How to survive New Year's in Croatia

New Year's Eve in Croatia is much the same as it is in many other European countries. However, if you're a visitor or guest here, there are a few differences which you should be informed about. Here's our handy guide to surviving New Year's in Croatia.

Waking up on New Year's Day, your fridge should be fully stocked because the supermarkets are closed. If, in your haste to enjoy NYE, you've forgotten to get any food in, it's pretty much katastrofa and you'll be forced to go to a relative's, hungover, to beg for a meal. Your only other choice is the gallons of French salad (sometimes called Russian salad) that remain festering at the back of the fridge from Christmas. Don't. Do. It. The stores close from early on NYE afternoon. 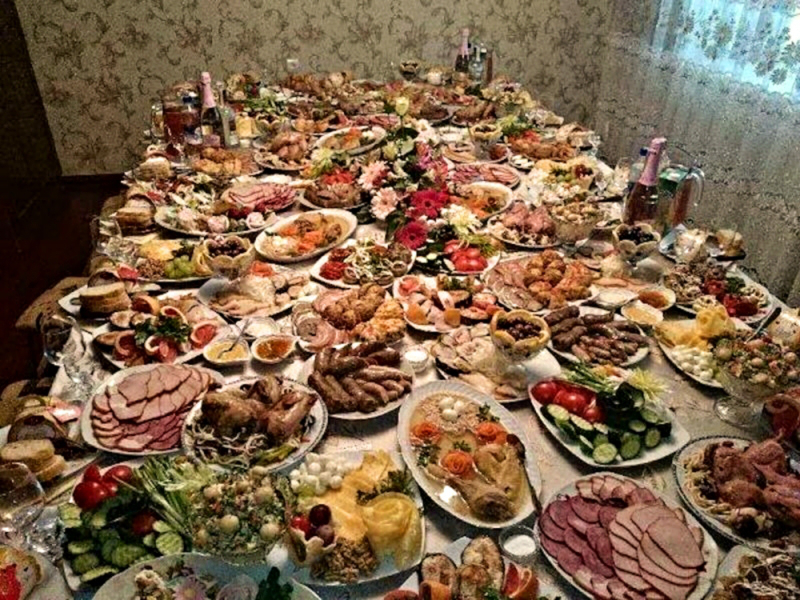 Lining your stomach with something substantial before a full night of partying is essential. Now is not the time for you to be visiting that exclusive new sushi restaurant so you can put minimalist food pictures on your Instagram, imagining you are some manner of 'influencer' (none of your old Facebook friends will believe that anyway because they can still see that five-year-old picture of you on the family tractor). Stay old school; sarma, roasted chicken, pig and cabbage cooked 1000 different ways - go for the stodgy, reliable Croatian classics before you go out. 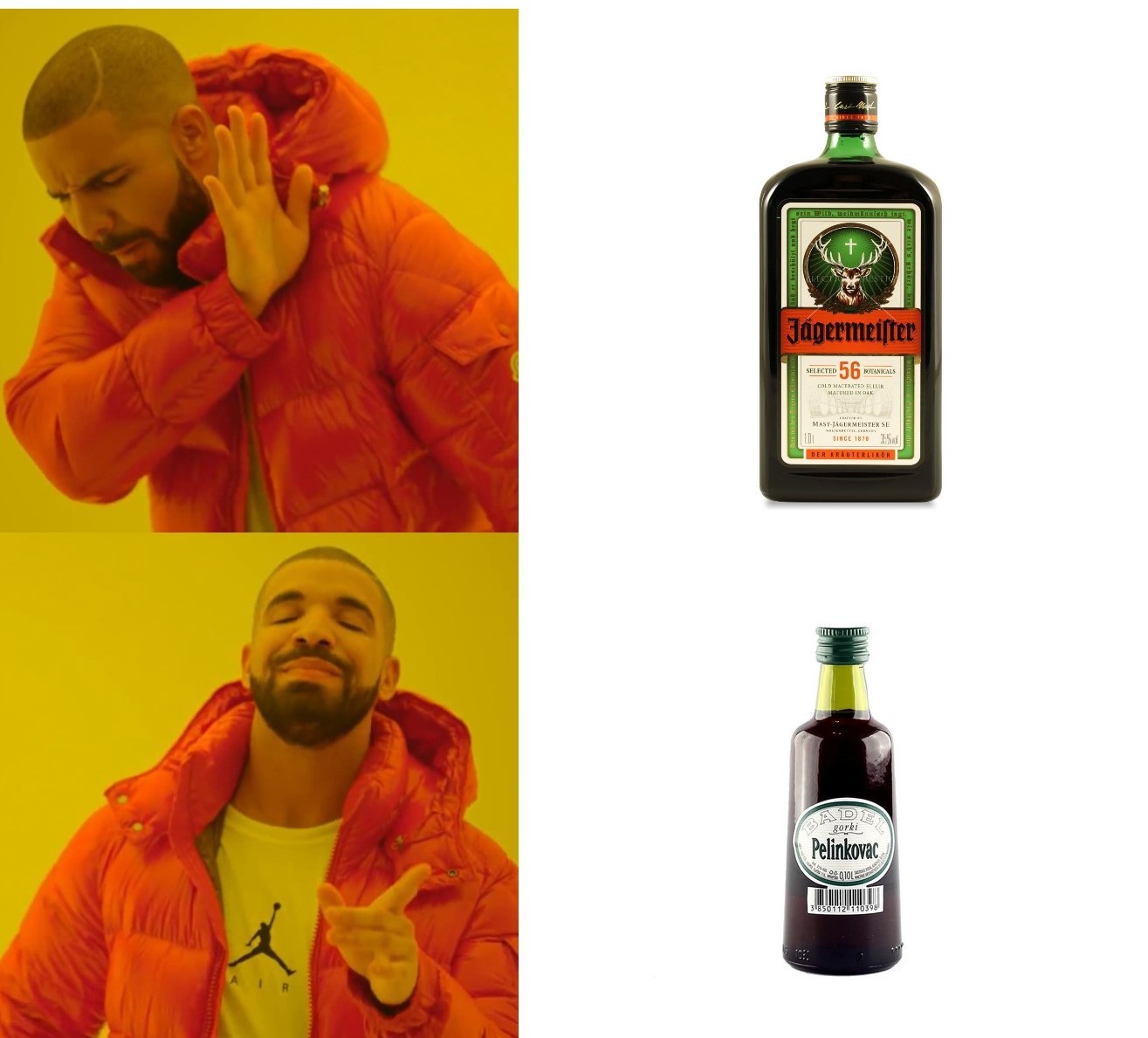 This is Catch 22; mixing your drinks is a sure-fire way to guarantee the hangover from hell. Yet, if you decline to take a shot when one of your Croatian friends spontaneously gets a round of rakija in, you'll be looked at like you are some kind of monstrom. The choice is yours (Croatians always choose the hangover from hell option, perhaps because the way other people view them is infinitely more important than anything as irrelevant as self-preservation)

Want to avoid the chilly streets, the crush of people and the inability to get a taxi? Stay home. Spending your New Year with your family, a special someone or a small group of friends can be a lovely experience. Be warned; it can also be a bit boring compared to previous New Year's and there's no guarantee that come 2am you won't be getting the urge to disown them in order to go join your friends screaming Ceca songs in your favourite club.

One of the best things about Croatia on New Year's Eve is fireworks. Yeah, but it's the same in every country, right? Wrong. Croatia may not have the millions spent on fireworks in London or some major Chinese city, but they more than make up for it with enthusiasm. Whole town and cityscapes come alive at midnight under a blanket of thrilling, colourful explosions which seem to last forever. This is a good time to get a high vantage point and certainly it's the best time of year to live in a tower block. Even your spoiled friend, who usually makes pathetic excuses of why they can't come visit you in your poor part of the town, will know this and may ask to come over. Tell them no.

Clubs look a bit expensive and money's a bit tight? Go to a house party. It's a great way to spend a fun evening with the best friends and the best music. But, there are rules. You'll probably have to take your shoes off inside, unless it's a formal gathering with many, many people. Just follow their lead and definitely don't wear socks with holes. Remember to take enough alcohol; it really isn't fair for your host to shoulder the full financial burden. If you don't take enough, chances are you're going to end up drinking some ungodly concoction like gin and Cedevita at 5am when nothing else remains. Don't play board games; there's always someone who gets drunk, a little too competitive and then childishly storms out at 3am with their booze and goes to sit alone in the freezing Zrinjevac park just because you didn't let them conquer Prussia. Avoid.

You have to join the toast every time they do it in Croatia. Yes, in normal countries, once in an evening is enough. But not in Croatia. Even if you have one good-natured friend who annoyingly wants to raise a glass three times in the space of one bottle of beer, you've got to go along with it or you will look miserable. And, you've always got to look your Croatian friends in the eyes while saying cheers or živeli. You might have spent your whole life elsewhere watching the glasses in this scenario to make sure there are no spills. Not here. You will be treated with anything from suspicion to derision if you do not look Croatians in the eye when you say cheers to them. It's easier if you're doing it with one person. The co-ordination required to ensure you look a group of people in the eyes during a toast is simply inhuman. This is one of the trickiest things to learn in an everyday Croatian social scenario. It's more difficult than learning how to say 'nj' and 'lj' and even more difficult than understanding Croatians inability to logically and politely queue (yes, people who try to get in the tram or even the lift while we're still trying to get out, I'm talking about you).

8) Party in the streets

There is no such thing as weather that is too cold, there is only inappropriate clothing. Croatians love partying outside (indeed, for the rare sight of a male Croatian cooking, you should definitely check out one of their summertime barbeques). Join them in doing so. It's a great way to soak up the brilliant atmosphere, you'll be able to see the awesome fireworks and if you're in a Croatian town or city you'll probably be serenaded by some Croatian-language pop or rock star whose music sounds as contemporary as a Bon Jovi b-side from 1992. Lucky you!

Most Croatian nightclubs are places where the language barrier thankfully disappears and visitors can feel at home. What Croatian clubbers lack in enthusiasm and dancefloor passion, they more than make up for with their friendliness. It's a great place to meet new friends and prolong the party until the sun comes up. If you're in the capital city of Zagreb there are tonnes of great options and the clubs will play music that anyone can relate to. That is, unless it's a cajke club...

Cajke is the trashy pop-folk music, mostly from Serbia, which patriotic Croats love when they've had a few drinks. The clubs that play this music are really something else; smashed glass-covered floors, insanely drunk people in dubious fashion items, and full bottles of spirits delivered to your table under a fanfare of AK-47 fire*, pleasingly shaming the table next to yours who can only afford to drink bambus. Who says you have to be classy on NYE? 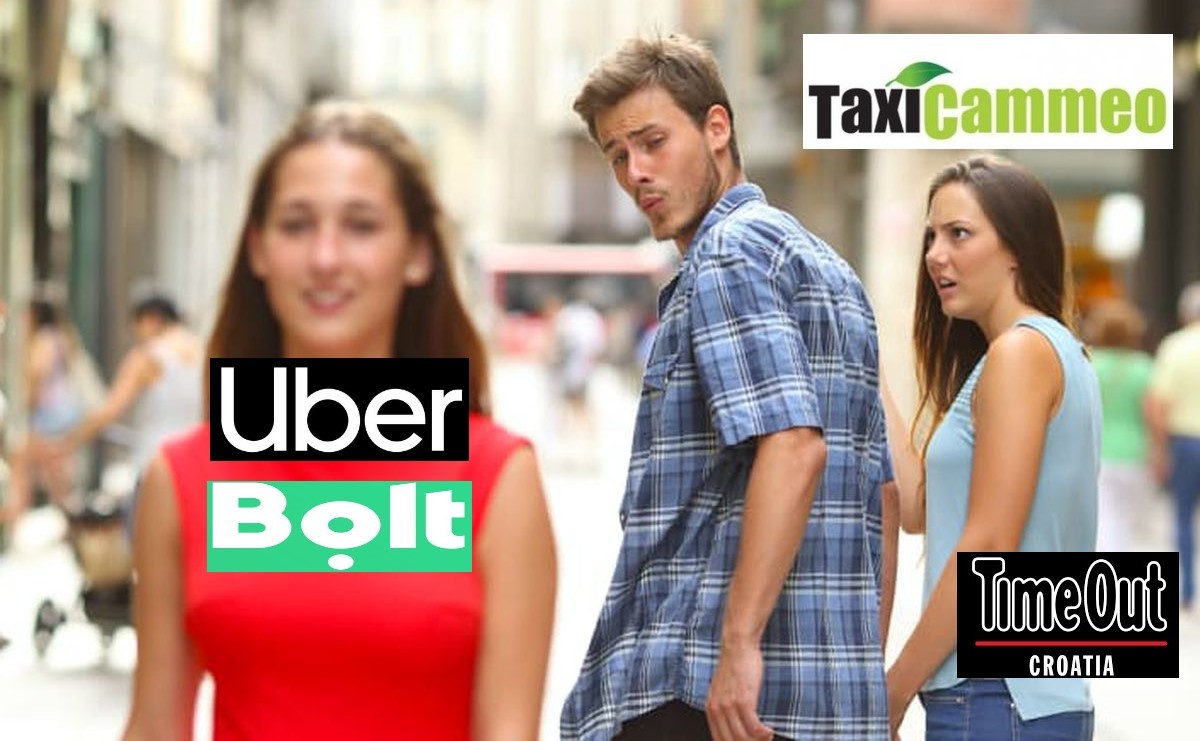 After Croatia gained its independence, a free market economy took over and the results were a mixed bag. International fast food chains arrived. Yay, said the youth. Many people from continental Croatia could no longer afford to even glimpse the Adriatic. Boo, said the people of continental Croatia. But, in the slow march of Capitalist progress in Croatia, a shining white knight appeared on the horizon. Cammeo taxi arrived and rescued the proletariat from monopolistic taxi mafias, ensuring you no longer needed to choose between eating that week or paying a huge price for a ride across town. But, after a few years, progress continued and app-aware new friends arrived. What's that? You don't have to call some frustrated guy in a taxi call centre in Zagreb anymore? You don't have share your taxi with a woman who insists on being dropped off first with her vomiting dog? Yay, you love your new app friends! But, your new friends didn't tell you they would double their fares at the slightest suggestion of rain or on busy nights like weekends and New Years Eve. Don't like your new mates much now, do ya?