A local's guide to Brtonigla

Emmy-winning travel host Ashley Colburn guides us around her adopted home, the hilltop town of Brtonigla in Istria

I’ve spent years travelling around the world but I consider Istria home. This northwestern peninsula offers surprises at every turn. Scenic towns rise up out of the hills, with cobblestone streets playing host to a languorous Mediterranean life, overlooking sun-drenched vineyards and rows of spindly olive trees.

From its crumbling stucco walls to its winding alleyways, Brtonigla’s postcard-perfect scenery is what first attracted me to the town. I’m usually woken up by the roosters in the morning, or by the bells from the nearby church. Mornings are spent sipping macchiatos under the shaded canopy of the café, the beating heart of the town. For village gossip and homecooked Istrian dishes, Primizia is my favourite local restaurant.

Brtonigla is best explored by bicycle or foot. The gleamingly green Skarline Nature Park is just a few kilometres from the town square. A verdant canyon with a stream crisscrossing through, it’s a fabulous place to cool off in summer. Bike paths connect the hilltop towns, so the park is easily accessible to cyclists. This path brings you to yet another natural treasure, set beneath the ground. Mramornica Cave is one of the biggest and most breathtaking caves in Istria. A parade of icicle-shaped stalactites and stalagmites, its naturally cooling chambers are used by locals to store their wine at just the right temperature.

I first discovered Brtonigla after staying at San Rocco, a beautifully restored farmhouse surrounded by an olive plantation. This hotel has helped to put Brtonigla on the map, with its Michelin-recommended kitchen and effortlessly romantic atmosphere. A family-run business, the Fernetichs show what real Istrian hospitality is all about. Offering 14 rustic yet upscale rooms, replete with old wooden beams and period features, this hotel provides an intimate, boutique experience. If you’re looking to get away from it all, San Rocco provides a wellness centre with a pool and lounge overlooking a garden of majestic, winding olive trees. Celebrated for its gastronomy, the slow food tasting menu changes with the seasons and dishes are perfectly paired with local wines. The oil splashed over your salad is pressed from the hotel’s own olive groves – you can even buy a bottle to take home. 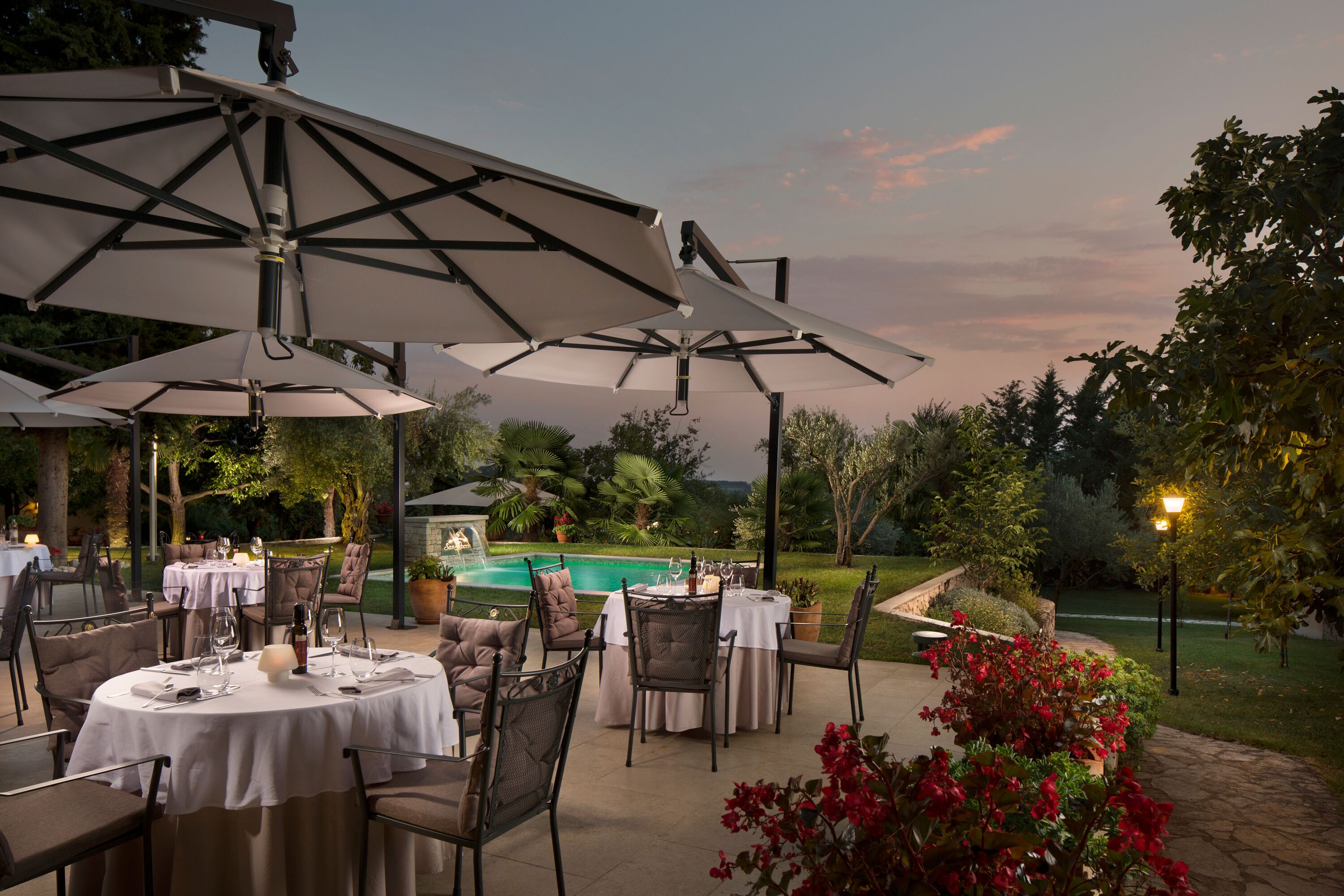 I have to admit, I’m a regular at Cattunar Vineyard – they produce excellent Malvazija wine and it’s within easy walking distance from town. North-west Istria is the only place in the region where you can find grey, white, black and red soil, and producers make wine varieties in all four types. You could spend the whole day touring the vineyards around Brtonigla alone. I would suggest trying Veralda’s award-winning Teran or their sparkling wine, a lovely summery drink, but you can also prowl local farms and try wines made by small-scale family producers.

Brtonigla is perfect for families. Istralandia, Croatia’s most exciting waterpark, is based right here. Voted the second-best waterpark in Europe, it’s a cavalcade of fun water-based activities, from wave pools to daredevil slides and toddler zones for younger children. Truthfully, the adults enjoy it as much as the kids do.

Make sure you’re here in August for Brtonigla’s main summer event. St. Roch’s Feast honours the town’s patron saint, and the village buzzes with life as thousands come to drink, eat and party into the morning. My favourite event is the brilliantly eccentric Balinjerada contest, when locals and their kids build non-motorized carts and fly them down the hill at lightning speeds. But this isn’t the only thing racing through the streets. The next day, locals, tourists and adventure junkies ride Istrian donkeys in the town’s celebrated annual donkey race, culminating in the main square where the celebration continues for days. Don’t miss this year’s St. Roch’s Feast, from August 14-16 2019.

Ashley's top five things to do in Brtonigla 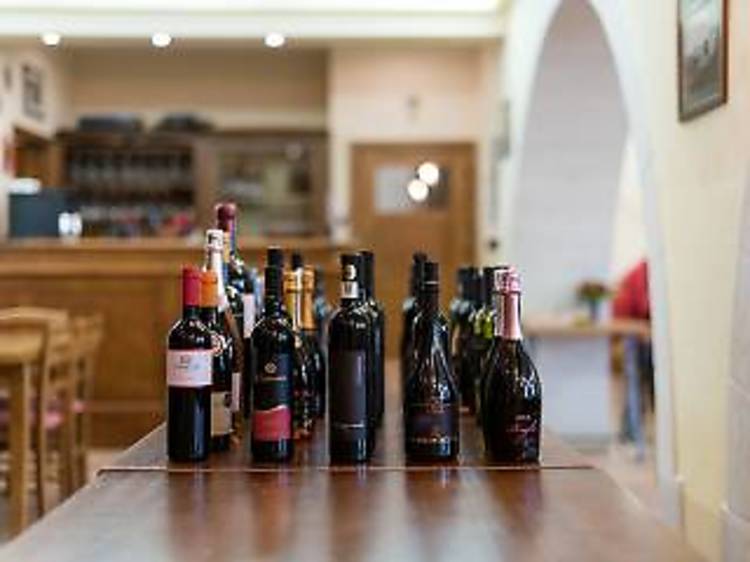 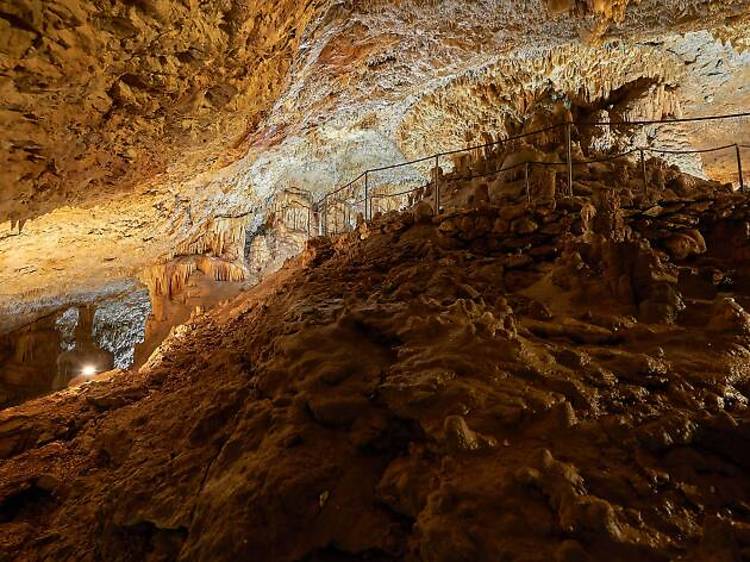 Admire the glittering stalactites and stalagmites as you descend beneath the earth. 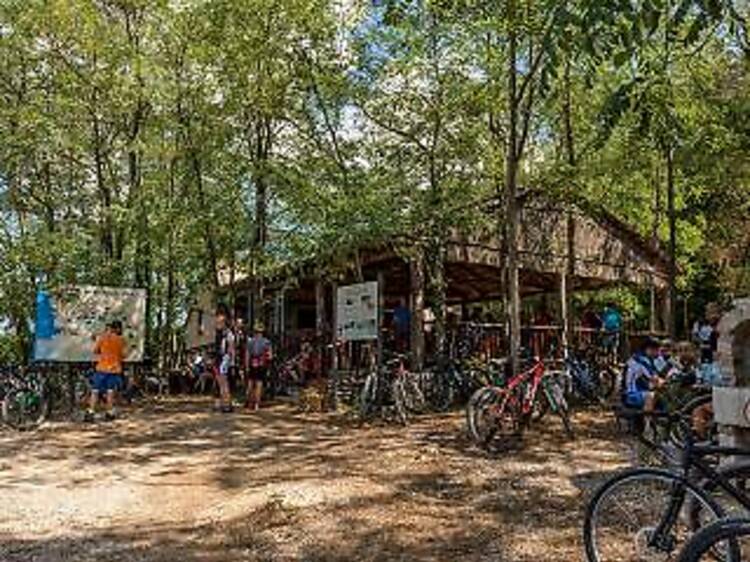 Cycle to Nature Park Skarline – and beyond

Get on your bike and stop to cool off at the gorgeously green Skarline and its natural springs. 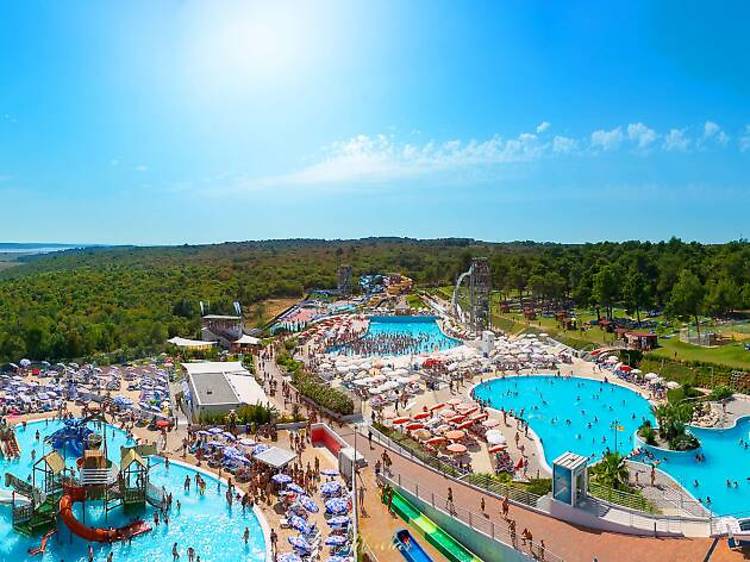 Dive into Istria’s biggest and best waterpark – for kids and grown-ups. 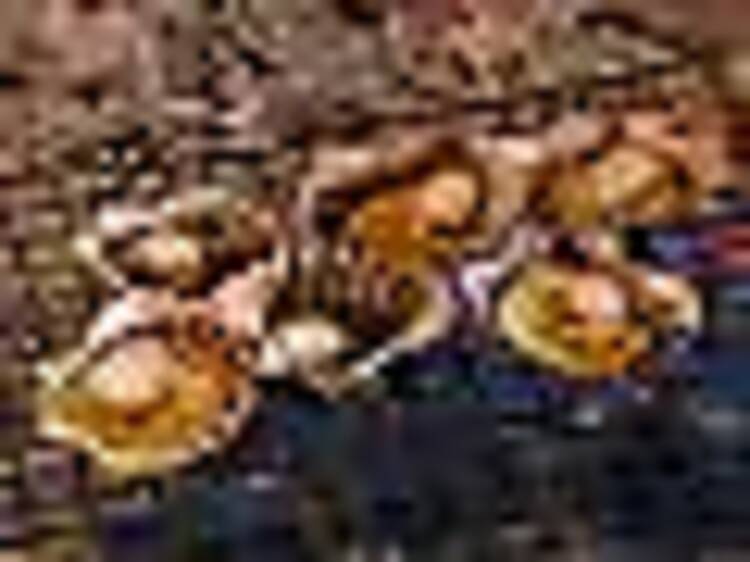 The hilltop town of Brtonigla is a foodie hub and boasts a crop of fabulous restaurants – my picks include San Rocco, Food & Wine Primizia, Konoba Astarea, Konoba Silvano, Konoba Morgan and Agroturizam Vinerino.