Istria feels separate from the rest of Croatia. Christened 'Terra Magica' by the Romans, this small, triangular peninsula was part of Italy until after World War II. Istria has its own, celebrated gastronomy, and a range of great delicacies which include wines, prosciutto (pršut) and olive oils. Nothing is ever too far away, and its interior is every bit as beautiful as the coast. Remnants of Istria's Roman, Byzantine and Habsburg past can be found in its churches, sites and museums. You can spend the day at the coastal resorts of Rovinj, Poreč or Novigrad and dine luxuriously in the main town of Pula, home to some excellent restaurants. North-east, towards the Slovenian border, is a small hub of quality Istrian restaurants and spa retreats. Inland is dotted with timeless hilltop villages like Grožnjan, Motovun or Hum, and restaurants that Italians cross the border to savour. On the wilder, less-developed east coast, Rabac has seen a number of recent, family-friendly or boutique hotel openings. Oddities such as Tito's surreal island menagerie of Brijuni make a longer stay in Istria a varied and attractive proposition. 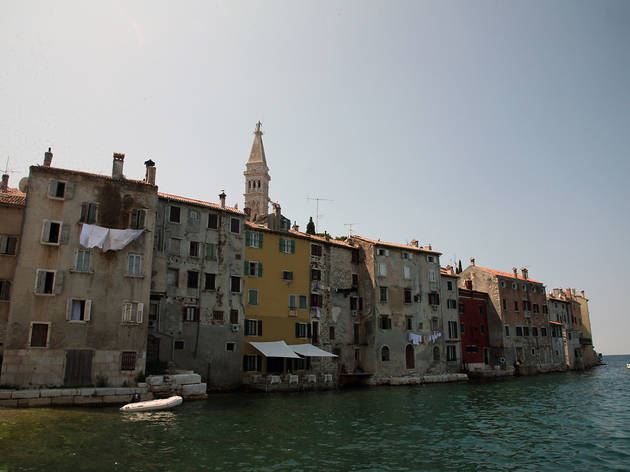 Rovinj is Istria’s showpiece, its answer to Dalmatia’s Dubrovnik, with far fewer crowds and a more realistic view of itself. It maintains a meticulously cared-for old quarter and extensive tourist amenities without feeling fake or overdone. The natural setting is stunning: a harbour nicknamed ‘the cradle of the sea’ by ancient mariners because the archipelago of islands, stretching from here to Vrsar, ensured calm, untroubled waters. The man-made structures in the Old Town are also attractive: tightly clustered houses, painted in cheery Venetian reds and Habsburg pastels, connected by cobbled streets barely wider than a footpath. RECOMMENDED: More great travel destinations in Croatia. 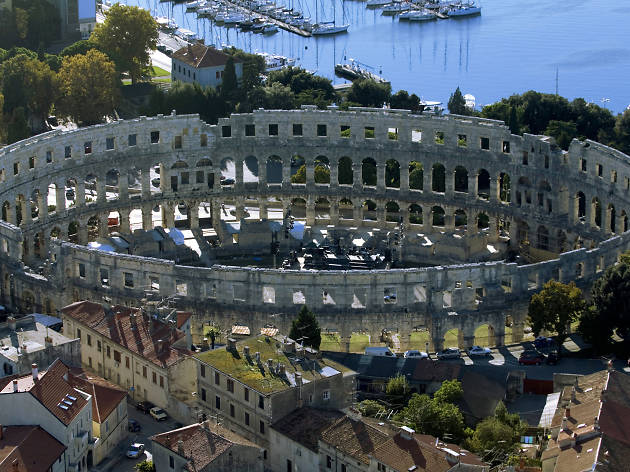 Pula is as urban as Istria gets. It is indisputably the region’s commercial centre, and is home to almost half its population. The city’s growing status as a happening focus of the arts has been enhanced thanks to two recently opened exhibition spaces: the spectacularly renovated former church of Sveta Srca; and the ramshackle but promising Museum of Contemporary Art of Istria. The Pula Film Festival in July continues to be the biggest show in town, although the city has been catapulted into the music festival premier league with the recent appearance of two major four-day events: Outlook (big names in dubstep and reggae) and Dimensions (the same but with some more cutting-edge DJs). What the town lacks in terms of attractive waterfront it more than makes up for in terms of antiquities. The original Roman Forum remains the major meeting point with cafés offering outdoor tables. Pula’s impressive Roman amphitheatre, or Arena, hosts events all summer. The city’s sprawling waterfront includes a port handling close to one million tons of cargo every year, a marina for yachters, a forested stretch of beach with a promenade and, outside the centre, resorts, built in the 1960s and 1970s in Verudela and neighbouring Medulin.  RECOMMENDED: More great travel destinations in Croatia. 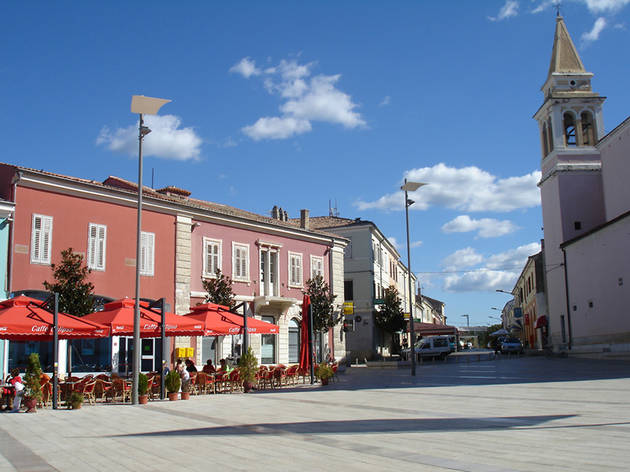 Poreč is something of a cross between Pula and Rovinj, although neither as street-smart nor as bohemian. It can be hard at first to recognise its true value. Hoards of visitors fill the treasured sixth-century Euphrasian Basilica, the ancient square built by Romans and the scores of restaurants, cafés and package hotels. RECOMMENDED: More great travel destinations in Croatia. 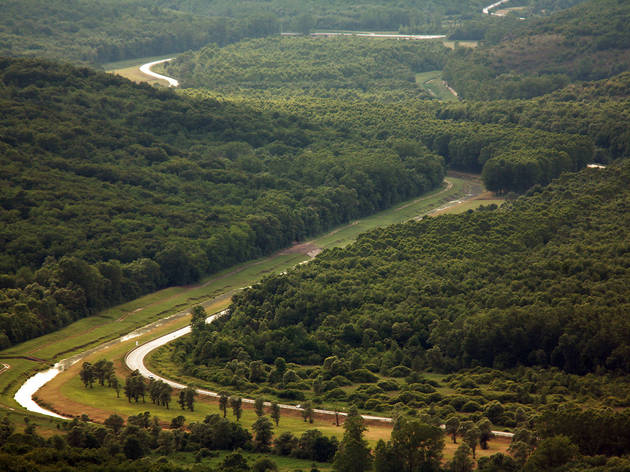 Motovun – Montona to the Romans – is one of the most beautiful and best preserved of Istria’s medieval hilltop settlements. These days it’s best known for its film festival, which transforms this otherwise sleepy town into a cultural and party hub for one week every summer. It’s on the summit of a277-metre (910-foot) hill in the middle of the Mirna Valley, surrounded by truffle-rich forest. When the prehistoric settlement was founded, it would have been surrounded by water. The estuary stretched right up to the ‘Gates of Buzet’ at the head of the valley. It was down this inlet that Jason and his Argonauts are supposed to have fled after capturing the Golden Fleece. From its strategic position, Motovun controlled the merchant routes across the valley floor on the way to the coast. Although depopulated after the Italian exodus in 1945, a new wave of inhabitants, including artists and writers, set up home here. The result is the Motovun Film Festival, started in 1999. RECOMMENDED: More great travel destinations in Croatia. 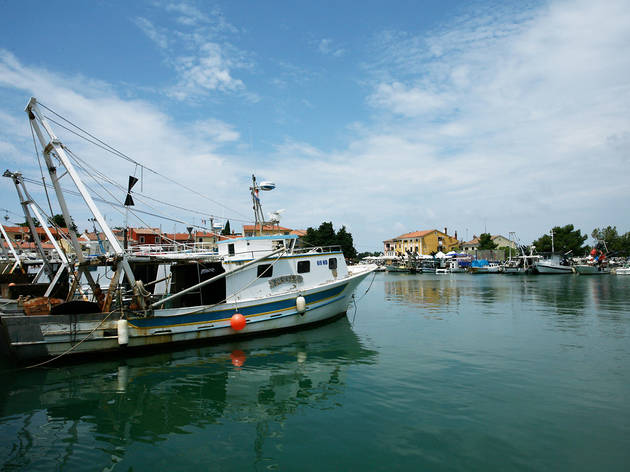 Located north towards Italy, its compact centre attracting day trippers from over the border, Novigrad can seem like a humble resort town by Istrian standards. It’s neither as posh as Rovinj nor as packed as Poreč, but that’s precisely why this can be a charming location for a relaxing time by the sea. Instead of being crammed with tourist businesses, the seaward tip of Novigrad’s Old Town peninsula has a shaded park and a waterside walkway. Still, for a community of fewer than 4,000 people, Novigrad finds room for a surprising number of decent bars, hotels and restaurants. The more modern part of town stretches less than 1 kilometre east, to the bus station and a small hotel complex.  RECOMMENDED: More great travel destinations in Croatia.