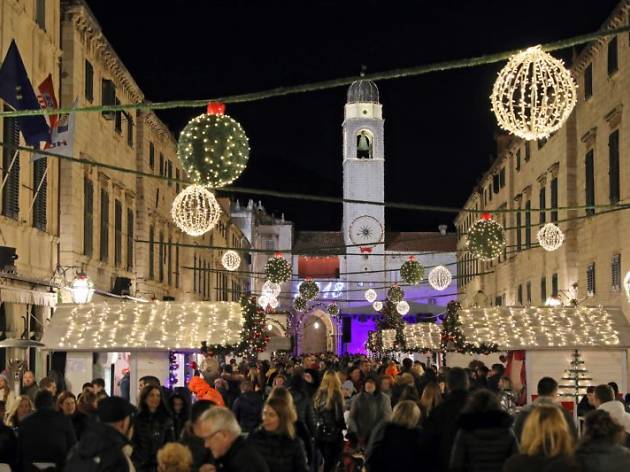 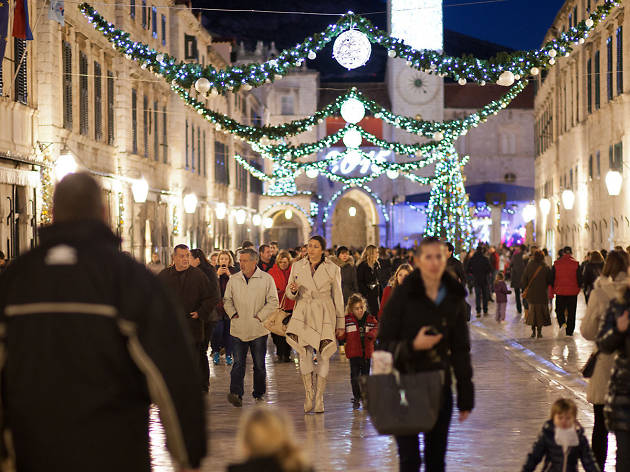 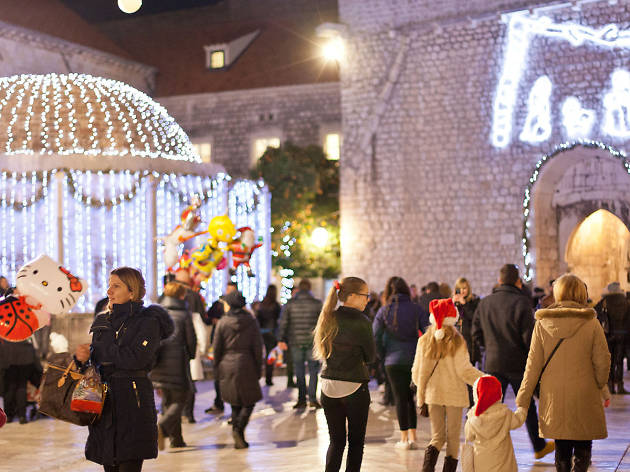 With its international airport less affected by seasonality than others, the ancient walled city of Dubrovnik is still connected with direct flights to Frankfurt, London, Istanbul, Warsaw, Rome, Barcelona, Athens and Zagreb throughout the winter. And it's a good time to visit if you're looking for a romantic Christmastime break or a city weekend getaway. Following its successful Summer Festival, this Yuletide companion continues Dubrovnik's excellent reputation for music events. Its official opening sees popular female pop group The Frajle perform in front of the Church of St. Blaise on November 30. Famous Croatian singer Gibonni appears at the same venue on December 14. A Christmas concert will be held at the Hotel Lacroma on December 21 in which The Dubrovnik Symphony Orchestra will be joined by Dubrovnik choirs, traditional klapa groups, soloists, soprano Valentina Fijačko and pop singer Vanna will perform traditional Christmas songs and favourites.
Traditional Dubrovnik Christmas dance the Kolenda can be seen on December 24 and 31. On the former, it will be accompanied by Christmas carols, the folklore ensemble Linđo, the Libertas choir and Dubrovnik Brass Band in front of the St Blaise church. On the latter, klapa groups, popular singer Mia Dimšić, pop-rock group Parni Valjak and others will join the NYE party taking place across the whole Stradun. On New Year's Day, enjoy oysters, champagne and the Dubrovnik Symphony Orchestra on Stradun from midday. Outside of the music, there's a seasonal gastro offer which takes in Cod Fish Days, free guided tours every Saturday morning, the Christmas Fairy Tale for youngsters on December 21 and the 12th annual edition of the charity-supporting Cake Party on December 14.