Everything you need to know about the romantic town of Rovinj

On the beautiful west coast of Istria, romantic Rovinj is the perfect destination for those yearning after the enchanting atmosphere of the Mediterranean

The town began life as a romantic island before being joined to the coast. This resulted in a compact centre with houses hugger-mugger, narrow streets and small squares, still untouched by modern urbanism. These charming thoroughfares lead you into a distant past and will have you reaching for your device to capture its beauty. On the seaward side, the town is shielded by the shaded coast and the walls of the houses built on the cliffs – on the mainland, by strong defensive walls. Chimneys are another characteristic feature around the Old Town, declared a monument of culture in 1963. All of this is preserved to this day.

Rovinj was originally the isle of Mons Albanus. The first archaeological traces of civilisation date back to the Bronze Age and the Old Town started to develop as far back as the 3rd century AD. At the beginning of the 18th century, the town started to expand beyond its walls to the mainland and the decision was made to fill in the channel between island and mainland in 1763. The Old Town is therefore a witness to times gone by and the invaluable achievements of its artisans. 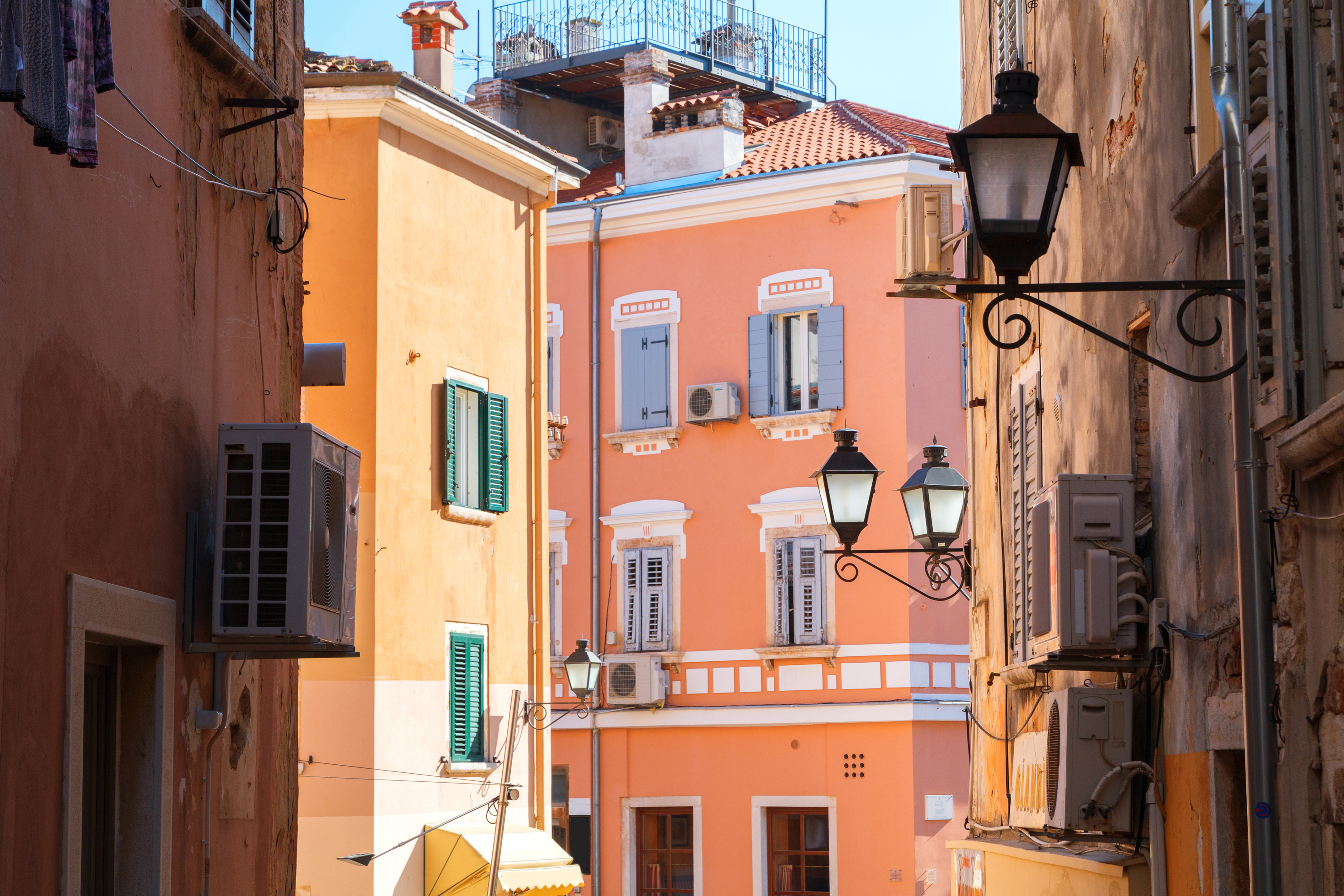 Once you step through the Balbi Arch and enter the Old Town, you find yourself in a different dimension. Picturesque streets take you to the top of a small hill, where you find the largest and most significant monument in town – the Church of St Euphemia. This Venetian-style Baroque building is dedicated to the saint and martyr whose sarcophagus, according to revered legend, was miraculously washed ashore somewhere around AD 800.

The Rovinj Heritage Museum, located in the Baroque Palace of the Counts of Califfi, exhibits priceless works by Old Masters, archeological finds from prehistoric, Roman and medieval times, examples of Rovinj’s rich maritime and fishing traditions, and works of contemporary art. 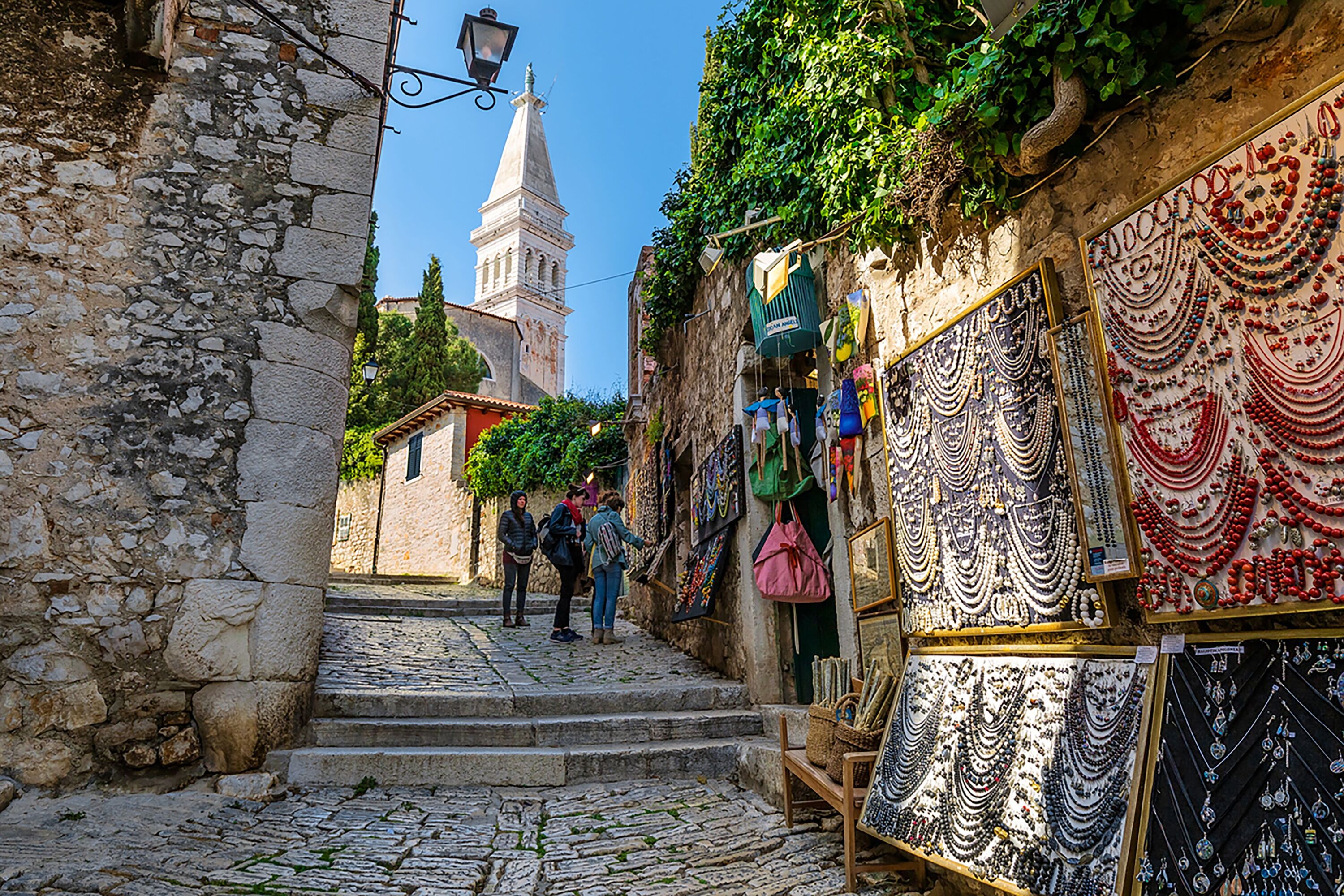 Narrow streets then head towards Grisia, a paved and winding thoroughfare transformed into an outdoor art gallery every second Sunday in August, a cultural tradition dating back more than 50 years.

During the rest of the year, numerous artistic and sports events take place, such as the Rovinj Polo Beach Cup, the Summer Salsa Festival, the Baroque Music Festival of BaRoMus, St Lawrence’s Night and the Summer Festival, with classical music concerts and exhibitions in several museums and galleries.

You’ll find numerous natural wonders and cultural gems in such a surprisingly small area. The coastal zone between Rovinj and the Lim Canal, the nearby islands and hinterland, create a landscape of beautiful oak and pine forests. Here, the Golden Cape, Zlatni Rt, also known as Punta Corrente Forest Park, is a significant tourist and natural attraction. The Palud Swamp is a special ornithological reserve with more than 200 bird species, while the Monfiorenzo Quarry is a protected geological monument of global value.

Fascinating traces of history can also be found around Rovinj. The archaeological site of Monkodonja is a hill-fort settlement inhabited between 2,000 and 1,200 BC. Don’t miss, either, the burial mounds of Mušego.

Things to do in Rovinj: our writer's pick 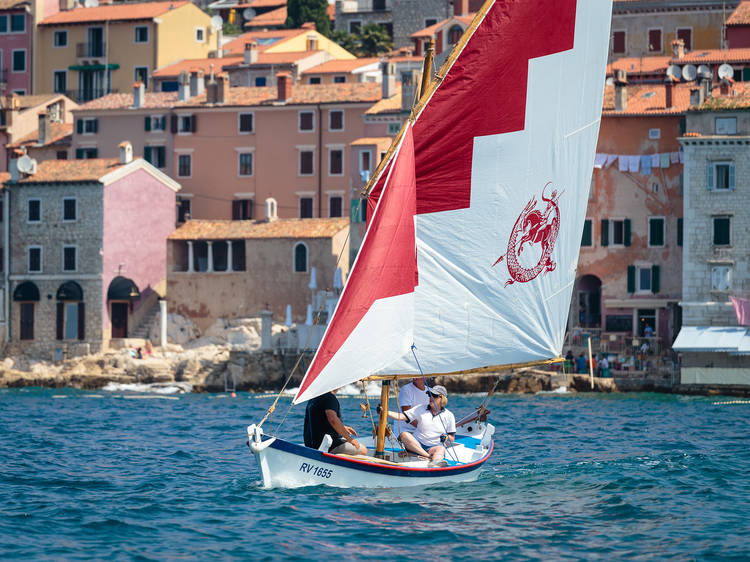 Rovinj has always been oriented towards the sea and its fishing tradition dating back centuries has been preserved to this day. The art of making classic batana boats is inseparable from the melodic lore of Rovinj embodied by the bitinada, an authentic musical expression characteristic of local folk songs. According to tradition, Rovinj fishermen created the bitinada during the long hours on their boats seeking a catch or repairing their nets. Since their hands were otherwise occupied, they thought of a way to achieve a top-quality orchestral performance just using their own voices. The Rovinj bitinada and the art of making batanas are included on the list of protected intangible cultural heritage of the Croatian Ministry of Culture. During the summer months, locals and visitors can witness how a batana is built. In the evenings, outside the Batana House Eco Museum, a Rovinj ship builder or kalafat constructs the craft, which will then be launched later in the summer. 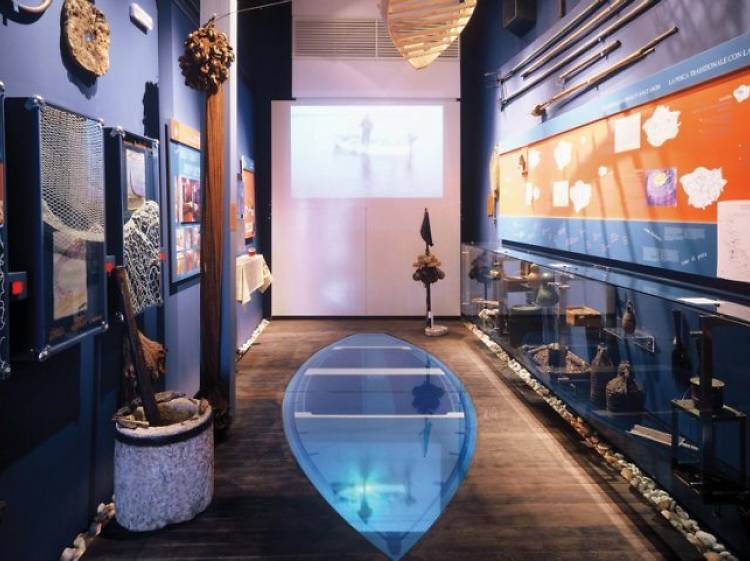 Around Rovinj, harbours sheltered from the wind are still home to many Rovinj batanas, wooden flat-bottomed boats, which have received UNESCO patronage due to their long-lasting and characteristic wooden construction. This led to the opening of the Batana House Eco Museum, a dynamic project that, besides housing a permanent exhibition of batana boats, fishing gear and accessories, illustrates tradition with lively events combining past and present. This is, above all, the story of an ancient boat that is still part of the everyday life of Rovinj. The museum is also listed as part of the UNESCO Register of the world’s best practices for the safeguarding of intangible cultural heritage.