Great things to do in Šibenik

Looking for things to do in Šibenik? Read our travel guide for attractions, sightseeing, museums and more...

First mentioned in 1066 by King Petar Krešimir IV, Šibenik is one of few coastal towns with a Croatian rather than Greco-Roman heritage. However it was the long period of Venetian rule (1412-1797) that left the deepest imprint, and most buildings in the centre, including the Cathedral of St James, date from this era.

Across the square from the Cathedral, the newly restored Bunari, a medieval water cistern, was initially redeveloped as a private museum project; its future is currently uncertain. Down an alley by the Cathedral is the recently refurbished City Museum occupying what was the Duke’s Palace, covering the history of Šibenik from prehistoric times to the present day. Much of the large permanent collection is in storage, although there are regular temporary exhibitions accessed from the museum’s entrance on the Riva.

After three further churches on Zagrebačka, the steeply-stepped street emerges at St Mihovil’s Fortress (open dawn-sunset; 10kn). Built during Venetian rule as protection from the Ottomans, this now decrepit structure rises on the site of an earlier stronghold. Nothing impresses so much as the rooftop and the view across the estuary to the surrounding islands. 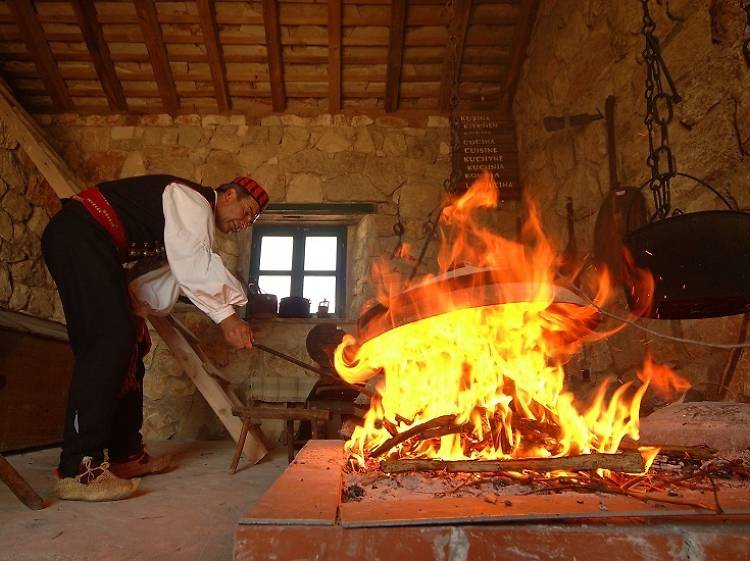 This new and ambitious theme park illustrating the traditional Dalmatian way of life is a short drive from Šibenik in the village of Pakovo Selo on the road to Drniš. Unassuming on the outside, the walled complex contains an ensemble of green-shuttered stone houses, each filled with the kind of rustic furnishings that would have been in domestic use a century or so ago. Local activities like pršut-making and rakija-distilling form an important part of the display, and Dalmatian folk songs are performed on summer weekends.  Etnoland can only be visited by pre-booked tour, which lasts one-and-a-quarter or three-and-a-half hours (the latter includes lunch). Individual visitors should enquire in advance about the possibility of joining a tour, or negotiate a price based on how many of you there are and how long you want to stay. 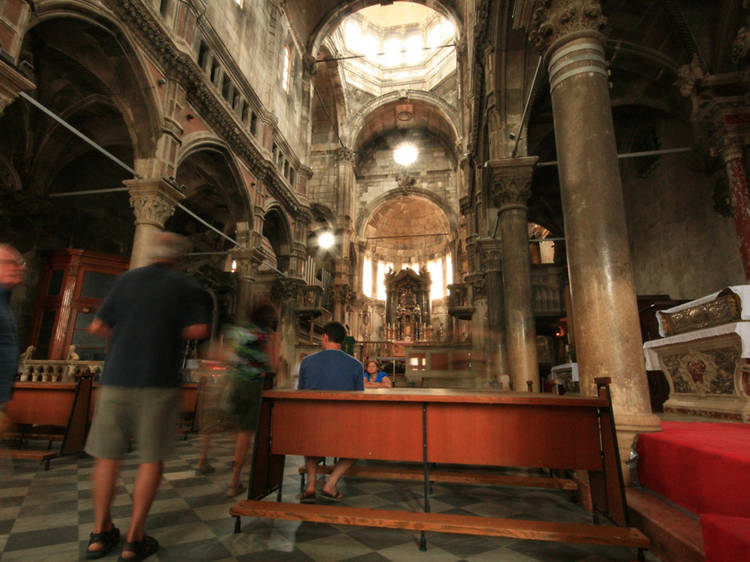 Gothic and Renaissance fuse beautifully in this monumental three-aisled basilica. Hampered by plague and fire, it took over 100 years to build, with the work overseen by a series of architects, most notably the Zadar-born Juraj Dalmatinac and his successor Nikola Firentinac. The cathedral was eventually consecrated in 1555. An Ivan Meštrović statue of Dalmatinac stands outside the main entrance. Inside, the features of note include the octagonal cupola; the stunningly ornamented baptistery with a vaulted ceiling displaying angels and cherubs; and an external wall frieze that manages to span all three apses. This features 74 sculpted stone faces of prominent Šibenik citizens, allegedly those who refused to contribute funds. During the 1991–95 war, the unique vaulted roof of interlocking stone slabs was badly damaged and it took a team of international experts to rebuild it.

Opened in 2007, fully restored after a century of neglect, the garden of the St Lawrence monastery complex is the only one of its kind in Croatia and is surprisingly rare in Europe. The restoration was completed by award-winning landscape architect Dragutin Kiš and follows pathways designed in a cross, with areas filled with sweet-smelling medicinal plants and herbs. There’s a modern café right by the entrance. Tourist events (run by the Cromovens tourist agency on the main square of Trg Republike Hrvatske (No.4, 022 212 515) include the torch-lit ‘Medieval Evening in Dalmatia’, with a traditional three-course meal served by staff in medieval costume to the sounds of Dalmatian music.