Rijeka, the Port of Diversity, is receiving its most high-profile year on the international stage, thanks to its status as European Capital of Culture 2020. One of the most desirable aspects of this status is the cultural legacy the year leaves in its wake. Now in its seventh year and organised by Rijeka's most passionate live music promoters, Distune, Impulse Festival is as valuable a cultural asset as any in the city and its guaranteed return in 2021 is assured. Taking place over a week, the festival sees lectures, DJ nights and live concerts occur across several of the city centre's bars and clubs, with a daytime record and music fair also attached. Making Rijeka a special place to visit this and every year, here are all of Impulse Festival's events for the 2020 occurrence. 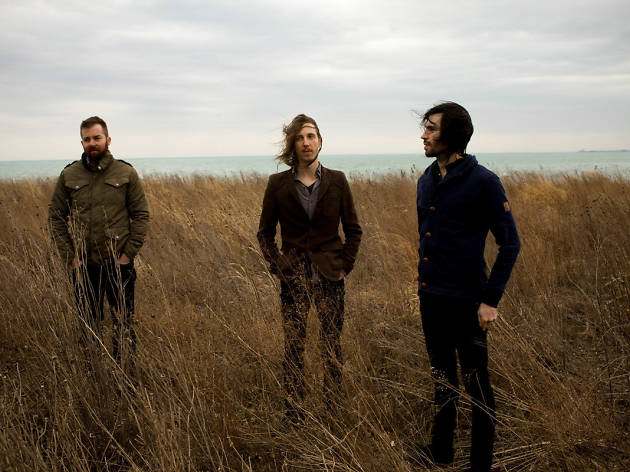 The opening and most high profile concert of this year's Impulse Festival sees the Croatian debut of American post-rock group Russian Circles (pictured) and of American alternative rock band Torche. Both appearances are exclusive to Rijeka and the bands have no subsequent dates planned in the country. Chicago trio Russian Circles play instrumental music, the absence of vocals assisting in creating a widescreen and cinematic edge to their music of great contrasts. Like fellow post-rockers Mogwai, they flit between avalanches of noise and beautiful, blissful melodic sections which create a thrilling juxtaposition in the live arena particularly. They have released nine albums since 2005, their latest 'Blood Year' (2019) being issued, like their previous four, on celebrated independent label Sargent House. Torche may take some cues from sludge and stoner metal, but this is a band who have traversed a wide section of music over the last 15 years and are subsequently perhaps best described as alternative rock. Their latest album, 'Admission', is their fifth. 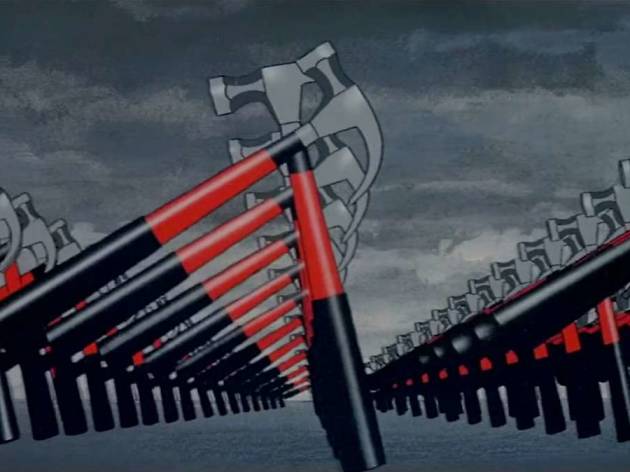 A music review of this rock genre which is loved and la,mpooned in equal measure. From the vintage sounds of Aphrodite's Child, Pink Floyd and Yes, through later inclusions like Genesis, Cardiacs and King Crimson right through to the modern meanderings of Radiohead, the prog-rock genre will be charted and critiqued by a well-informed authority and enthusiast. Rijeka-born musician and record collector Renato Ivančan will lead the event. Now living in Opatija, he has been part of that town's musical expression for many years and played in several prog rock-influenced bands. 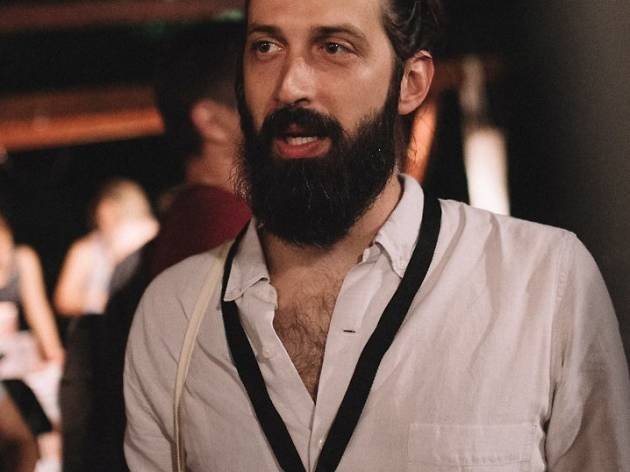 Moderated by Boris Ružić and featuring guest students Tea Dimnjašević and Josipa Laklija, this discussion panel will cover the cultural options and life available to students within Rijeka's many educational institutions. Boris Ružić graduated from the Department of Cultural Studies at the Faculty of Humanities and Social Sciences in Rijeka and earned his doctorate in interdisciplinary humanities. He is currently working as a postdoctoral fellow at the Department of Cultural Studies, Faculty of Philosophy in Rijeka in the field of visual culture and film theory. 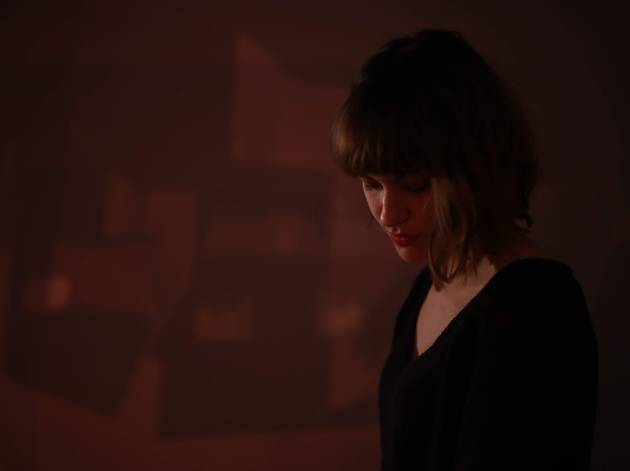 Nostalgia, romance and dreams are just some of the mental images produced under the influence of the soft acoustic pop, indie-folk and melancholy blues of Zagreb-based singer-songwriter Irena Žilić. Since her 2012 debut with the 'Days of Innocence' EP, she has released the albums 'Traveling' (2014), and 'Haze' (2017). 'Traveling' was proclaimed the fourth most important Croatian album of the last 30 years by the Croatian edition of Rolling Stone, Žilić was nominated for highly-regarded domestic award Porin in the Best Alternative / Club Album category and received the award for songwriter of the year on Croatian Radio. Žilić has also spent two years touring and collaborating with British band Morcheeba and is currently working on a new EP, 'Small Hours'. 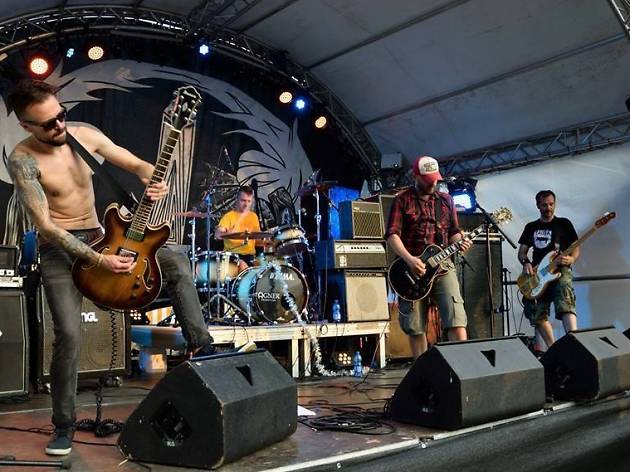 Heavy rock, grunge and a touch of the stoner and heavy blues subgenres at this inclusion of this year's Impulse Festival. Stonebridge (pictured) are a heavy rock and stoner-style band from Zagreb who have supported Kyuss and Monster Magnet, All The Suns are a Berlin-based band who are more indebted to grunge. 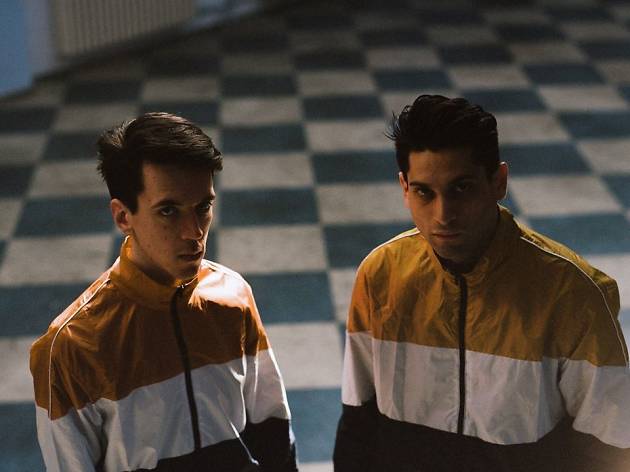 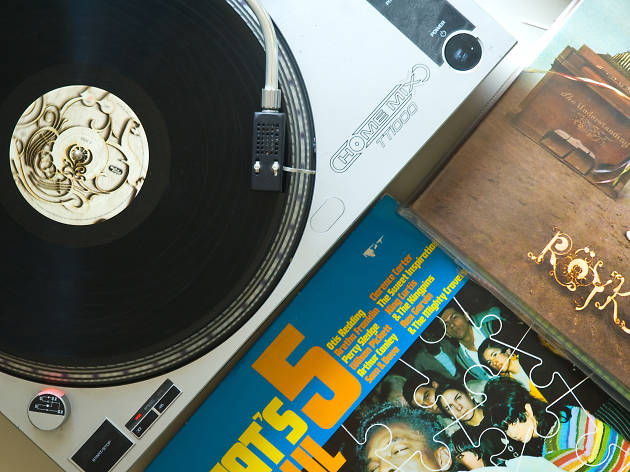 Rijeka's annual Impulse Festival once again add to their programme of concerts and conference a one-day vinyl record fair. The Saturday afternoon of the festival is reserved for this marketplace of secondhand and new vinyl, with enthusiastic sellers and buyers being drawn from throughout Croatia and the wider region. In addition to the beloved vinyl, there will be CDs and music memorabilia available too, plus friendly advice about home soundsystems and the shared passion of everyone attending – music. Admission to the fair is free of charge, and exhibitor registration is open via elektroroni@gmail.com until 24/2/2020. The record fair takes place in Kružna ulica. 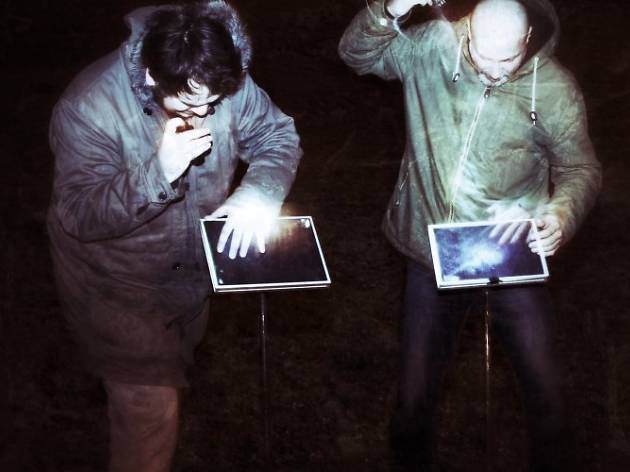 Electro-acoustic engineer and multimedia artist Miodrag Gladović aka Mijo aka Jomi Ajjomi is a Zagreb-based musician and songwriter who is already a veteran of past projects such as Analena, Lunar, Drotweiler and Lightune.G. Packmess GP is his first solo project and under this latest guise, he combines his post-hardcore and noise rock guitar roots with digital sounds and performance techniques. While all of the sound he makes will still come out of his guitar, he will manipulate the sound via two controllers and the hardware to which they are attached. Rather fittingly for this meeting of old and new techniques, the performance will take place in one of Rijeka's most singular boutiques, Peek&Poke, a store-cum-museum at which vintage computers and computer games are on display. 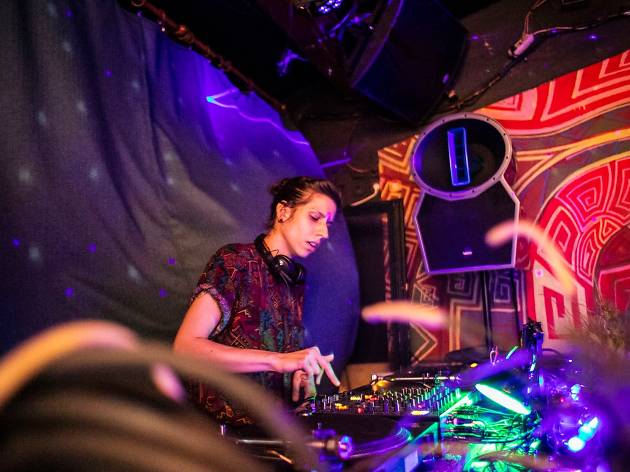 A DJ-led party for Impulse Festival, taking place at three stages of the evening in three separate venues. From 9pm, Pero Despero will kick things off in Nemo, a small, basement-style apartment venue. From 10pm, Maja Pa (pictured) from the Brave collective, a DJ from the Croatian town of Sisak but who is now based in the clubbing epicentre of Zagreb, will begin playing in the Tunel venue. From midnight, Pula-based DJ Minolta will begin playing in Club Život. A musically eclectic spinner, her sets can at times cover musics from the Caribbean, Balearics, Africa, Yugoslavia plus disco and house of the '80s and '90s. 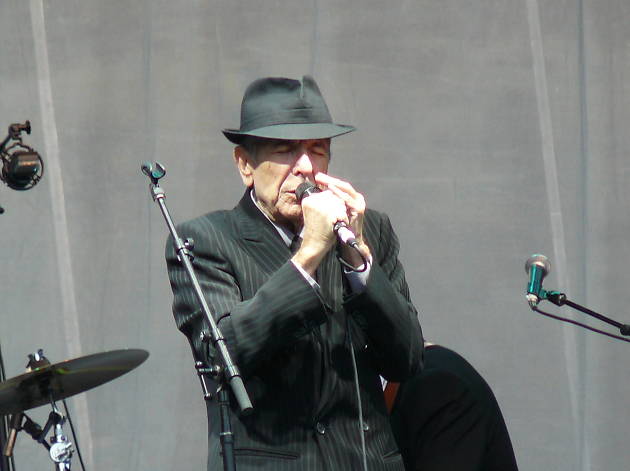 Last year's film by the renowned Nick Broomfield is already regarded as the most personal and most romantic of his career. The film contains never-before-seen footage of a young Leonard Cohen (an unknown fiction writer at the time) and a single mother, Marrianne, who join an art community on the Greek island of Hydra and whose friendship endures until Cohen's death in 2016. The movie's vintage shots show an idyllic bohemian lifestyle very much of the '60s. Such a great combination of art and love could not find a better spot for screening than the Port of Diversity in its year as European Capital of Culture.