Kristen Stewart: from vampires to the Oscars in seven movies

Kristen Stewart started her association with edgy filmmakers as a 12-year-old in David Fincher’s Panic Room, but it was her role as wan YA icon Bella Swan that sent her stratospheric, earning her a place in a billion teenage hearts and a standing invitation to the MTV Movie Awards.

Those fans have grown up now – and so has she. Her post-2012 IMDb credits now embroidered with captivating character work and daring choices. Not everything she’s touched has turned to gold: Attempts to reforge her as a blockbuster leading lady came to naught with the leaden Snow White and the Huntsman, while efforts to turn her into an Ellen Ripley-like action woman yielded Underwater, a subsea sci-fi that was about as fresh as a six-month-old kipper.

But those are the exceptions in a career that has hit major heights when she’s tackled strong women who seem to echo back her own smarts and complexities. She takes her craft incredibly seriously and has cashed those Twilight chips wisely, collaborating with singular filmmakers like Olivier Assayas, Kelly Reichardt and now with Princess Di psychodrama Spencer, Pablo Larraín. There’s not many actors who’d have an army of Twilight fans queuing to see the latest David Cronenberg picture – Robert Pattinson, notably, is another – and that’s just more thing we love about her. Here are some others. 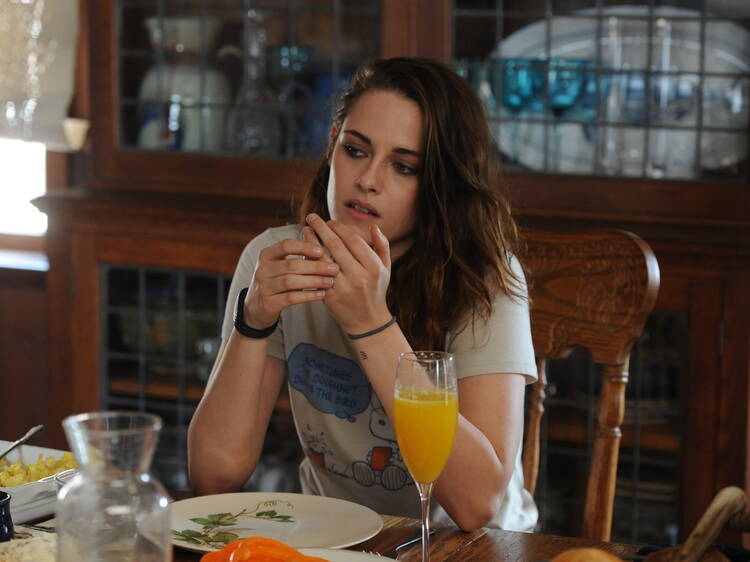 Still Alice is Julianne Moore’s movie, and she makes a typically outsized impression as a linguistics professor suffering from early-onset Alzheimer’s. But Stewart offers stalwart support as her actor daughter, never upstaging her co-star but smartly and affectingly channelling a sense of incipient grief and suffocating worry into stage performances of Chekhov and Tony Kushner plays. Stewart is so regularly great opposite powerhouse character actors – Juliette Binoche in Clouds of Sils Maria, Timothy Spall and Sally Hawkins in Spencer – and she’s a great foil for Moore here.

What we said: ‘Kristen Stewart continues to defy expectations.’ 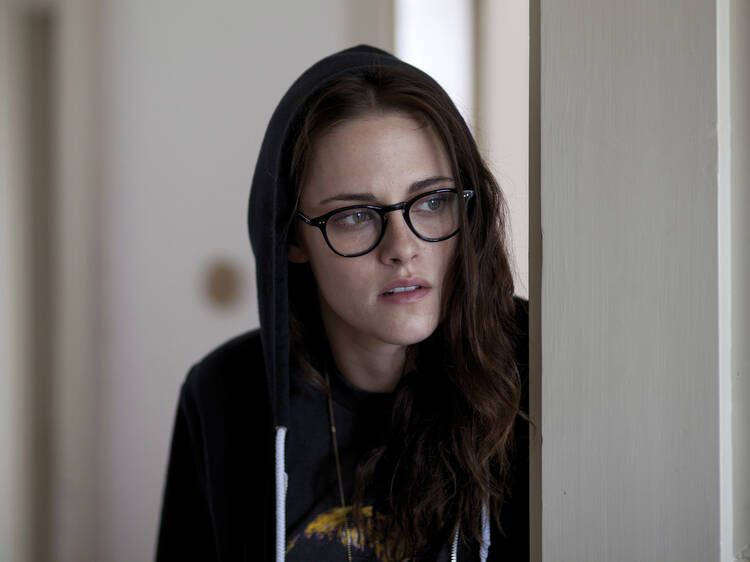 The start of one of the most significant collaborations of her career so far, French director Olivier Assayas cast her as personal assistant to Juliette Binoche’s insecure film star in a dizzingly meta examination of fame, art and creative insecurity. Assayas deals in mysteries, sexual ambiguities and the hidden power of things left unsaid, and Stewart clearly loves operating amid his heady swirls of everyday complication – she more than holds her own in scenes with a bang-on-form Binoche. She became the first American to win a César Award for Best Supporting Actress and a ticket to reunite with Assayas for the equally hypnotic Personal Shopper.

What we said: ‘Stewart is a deadpan revelation.’ 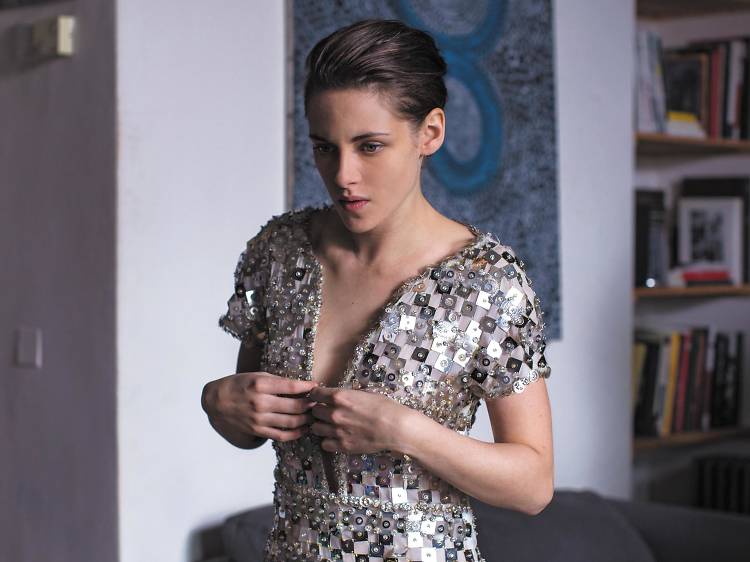 A second team-up with Assayas yields a Euro ghost story dripping in elegant existentialism and couture finery. (Think Scooby-Do, if he did a stint at Paris Fashion Week.) Stewart injects her character, Maureen, the American assistant to a stormy supermodel, with a jittery introspection, while committing totally to the film’s chilly supernatural goings-on.  ‘What’s really great about Kristen is she needs to believe in the reality of what’s going on,’ Assayas told Film School Rejects. ‘She has to be 100 percent like real life. She goes through those emotions.’

What we said: ‘She’s in virtually every crisp frame, holding the camera’s woozy gaze with her own quizzical, secretive stare and knotted body language.’ 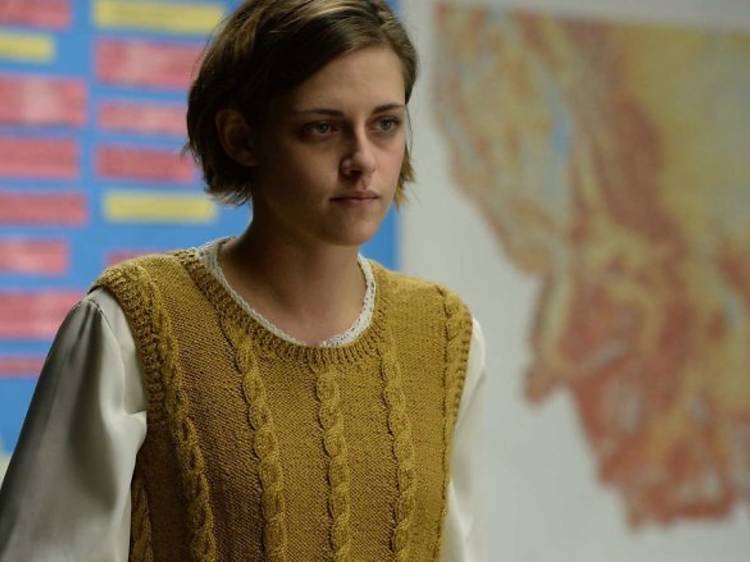 It’s unfair to single out one performance from Kelly Reichardt’s tryptych of female-led tales – especially if it’s not newcomer Lily Gladstone’s being singled – but it’s worth noting how seamlessly Stewart fits into the filmmaker’s naturalistic world of muted emotion and quiet strength. You really couldn’t get any further from the broiling passions of Twilight. ‘She knows when to throw a glance, and when she doesn’t even have dialogue,’ Reichardt tells Nylon of the actress’s almost directorial mastery of her craft. ‘It’s almost like she might be anticipating where a cut might go, and she’s giving you a movement to cut on.’

What we said: ‘Gladstone and Stewart’s story – of an isolated horse trainer falling in love with a teacher – hits the hardest.’ 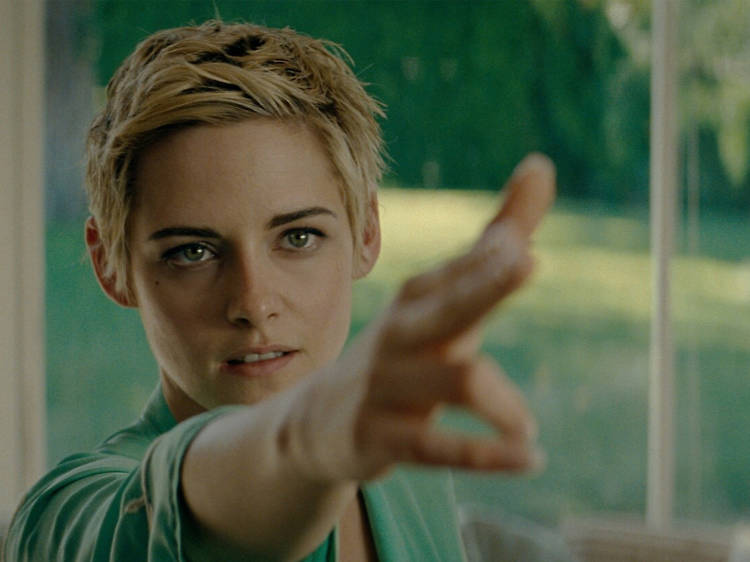 In a parallel universe, Seberg might have been the movie to propel Stewart into the awards conversation. The drama, about ill-starred actress Jean Seberg and her brush with the FBI, is the kind of thing that tends to tick Hollywood boxes, being topical, true-life and, well, about Hollywood. But while the film itself didn’t register with Oscar voters, Stewart’s performance must have done. The blonde Seberg pixie crop is just one element of a transformative turn that burns fiercely, before finally being extinguished by the movie going on around it.

What we said: ‘Stewart’s performance burns with far greater intensity than the middling material that surrounds it.’ 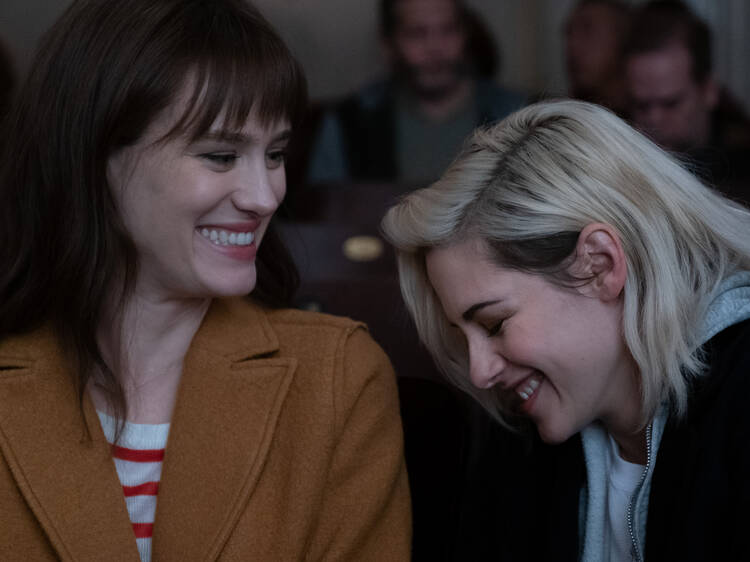 Shinier than a Christmas bauble, this pandemic-era festive cheer-up is not an obvious signpost to Academy Award glory. But it is another dial-shifting pick from Stewart: A love story that pairs her with Mackenzie Davis and puts an LGBTQ+ relationship up in lights on Netflix – and, importantly, in an undemonstrative and lived-in way that points the way forward to other mainstream queer rom-coms. It also shows that she can do funny, as she holds her own among established comic actors like Dan Levy and Aubrey Plaza.

What we said: ‘This year has given us a number of unexpected offerings, but a queer Christmas film is not one we saw coming.’ 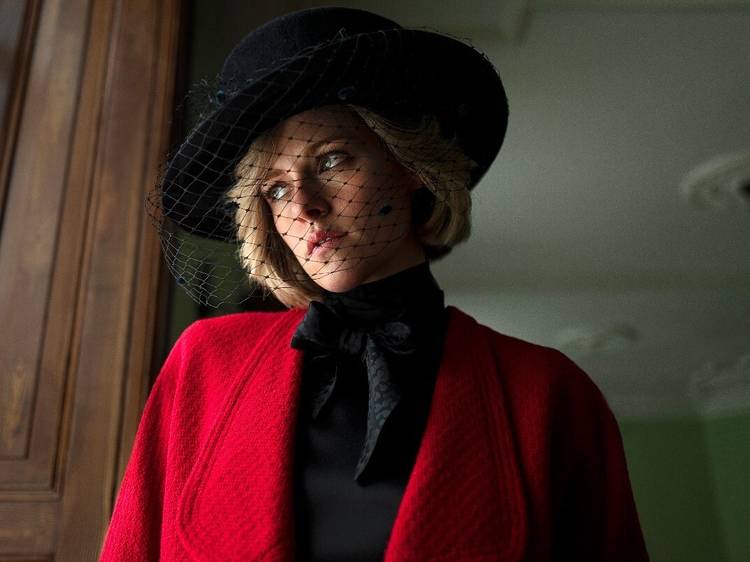 Kristen Stewart playing Diana Spencer didn’t sound like a natural fit on paper – the resemblance is hardly uncanny and the accent seemed like a red flag – but what do we know? The artist formerly known as K-Stew absolutely embodies the haunted yet resolute figure of the Princess of Wales as she endures three days of royal frostiness over a Sandringham Christmas. Stewart has never been an actress to cling to the sanctuary of a comfort zone and Pablo Larraín’s ghostly maternal reverie stretches her in whole new directions. She respectfully makes this iconic figure her own, and – yes – nails the voice.

What we said: ‘Stewart is extraordinary at conjuring up a rarefied form of neurotic energy.’