Below is a selection of the best restaurants serving Catalan cuisine in both Girona city and the wider region. Get ready to taste some of the most traditional and popular dishes that this area has to offer; dishes such as cod with 'samfaina', pig trotters and baked 'fideu' noodles - all completely delicious! 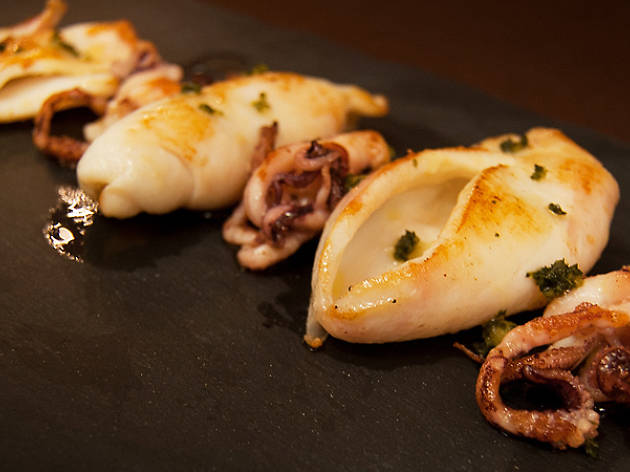 At Can Jeroni they still serve 'farmers' breakfasts' ('ezmorzars de pagès') like in the good old days. Veal with wild mushrooms, calf's feet and tripe, cuttlefish with peas, veal cheek with onions or kidneys cooked in wine. Do you dare? Believe us, after a substantial breakfast like that, you'll be able to meet any challenge that the day throws at you. At the risk of sounding politically incorrect, Roser, the fourth generation of females in charge of the restaurant's kitchen, says that at Can Jeroni they do women's cooking. Girona farmer's market is nearby, and this can be tasted in their dishes, which are all made with quality ingredients. 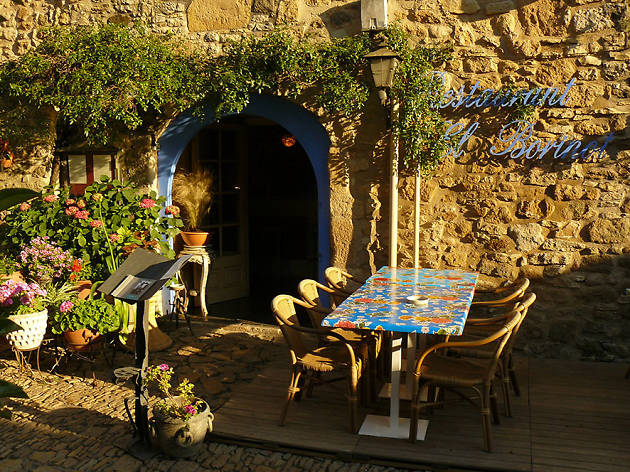 El Borinot is one of the 17 restaurants that you'll find in the small village of Peratallada, a place where in the winter only around 70 people live. That's the equivalent of one restaurant per four residents! The reason lies with the well-preserved medieval architecture of the historic centre and the general charm of the village, which have turned Peratallada into a unique living museum that attracts hundreds of visitors each weekend, in particular during the summer. El Borinot opened in the '80s, when this tourist boom was just beginning, serving basic Catalan cuisine. That place had little to do with what's there today, although it's still situated in the same rural house that dates from 1594; it takes the spirit of Catalan cooking as its foundation. 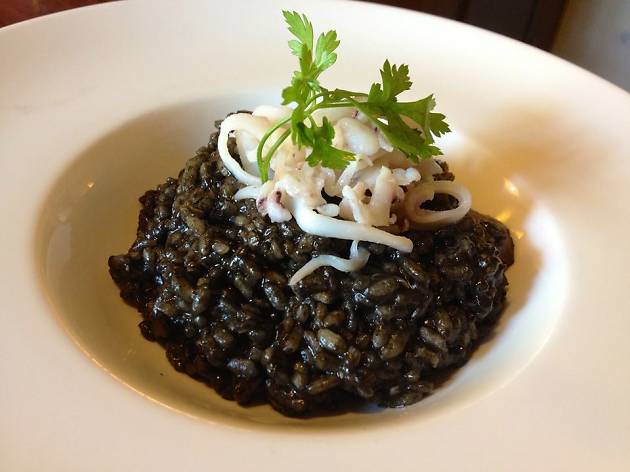 At Mas Romeu they've always tried to find the essence of traditional cuisine, looking to achieve dishes enjoyed in the good old days but using current research about the best way to cook fresh seasonal ingredients. They also put a lot of effort and care into the presentation of the dishes they serve. To sum up this restaurant, it's tradition and modernity at the same time. They have a set daily menu that features classic dishes such as macaroni, 'escudella' soup and roasted meats, while their specialities are baked snails, black rice, paella with meat and fish or shellfish, 'cim i tomba' monkfish and vegetable stew, and duck with salsify - these are all characteristic of the area. Mas Romeu also offers various kinds of grilled meats and top quality shellfish. 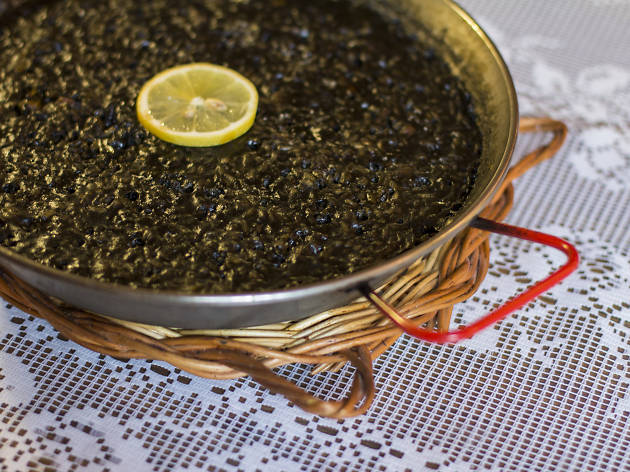 If you want to try classic Catalan stews, you should make a beeline for Can Muni. They're experts in traditional Empordà cooking, and especially in dishes that require time to make. Highlights include the black rice, pig's trotters with Palamós prawns, chicken with langoustines, and rock mussels, which are served with a variety of sauces: mushrooms, fine herbs, au gratin or 'revolucionaris' (with garlic mayonnaise). At Can Muni, which is located in what are thought to be former outbuildings of Calonge castle, you can feel like a feudal lord from the Middle Ages, thanks to the medieval menu they prepare. 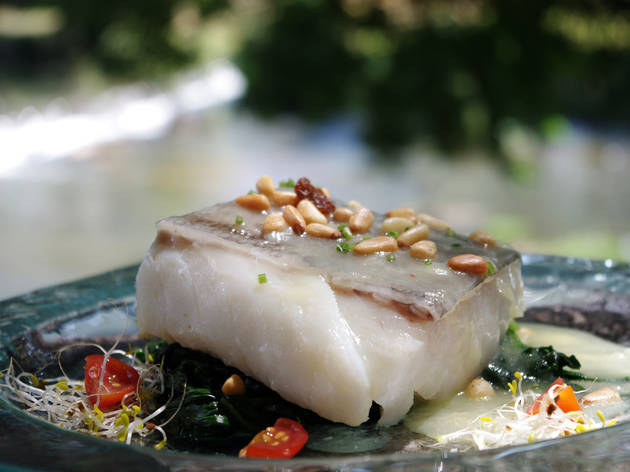 Despite being by the sea, there's much more to the Empordà than fish. That's made clear at El Trull d'en Francesc, with its menu featuring traditional Empordà cuisine based mainly on meat from the county and surrounding areas. Duck is the protagonist: the leg is roasted and crispy, the magret cooked on the grill, and the foie comes in a terrine or in a pan with confit of apple and cabernet sauvignon sauce. Pork also plays a key role, and again El Trull makes the most of every part available - two examples to whet your appetite: pork cheeks roasted in the oven, and a stew of pig's trotters with cuttlefish. 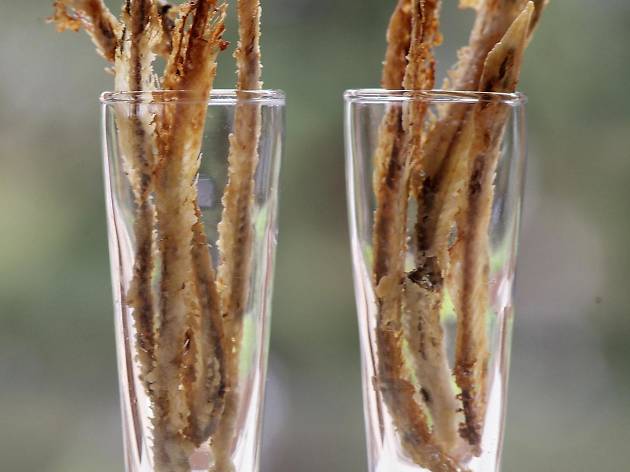 To talk about El Motel you need to use a lot of emphasis. It's one of the greats of L'Empordà. In fact, some say that this is where modern Catalan cooking was born, at the hand of Josep Mercader, chef and founder of the Hotel Empordà, where El Motel is located. Mercader renovated traditional Catalan and Empordà cuisine, inspired by 'nouvelle cuisine'. Dishes that nowadays are considered part of the region's gastronomic tradition are, in fact, his creations, such as bean salad with mint, thyme soup and parsnips with blue cheese, all of which you'll still find on the Motel menu. Jaume Subirós, the current chef and Mercader's son-in-law, continues with this style, and works with fresh, seasonal ingredients in line with the rules of the modern Catalan kitchen. 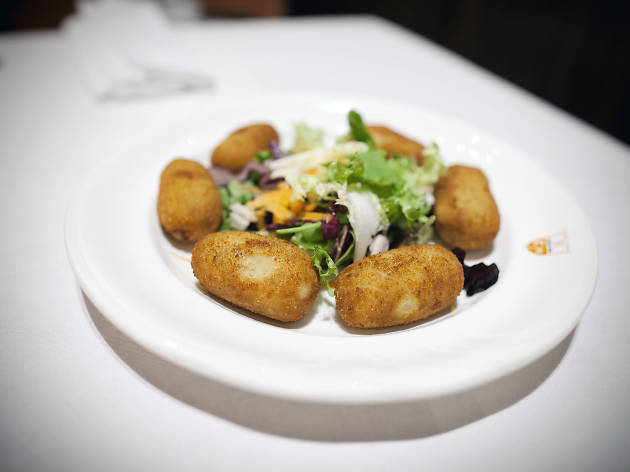 This is a classic both of Girona and traditional Catalan cuisine. Situated right in the heart of the city, at Casa Marieta you'll feel as though you're eating the cooking of the best grandmothers in Girona! You'll (re)discover the flavours of the most traditional home-made stews, such as one with chicken and langoustines, or the one with duck and pears, as well as dishes such as snails and classic Catalan cannelloni ('canellons'). Fish is also a key ingredient, both simply cooked and in age-old recipes, like fisherman-style fish stew, cuttlefish with peas, and roasted cod with smooth garlic mousseline. 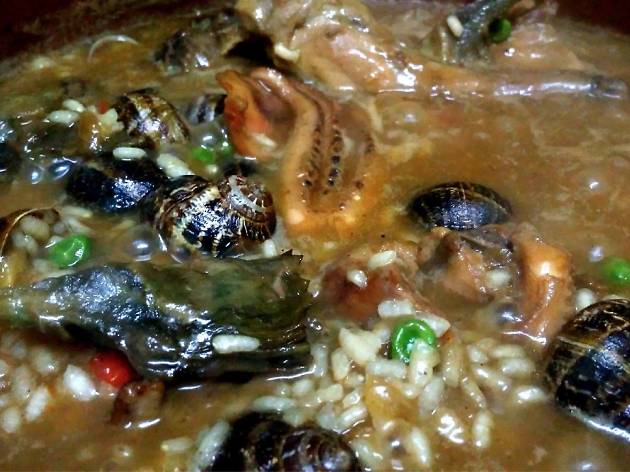 Cap i Pota is synonymous with Catalan cuisine that is cooked slowly, letting the ingredients gently bubble away, making it ideal if you love dipping your bread in the leftover juices when you're in no hurry about finishing your meal. The restaurant is also the dream made reality of Artur Sagués, head of the dining-room, who has a long background in the field. He started as a waiter in the early days of El Bulli, and after three years moved to be assistant maître d' at Senyor Parellada in Barcelona, alongside Ramon Parellada. It was this restaurant that became the biggest influence for Cap i Pota in Figueres, thanks in no small part to its concept of retrieving the traditional Catalan 'fonda' (inn). There's no set menu and the à la carte menu features some 20 permanent dishes, along with a blackboard featuring daily specials. 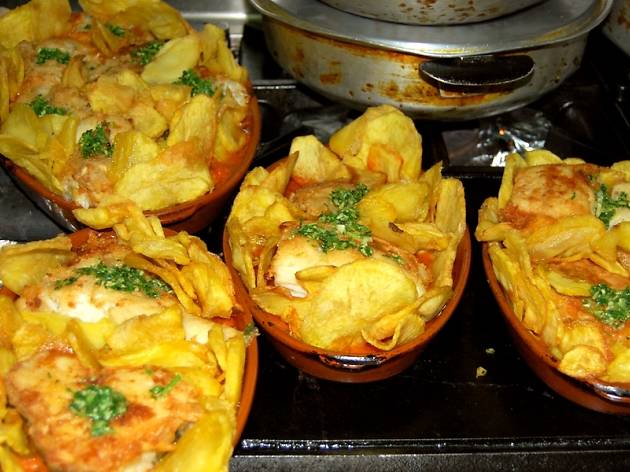 As the Alt Empordà area has mountains as well as sea, and warm restaurants with checked tablecloths, wooden beams and pans hanging on the walls, it's well worth leaving the coast behind and heading inland for a different gourmet experience. Stop off at Maçanet de Cabrenys and try the most authentic Empordà cod you've ever had: the one served at Can Tenli. It's the house speciality and made according to the recipe of grandmother Maria, with slices of potato and tomato all baked in the oven. With jugged wild boar, magret of duck and steaks with various trimmings also on the menu, you'll certainly think it worth the trip to get there. The restaurant is also renowned for its snails, bean salad and home-made cannelloni ('canelons'). Do you need any more incentive to discover the Alt Empordà mountains?