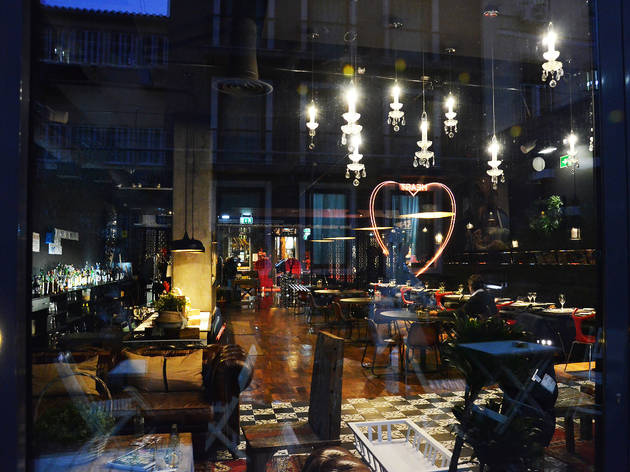 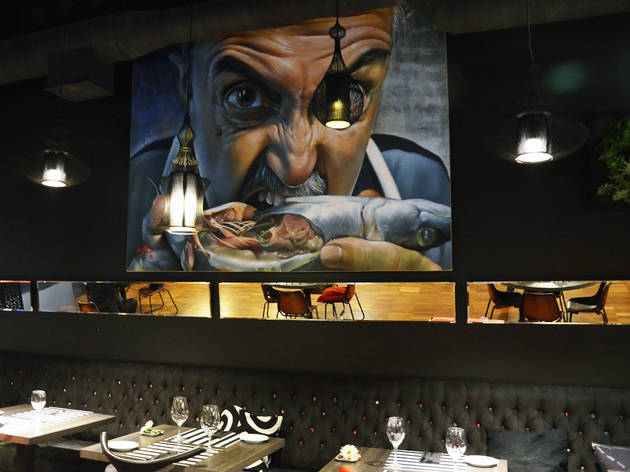 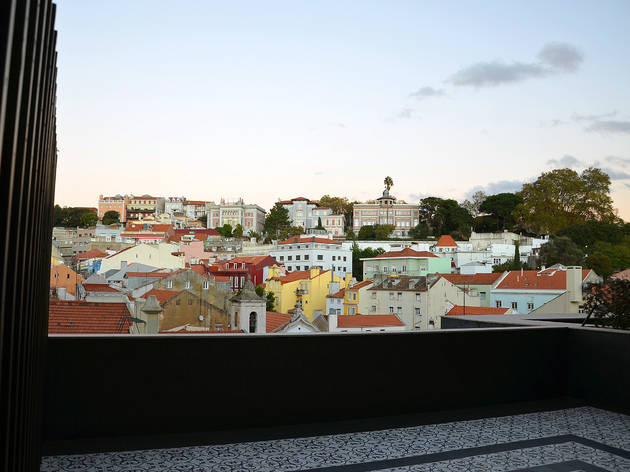 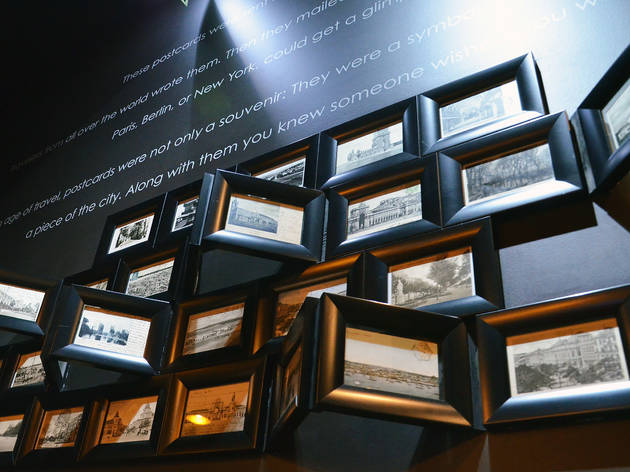 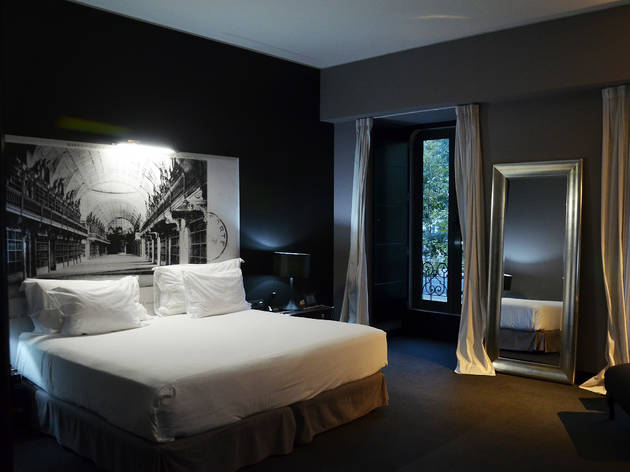 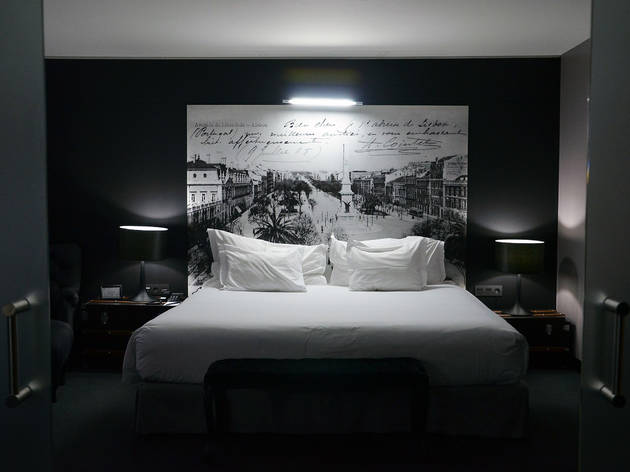 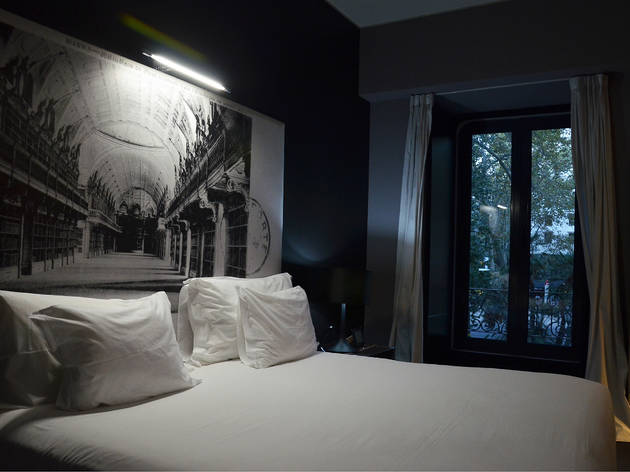 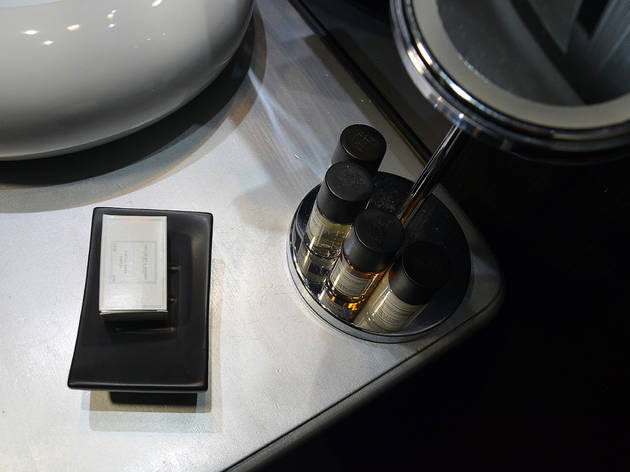 Even before it opened, a neon sign blinked on its black tile facade announcing the arrival of a new boutique hotel in the Avenida da Liberdade.

Nobody knew what it would be like, but you could predict it would be original and somewhat irreverent. It is a sort of punk outsider among a preppy lot, whose enviable confidence allows it to ignore the formality of its neighbours. It's a hotel that doesn't take itself seriously - but don't confuse playfulness with slackness.
Inside and out, the colour palette doesn't change much, except for a few details in a sea of black and white, such as the two red high chairs in the lobby or the mix-and-match chairs at the bar – they give the impression the place is a shared rental with Count Dracula and a London hipster as roommates. Its 72 rooms come with a choice of view, according to how much peace and quiet you require. There is the front of the hotel, overlooking the busy Avenida da Liberdade, a lovely boulevard with its share of heavy traffic and nervous honking; or you can face the backyard patio, where the bar's outdoors tables are placed, which offers a rare commodity in the city centre: silence.
Conceived by and for young people, in Fontecruz the leisure areas share an open space with the lobby. After checking in we felt tempted to immediately take a detour towards the bar before going up to the room, but we're well behaved and waited patiently until 2pm. At the Bar Small and Delicious (also a restaurant), the gin menu has scores of choices, which connaisseurs will appreciate – but be warned, the waiting time is almost always more than 20 minutes, due to the finicky nature of the preparation rituals. The food menu includes snacks and regional treats with a modern twist, such as a round poultry sausage with foie gras, Iberian pig cheeks with chorizo “migas” and cherry panacotta. If you want to be a member of the Fontecruz gang, you'll have to respect the house rules: “What happens in Fontecruz, stays in Fontecruz”.