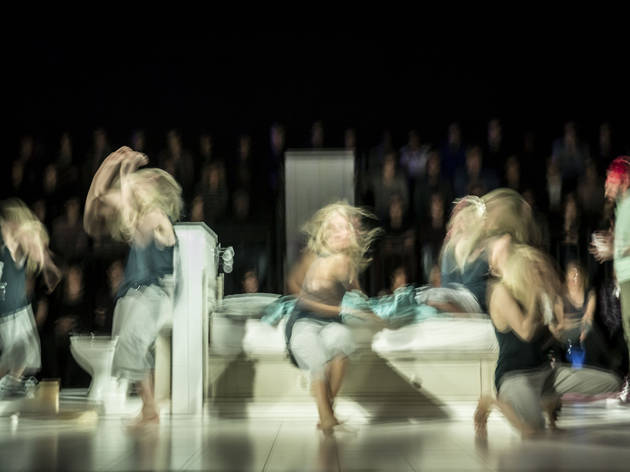 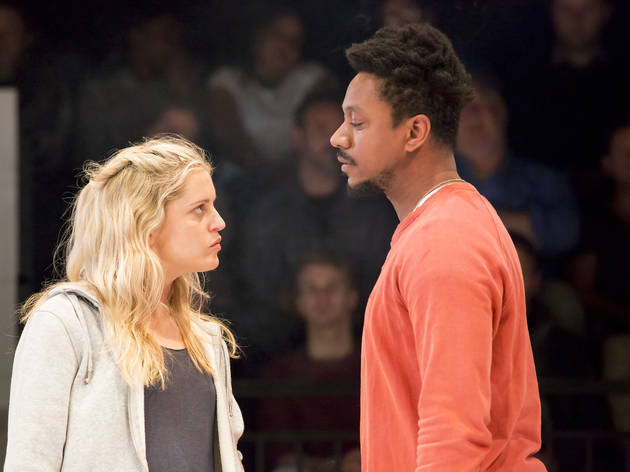 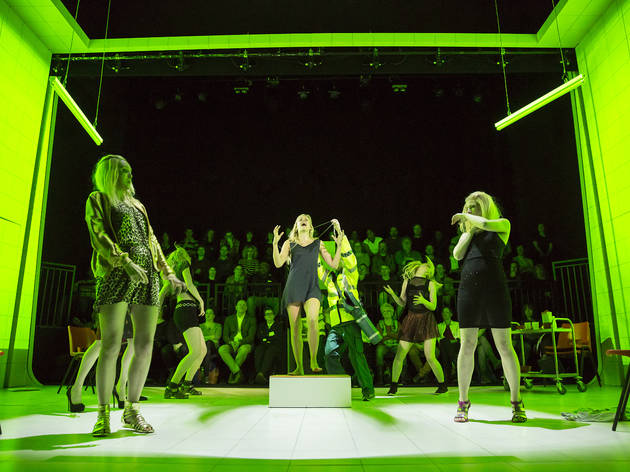 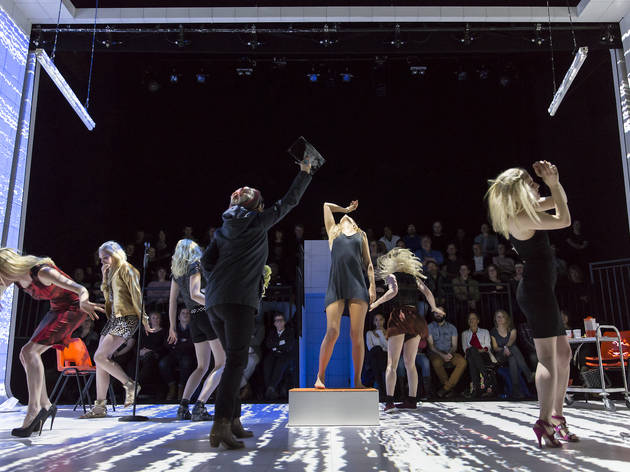 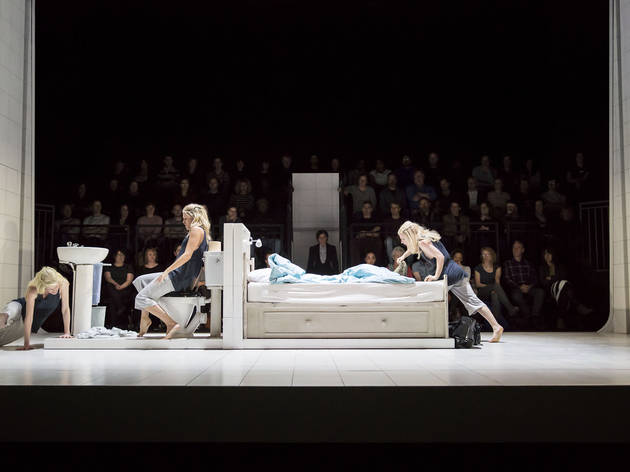 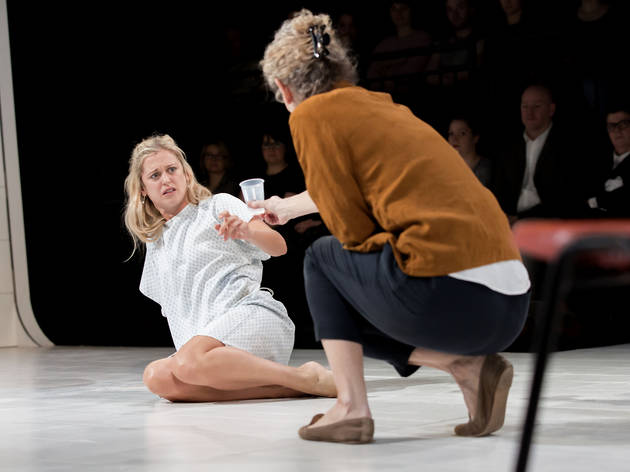 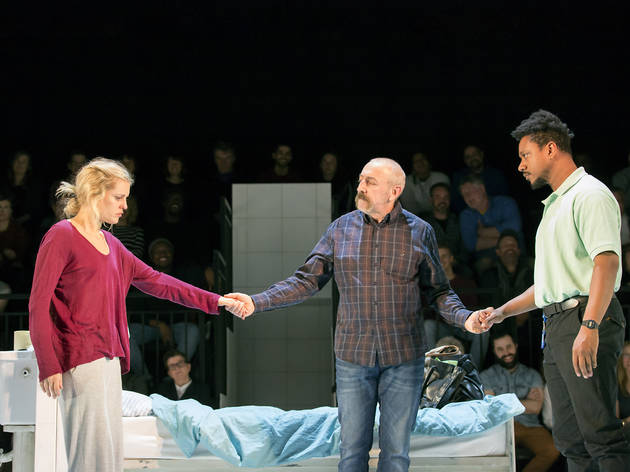 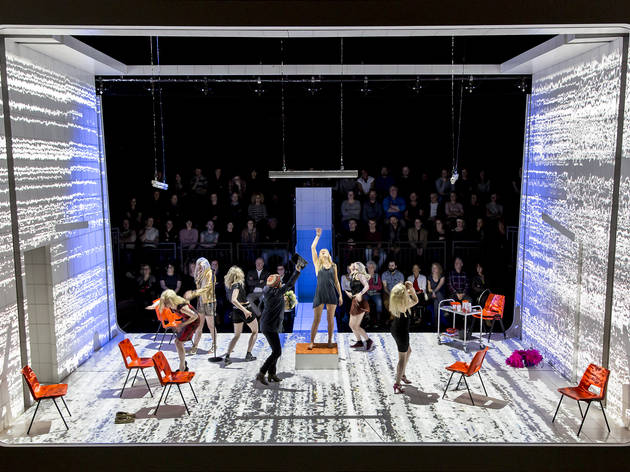 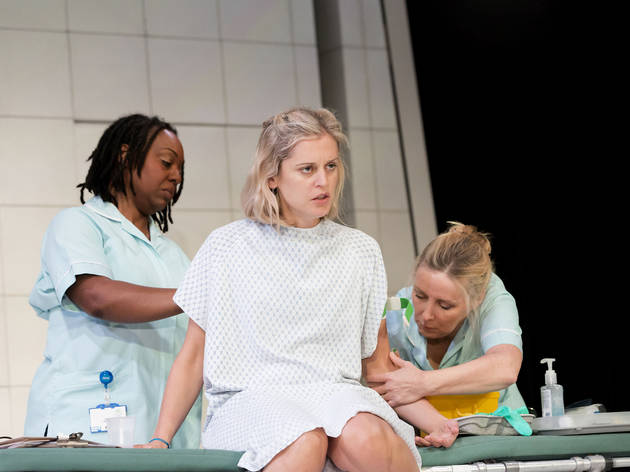 Denise Gough is stunning in this powerful new play about addiction and reality from '1984' scribe Duncan MacMillan.

Interview: Denise Gough – 'If this had happened when I was 23, I'd be dead'

Before I really get busy with the hyperbole, it may be worth noting that second time around, one of the best things about Denise Gough’s astounding performance in Duncan Macmillan’s addiction drama is how understated it is.

True, her chronically unreliable addict-actress character Emma spends most of the first half completely off her tits: Headlong and the National Theatre’s transferring hit starts with its heroine slurring her way through the role of Nina in Chekhov’s ‘The Seagull’, suddenly staggering into a nightclub, then shambling into rehab (groggily hoovering up a cheeky final line of gak first). It is undeniably pretty funny.

Yet, for all the initial, broad black comedy and the flourishes lobbed in by director Jeremy Herrin – multiple Emmas erupting out of the walls, floor and furniture as the cold turkey bites – Gough gives a masterclass in nuance and subtlety. It is the best London stage performance since Mark Rylance’s in ‘Jerusalem’, but it’s also the polar opposite of his larger-than-life turn.

Emma is a self-invented woman trying desperately to be normal, to be honest. She has lost all touch with herself, self-medicating through booze, drugs and pretending to be other people. As she reluctantly enters the drab rehab facility – presided over by Barbara Marten as a doctor and as a therapist, who both seem to be projections of Emma’s mother – she is forced to try and remember who she is. And she doesn’t like it one bit.

It’s a painful process, at first amusingly so: Emma is like a petulant teenager squaring up to the idea of doing household chores for the first time. Self-reflection is excruciating for her: she simply feels she’s too intelligent to swallow the 12-step-alike programme that requires her to surrender to a nebulous higher power. Gough’s face is a remarkable battleground for Emma’s weapons-grade cynicism clashing with her desperate desire to make everything all right again.

It is a titanic performance in a slightly flawed play. The only other cast member who can hold a candle to Gough is Marten, partly because she’s the only other one with a decent role. Macmillan’s writing is notably thinner when it comes to the minor characters in Emma’s therapy group. And it has to be said that some of Herrin’s fancier directorial interventions work better in the NT’s high-tech Dorfman Theatre than at a West End playhouse.

But of course the play is all about Emma, who is at the heart of every scene. And Macmillan can be forgiven the odd moment of glibness for the extraordinary climax in which Emma confronts her mother – Marten, of course – in an agonisingly subversive sequence that laughs bitterly at the idea that rehab and redemption are the same thing.

‘People Places and Things’ is a play about the seduction of escaping reality, and it is resolutely ambivalent about whether that’s an entirely bad thing (indeed, it acknowledges that as a play it is itself an escape from reality). But what might have felt like a clever-clever script in other hands has been taken over by Denise Gough, a long-term critics’ favourite who must finally, surely be elevated to the stardom she deserves with a performance that burrows into the heart, the guts, the brain, the soul.