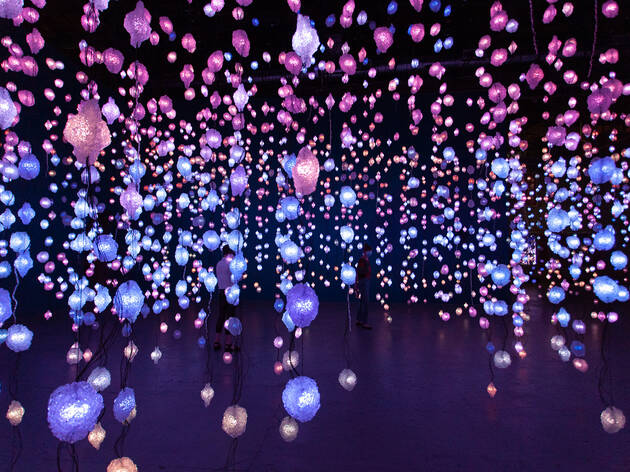 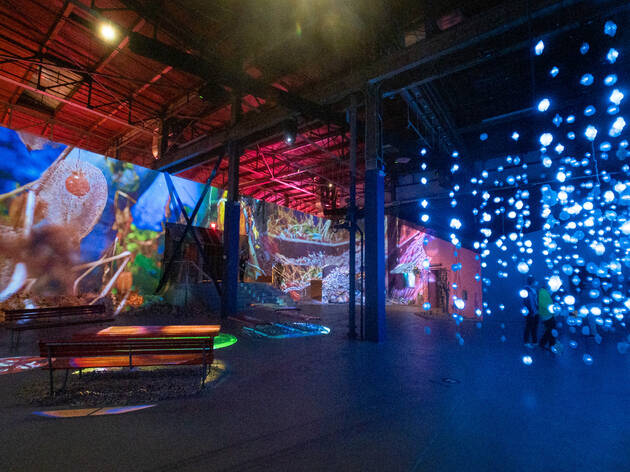 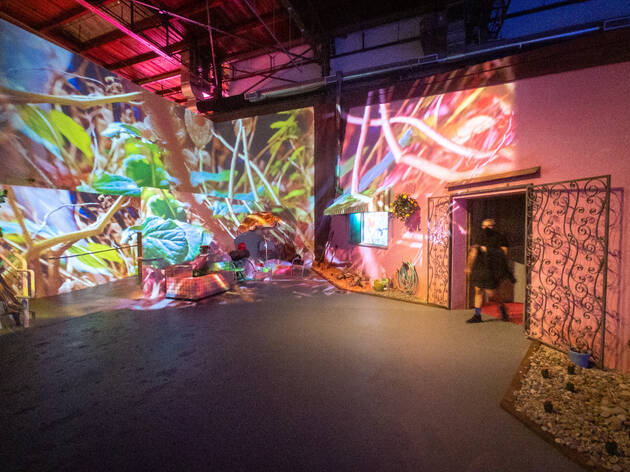 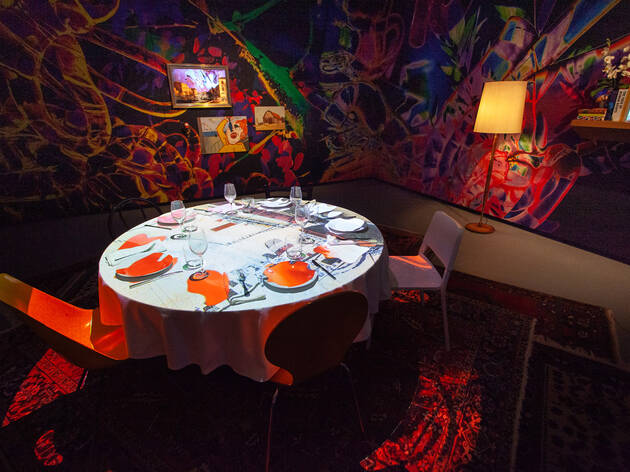 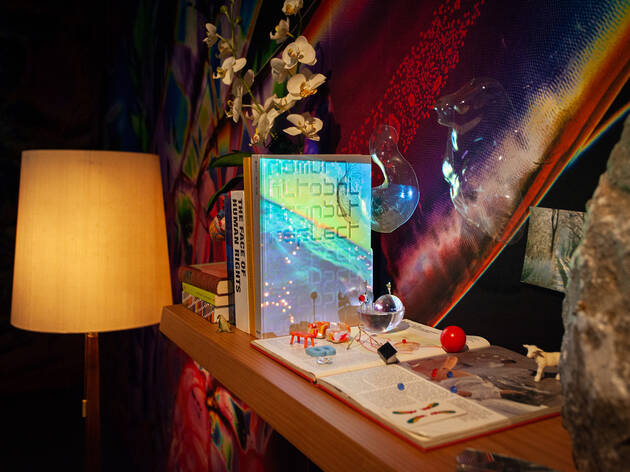 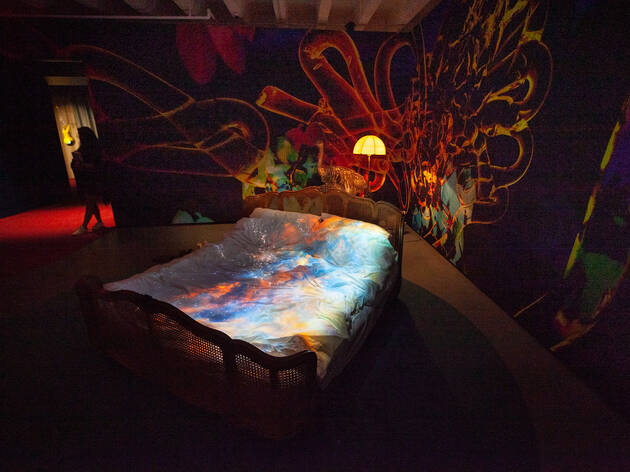 The Swiss video artist’s retrospective has turned the Geffen Contemporary at MOCA into a mesmerizing playground of surreal delights.

At some point, you should probably read the materials lists for each one of Pipilotti Rist’s installations. Because that’s the only way you’d know that the garments in the entrance’s 29 Palms Chandelier are specifically used underpants, or that, yes, those lampshades in the glowing strands of Pixel Forest are indeed labia-shaped.

But save all that reading for after your visit, because “Pipilotti Rist: Big Heartedness, Be My Neighbor” crafts such a surreal, fully-realized world using projections and furniture that it’s best to just completely give in to its colorful, curious city and mull it all over later (as you undoubtedly will).

Everything seems so purposefully fit for the Geffen Contemporary at MOCA that you might not even realize the works here span more than three decades: Rist’s retrospective has wrapped everything up in a layout that uses alleyways and house exteriors to link together psychedelically-decorated living rooms and curving hallways of curtains. Everything feels alive. There’s something waiting around every corner, whether a warehouse-wall–sized video projection or a top-down diorama of a bedroom that’s been been ripped open by the moon, and the pieces are always accompanied by sounds to pull you forward: birds chirping, water dripping, leaves rustling, a spectral cover of “Wicked Game.”

The focus is on visuals, though, and the oddly hypnotic draw of a screen. Rist’s often female-form–inspired projections play out across every canvas size: tucked into bookshelves, oscillating on a tiny old-school TV surrounded by oversized couches, projected onto a fully-set dinner table, covering entire walls and, in the case of Pixel Forest, being blown up to a scale where you can see the smallest (genital-shaped) building blocks of moving images.

While we’re tackling most of the senses, it’s worth mentioning the exhibit isn’t hands-on, but very much butt-on: As the MOCA employee who greeted us explained, there’s no touching except with your bottom, as there are plenty of couches, cushions and benches to sit and soak in Rist’s videos. Or, in the case of Do Not Abandon Me Again, lay in an unmade bed that’s bathed in a cosmic splash of color. The instructional sign here becomes part of the piece, with a label at the foot of the bed that tells you to “Please remove your shoes. Children please set an example for adults.” Another “please do not touch” sign follows its decree up with a proposal to “walk on tiptoe.”

Like the best intoxicating offerings, “Pipilotti Rist: Big Heartedness, Be My Neighbor” saves room for a second round: MOCA gives you have a 72-hour window after you visit to come back for a second time—for free. You’re going to want to.