“Shirin Neshat: I Will Greet the Sun Again” 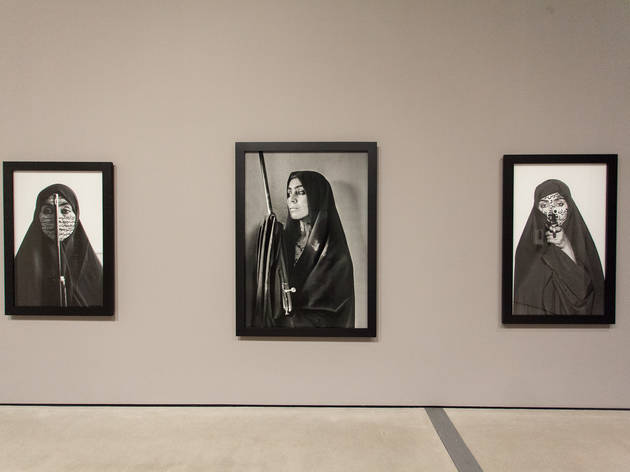 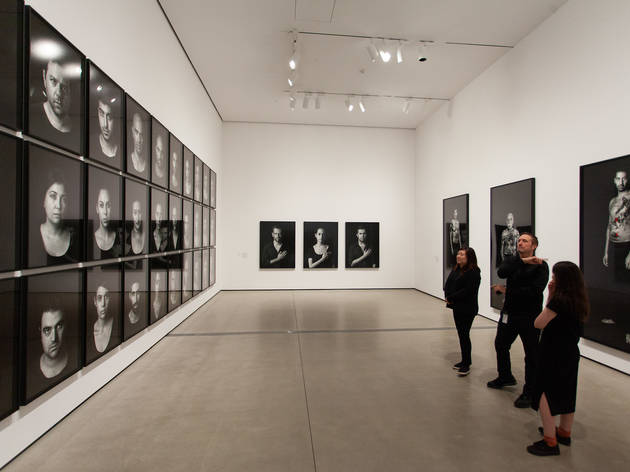 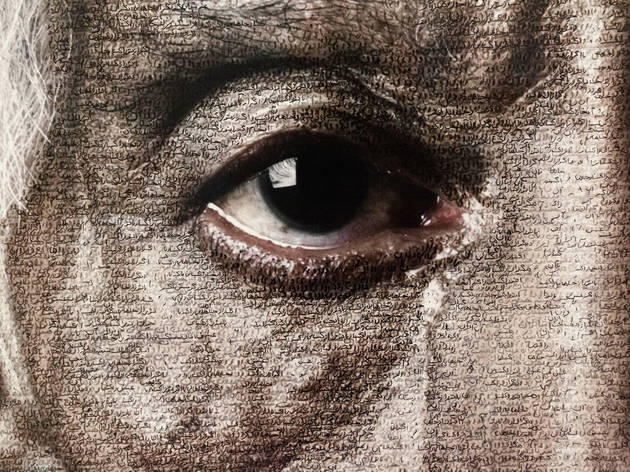 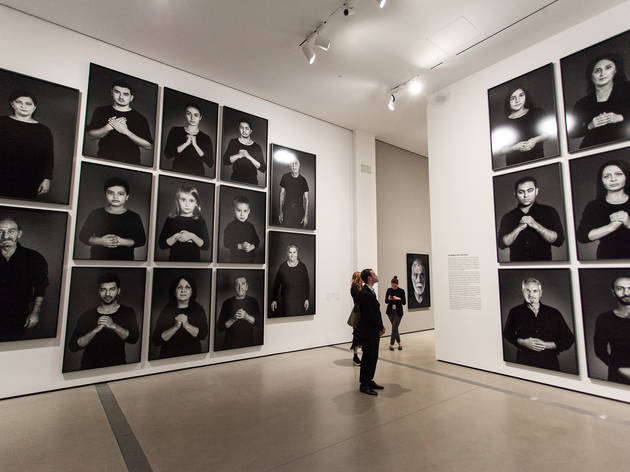 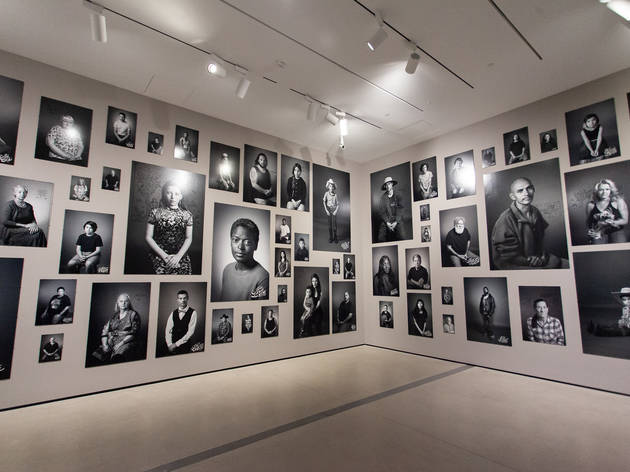 The Broad surveys three decades of works from Neshat, whose passionate photos and videos mine the ancient and recent history of Iran and its people.

“I Will Greet the Sun Again” will make you angry: angry about the subjugation of women around the world, angry over entire populations being unwelcome in their own homelands and angry that such a beautiful body of work from Shirin Neshat hasn’t been on display in Los Angeles before.

The Broad’s retrospective, which covers 30 years of the Iranian-born artist’s photo and video works, marks Neshat’s first major exhibition in the western U.S. And the museum has made it count, stuffing its first-floor galleries with over 230 photos and eight video installations that address history, politics and identity with stark elegance.

The survey is arranged in chronological order, starting with Neshat’s stop-you-in-your-tracks “Women of Allah” series, which features photos of veiled Iranian women (and some of Neshat herself) inked (on the surface of the photo itself) with Farsi calligraphy from Persian women poets. The pictures defy hurried judgment; the series is steeped in meditations on freedom, desires, power and stereotypes, most notably in a stoic series of rifle-toting portraits that scrutinizes the complexities of martyrdom.

Neshat’s parents sent her abroad to school in the mid ’70s, settling first here in Westwood before going to college at UC Berkeley. When she returned to Iran in 1990, her first trip there following the Islamic Revolution, she found an unrecognizable society—which inspired “Women of Allah.” Neshat was interrogated at the airport following her final trip for the project—the final time she would ever visit Iran.

That pain of exile and the script motif carry through nearly all of the works that follow, including surreal black-and-white videos and a mythologically-inspired portrait series of the imagined patriots, villains and masses of the Arab Spring, as well as the pained, suffering faces of the elders who survived it.

The exhibition closes with the debut of “Land of Dreams,” a photo-and-video installation that, for the first time, turns Neshat’s attention toward the U.S. A pair of videos, in which a photographer captures the portraits and dreams of New Mexico residents and then sends those to a secretive lab to be analyzed, both humanizes and satirizes the fraught relations between the U.S. and Iran. The photo component features a floor-to-ceiling salon-style arrangement of portraits of Americans living in the Southwest from all walks of life. And like all of Neshat’s pieces in the survey, they’re not-so-simply mesmerizing.

Admission to “I Will Greet the Sun Again” is free every Thursday from 5 to 8pm.