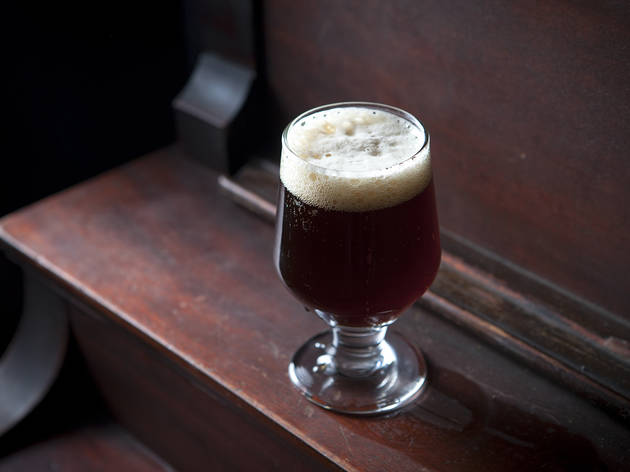 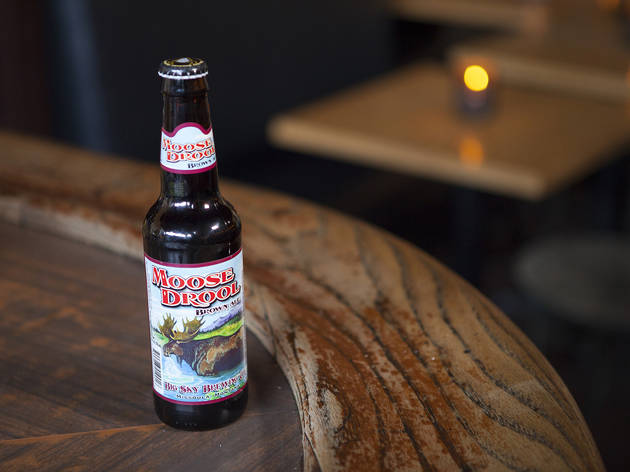 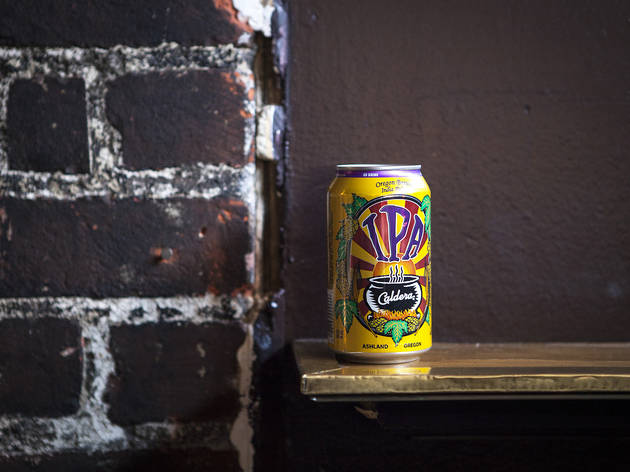 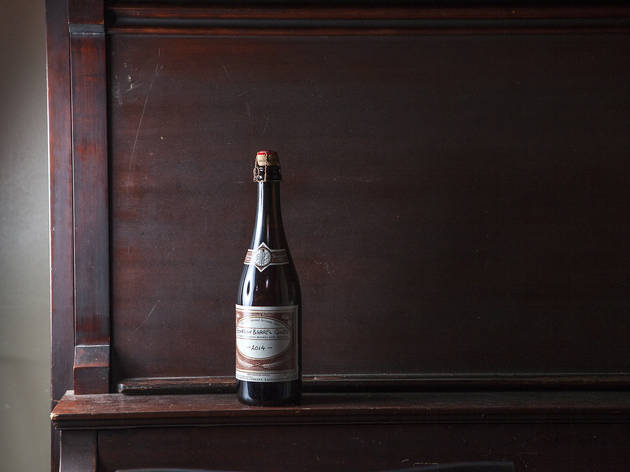 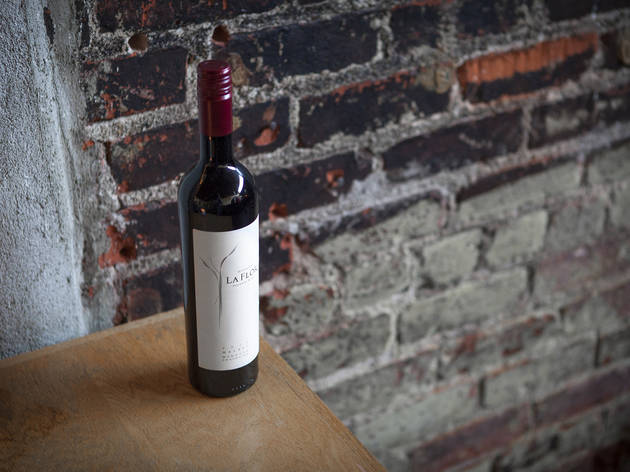 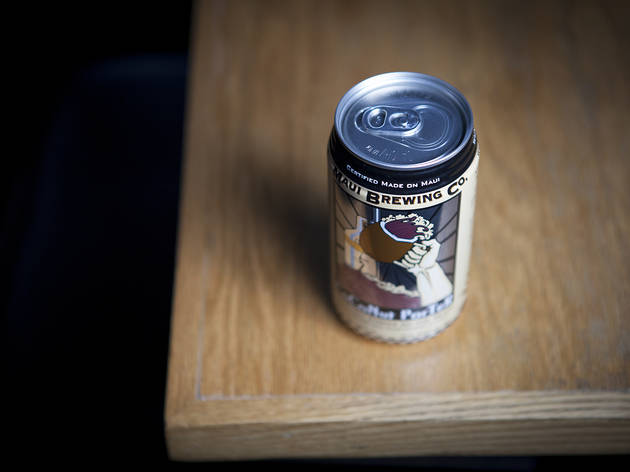 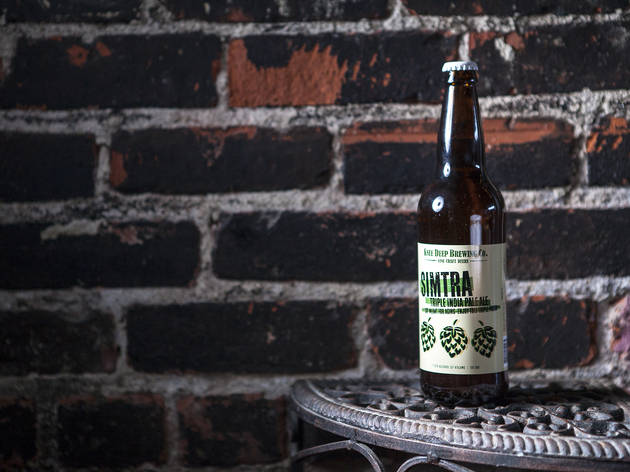 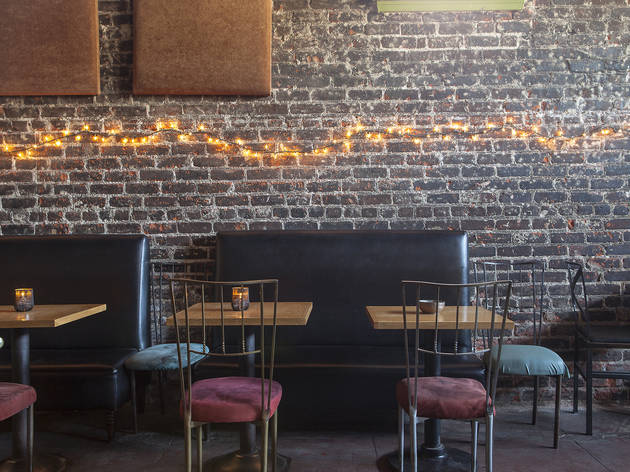 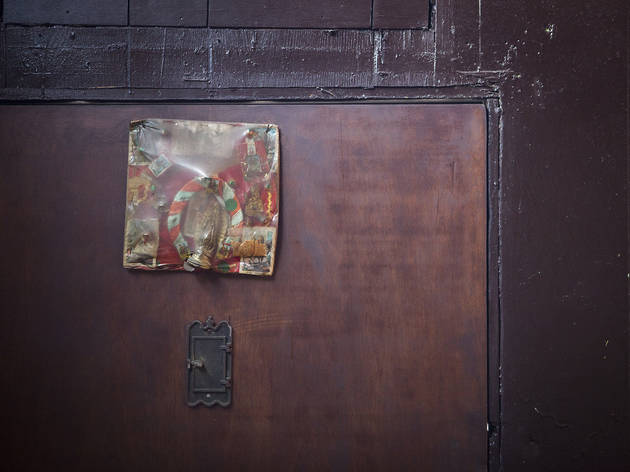 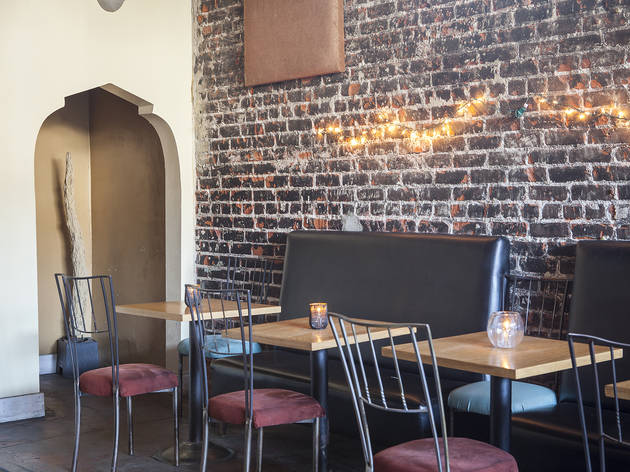 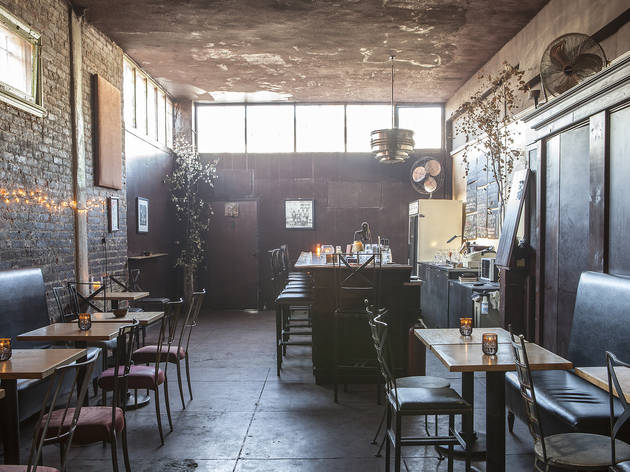 Echo Park is still a prime hood for meeting friends over drinks, but if you're looking to dial down the hip factor, head to nearby Westlake. There, housed between a paint store and a tamale shop, is an unassuming hole in the wall called 1642. Since 2010, the beer and wine bar has been the neighborhood’s best kept secret, an affordable, low-key hangout in a pocket of the city that has thus far escaped the claws of gentrification. From outside, you wouldn’t know it’s there, save for some subtle signage painted on the wall. Inside, the decor is similarly pared down—an understated Moorish motif accentuated by an arched rear doorway, Moroccan tapestries and rugs, and an earth-toned palette. In the early evening, light streams down into the dim space in an almost monasterial way from two highly-placed windows on a west-facing brick wall. After dark, the atmosphere takes a more romantic turn, with candles and fairy lights casting a twinkling glow on the glasses of tipsy patrons.

Good for: Beer and wine drinkers who have outgrown The Short Stop, Gold Room and even Little Joy. It’s a versatile spot to take a first date, significant other, friend or group to catch up or listen to some old-timey live music.

The scene: In its opening hours, 1642 sees a mellow flow of bohemians and borderline hipsters stop in for a swig, but after 9pm, things pick up with regular gigs from bands playing everything from blues and country to swing, honky-tonk and ragtime. The first Thursday of every month, 1642 also hosts an “Old Time Open Jam” starting at 8pm, where musicians are encouraged to bring their own instruments and throw down some throwback ditties.

Drink this: It helps to know what you want. While the bar staff is not exactly unfriendly, they also seem to lack the patience to hold the novice beer (or wine) drinker’s hand during the ordering process. Our advice? Stick to your comfort zone. A collection of chalkboards behind the bar details 1642’s rotating offerings, among them numerous beers by the bottle and can and several selections on tap. Current draft highlights include Allagash Odyssey dark ale ($8) and The Lost Abbey Saison ($6), while IPA lovers might dish out the $16 for a 22-ounce bottle of Knee Deep Simtra Triple IPA. And don’t knock the cans—the unique but subtle Maui Coconut Porter ($6) has been a mainstay on the menu since the bar opened.

For wine drinkers, 1642 offers a well-tailored selection of reds and whites from both the old and new world. We felt right at home with the reds, like the La Flor Malbec ($9) and the Sean Minor Pinot Noir ($12); if you're a fan of white or sparkling, a curated list of pinot gris, sauvignon blanc, cava and more can be had.

Our Tip: Remember that tamale shop we mentioned? Show up between 6 and 8pm on Thursdays, and you’ll get a free tamale with any beer as part of 1642’s Tamale Happy Hour.