Restaurants, Filipino Chinatown
3 out of 5 stars 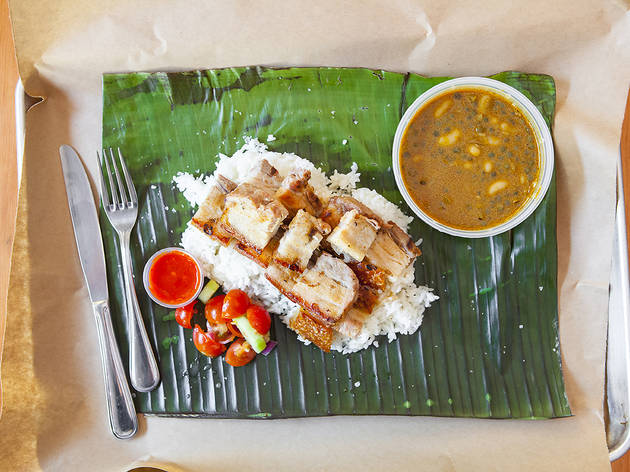 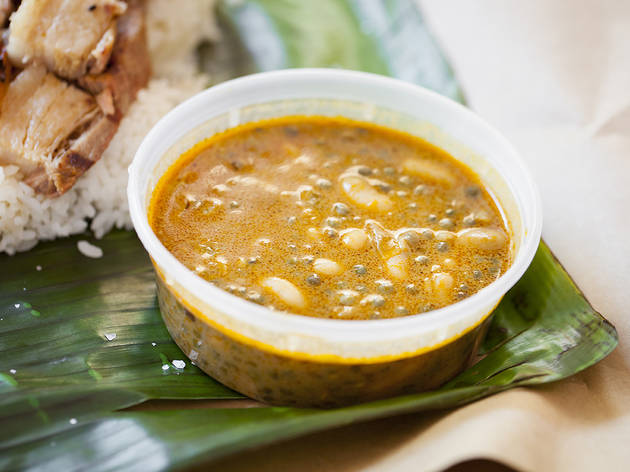 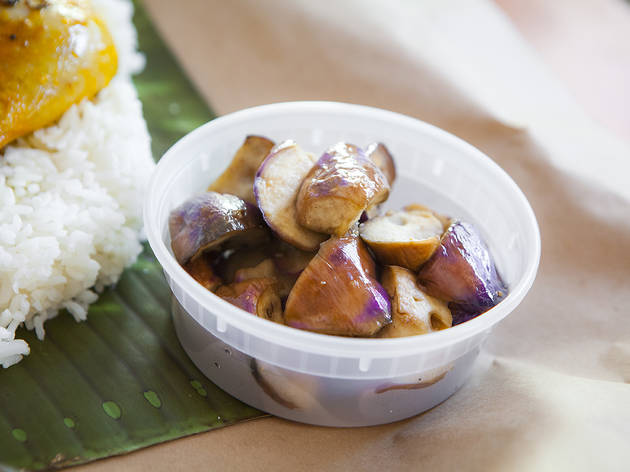 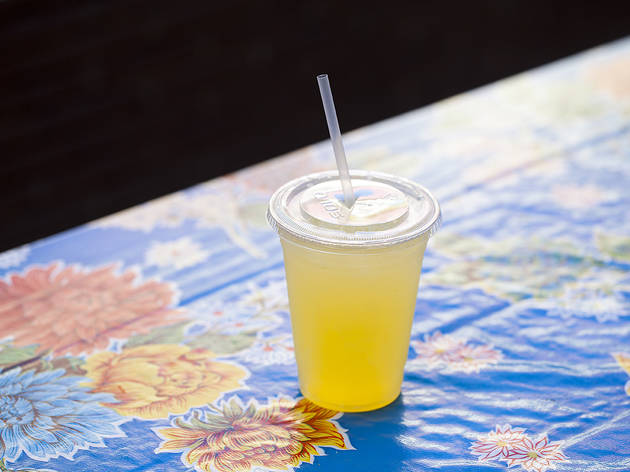 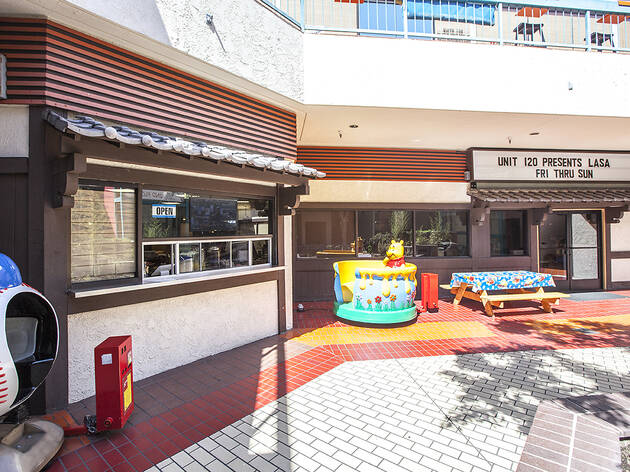 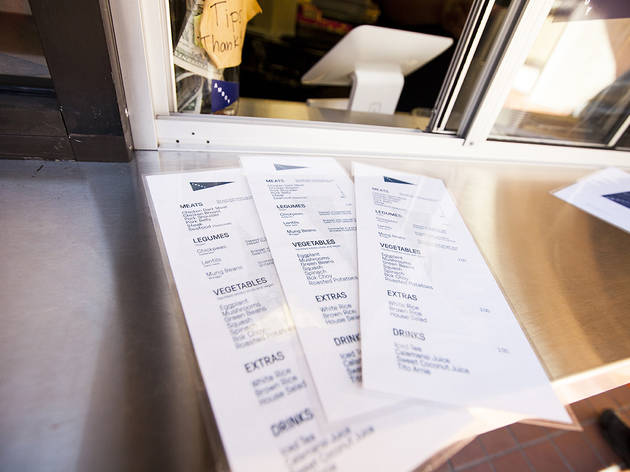 LA knows chef Alvin Cailan pretty well at this point. Or, at the very least, they know his eggs, which appear between biscuits at Eggslut or heavily bob in bowls of ramen at Ramen Champ. But at Amboy, Cailan's homage to his Filipino roots (Amboy is Tagalog slang for "American Boy") there is nary an egg to be found, at least none in any obvious form. Instead, a small menu of grilled meats and vegetables is taped to Amboy's take-out window, which is nestled within Cailan's culinary incubator in Far East Plaza, Unit 120.

There aren't any eggs, but there is chicken, both dark meat and a breast served on a bed of white or brown rice, a small tub of cucumber and tomato salad alongside it. The entrées at Amboy are ensconced in a banana leaf and brown paper, so that it feels a little like Christmas when you unwrap your food. A sizeable chicken thigh's golden skin gives way under each bite with a soft pop, but while the meat is juicy enough, it's also fairly plain. Dress it up with a quick smear of vinegary, housemade hot sauce, which materializes with each dish, and you're set. The pork belly is a more flavorful choice, and best paired with sticky white rice. A nice sear leaves the pork with a satisfying smoky aftertaste that rubs off onto the rice; one bite of meat, rice and cucumber salad is a testament to why these foods all arrive packaged together.

A hefty list of sides includes both legumes and vegetables presented in a few different sauces and styles: chickpeas are stewed in roasted bell pepper sauce, while lentils, braised in a sweet and tangy peanut sauce, are a thick, stew-like option. You won't find the vegetables any healthier—cooked adobo-style, there's a lot of oil involved. But the eggplant is soft and rich, and the bok choy is a nice addition when hit with a bit of soy sauce.

If you're looking for a meal that will blow you away, Amboy will probably not do that for you. It's comfort food, home cooked food, food that will likely remind you of something your mother or father used to make—not this exact dish, maybe, but a similar version of protein and vegetables and grains that just makes sense together. Amboy's food may be rooted in the Phillipines, but its familial concept is decidedly universal.

What to drink: A small selection of $2, sugary drinks make up Amboy's beverage menu: iced tea, Calamansi juice, sweet coconut juice and Tito Arnie, the last closely resembling an Arnold Palmer. The Calamansi juice is a cousin to lemonade with a hearty lime kick—and yes, plenty of sugar. If sweets aren't your thing, water is your best bet here.

Where to sit: Sit where everyone else dining at Far East Plaza is sitting—on the communal, colorfully tableclothed picnic tables, some sticky with remnants of Pok Pok Phat Thai or Chego nearby. You might make friends, you might keep to yourself. Either way, the food of Cailan's youth will be there to keep you company.