Cassell’s Hamburgers is part of The Normandie Hotel’s multi-million dollar makeover, one that includes the adjacent Le Comptoir and The Normandie Club. Yet Cassell’s itself isn’t new, per se. The original diner, founded by Al Cassell in 1948 and located just a couple blocks away, was an institution, known for its burgers, patty melts and slices of pie; a Korean family bought it in 2006, running the restaurant until it closed again in 2012 (quit playing with our hearts!). Now reimagined by chef Christian Page, the relocated Cassell’s pays tribute with ‘50s memorabilia hanging on the walls and the use of the diner’s original Hobart meat grinder and patty press. A lot has changed, though, and not necessarily for the better.

The menu is basic, with variations on burgers and sandwiches that evoke lunch box staples. A lackluster tuna melt elicited indifferent shrugs around our table, which was discouraging for a $14 sandwich.  I know, I know: the tuna is wild-caught albacore soaked in pickle juice; the mayo is homemade. Still—it could use a jolt of flavor, or at least something to warrant its plumped-up price tag. Other hot, melted options are better: a patty melt uses house ground beef with a slice of cheese (your choice of cheddar or Swiss) on toasted rye, while the burger is Cassell's all-around winner. Page uses natural, hormone-free Colorado Angus, which he grinds twice a day. It shows—the beef is rich and tender without being greasy, and the Parker House bun does its job soaking up the burger's contents without falling apart. Is it one of the best burgers I’ve had in LA? Nah, but it’s a good one.

A banchan-like collection of sides came with our order, including three salads: potato salad, coleslaw, and a macaroni salad that reminded me of family picnics, in the very best way. It makes up for the fact that Cassell’s doesn’t offer French fries at the moment, a stance taken by Al Cassell, who favored chips instead. But the public wants what it wants, and our server informed us that a plan to put fries on the menu was in the works. She also offered us a second helping of our sides, which never came, so I don’t really know what to believe. I can believe in the pie here, though. The filling options change daily and involve a flaky crust, a side scoop of ice cream, and a sense of simplicity that, I think, would have pleased Cassell himself.

What to Drink: There’s a reason diners aren’t known for their booze. Cassell’s has a hefty cocktail menu (each drink is $10), with a separate list for brunch drinks, like the Brass Monkey, a mix of Colt 45 malt liquor and OJ. We tried a couple—the Sidearm, made with Bulleit Rye and Fernet; the Root Cause, made with bourbon—but each drink was loaded with small chips of ice that quickly melted, leaving our drinks watery and weak. It’s better to go for the shakes, malts and house sodas. Sweet and bitter, sarsparilla ($3.50) is poured into a huge glass, certainly enough to last you through your meal and providing the necessary dose of nostalgia that cocktails just don’t do for a diner.

Where to Sit: Cassell’s is great for people-watching: tables are pushed up against windows that look out onto Normandie and 6th Street. There’s a counter, too, which might provide a more authentic feel—even if sipping on a watery cocktail at the counter doesn’t. 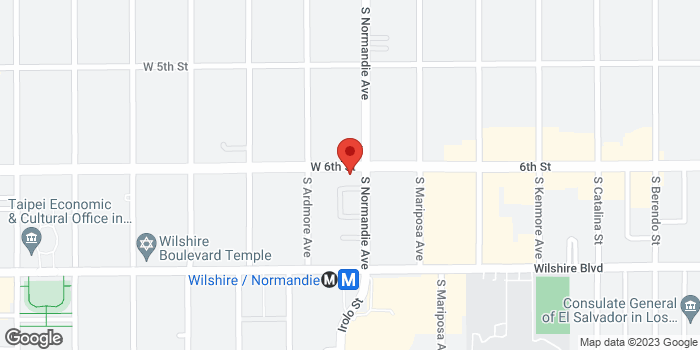