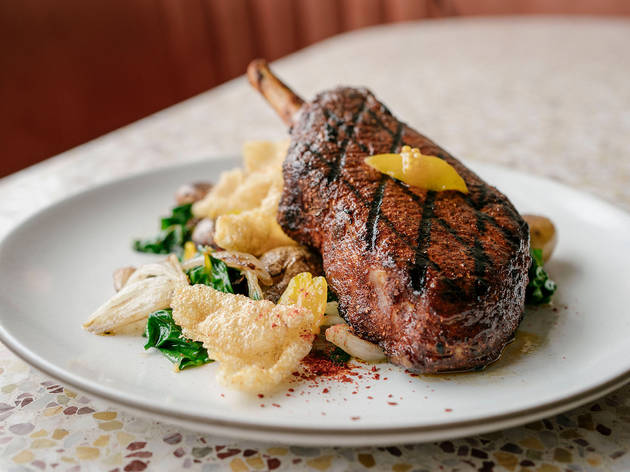 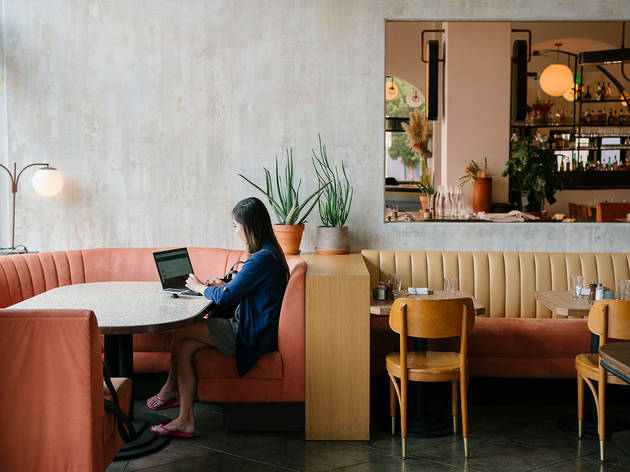 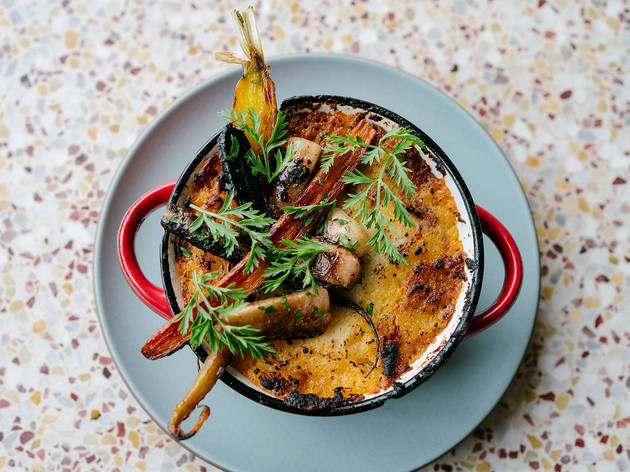 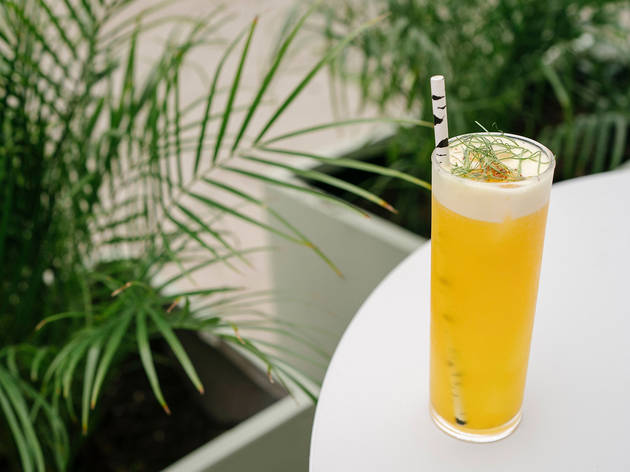 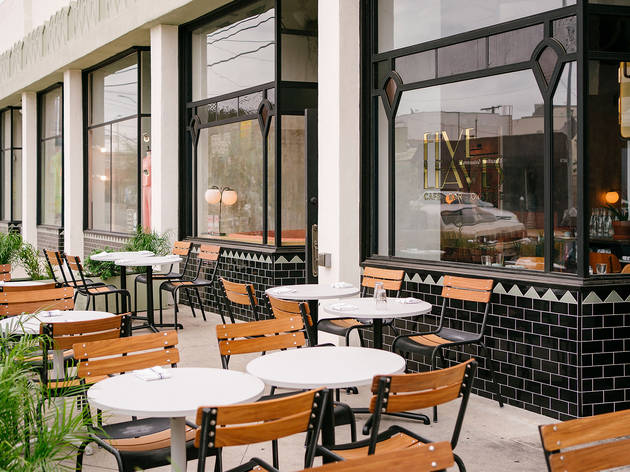 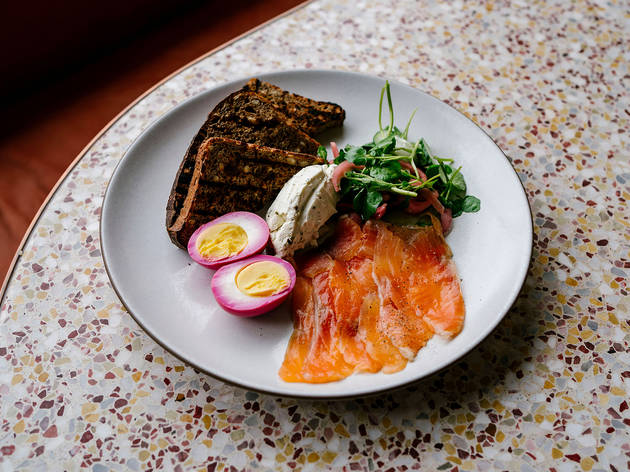 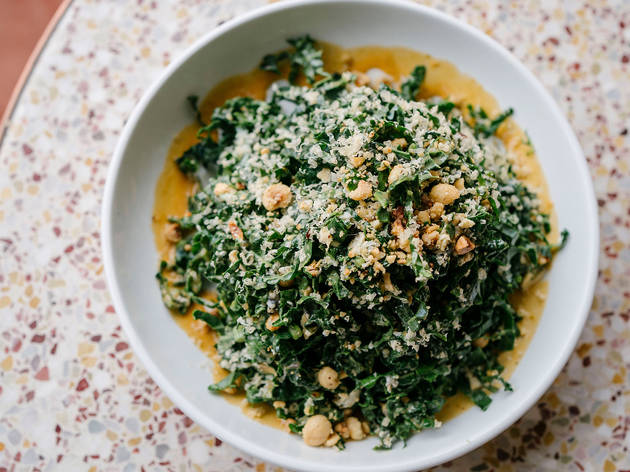 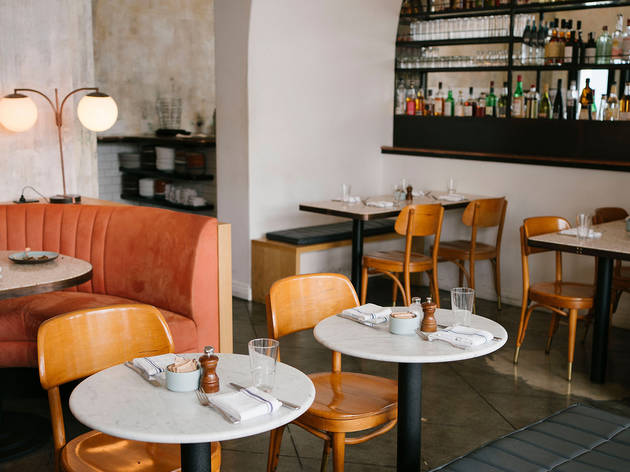 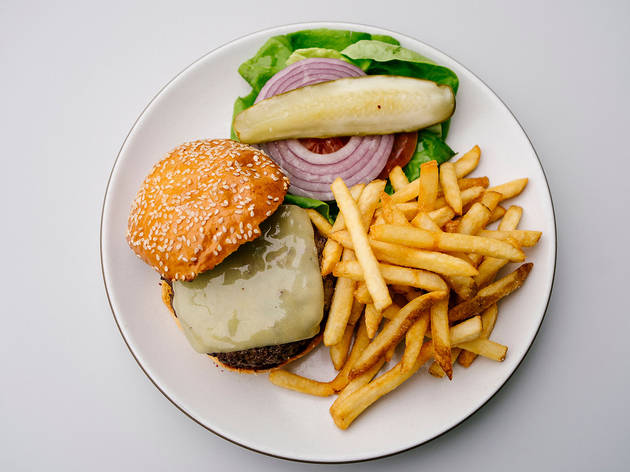 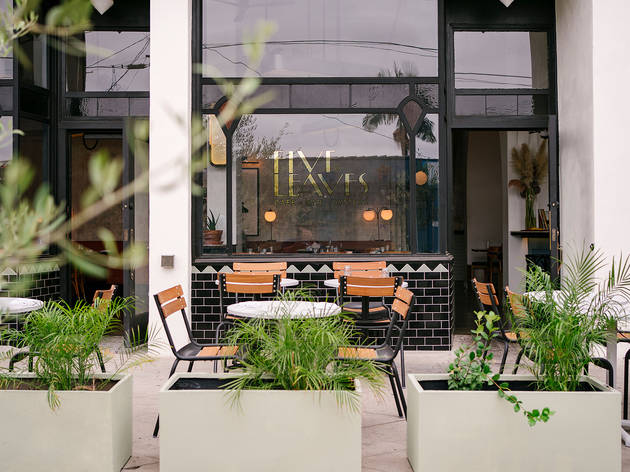 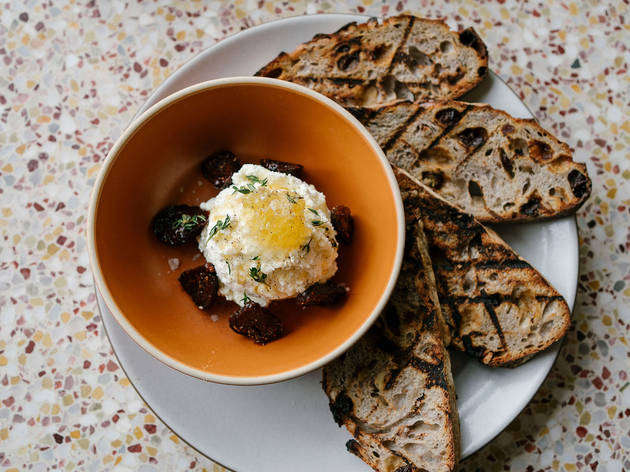 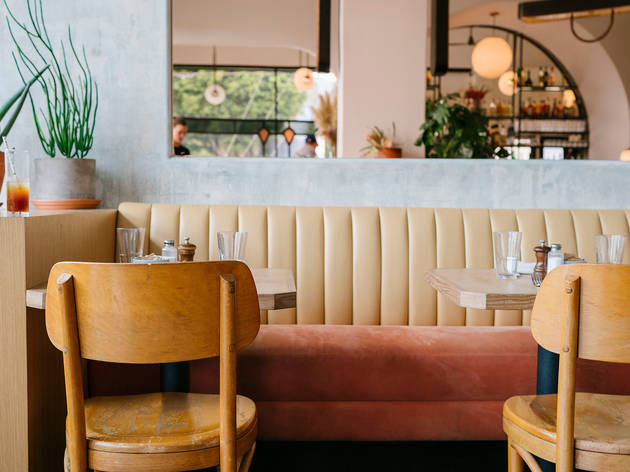 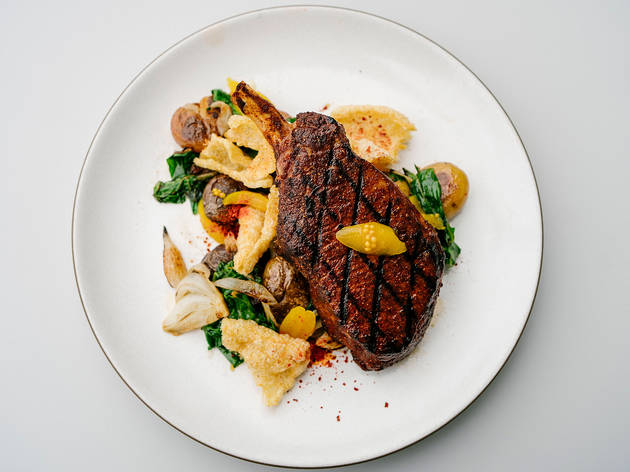 A decade-old Brooklyn favorite just opened its first West Coast outpost, and yet, despite its newness, there’s something wearyingly familiar about what’s on offer at Five Leaves L.A.

It’s a menu that looks like it’s been put together by a computer fed information about mid-level dining in Los Angeles, and then prompted to splurge out an identikit roster of dishes: some avocado toast here, a crudo there, a token pasta dish or two, some salads and a protein from a named source. Ho and, indeed, hum.

However, it’s not all grim. If you do find yourself in East Hollywood and step into our Five Leaves, you’ll notice that the room is a lovely, bright, open space decorated in Art Deco style. The service is chirpy and efficient, and the food is competently done, if having some noticeable flaws.

The menu’s originality doesn’t show much gumption, but there’s at least a sense that the chefs are putting in a bit of extra effort behind the scenes. The house-made ricotta ($15) was soft and creamy, and came served with some excellent raisin bread purchased from a local bakery. The Arctic char gravlax ($15) gets cured in-house to a perfect texture that works well with its garnishes of beet-cured egg, caper cream cheese and slices of marble rye. The burger (a hefty $17, plus $4 for bacon and gruyere) gets made with excellent grass-fed beef. The crispy chicken sandwich ($14), on the other hand, was crispy as advertised but overloaded with too much wet slaw, making the whole thing dissolve between plate and mouth.

Of the evening dishes, the chopped black-kale salad ($14) came with aged gouda and a dressing of anchovy, which at least gave the ubiquitous leaf an interesting and pleasingly spicy coating. It was much preferred to our other choice, the beef-and-haloumi skewers ($16)—basically dolmades on sticks—where the beef filling had dried out almost completely.

Despite my annoyance at the description of a lamb shepherd’s pie ($19)—shepherd’s pie is, by definition, made with lamb— it wasn’t bad at all, with a hit of heat to the meat filling and a soft potato topping with a little crunch to the top thanks to a few moments under the broiler. Why they decided to spoil the effect by piling over-roasted root vegetables on top of the crisp topping instead of on a side plate, I have yet to fathom.

The first attempt at our Duroc pork chop ($28) came out over-cooked, dry and gray.  It was replaced without question, and the second attempt was cooked to a perfect medium: juicy and showed the obvious quality of the meat. It also demonstrated that the kitchen had someone who knew what they were doing on the grill.

For dessert, the Brit in me came to the fore again and we chose sticky date pudding ($9), sticky toffee pudding by any other name. Unfortunately, unlike the shepherd’s pie, this didn’t bring back childhood memories of the Sceptered Isle; the pudding had dried out, and we were left spooning rather nice toffee sauce and vanilla ice cream from around it.

I’ve certainly eaten far worse in L.A. than I did at Five Leaves, but I’d hoped that as a new arrival in the city, they would’ve brought a tiny bit more ambition than their current off-the-shelf West Coast-style menu and hit-or-miss execution, particularly at prices that border on the level where Angelenos might blink. I fear for their long-term survival if they don’t.

The Art Deco space, with its big windows, semi-horseshoe bar and deep booths has to be one of the most appealing new restaurant designs in Los Angeles; a shame, then, that the seats are not terribly comfortable, and those in the middle—which offer padded benches with no back support—are obviously the idea of someone under 40 or a fan of medieval torture. Try and grab a booth if you can, or sit at the bar.

The ricotta and the house-cured gravlax are worth trying if you’re there for breakfast or brunch. Later in the day, the kale salad can easily feed two, and, when they did get the cooking of the Duroc pork chop correct, it proved an enjoyable main course.

The wines on the short list at Five Leaves L.A. can be counted on the fingers of both hands plus a couple of toes. A suitably chilled Vindemiatrix from winery La Senda ($13 per glass) was the best of the reds and good enough to order a second. They take their bar more seriously, and offer a range of house cocktails, larger pitchers and a decent list of aperitifs. As someone who judges any bar by how they can make a gin martini ($14), theirs was not bad at all.