When it was announced that Café Gratitude was bringing vegan Mexican food to West Hollywood in the form of Gracias Madre, there may or may not have been a considerable amount of eye rolling from this restaurant critic. A former resident of San Francisco, I am well aware of Café Gratitude's origins and fervent fans; the daily group huddles of affirmation among its staff; the "Question of the Day," the kelp noodle soup named "I am Serene." Calling out my state of mind is not high on my list while ordering dinner. I can, however, get behind good food, and so it was with relief that my experience at Gracias Madre not only came with a straightfoward menu—executed by chef Chandra Gilbert—but with quality Mexican cuisine that was in no way related to how I felt about myself.

To begin, it should be said that Gracias Madre is beautiful. A cross between Mexican chic and Palm Springs casual, the restaurant is decorated with festive cushions and tiles, a gorgeous courtyard and, inside, high ceilings and a comfortable bar. Wherever you choose to sit, order the guacamole—it, too, is fantastic; "some of the best I've ever had," asserted my dinner companion. For a Mexican restaurant (and a vegan one at that) to screw up guac would be enough to call it quits, but combined with their truly addictive house made chips, it is an exceptional start.

In reading the menu, there are certain themes that emerge; namely, potatoes and butternut squash and mushrooms. The absence of traditional cheese also means an abundance of cashew "cheese" or cream, served over nachos, tacos, enchiladas, flautas and almost everything else on the menu. Fortunately, the next best thing is sometimes just as good. The quesadillas de calabaza are topped—but, thankfully, not drowned—in the faux dairy, and we fully enjoyed the sweet butternut squash and salty caramelized onions tucked inside the tortillas. The same can't be said for the enchiladas con mole, which suffers the fate of a dish overwhelmed by sauce. I poked around the gummy tortillas for any substantial filling, but there seemed to be little: Yes, the mushrooms are there, but that is all, really, and the mass of black beans lying next to it only adds to the dish's soggy consistency.

A comeback, and a favorite of the night: the sopes con piña. Looking like mini savory quiches, the two masa cakes are piled high with pineapple salsa, cabbage, beans and guacamole, and provided a nice textural departure from some of our previous dishes via the firm cakes and a ramekin of raw, pickled vegetables. For dessert, a more traditional option might have been the flan, but our waitress recommended the pumpkin cake, and for that we are forever grateful. Flanked by creamy vanilla bean coconut ice cream, the seasonal cake is gently spiced with nutmeg and cinnamon, and tastes remarkably like fall. It was a necessary reminder that vegan doesn't have to mean void of flavor, and that Gracias Madre has arrived as an ethically-conscious alternative to LA's growing haute Mexican scene.

What to Drink: It comes as no surprise that tequila and mezcal are taken quite seriously here, especially by beverage director Jason Eisner (formerly of Drago Centro). There are more than 100 tequilas and mezcals available, including flights of each for those who want to sample a few options. For tequila fans, the Lavanda ($11) is a beautiful libation. Made with both lavender syrup and bitters, the potential for a too-sweet drink is cut by tequila blanco and lime, resulting in a fresh, clean cocktail that proves Eisner's talent.

Where to Sit: While the atmosphere inside is convivial enough, it can get a bit too loud. Better to sit outside on the dreamy patio, where 80-year-old olive trees, table umbrellas and twinkling lights make it ideal for both a romantic dinner and a lunch date with friends.

Conversation Piece: As of yet, Eisner's greatest hit at Gracias Madre is a boozy popsicle—the Paleta del Dia ($7). The popsicles vary in flavor (look forward to a spicy pineapple version soon) but are made with enough mezcal to pack a punch; come summer, they're the perfect alternative to a glass of cerveza. 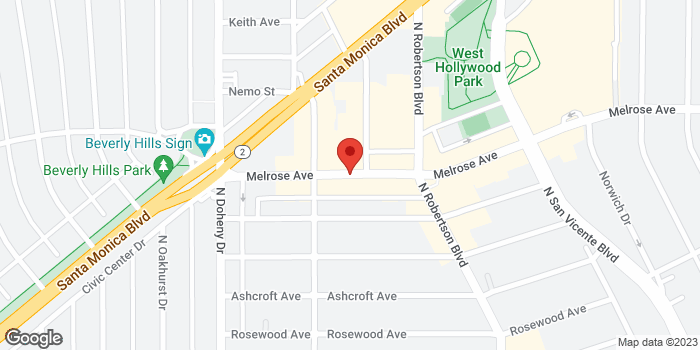