The shared plates are the showstoppers, but there's so much more to David Chang's first L.A. restaurant.

Even the David Chang skeptics of the world can’t consider Majordomo a flop—in fact, it's quite the opposite. In three visits, I found that this slightly isolated restaurant on the edges of Chinatown is already offering some of the most enthralling, if occasionally flawed, food in Los Angeles. When paired with spot-on service, a great beverage list and a buzzy dining room, the Momofuku chef’s latest should make many a local restaurateur search for some laurels to stare at.

While some may make slightly foolish references to that dreaded word “authenticity,” what is obvious is that Chang’s playfulness with combining his Korean roots and his first California location is never at the expense of a kitchen founded on hardcore technique. And, whether you approve of his take or not, if a flavor appears on one of the plates presented at Majordomo, it is bloody well meant to be there. This is obvious from the arrival of a palate cleanser of dongchimi (water kimchi), an opener so sharp and refreshing that it does exactly what it’s supposed to: set the mouth ready to move into overdrive.

This amuse is followed by an offering of bing, a Chinese wheat-based bread, which for those who may be unfamiliar, are cousins of the Indian roti. The bing arrive with a crisp exterior, which breaks to reveal a slightly doughy and absorbent interior, and can be ordered with a variety of fillings, including spicy lamb ($13), hozon (a paste made of fermented chickpeas; $7), cultured butter and honey ($6) and, best of all, eggs and smoked roe ($18): five-minute-cooked eggs with roe served on a nest of rich onion soubise.

It would be possible to construct a happy meal out of bing alone, but they are just a prelude, as are the appetizers, raw dishes and noodles that ease you into the onslaught of mains and sharing plates.

Of these starters, the best included the stuffed peppers with Benton’s sack sausage and buttermilk ($16), which provided a terrific balance of the crunch of the battered peppers, the slight smoke of the sausage and the tang of the sauce; a cold dish of marinated mushrooms with pistachios, radish and pea tendrils ($17), where the marinade included mirin and a hit of umami-rich dashi; and tapioca lo mein ($16) served with gai lan and laced with a house-made chili oil.

Of the more substantial dishes, the skate fried rice ($42) with shiso, scallion and chili sauce shows Chang at his absolute best. It comes with a suitable crunch of nureun (scorched rice) on the base of the dish, the brilliant addition of heat via his house gojuchang, and a sprinkle of crumbled tempura batter to add texture. The crispy pork belly ($24) and marinated black cod ($30) are also definitely worth considering, but it’s the thought of the skate which has swirled in my head since the first visit.

This brings us to the mountainous sharing plates, designed in both quantity and price to be enjoyed with a large group of friends. We chose the short rib ($190), which is certainly visually impressive and presented tableside, to the delight of the old codger who resides within me. The short rib had been cooked to perfection, leaving enough meat attached to the bone to allow for sufficient Instagram-inspired gnawing. And yet, as we ate it, I couldn’t help thinking that it resided very firmly in the “one and done” category: the sort of dish where one goes “ooh” and “ah” as it is presented, enjoys it enough as one eats it, but keeps thinking about the skate fried rice. While the sharing plates certainly get all the attention, Majordomo is too good a restaurant to be relegated to one that you visit only if you can get a party together.

Desserts at Majordomo are a bit of an afterthought. I disliked the hotteok ($12) not because of questions of the Korean pancake’s “authenticity,” but because it utilized bing as the bread, which became stodgy, while the Middle Eastern-leaning flavors of sesame, pistachios and dates—as opposed to the street food’s traditional filling of brown sugar—felt out of place. And a strawberry trifle ($10) was just that, a mere trifle.

Even if you overlooked dessert and the sharing plates, Majordomo would still make a $200 hole in your wallet. That’s not to be sniffed at, but then neither is a dining experience that is—love or hate the sometimes polarizing Chang—one of the most exhilarating openings in Los Angeles for a good long while.

The impressive shared plates are the clear showstoppers, but that shouldn’t dissuade you from trying the rest of the menu. A couple of bing, the sausage-stuffed peppers, the skate fried rice and the tapioca noodles would make a memorable meal for two.

If you’re on your own, you can ease the disappointment of not being able to try the sharing plates by at least watching them being prepared at the open kitchen’s counter seating. If you’re with friends, try to secure a seat in the buzzy main dining room, rather than the removed-from-it-all annex or the patio.

Apart from one drink, which confirmed my belief that no one in Los Angeles is capable of making a sazerac, I have not had a drink-related misstep during three visits to Majordomo. The cocktail making is top notch, and Richard Hargreave’s beautifully paired wine list can take you from easy access points at the $50 level to more ambitious selections that leave $200 in the rear-view mirror. If you decide to go booze-free, the selection of Asian-inspired Palmers is a must-try. 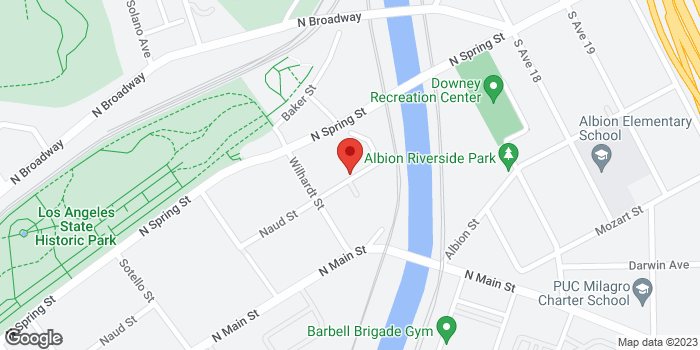