A stint on Top Chef has seemed to leave participating contestants in two positions: they either quickly fade from the limelight or appear on every morning cooking show in existence. For Chef Antonia Lofaso, a season 4 veteran, it has comfortably left her somewhere in the middle of public indifference and reverence. The result: she's had time (and space) to deliver two quality Los Angeles restaurants: Black Market Liquor Bar in Studio City and, more recently, Scopa Italian Roots in Venice.

It is easy to stumble upon Scopa unknowingly, mostly because there isn't any obvious signage outside, just a panel of windows that face Washington Boulevard. Yet when you are inside the space, it's hard to believe you could have missed it. The restaurant is absolutely stunning. Much like Black Market, the bar here takes center stage: a golden light shines down on three bookshelves worth of liquor, creating a soft glow that sets the mood come dinnertime. Like Black Market, too, there is exposed brick and plenty of sexy, dark brown wood throughout, but Scopa is far more open, and a range of music (everything from classical to The Strokes) pumped in quietly through speakers suggests that they really are trying to invite everyone in.

Comfort is important here, both in the food and the casual way you are instructed to share all of the plates (Our waiter: "You know, sharing is caring"), from the cold and hot antipasti (which dominate the menu) to the pastas and main dishes. In some cases, sharing became an issue. We battled for each bite of the beets, whose slivers of burgundy root come with dollops of burrata, tangerines and a splash of vanilla that sweetly shines through. A raw Brussels sprouts salad was less popular—it had the predictable combination of ingredients (pecorino romano, grapes, sherry vinegar, almonds) in a similar salad you may pick up at a deli counter—and the crispy squash blottoms were so heavy with ricotta and mozzarella that half the plate was left untouched. But a single (massive) rice ball inspired a flurry of fork movement again. This is one of Scopa's most popular antipasti, mainly because it is fried, resting in a pool of hearty tomato sauce and powdered in freshly shaved cheese (the comfort food trifecta). Conjuring up both shepherd's pie (must be the peas) and Roman suppli, the rice ball seems to bridge borders—sure, it was a little overbaked, but who can say no to a fried anything covered in marinara?

Lofaso has also curated an impressive selection of pastas, from maccheroni to cavatelli to fusilli, all incorporated in dishes that are, primarily, meat-heavy. One such option is the rigatoni with oxtail, cippolini, dandelion and ricotta. The handmade pasta itself is exceptional, and the dandelions are a smart addition, adding tartness to a dish that leans towards the sweeter side. Hankering for a taste of the sea? Scopa's whole branzino is, hand's down, one of the best items on the menu. The fish was almost creamy as it fell apart under our fork, and dressed in little else other than lemon and a smattering of herbs, so that its clean flavors came through without any unecessary fuss.

For fans of Black Market's gooey fried fluffernutter sandwich—myself included—you'll be delighted to know that it, too, is on the menu. But if you are in need of something a little less sweet, it is better to go for the zabaglione, whose bowl of berries, custard and hazelnuts are more like a breakfast treat than an indulgent dessert. By this time, the lights have dimmed, the bar is busier than ever, and fellow Top Chef alum Carla Hall is taking her seat at a table—I don't know what she ate, but I'm sure it included the rice ball.

What to Drink: The most popular cocktail at Scopa is certainly The West Side, and for good reason. Not only is it beautiful—it resembles a snowcone, concocted with vodka, orgeat, cucumber, mint and lime and with piles of shaved ice on top—but this summery libation is as light and refreshing as they come. The wine list can be somewhat daunting, but I left it up to our waiter and, after a few simple inquiries, he delivered a medium bodied Agliianico that went well with all of our dishes.

Where to Sit: There really isn't a bad seat in the house here. If you're just stopping by for drinks and apps, sit at the bar where you'll be sure to mingle and gaze on the eye candy that are the rows and rows of backlit liquor. For dinner, any table will do—the restaurant never gets too loud, no matter where you sit.

Conversation Piece: That empty section on the left as you come in, the one with the sign that says "No alcohol beyond this point?" That will soon be filled with more tables (and liquor!). The restaurant's entire space was originally two separate businesses in two separate zones, meaning Scopa had to apply for two liquor licenses when they opened.

Written by Erin KuschnerThursday May 1 2014
FacebookTwitterPinterestEmailWhatsApp 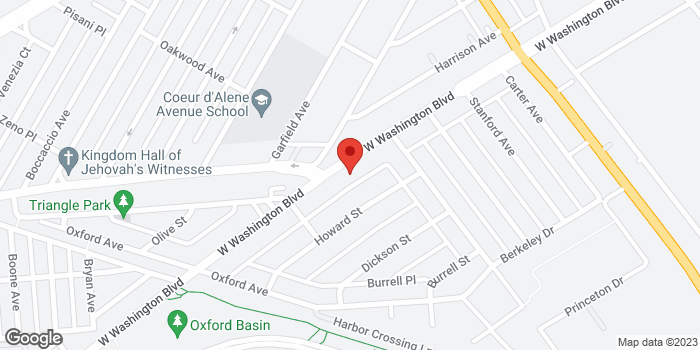