Simone could be the thoughtful restaurant of L.A.'s future—if it can nail the basics.

Despite the hype surrounding the opening of Jessica Largey’s first restaurant, Simone doesn’t seem to have struck a chord with L.A. diners—indeed, on our visits, plenty of seats remained open. But this does a disservice to the beautifully laid-out restaurant and Largey’s eclectic, produce-forward menu, which represents the chef’s training in top kitchens—namely Los Gatos’s lauded Manresa. The cause? It may be because that same menu, at this point, is perhaps more interesting than it is successful: While there are certainly some highlights, it still very much seems like a work in progress.

A bowl of burrata laid in persimmon confit, topped with pomegranate, nigella and purslane ($16),  might well be one of the prettiest dishes in the city, but it fell surprisingly flat on the tongue, underseasoned, and was served with bread from Bub and Grandma’s that bordered on the stale. The same stale bread appeared with a red lentil hummus topped by smashed cucumbers and nasturtium ($8), which spoiled a dish that otherwise would’ve made a bright and enjoyable beginning to the meal.

They can get bread right however: An order of first-rate sesame sourdough ($10) came with a slab of tangy house-made cultured butter. A caesar salad of Castelfranco chicory with grapefruit and blistered almonds ($15) was easily the best of the starters, whose grapefruit, in particular, worked well against the bitterness of the chicory and the crunch of the almonds.

Two subsequent dishes fell squarely into the “just because you can, doesn’t mean you should” category. The avocado-and-abalone toast with black vinegar aioli and daikon ($15) contained morsels of perfectly prepared, savory seafood, and a well-executed avocado toast that separately would have been a delight—but together felt as though Pavarotti had been tapped as the new lead singer of Led Zeppelin: Some things just don’t belong together. The same was true of the ricotta gnudi with grated tomato and guanciale ($20), where a meltingly perfect gnudi and sauce were completely overpowered by the distinct flavor of purple basil.

When the kitchen does get it right, however, it nails it. Pork collar with baby bok choy, peanuts and lovage ($36) presented slices of medium-cooked pork with braised bok choy that retained a bite, the crunch of peanuts and the celery-like flavor of a lovage purée cutting through the meat’s fat content. It was a simply lovely dish, as was the kabocha squash with chanterelle mushrooms, passion fruit and orange ($28)—a must-order, even for someone like me who prefers eating something that once had eyes and a face.

Desserts fell into the hit-or-miss category: Persimmon cake with sorrel and a dollop of black cardamom ice cream ($12) supplied a welcome savory note of pepper and avoided the all-too-common conceit of dessert as a sugar delivery system. Unfortunately, the Japanese cheesecake with fermented blueberries and ginger ($12) was once again spoiled by an overpowering inclusion, here with the fermented blueberries: an unpleasant taste that stayed with me for about an hour after I left the restaurant.

Service on both visits was mildly confused, but friendly enough that one didn’t mind too much the appearance of incorrect dishes and the inconsistent pacing of the meal. Like the menu, service will have to get itself into gear rapidly before the grace period of a recent opening wears off and its tasting menu soon launches.

One would hope that a such a quiet, respectful kitchen so dedicated to the provenance of its ingredients will find a long-term audience in the Arts District. However, given the gadfly-like attention span of L.A.’s dining crowd, I wonder if that might be too big of an ask. I hope not, because despite the inconsistencies, there is much to like about Simone, and it’s the sort of thoughtful restaurant that this city needs more of as its dining scene matures.

The restaurant offers a number of distinct dining areas, beginning with Duello, the welcoming bar area. There is also a larger rear dining room, a few private dining areas and counter seating overlooking the kitchen. Despite the fact that the counter seats required a minimum spend of $100 per person on our visits, they’re definitely my choice for a return visit.

If you begin with the caesar salad, follow with the kabocha squash and finish with the pork collar, you’ll have a meal that makes fighting your way to the Arts District worthwhile.

As is increasingly the case in L.A., the drinks list is terrific. Cocktails from bar director Ian McPherson are well-executed, there is a thoughtful list of wines by the glass, plus beers and sherries and enough selection in the main list to provide joy at most budgets. And on the one occasion we went sans booze (believe it or not, it does happen), the bar was able to craft two excellent non-alcoholic cocktails. 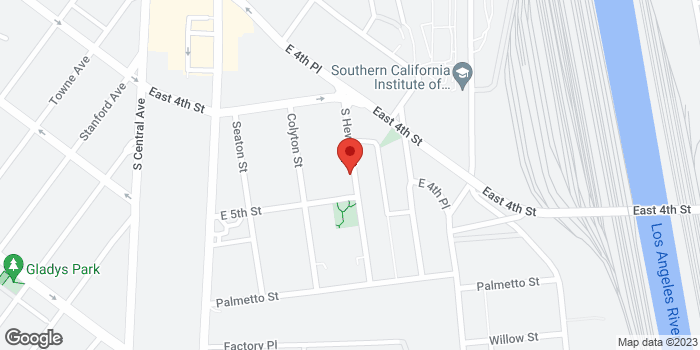