With a little work, NoMad could be one of DTLA's best.

The mezzanine restaurant at the NoMad Hotel is a slight triumph of style over substance—but man alive, what style. The stunning redevelopment of Gianini Place, the former home of the Bank of Italy, with its Doric columns and ornate ceiling laced with gold, immediately makes the Mezzanine the most beautiful dining space in L.A. Unfortunately, while the bar programs and front-of-house service seem to have beamed in fully functional from the New York mothership, the food from chef-owner Daniel Humm, partner Will Guidara and L.A.'s executive chef Chris Flint can best be categorized as “still finding its feet.”

With the exception of a board of perfectly crisp and peppery radishes dipped in butter ($13), all of the appetizers showed a level of imbalance and that there’s someone in the kitchen with Joan Rivers’s love of acidity; the lettuces with buttermilk, herbs and crispy baguette ($15) were both over-sharp from the tang of the buttermilk and over-salted—not a winning combination. Dungeness crab salad with avocado, apple and vadouvan ($26) suffered both from a mouth-puckering dressing and a too-liberal dose of the French-Indian masala, leaving nothing more on the tongue than a taste of cumin. Whipped fava beans with herbed ricotta and crispy lavash ($16) suffered a similar heavy-handedness and were pushed aside almost uneaten. The same was true of the flatbreads, one topped with mushrooms, and another with black truffle, parmesan and crème fraiche ($24), which were doughy and appeared to come direct from the Shoe Leather School of Baking.

Once the appetizers were finished, things took an immediate upturn. Black cod seared with red kale, pears and horseradish ($44) showed that, when fully in gear, this kitchen could be one of DTLA’s better offerings, or at least knows how to send out a beautifully flaky piece of fish. The same is true with the suckling pig confit with kumquats, wild spinach and bacon marmalade ($42), whose soft, melting flesh and crackling skin would be enough to convince anyone of the benefits of cooking something in fat.

The roast chicken with black truffle and brioche stuffing ($98, serves two) is the signature dish of the restaurant and looks the part. It’s presented to the table after roasting but before being separated into two dishes: a full breast with truffle sauce, and a creamy dark meat preparation topped with the crunch of crumbled chicken skin. It’s certainly pretty enough, and the golden-skinned bird is roasted to perfection. But looks can be deceiving and the Jidori chicken failed to deliver much flavor—and certainly not enough to justify the show-and-tell involved.

The desserts, however, are simply outstanding. The Milk & Honey, a composed dish of shortbread with brittle and milk-flavored ice cream ($16), was exactly as our server described: “just like eating breakfast cereal.” And, in case you were wondering, I like breakfast cereal very much indeed.

The mezzanine cocktails, also outstanding, are made with precision—and the lobby bar provides a perfect place to start your evening. The wine list is a manageable size and displays a particular fondness for Germany; while there are bottles expensive enough to require a second thought, there are also plenty of easy access points.

Finally, there is the spot-on service, which can be described in a term almost forgotten in Los Angeles: “grown up.” While it’s friendly and Manhattan-efficient, it also takes the long-forgotten view that you may have eaten in a restaurant before, that you might know vaguely what you are doing and, if you are uncertain, that you know how to say “excuse me” to your server. It’s a radical idea, but who knows? It may catch on.

Asking $250-plus for a meal for two, a bottle of wine or a few cocktails, a dinner at Mezzanine is never going to be a regular occurrence for most people. But, if they can get those appetizers up to speed, it may very well provide one of the city’s best spots to celebrate a special occasion for years to come.

It’s a struggle yet to enthuse about the food, but part of me is tempted to suggest just ordering the Milk & Honey and a bottle of Champagne.

Unless you suffer from vertigo, ask for one of the tables overlooking the lobby bar; the people-watching is the best in town.

A great deal of deliberation has gone into the wine list at the NoMad Mezzanine. After your cocktail, try looking to a region outside of your usual favorites and ask the well-versed sommeliers for their suggestions from Germany and Austria. Our choice of Grégory Pérez’s Mengoba godello ($67) from Bierzo, Spain served our meal admirably. 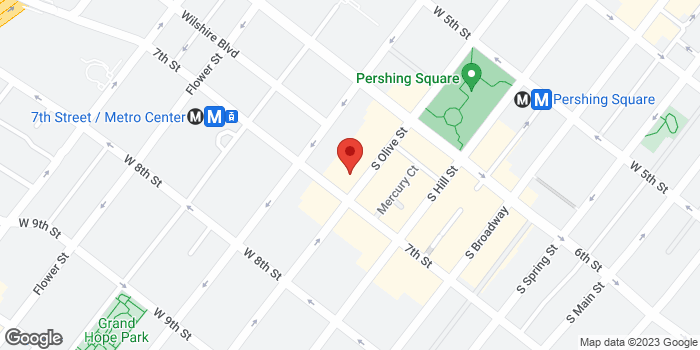