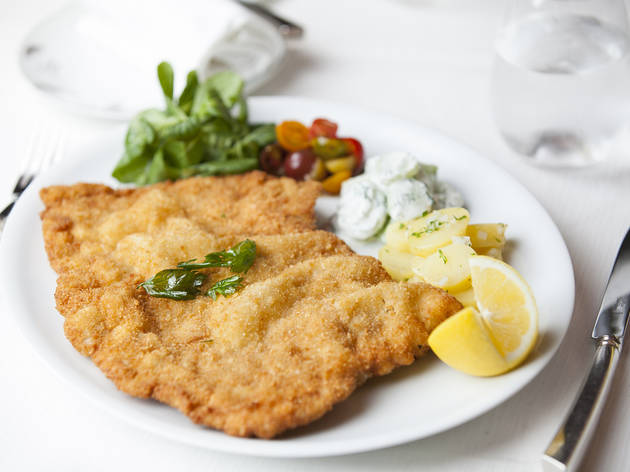 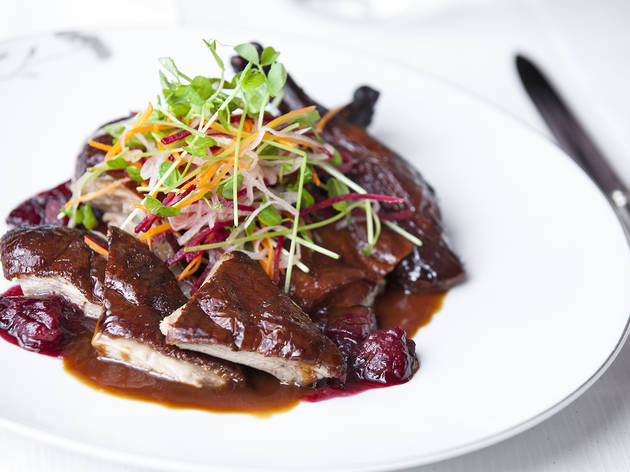 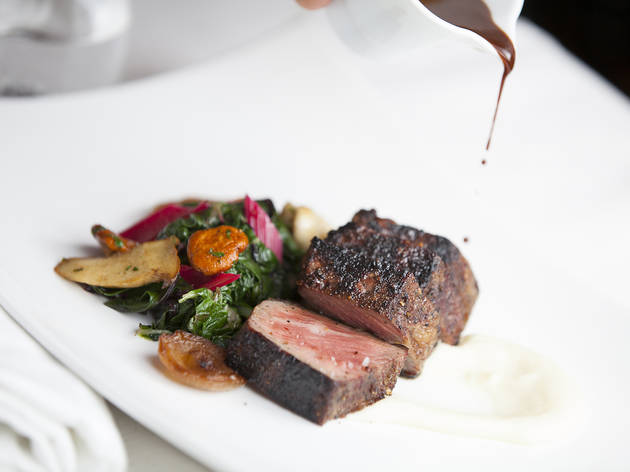 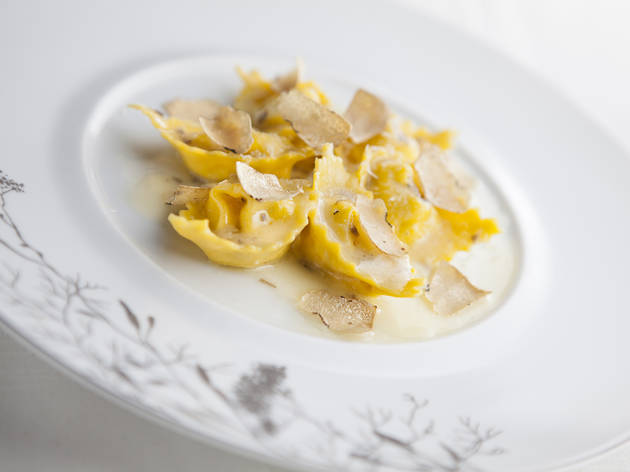 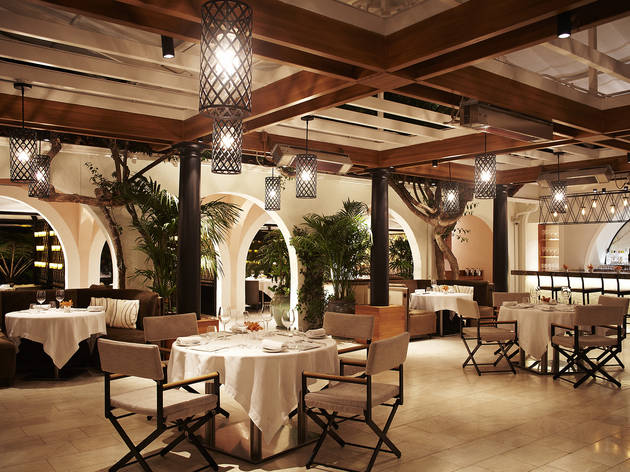 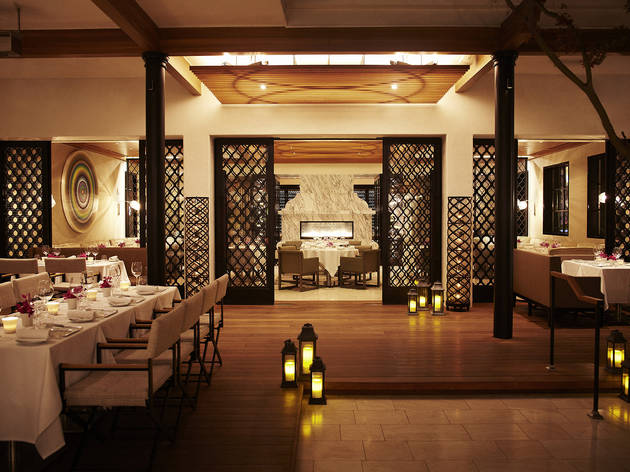 Half the city was up in arms over the gutting and remodeling of the famed Hotel Bel-Air. The patio was legendary. So romantic. So special.

But, frankly, it was also just incredibly old and growing more irrelevant by the nanosecond. The hotel recruited designer David Rockwell to reinterpret the restaurant—the focus of which would still be its sprawling outdoor terrace—but in a style that was unapologetically modern. No looking back. And then, the hotel recruited Wolfgang Puck to put his name on it.

Thrown out with the peach-colored tablecloths and green rattan chairs was the restaurant's stuffy old attitude. Rockwell has brilliantly captured the joie de vivre of the good life in Bel Air, of indoor/outdoor Los Angeles at its jasmine-scented finest. And the restaurant at the Bel-Air is once again, finally, the most glamorous restaurant in town.

The drawback to being the most glamorous restaurant in town—in the heart of the city's richest neighborhood—is that this is also now the most expensive restaurant in town, or very damn near it. The menu sounds and tastes a lot like the food that Puck has long served at Spago. A few items are, indeed, lifted directly from Spago (a good thing, since those dishes are no longer available at Puck's flagship which has itself just emerged from a similarly-controversial transformation.) The classic veal wiener schnitzel is now here, as is Spago's famous Asian-inspired duck. But the menu (executed by executive chef Sonny Sweetman, a longtime protégé of Puck) also borrows a line or two from the master's Beverly Hills steakhouse, offering a 35-day dry-aged sirloin simply grilled over mesquite and oak. If it's truffle season, you'll want to draw your attention immediately to the agnolotti (another Spago flashback).

Sadly, the service isn't as polished and attentive as it needs to be at a restaurant this expensive. It actually veers toward sloppy and amateurish at times, which is a shame because this place clearly has the potential of being the most important restaurant in town. Someday, perhaps. But, at least for now, it's not exactly a deal breaker.

Drink this: A classic martini

Eat this: If ever there was a most appropriate place to eat caviar, this is probably it.

Sit here: Anywhere on the patio. Otherwise, what's the point?

Conversation piece: Arrive 30 minutes early to enjoy a cocktail by the fireplace in the lounge. Then, after dinner, finish the experience with a romantic stroll through grounds around Swan Lake. PS. If you remember the days when valet parking at the Hotel Bel-Air was always free, well, consider yourself old; free parking is so last year.

Near Wolfgang Puck at Hotel Bel-Air