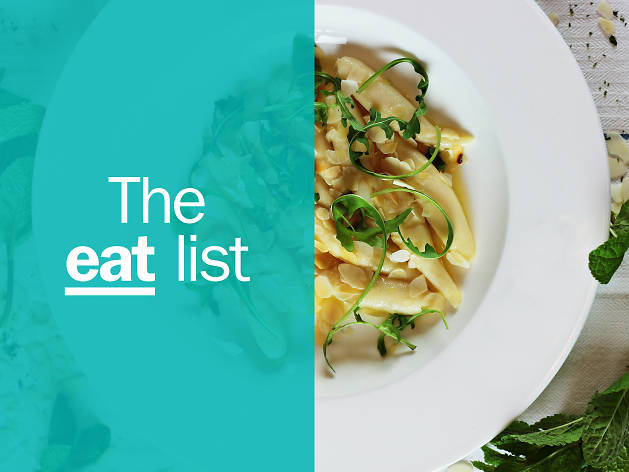 The 15 best restaurants in Milan

It would be easy to write a best restaurants in Milan list and just stick to the Michelin-starred big guns. Celebrity chefs like Carlo Cracco and Claudio Sadler undoubtedly dominate conversations about the city’s culinary scene but, in sticking to fine dining, you'd miss the point that Milan is trying to make. The Italian metropolis is full of so much variety: from neighbourhood pizza joints to traditional trattorias devoted to regional cooking and loved by local eaters and the flourishing of the Asian food scene, there is so much on offer if you just look past the obvious choices. That, of course, often means making a trek: it is no secret that finding something spectacular in the tourist-laden centre of Milan is no small feat – so you’re going to have to pay attention to the edges. Il Luogo di Aimo e Nadia in Bande Nere, with two Michelin stars, and Mao Hunan in Loreto, which at-first-glance appears to be a gelateria, for example, are worthy of day trips outside your tourist comfort zone. There is, clearly, a lesson to be learned in Milan: don’t be afraid to go the extra mile for a really good meal. 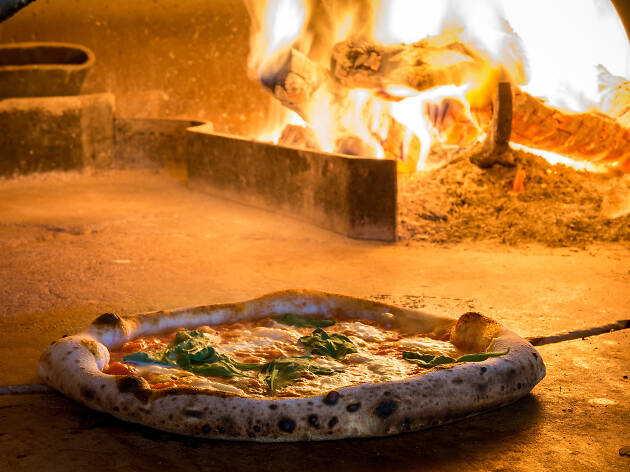 The best pizza in Milan comes with a side of history that encompasses all of Italy. Whereas Naples’ version of the delicacy follows strict rules (round, soft, with a raised edge that is free from burns) that have earned it a UNESCO World Heritage status, pizzaioli (pizza makers) from Rome serve the stuff al taglio (by the slice) or as crispier, round pizza Romana. Milan, on the other hand, has never boasted a distinctive pizza style, benefiting instead from a culinary reputation centred around cotoletta Milanese (a sort of cutlet), risotto and other local eats. Milan favourite Spontini has been the one big name on the local pizza scene since the 1950s, serving thick triangular slices of Margherita (with the addition of one not-so-secret ingredient, anchovies) that many grab on-the-go, but typical round pizzas – larger in circumference and with a cracker-thin crust – have been traditionally unremarkable. That all changed when the Expo 2015 swept into town, bringing along with it a focus on food that has led to a local restaurant and bar revolution. In terms of pizza, this has meant an influx of big-name Neapolitan players as well as a rise in homegrown artisanal offerings. Today, discerning Milanese want to know everything from how long the dough is allowed to rise to the provenance of the oregano lightly dusted on the finished product. And we’re here to enjoy it all. RECOMMENDED: Full guide to the best restaurants in Milan 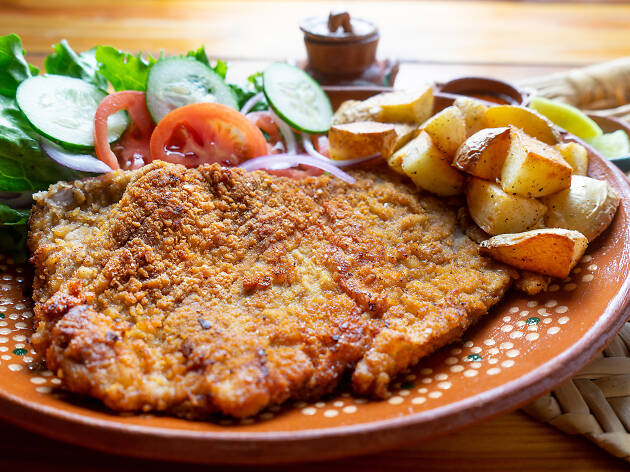 Milan's culinary scene is bound to tickle any type of eater's taste buds: home to plenty of migrants, it boasts food whipped up by chefs from all around Italy and beyond. Which means you'll just as easily come across Sicilian food (arancini! Muffuletta! Scacciata!) or sushi as you will traditional Milanese fare. Speaking of traditional local eats: the city's restaurants are clearly at their best when they embrace all that Lombardy has to offer. The region's gastronomical ethos embraces the stolic, hard-working mountain folk that render it what it is on a cultural level as well. That’s why some of the city’s best food – often heavy, often meat-based, very rarely Instagrammable – isn’t found in the most fashionable eateries and bars but rather in down-home, unpretentious trattorias that have perfected Milanese comfort food after years of practice. Start with polenta, made with boiled cornmeal, and work your way through cassoeula, a cabbage and pork stew, panettone, a fruitcake of sorts, and beyond. Buon appetito! RECOMMENDED: Full guide to the best restaurants in Milan