The 15 best restaurants in Milan

Few cities do good food like Milan. Actually, no, scratch that; nowhere does good food like Milan. Putting together a list of the best restaurants in Milan is one of travel writing’s great joys. Sure, you need to wipe up the dribble from the keyboard now and then, but this northern powerhouse has a reputation for gastronomic greatness that is not overblown in the slightest. If you want gourmet cuisine, Milan is waiting for you.

That being said, there is a homely element to Milanese cooking that often gets overlooked among the Michelin stars and celebrity chefs. After all, there’s more to this city than high-end opulence. Milan is a place where neighbourhood pizzas and traditional trattorias jump to previously unforeseen heights, a city where international flavours have made their mark and continue to do so. Finding spectacular food here isn’t difficult, but some things demand trying at least once. 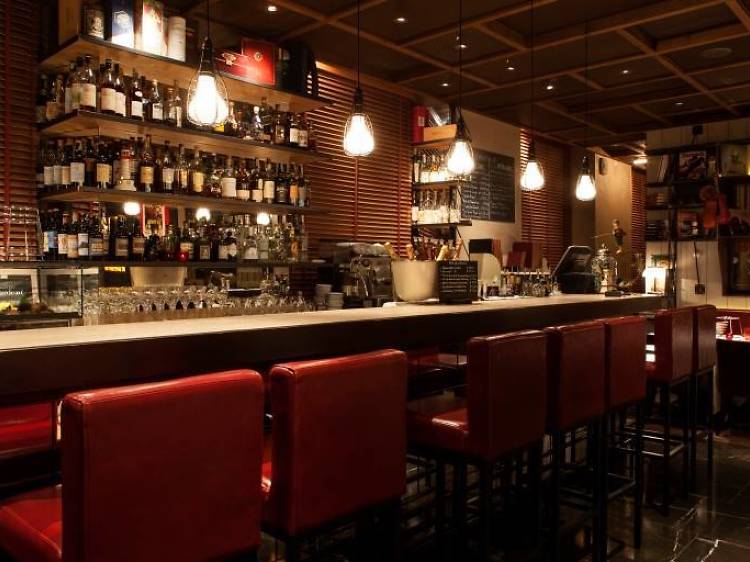 Langosteria offers perhaps the city’s best fish and crustaceans in an upscale dining environment. But don’t expect stuffy formality here: the charming sea-inspired decorations give Langosteria a warmth not often found in high-end seafood restaurants. Try the Catalan-style main courses, out of which the Catalan-style king crab gets top marks. If you prefer your seafood raw, take your pick from the impressive oyster collection or order one of the raw-fish platters featuring delicacies like red shrimp fished from the deep Mediterranean waters off Sicily. 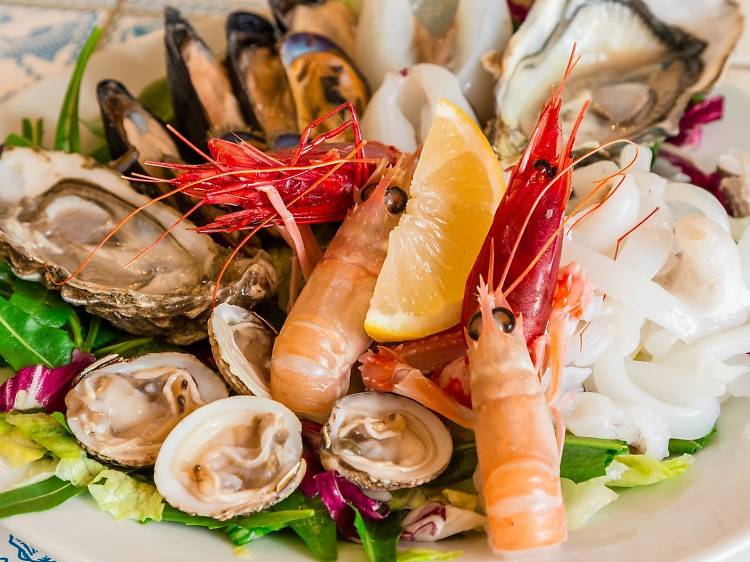 With its all-white interiors and fisherman-basket lampshades, seafood sandwich shop Pescaria is crammed with fashionable locals who are willing to brave the long lines for a bite of the restaurant’s transcendent sandwiches, which combine the freshest seafood with an array of unexpected ingredients, like pesto, fried turnip greens and crunchy artichokes. Go for the signature octopus sandwich – the lightly fried octopus is the right balance of crispy and juicy and pairs beautifully with a rich ricotta cheese. 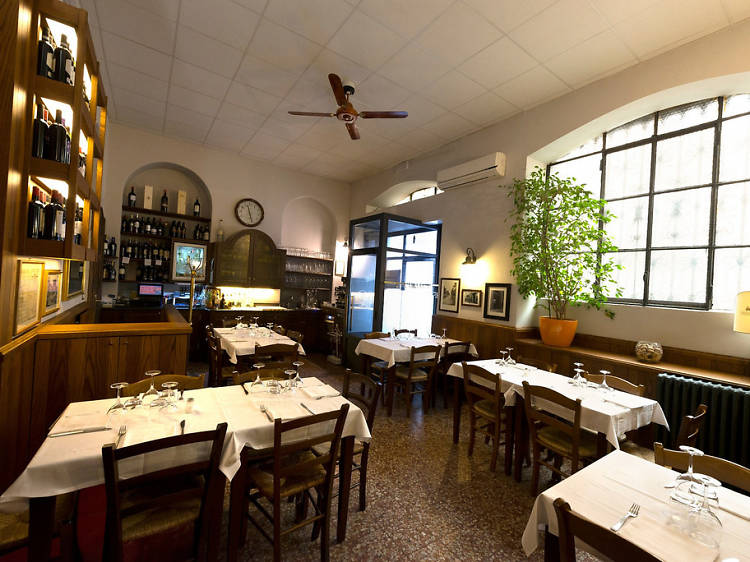 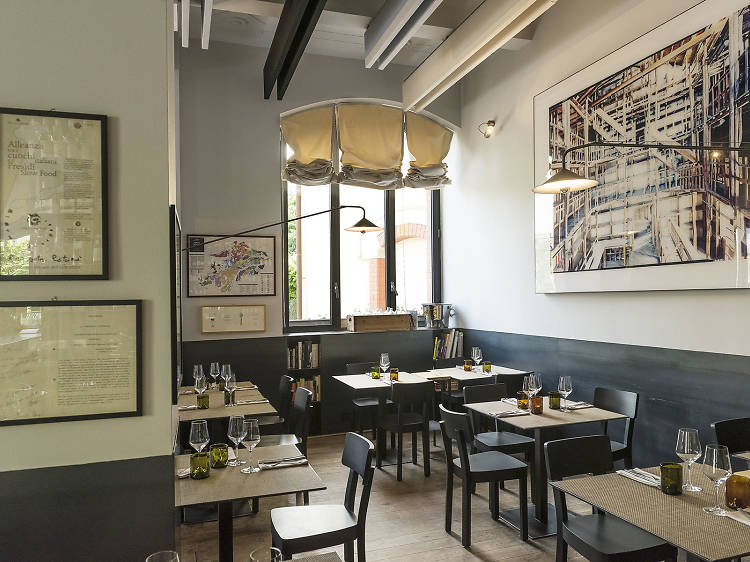 The best contemporary takes on traditional Milanese cuisine can be found at Ratanà, a restaurant in Isola owned by the imaginative chef Cesare Battisti. His version of the classic risotto alla Milanese con ossobuco (saffron risotto with braised veal shank) is silky smooth and vivid in both colour and flavour. Battisti’s decision to use Lodigiano cheese, which is sweeter than Parmesean, gives the traditionally creamy dish an even richer taste. 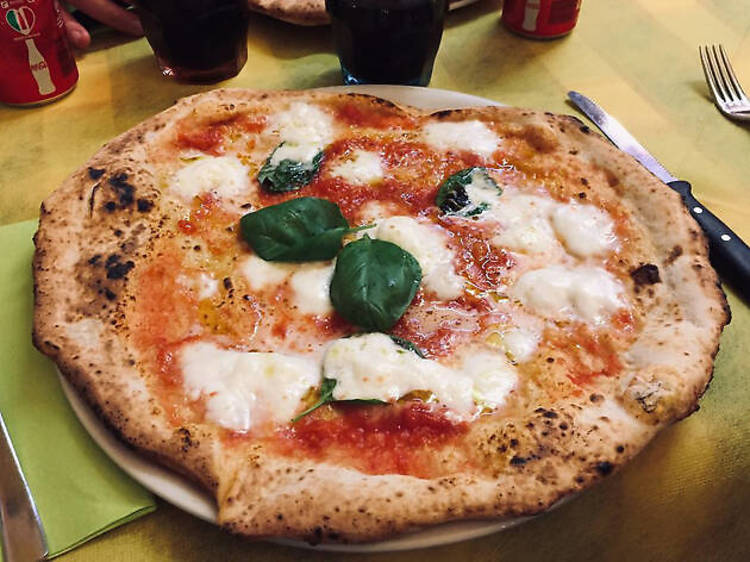 Piz might only offer three menu items, but you certainly won’t leave feeling as if you’ve missed out. Choose between the Margherita (San Marzano tomatoes, fresh fior di latte mozzarella, olive oil, basil) the Delicata Bianca (fior di latte, poppy seeds, chives) and the Marinara (San Marzano, crushed garlic, basil) and be amazed. Each option is deceptively simple but exceptionally well-prepared using only the highest quality ingredients. They don’t take reservations but try not to be put off by the wait: servers have been known to hand out complimentary samples and flutes of Prosecco to the hordes of hungry diners that amass outside. 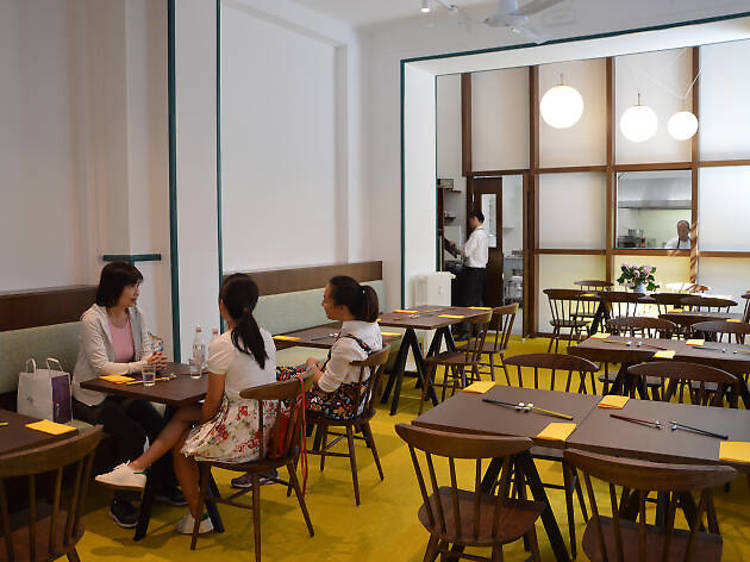 Who would have thought that the best place to indulge in authentic Japanese home cooking would be in the centre of Milan? From the lunch-time takeaway counter selling pre-made bento boxes (sans sushi) to the full-service restaurant in the back, the Japanese staple just behind the Duomo covers all the bases. We recommend the richly flavoured curry, pillow-soft unagi eel donburi or any of the excellent side dishes, the stewed Hijiki and miso eggplant in particular. Yamamoto also wins points for the perfectly furnished interiors, which take a contemporary spin on the classic Japanese canteen style. 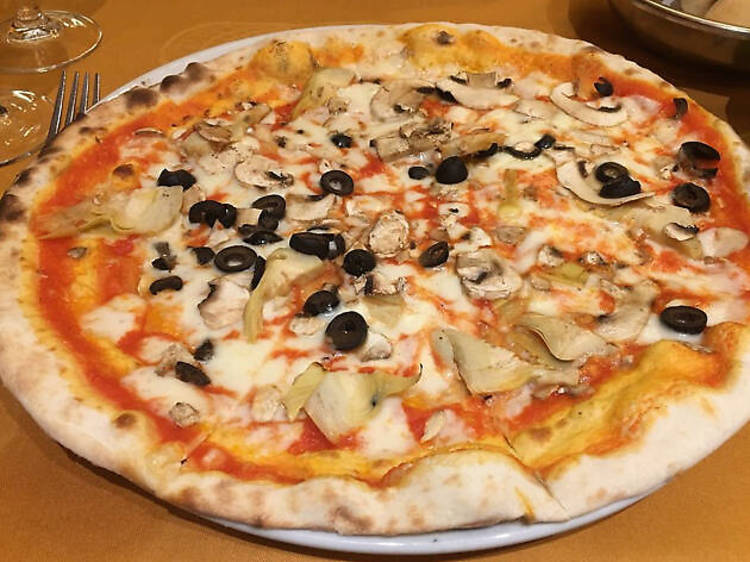 This old guard restaurant marries the simplicity of rustic Tuscan and Ligurian cuisine with the drama of classic Milanese interior design (the dining room was designed by the infamous architect Renzo Mongiardino). The extensive menu skews towards seafood, serving dishes like paccheri with swordfish and eggplant, a large selection of raw carpaccio and tartare, plus market fresh fish, which arrives at the table whole to be served with theatrical flair. 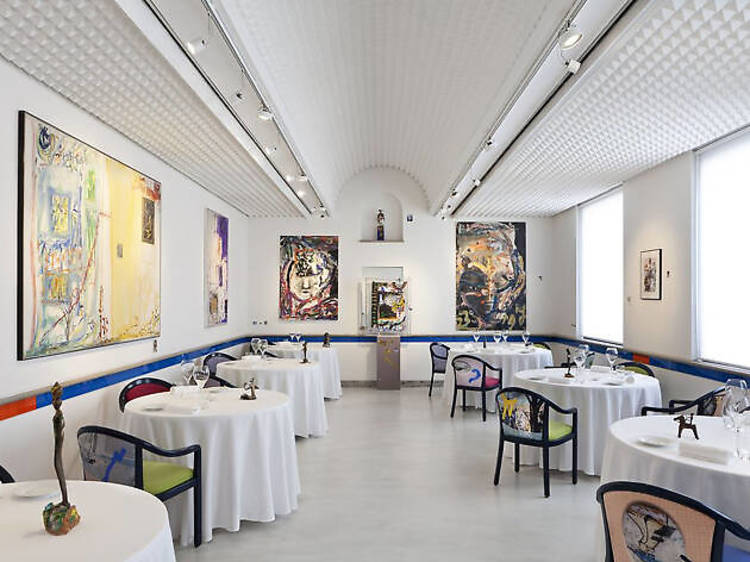 Set in the slightly out-of-the-way neighbourhood of Bande Nere, owners Aimo and Nadia Moroni have been operating Il Luogo since 1962. In the past 50-plus years, they have amassed multiple locations and two Michelin stars. Now, in the hands of daughter Stefania Moroni and head chefs Alessandro Negrini and Fabio Pisani, the restaurant continues its legacy of brilliantly inventive fare. Choose from one of three tasting menus or order à la carte from a menu that includes dishes like semolina ravioli with codfish, risotto with zucchini flowers, purple shrimp and burrata and squid from the Adriatic in ink sauce. 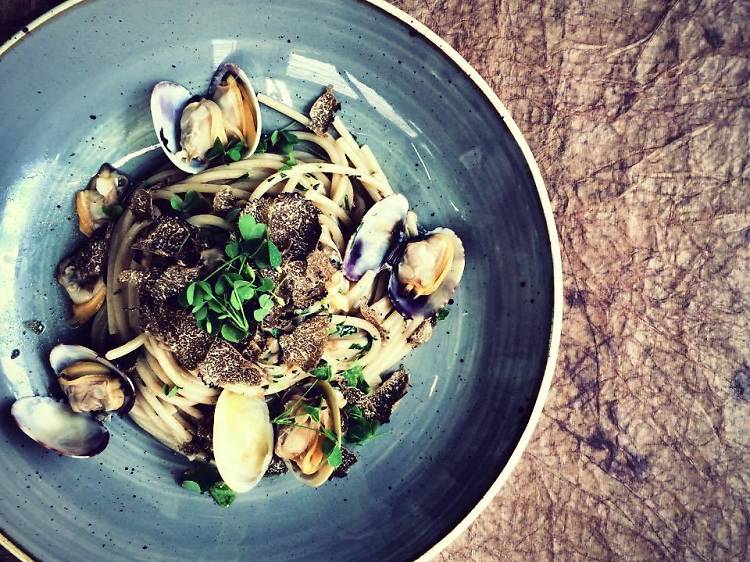 Erba Brusca is a rural retreat whose short and sweet menu features ingredients from the adjoining garden, tuning diners in with the land. This informal spot is particularly popular on weekends, when the Milanese escape to the countryside and the mountains that ring the city. Although the menu changes regularly, a reliably delicious mainstay is the pasta with clams, truffles and wild sorrel (erba brusca). Pair it with a natural wine from the expertly curated list. 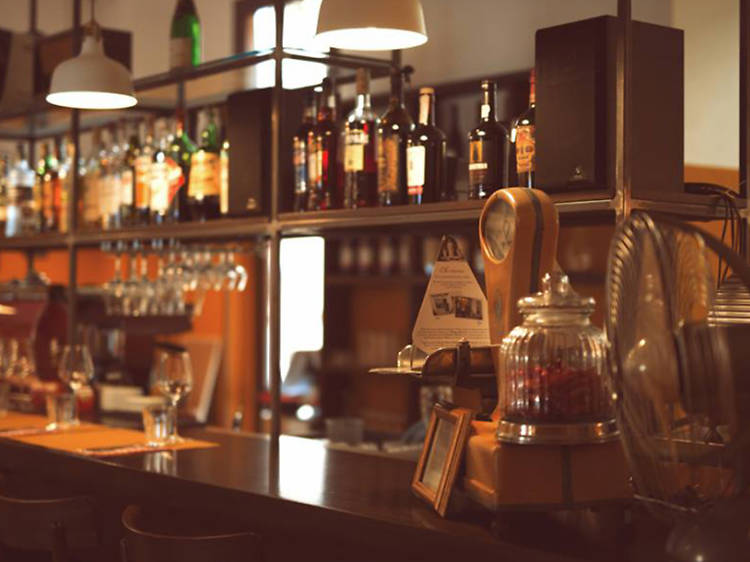 One of the most popular chefs in town, Diego Rossi has set out to honour offal, creating unfussy renditions of tripe, kidneys, liver, heart, lung and sweetbreads; the menu changes daily depending on what’s at the market. The chef also caters to less-adventurous diners and vegetarians with more standard dishes. In addition to the bold interiors and flavours, what makes Trippa so special is the warm atmosphere, which is cultivated by Rossi’s business partner and front-of-the-house expert Pietro Caroli. 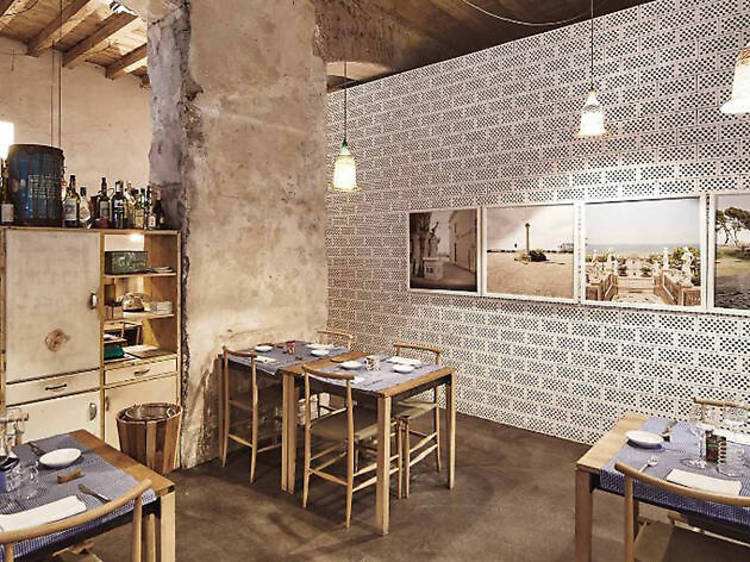 Leading the pack with an inventive, contemporary spin on Italian cuisine, 28 Posti – named so for the 28 seats in the Navigli-side restaurant – serves dishes inspired by chef Marco Ambrosino’s roots in Procida, an island just off the coast of Naples. Also influenced by his time at Copenhagen-based NOMA, Ambrosino wades into culinary waters less tested in Milan: the constantly changing menu includes dishes like burnt onion with fermented wild strawberries, rigatoni tossed in miso and savoury desserts flavoured with bee pollen, coal and bottarga. 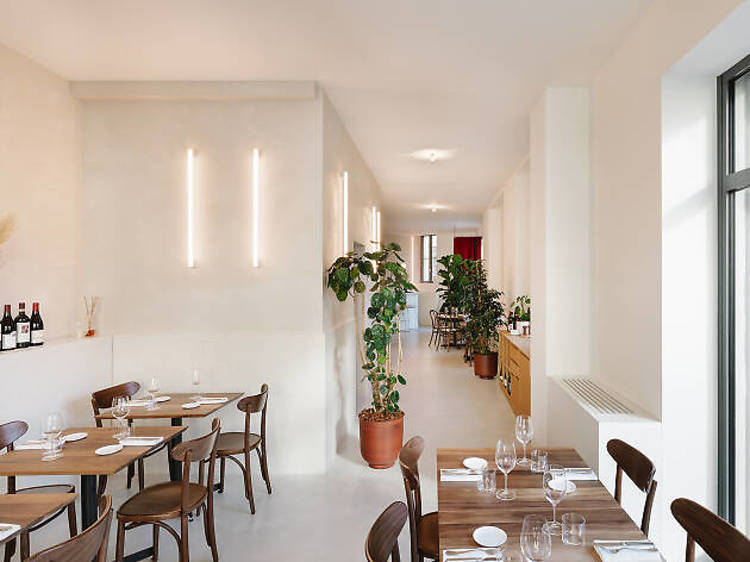 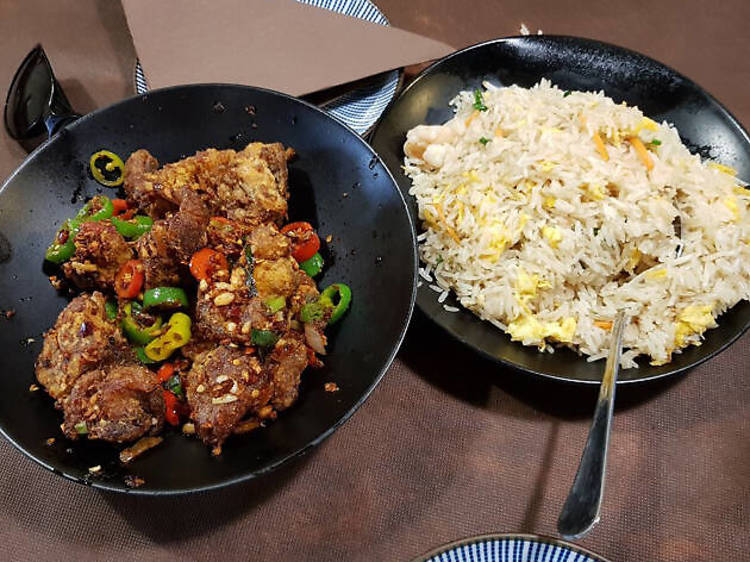 Masquerading as a gelato shop in the northern neighbourhood of Loreto, Mao’s menu of searingly hot authentic Hunan cuisine is not to be missed. Packed nightly with expats and die-hard devotees (reservations are essential), the owners even recently opened a second location, Maoji, which serves street food. But, at the original spot, the many-page-long menu includes classics like stewed pork belly, pig’s feet with Sichuan chilis, fried spicy squid and multiple vegetarian-friendly options. 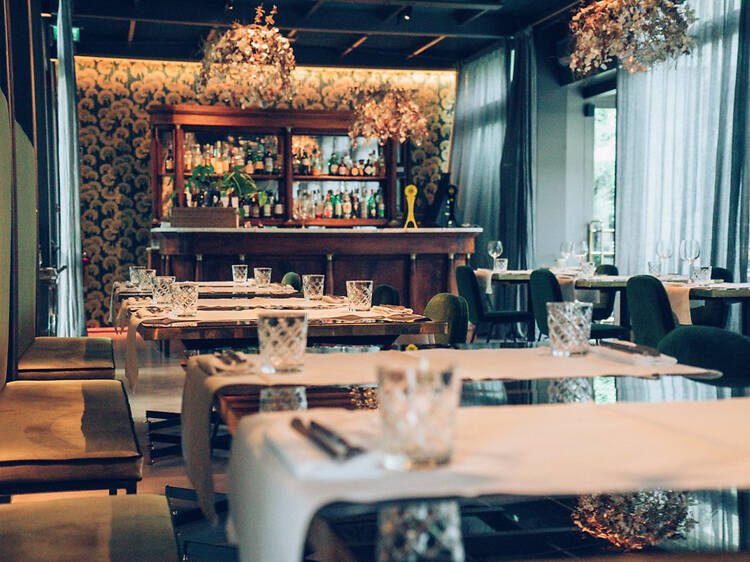 Nestled on the southern periphery of Milan in a former hamlet housing a 12th-century abbey, Borgo Nuovo Chiaravalle is an escape within city limits. The glass-walled dining room looks out over a canal and the adjacent abbey’s ornate spire but, inside, the chefs really work magic. A market-fresh menu covers offerings like roasted guinea fowl with truffle, pumpkin gnocchi with smoked ricotta and slow-cooked beef cheek with polenta. Though the restaurant is still technically in Milan, a car or taxi is essential to reach this out-of-the-way gem. 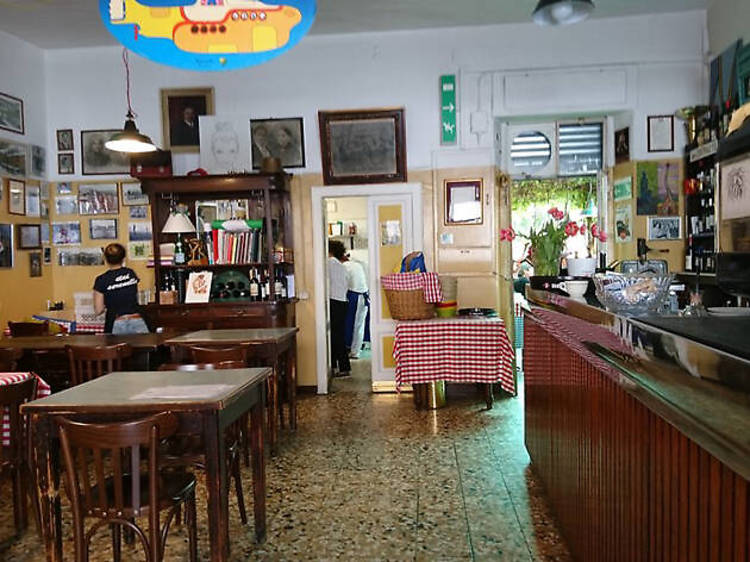 A quiet side street just off Corso San Gottardo hosts this lost-in-time trattoria. A small menu that is handwritten and xeroxed each day offers Milanese comfort food at its finest. Cotoletta alla Milanese (a thin, breaded veal cutlet), ossobuco and traditional saffron risotto are usually on offer for lunch and dinner. In the summer, a vine-ringed patio is scattered with tables and, on Saturday nights, a saxophone player often pops in for a song or two.

Ready to explore the city's cultural side? 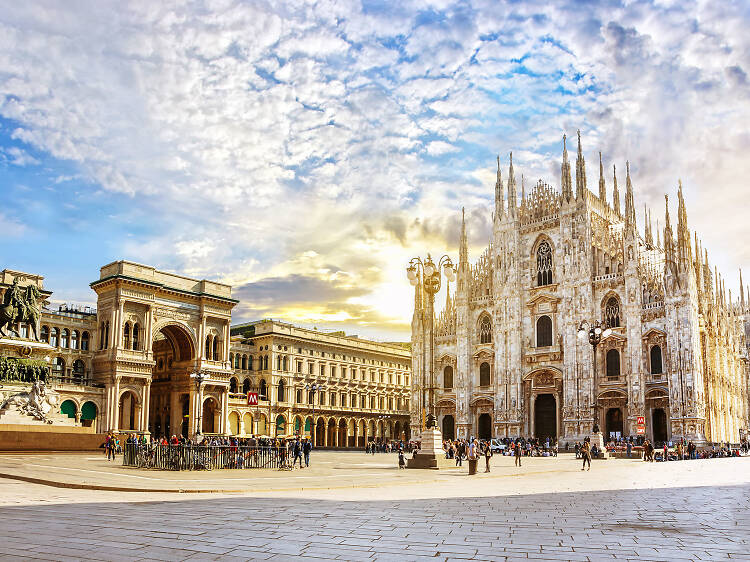 The 22 best things to do in Milan

Tourism is booming, the already efficient subway system is expanding at lightning speed, starchitects are clamoring to design the next beautiful building to grace the city’s growing skyline and there is a growing sense of Milan being a “place to be” and a destination renowned for more than out-of-this-world pizza and shopping than ever before. 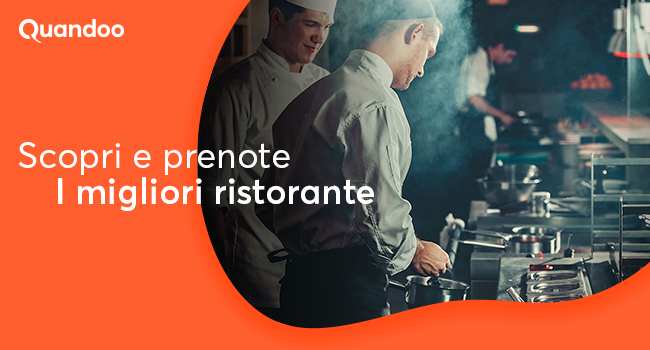