Most artists aren’t on a first-name basis with the Obamas, but Amy Sherald is. Last year, she went viral after painting former first lady Michelle Obama for the National Portrait Gallery, in Washington, D.C. Selected out of the 20 artists who submitted portfolios for the prestigious commission, Sherald allows that her reaction to landing the gig wasn’t typical. “I didn’t go, Oh my God,” she says. “I just sat down and kind of went, Whew! But I knew I couldn’t internalize it until I was finished, which was two years later.” Now, a few days before the opening of her solo exhibit at Hauser & Wirth—her first in NYC since the portrait—Sherald sits in the gallery amid her signature likenesses of African-American subjects rendered with gray skin tones (“I want the images to exist universally”) to discuss a career that might be best summed up by the word knitted across her sweater: ALRIGHT. 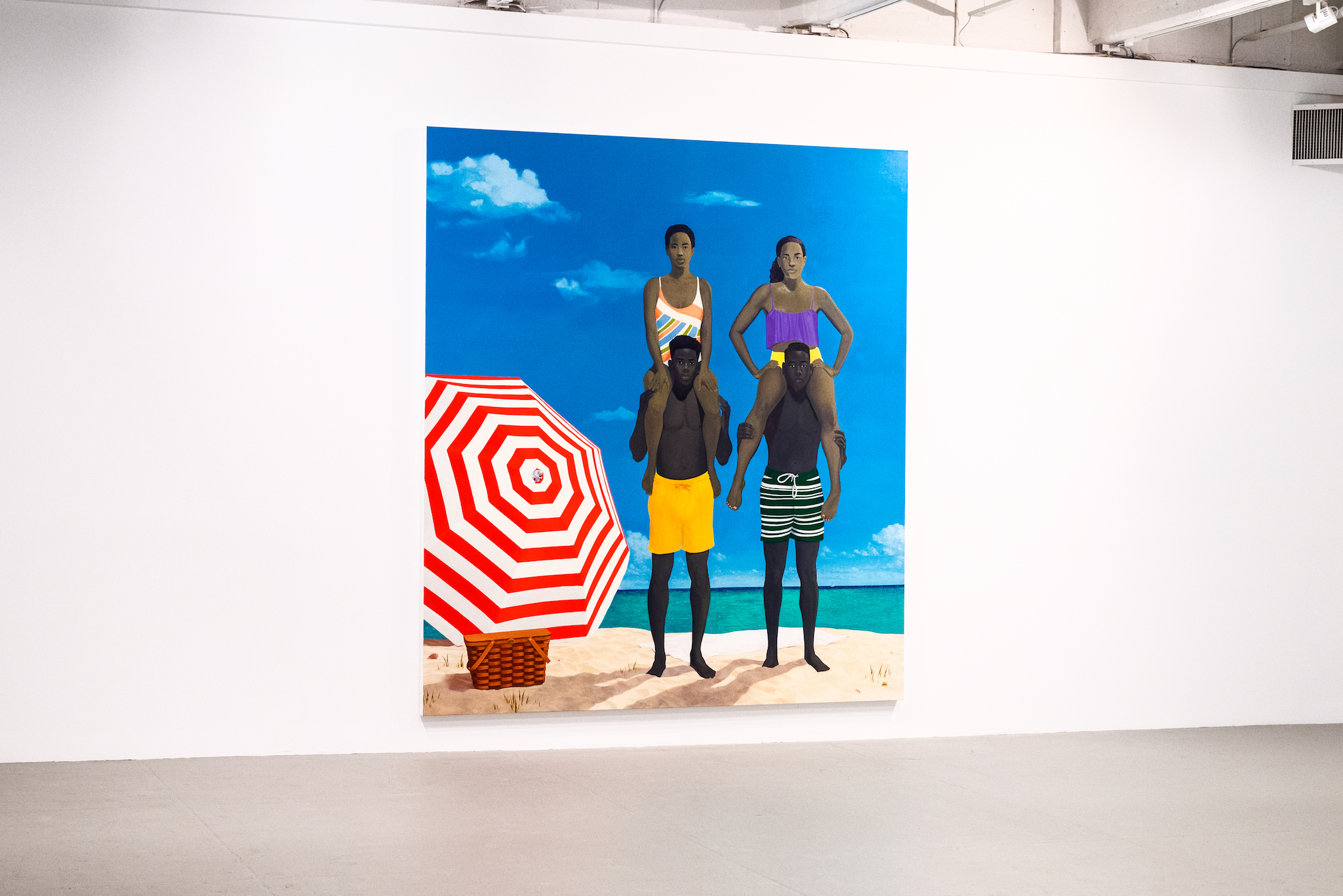 How long have you been making art?
Since I was a kid, but maybe only in earnest since I shelled out for an MFA. I knew then that art was going to be my career. I didn’t invest $65,000 to do something else to pay back my loan.

Do you paint from photographs or from life?
I use photos. 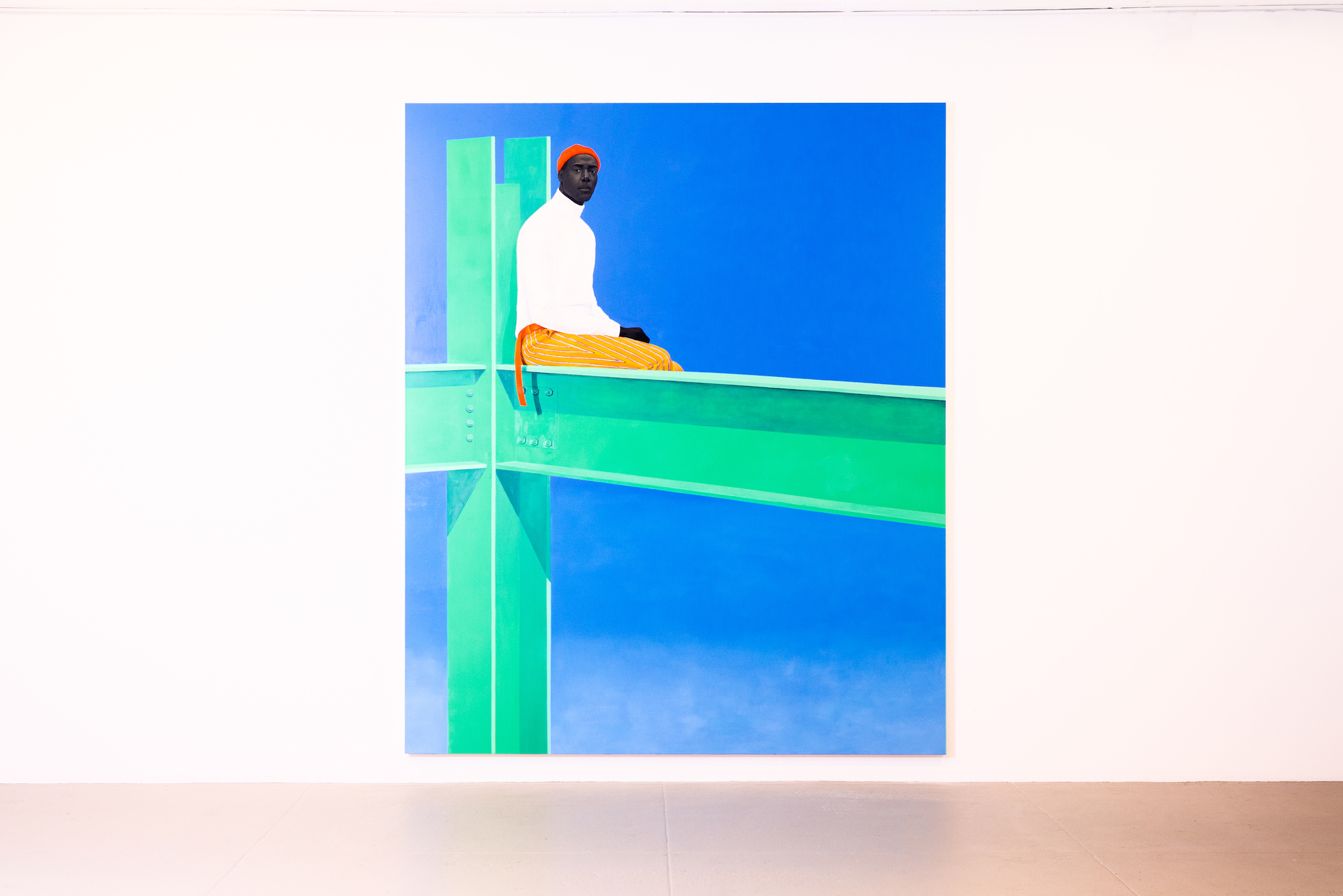 How do you find your subjects?
Usually by walking or driving around. When I see someone, I have to put the car in park and jog back half a block to try to catch up to them.

Don’t they think that’s weird?
It’s a bit awkward. But once I take out my cell phone to show them my website, it doesn’t take much convincing. I just have to assure them that they won’t be painted naked. 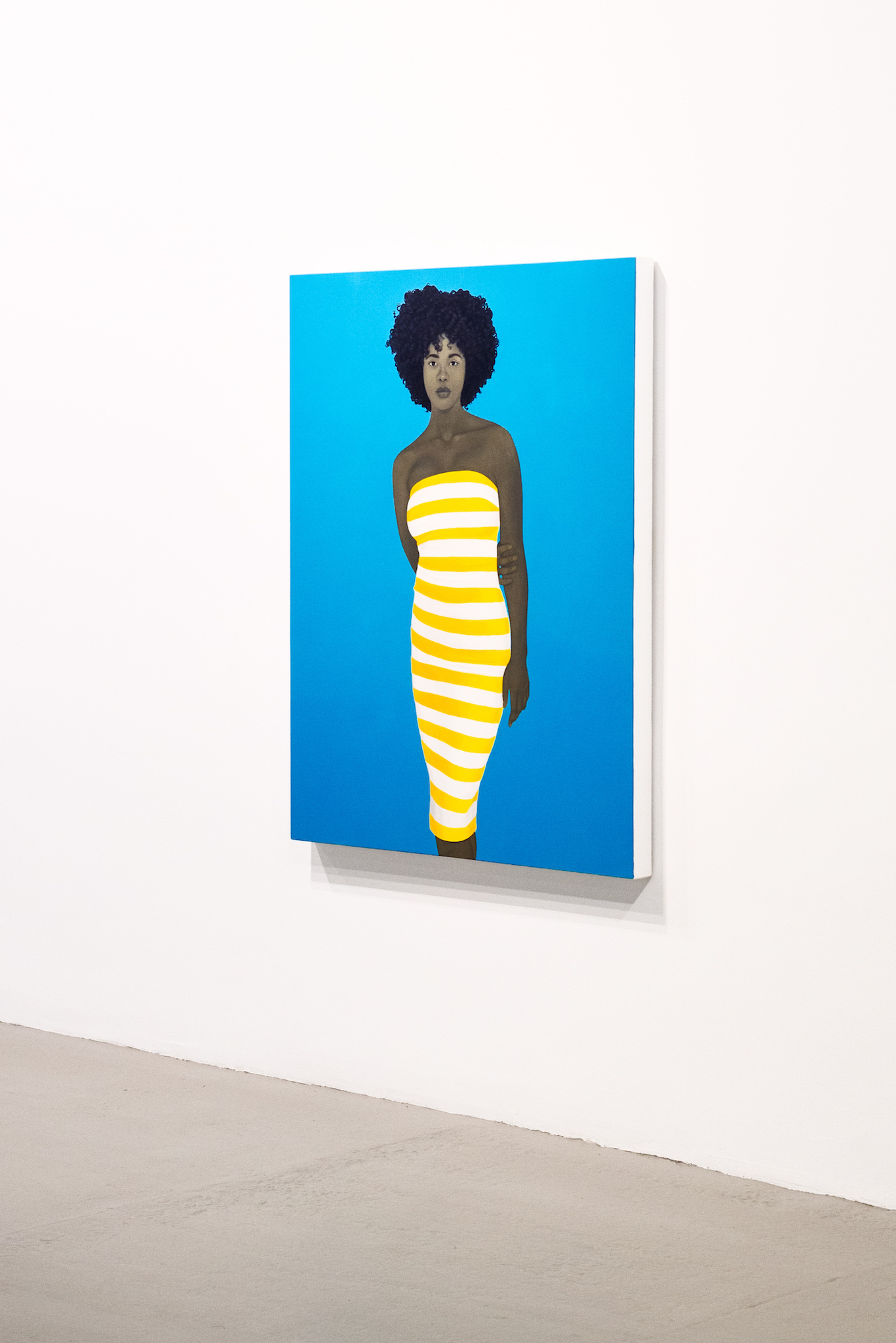 Do you look for a certain type?
It’s something that I don’t exactly have words to describe. I see it instantaneously. I never have to think twice about it. It’s that thing which makes the paintings of the subjects look quite different from their photographs.

Your subjects are all people of color, so why do you paint their skin gray?
At first it was an aesthetic choice. But I came to realize that, subconsciously, I was worried my work would be marginalized, relegated to just one conversation about African-American art.

How did painting Michelle Obama come about? Did you go to the White House?
I did. I talked to the Obamas for 30 minutes. They asked what I did besides paint. I talked about my experience teaching in prisons, doing community work and other things.

Were you auditioning to paint either of them?
I was brought in for Michelle, but Barack started asking questions like, “How would you paint me?” And Michelle was like, “No, this one’s mine.” It was kind of cute.

You had to keep it a secret, right?
Yeah, but I made the mistake of telling my mother, who apparently told everybody. She once told a random guy at a Miami hotel, “My daughter’s painting somebody famous, and you know who they are.” I said, “She has dementia. I’m her nurse.”

Was painting her stressful or exciting?
Both. I was stressed about how to capture a woman who’s so well known, whose memoir was one of the best selling ever. People are emotionally invested in her and they aren’t all going to like the result. But I was painting it for her and she loved it.

What was the unveiling like for you?
It was the first time in my life I could run up to a celebrity and say, “Hey, Tom Hanks,” and he knew who I was. I was like, “What’s up, Tom? Hi, Eric Holder.” It was fun, but also a relief that the whole thing was over.

If you could paint any other famous person, who would it be?
Meghan Markle or Serena Williams.

So, are you now on the Obamas’ Christmas-card list?
I don’t know about the Christmas cards, but we’re still in touch.

Amy Sherald’s “the heart of the matter...” is on view at Hauser & Wirth New York through Oct 26 (hauserwirth.com).