Celebrated for imaginative video installations that examine globalism’s interconnected web of labor and manufacturing, Mika Rottenberg invents oddly claustrophobic work environments, where unlikely commodities are created on absurd assembly lines by (mostly) women. An Argentine-born artist who grew up in Israel before moving to New York, Rottenberg recently sat down to discuss her first institutional solo show in NYC (“Easypieces,” at the New Museum), her love of infomercials and how they remind her of art school.

Is it true that infomercials influenced your early videos?
Yes, I love infomercials! I’m not sure why, but there’s just something seductive about them, especially the set designs. I used to watch the Home Shopping Network—all those people talking about what they were trying to sell for hours on end. It reminded me of art school.

Were you attracted to them because they seem surreal?
Actually, I’m more focused on the real, so for me it’s more like they represent a reality that’s so bizarre it becomes surreal. 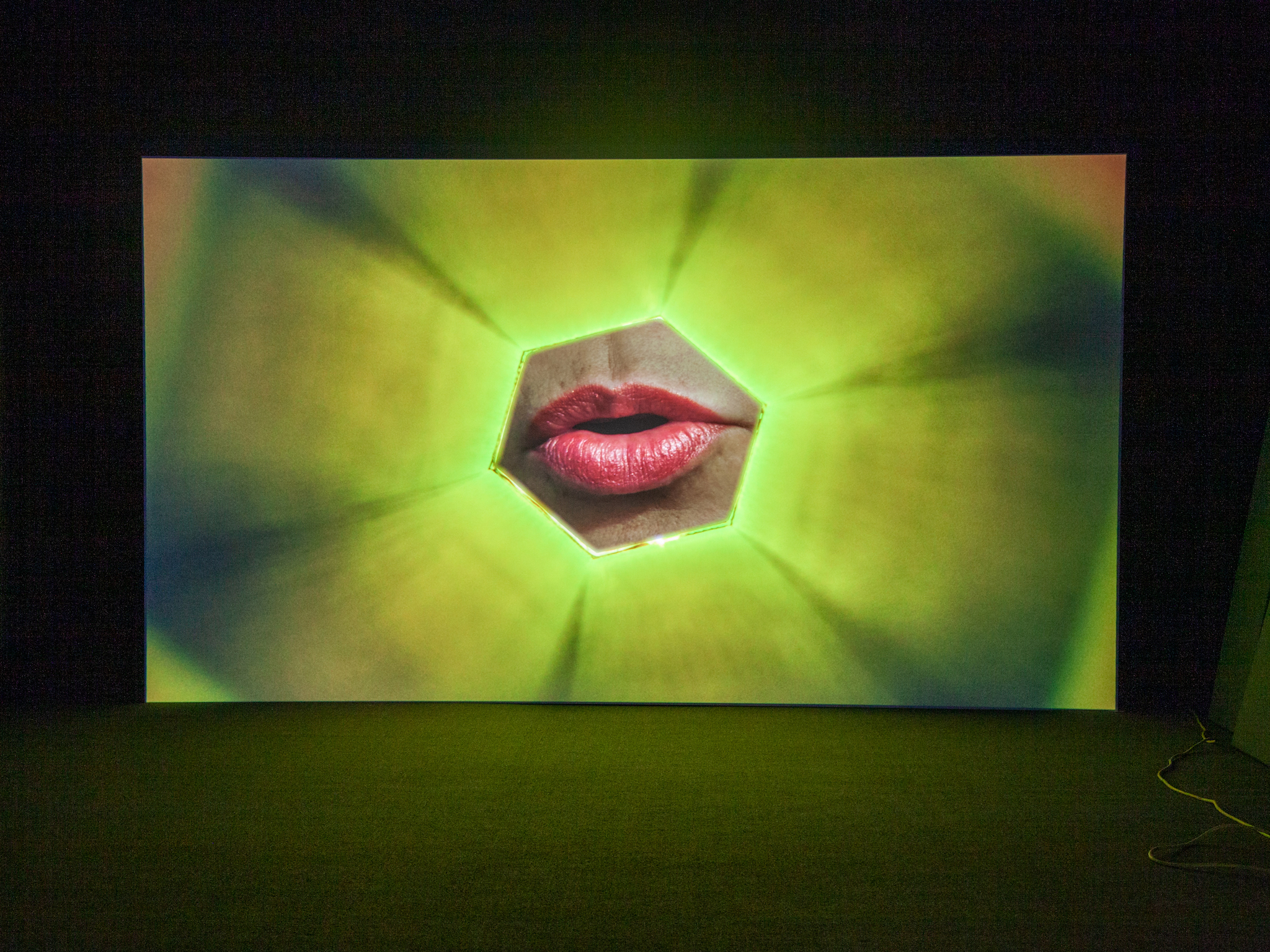 How do you come up with ideas for your work?
It usually starts with some type of sensation, like a sound, or smell or feeling I want to explore. Chance can also play a part. Something in a conversation can spark an idea. Then I’ll watch hours of YouTube and do Google searches to further develop it.

How does that work for something like your short, Sneeze, which shows businessmen sneezing out bunnies and other unlikely objects from their noses? That one came about because I kept being asked why I only use women in my work—which was not totally true; only about 70% of my performers are female—so I decided to make a video with an all-male cast. 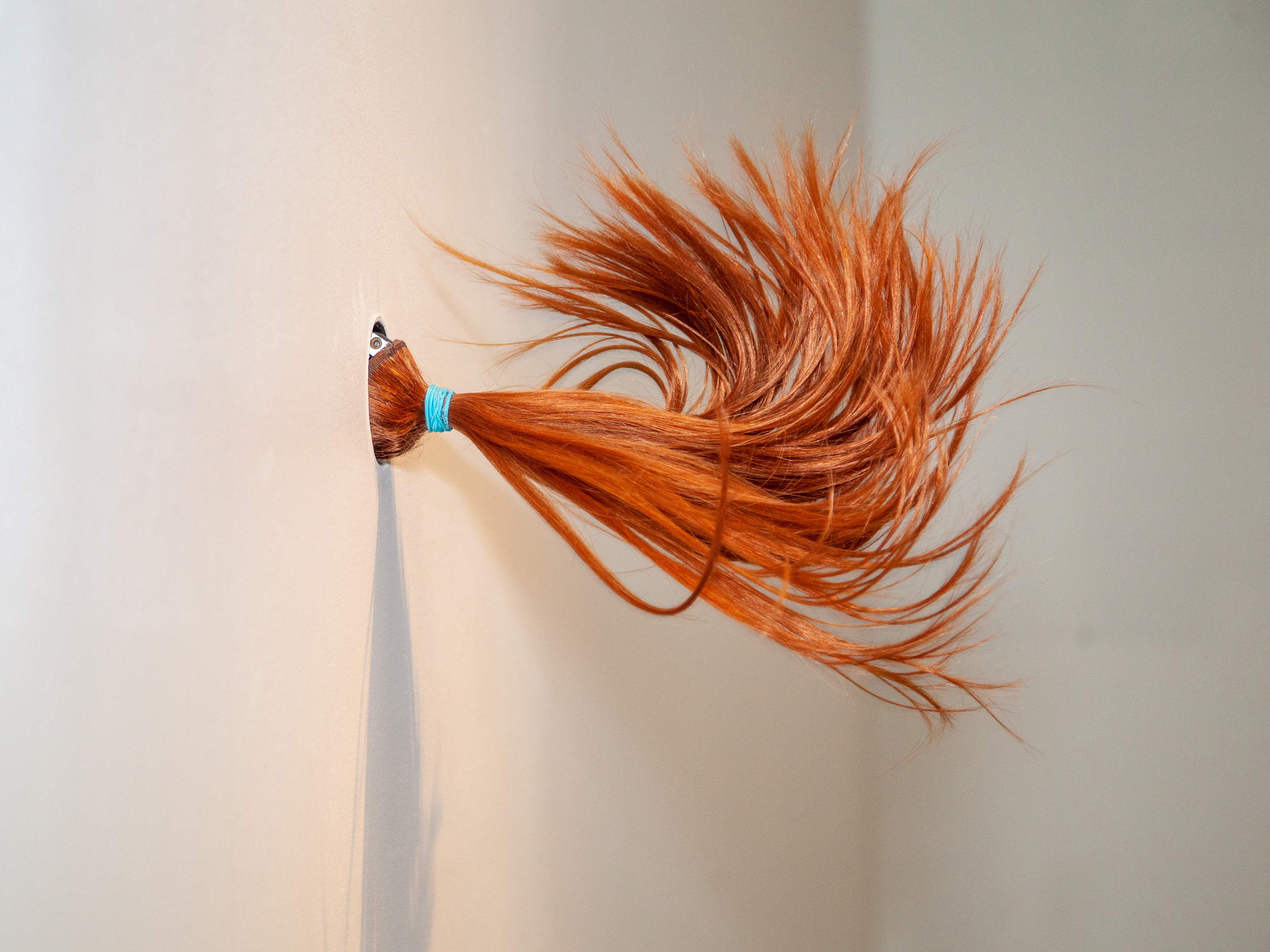 And why do you have them producing bunnies?
Well, not just that: There are steaks and light bulbs, too. But, hey, I just like bunnies.

In another piece of yours, you have body parts—tongues and hair, for instance—poking out through holes in a wall. Is the piece meant as an allusion to sexuality?
I suppose it could be could be interpreted that way. It’s definitely voyeuristic, but it’s not sexuality as it's usually found in ads, say.

Do you use actors or real people in your work? How do you find them?
Actors tend to keep they’re true selves hidden—which of course, is what acting is all about—so I prefer non-professionals. I typically recruit them online, but I’ve also found some on location.

Are your videos scripted?
There’s no dialogue, so there’s no need for a script. In my recent work, where I’m taking more of a documentary approach, the performers are doing what they normally do, with props and less typical movements added in.

It often seems like your characters are dreaming through the whole film.
It’s funny you should say that, because sometimes some of them just fall asleep while I’m shooting. I suppose the only place where capitalism isn’t completely taking over your life is in your sleep. 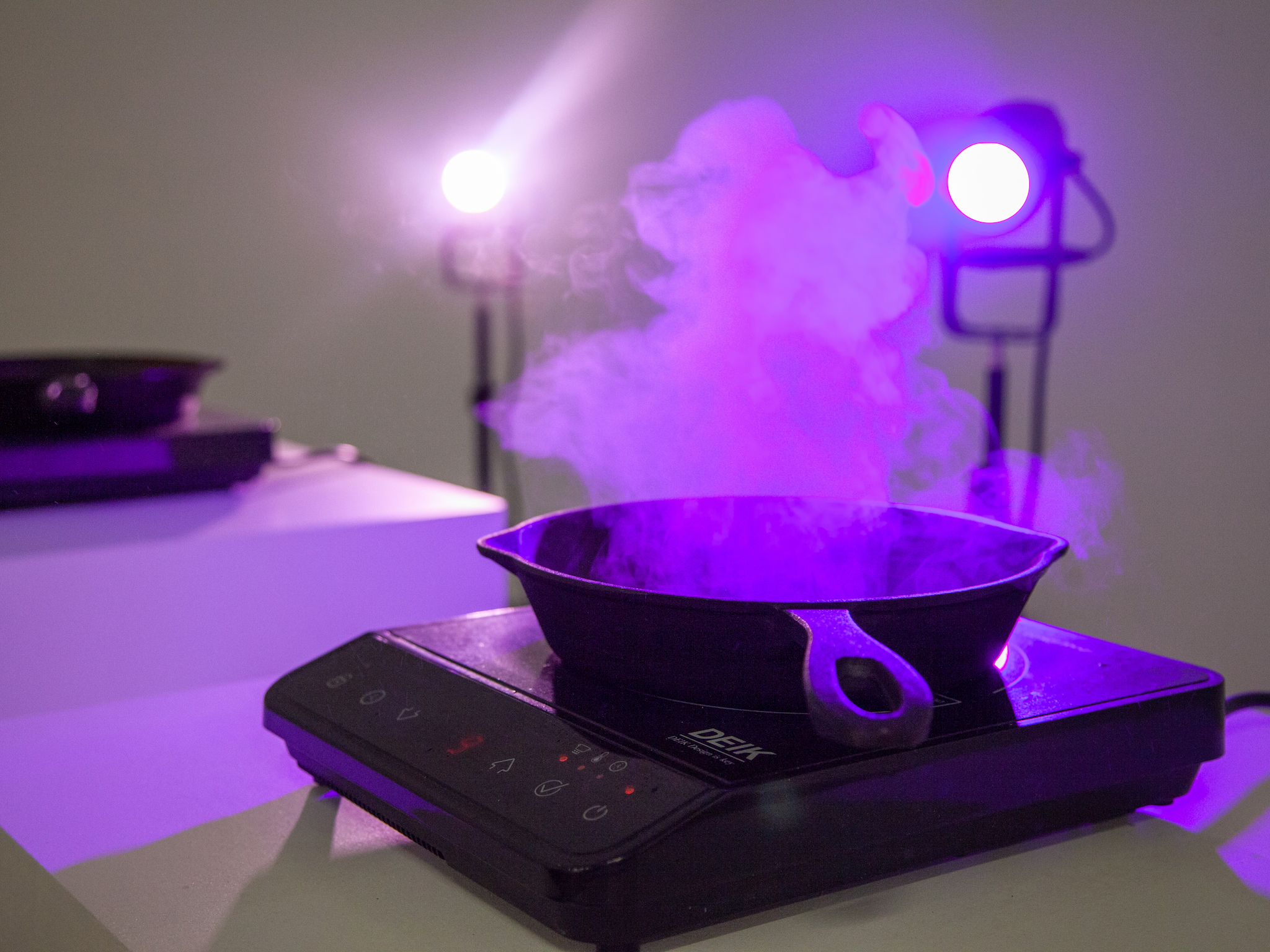 So is your work political?
Yes, but it doesn’t necessarily have a political agenda. It’s political because it deals with social concerns.

Let’s talk about another one of your videos, NoNoseKnows, since you referred to it. You've got scenes of Chinese women on a sort of assembly line where they’re creating cultivated pearls by seeding oysters, and shucking them later to harvest the matured product. Then there's this parallel storyline in which a women—the aforementioned Bunny Glamazon—wears a prosthetic Cyrano De Bergerac nose while having a sneezing fit after sniffing flowers. And every time she sneezes, she produces a plate of noodles. What is the connection between her and the pearl workers?
You make cultured pearls by introducing irritants into oysters, which creates nacre through an allergic reaction. So I’m drawing an analogy between the woman having an allergic reaction to flowers to make noodles and oysters producing pearls through a similar reaction. I guess I’m also suggesting that maybe art, too, is an allergic reaction to some kind of cultural irritant. 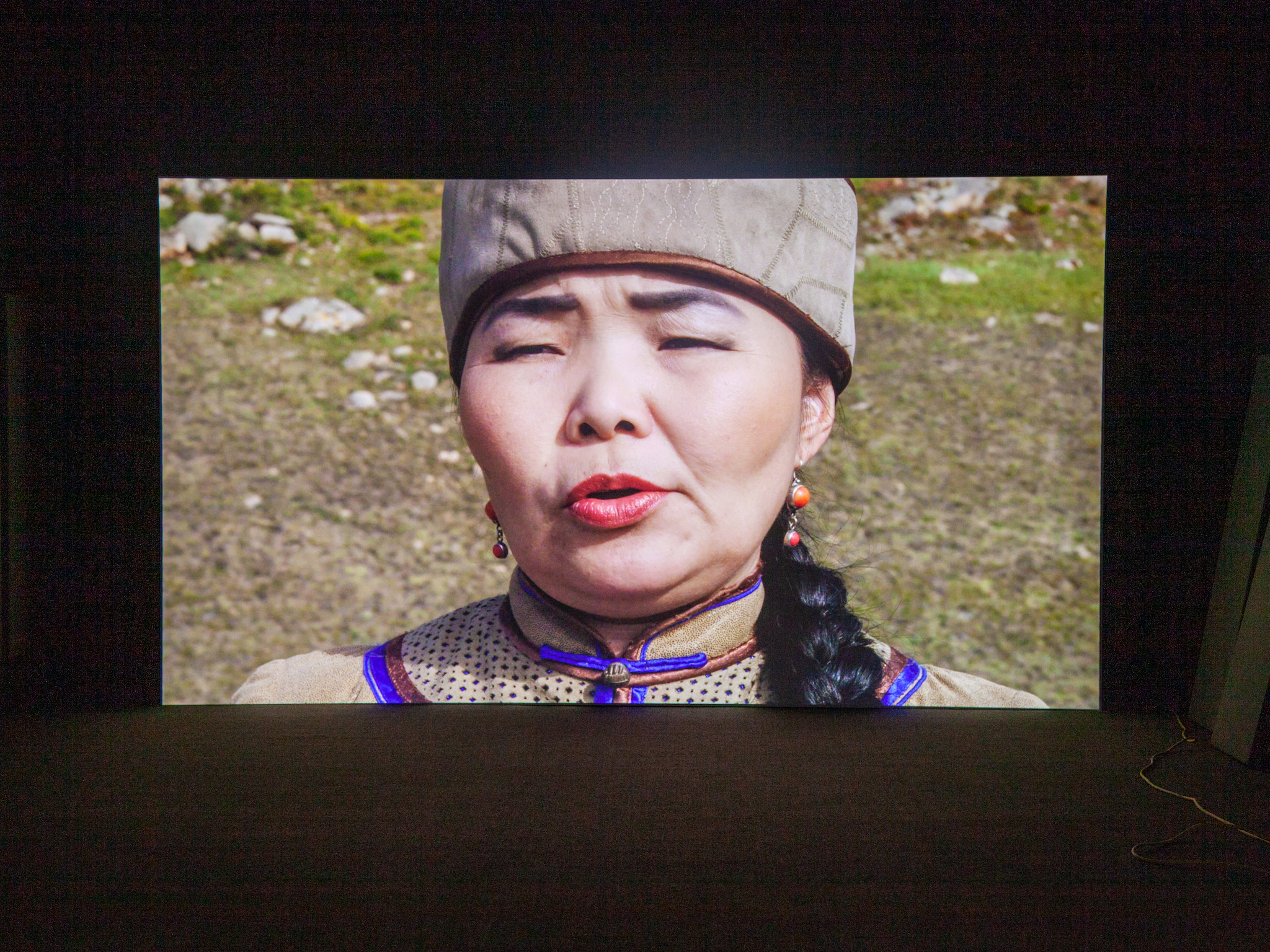 Your latest video is entitled, Spaghetti Blockchain; can you describe it?
For now I’ll say that it involves a mash-up of images featuring a Tuvan throat singer, the Large Hadron Collider at CERN in Switzerland and an AI potato-picking machine. I want the piece to compete for your attention and then completely confuse you.

Does your interest in this sort of globally-scaled interconnectedness stem from how you grew up?
It might. I come from many countries and don’t completely identify with any one of them. I’m a passport hoarder, but in a way I’m lucky: Nowadays, it’s better to have too many passports than too few.

“Mika Rottenberg: Easypieces” is at the New Museum, through Sept 15 (newmuseum.org).