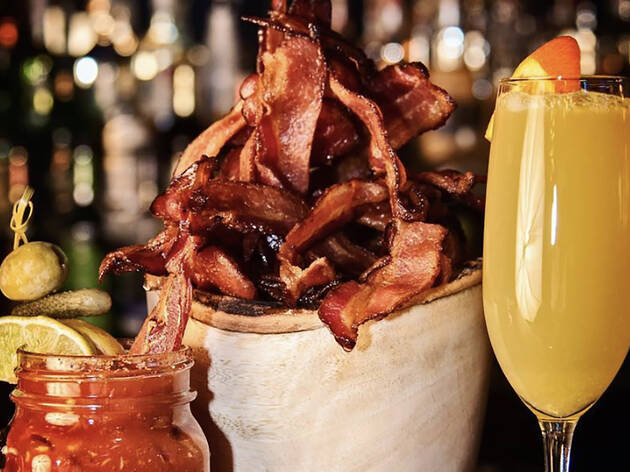 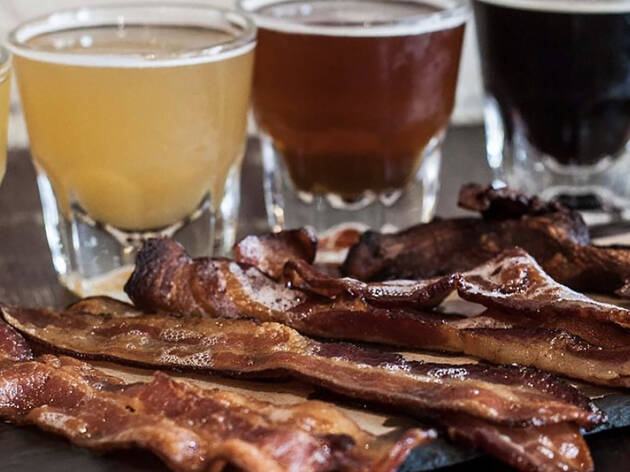 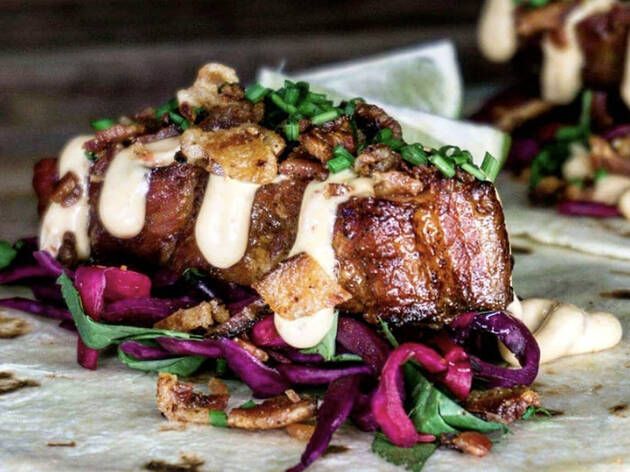 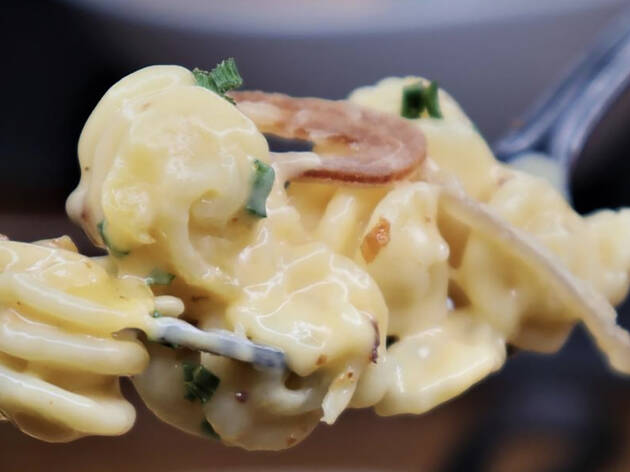 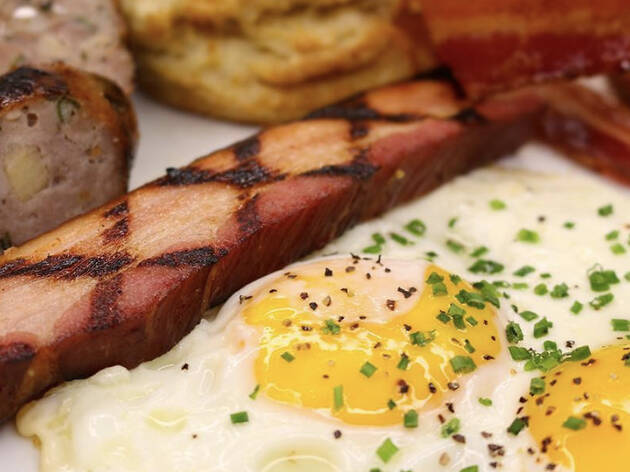 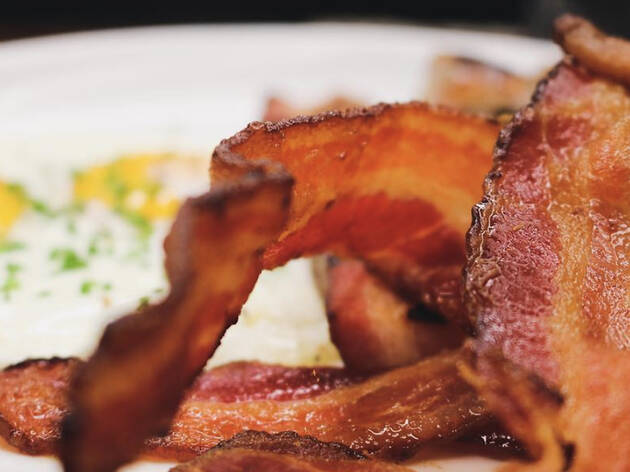 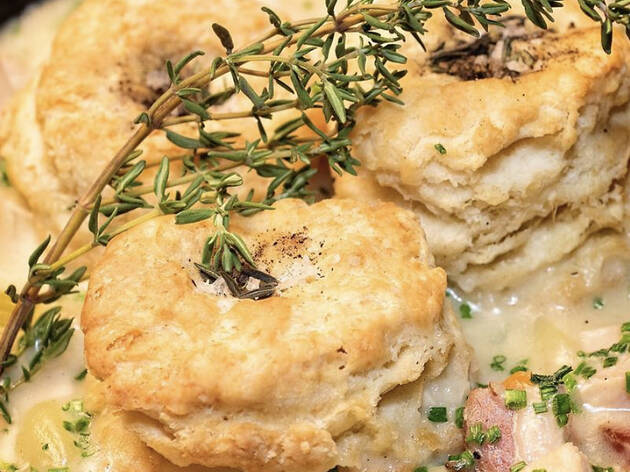 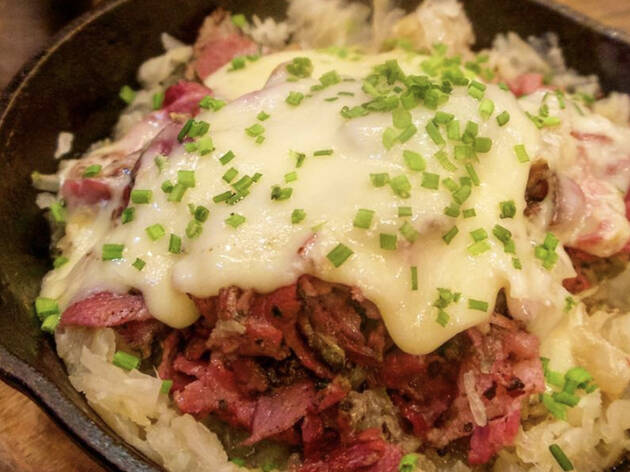 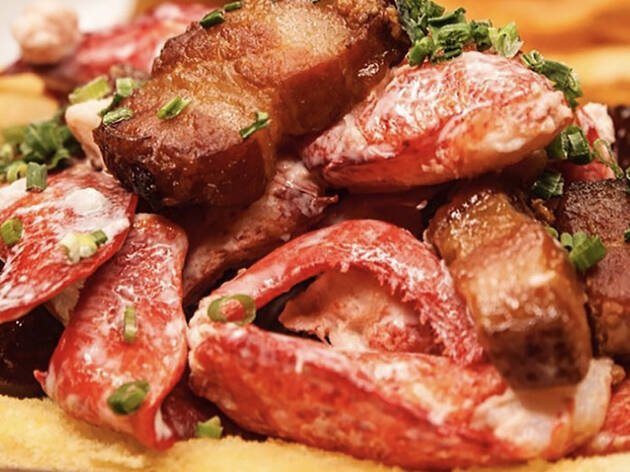 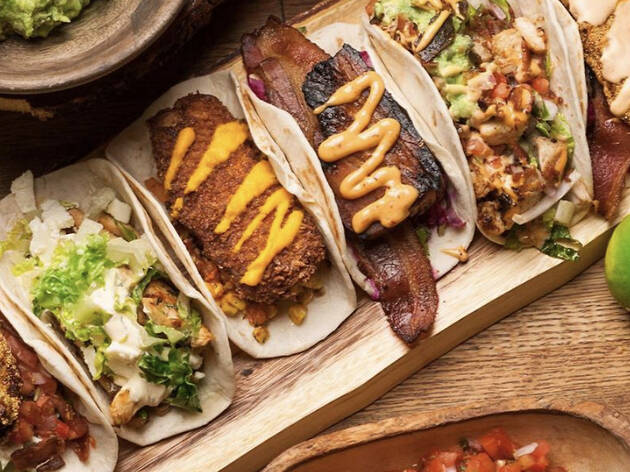 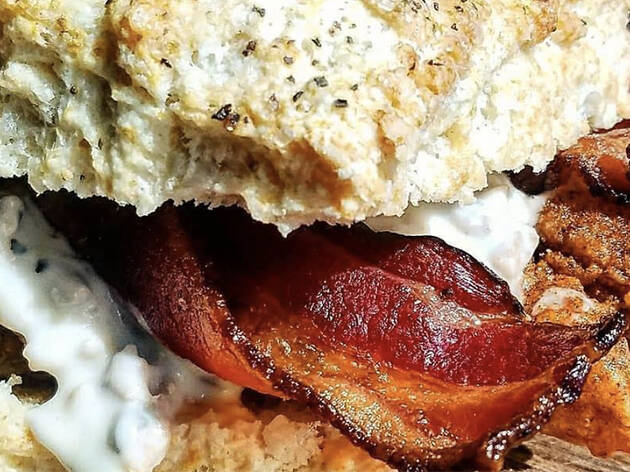 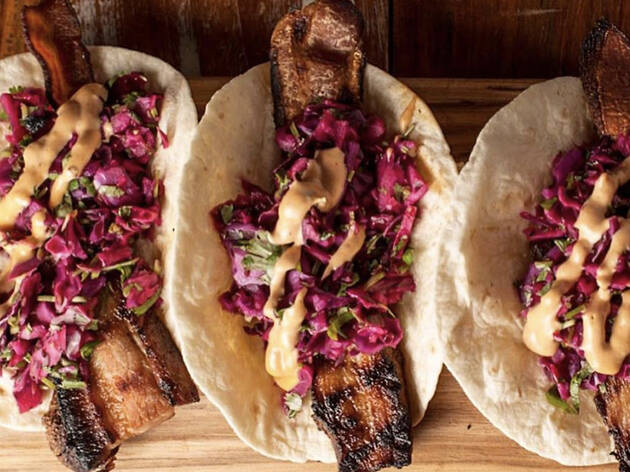 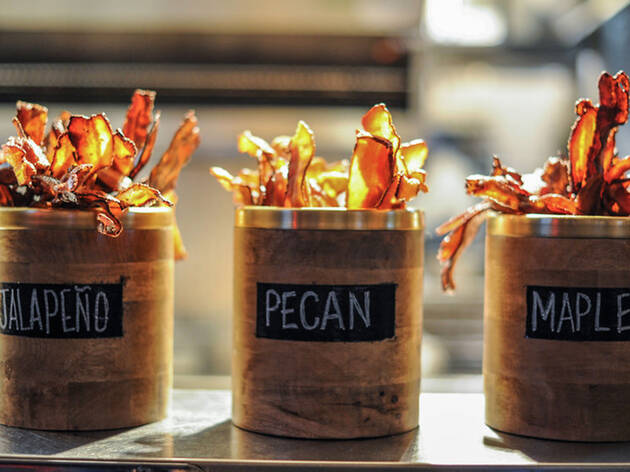 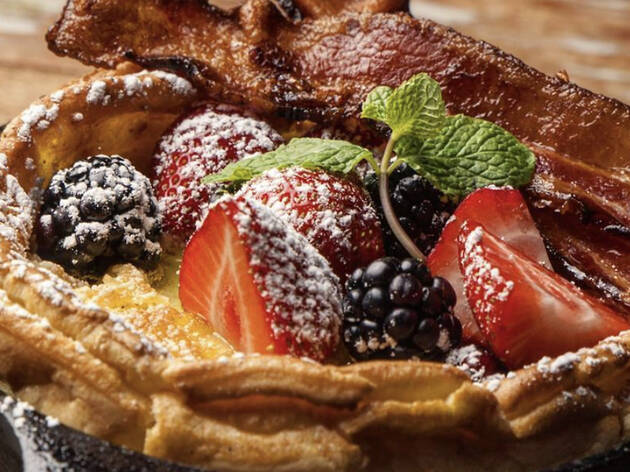 BarBacon already has spot in Hell's Kitchen, but is clearly so popular with the punters that demand calls for more pork-loving joints. Cue Union Square's trendy, contemporary bar, with sports screening behind the bar, weekly Wednesday trivia nights and two-buck brunch mimosas at the weekend (11am-2pm only).

In case you haven't guessed already, BarBacon's MO is, well, bacon. Those with a penchant for the moreish meat will have a blast, just don't bring your veggie mates as there are zero dishes without the sizzling stuff. Even the ice cream sundae has bacon in it. Believe.

If you don't know where to start, we'd suggest the 'Bacon Tasting' – a board stacked with peacanwood smoked, cajun, hickory pepper and maple glazed bacon. Follow that with a brie and apple (and bacon, obvs) grilled cheese sub and a side of tater tots. Browse the baconcocktails for something adventurous with which to wash it all down.

BarBacon Union Square says
Bacon, a savory workhorse ingredient that lends an underpinning of hauntingly rich and complex flavor to a dish, frequently without celebration or menu credit will now finally have it’s heyday. Bacon belongs to the hedonist, the throw-caution-to-the-winds sort, who would eat a bacon sandwich, with a side of bacon.

Bacon is an indulgence, the perfect combination of today’s two food taboos, salt, and fat. However, rest assure your indulgence is not in vain, for bacon has a long rich history and by eating it you are supporting much of what makes America great. Bacon “made in America” has always carried a label of quality, but not all bacon is made equal. Bacon’s flavor, as with that of any charcuterie, directly reflects the meat that is being cured, so great bacon always starts with great pork belly most often from small farms. There are all kinds of high-quality American bacons on the market, smoked with hickory or corncobs, flavored with red pepper or molasses, some sweet, some salty.

They come from the Ozarks, from New England, and from the upper south—mainly Kentucky, North Carolina, Tennessee and Virginia and all the way to California and in between. The bacons we’ve selected, along with having a superior flavor, all have simple beginnings, rich history, passion and fortitude of their makers to be connoisseurs of their craft.