Bars, Gastropubs Upper East Side
Recommended
3 out of 5 stars 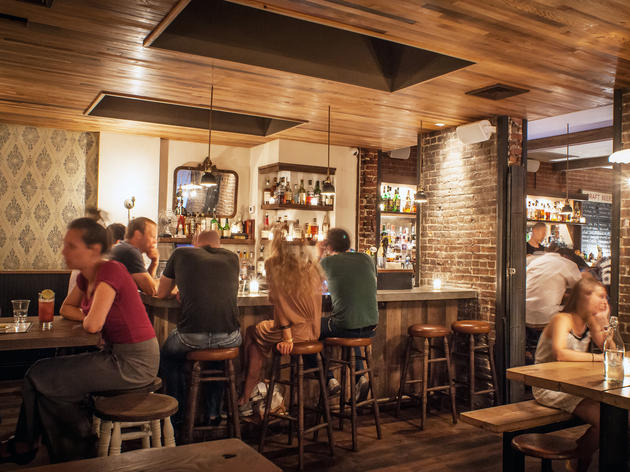 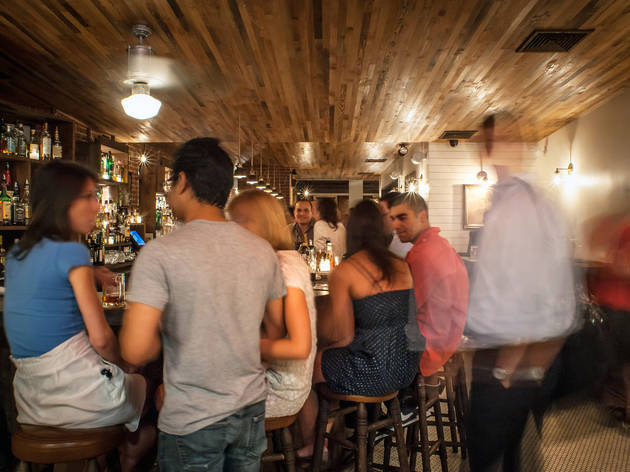 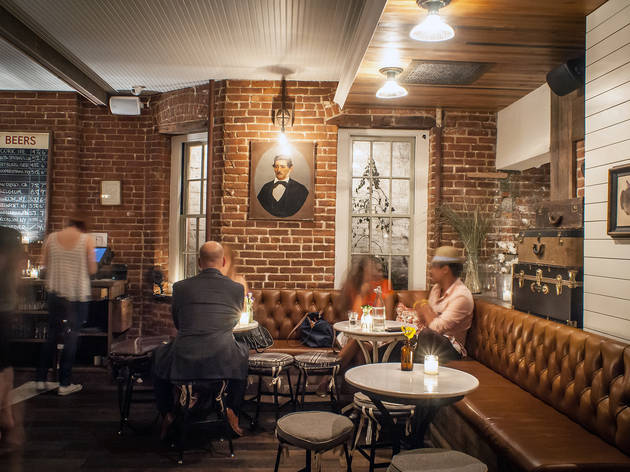 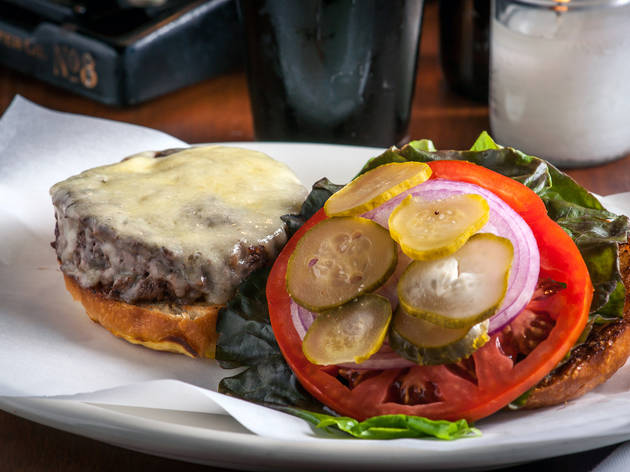 The Upper East Side has its share of low-key gems (Torishin) and crown-jewel restaurants (Daniel), but verifiable hot spots? There are few. The idea of a hobnobbing scene in Manhattan’s stuffiest zip code seemed laughable a few years ago—as likely as an electrodisco party in Greenwich, Connecticut. But the Penrose—named for a neighborhood in Cork, Ireland, where two of the owners grew up—is finally bringing a bit of the indie-chic East Village to Gossip Girl territory. Operated by the gastropub specialists behind the Wren and Wilfie & Nell, the joint would be run-of-the-mill farther downtown, where the trifecta of reclaimed wood, craft pours and pedigreed pub grub long ago joined the ranks of food-world clichés. But it’s a welcome change up here, where the only other option in a ten-block radius is Jones Wood Foundry, and locals have responded in droves. Step inside and it’s easy to see why the handsome joint was an insta-hit—antique lights cast a golden glow over a long, curving bar in the front room, while elegant patterned wallpaper and aristocratic framed portraits decorate nooks in the back.

DRINK THIS: Skip the foofy cocktails (they read better than they taste) and opt for a draft beer or a dram of the brown stuff instead. The craft-brew list ($5–$9) offers familiar, solid standards (Kelso Nut Brown) and a couple of Irish imports (Guinness Extra Stout)—fine enough drafts for a laid-back night with pals. Those looking to break out of the Guinness-at-an-Irish-bar rut can turn to another popular pour from the Emerald Isle: a dark, creamy pint of Murphy’s Stout ($7), which has been made in Cork since 1856. The tidy selection of Irish whiskeys also features some less familiar brands (Knappogue Castle, Tyrconnell Madeira).

GOOD FOR: Marketing gals fretting over their vacant ring fingers, packs of bros rubbernecking at J.Crew skirts, and locals weary of the ’hood’s look-alike pubs. The post-Greek set can revisit the pickup scene glory of their college days, upgraded with better beer and no NSFW antics. But there’s a convivial, come-one-come-all vibe that just about anyone can appreciate. On a recent Thursday night, the crowd buzz reached a deafening pitch, with seemingly every young professional in the area packing the place, gulping pints and chowing down on thick, juicy Pat LaFrieda burgers ($12). If there’s a scene on the Upper East Side, this is it.

THE CLINCHER: At some of the city’s busiest watering holes, multitasking bartenders can barely crack a smile, leaving the impression that drinkers are lucky to have a hairsplitting second of their time. Not so at the Penrose. Even when the hubbub reaches its peak, the coolheaded servers—a pierced and lithe crew that also seems transplanted from hipper downtown precincts—are always cheery and attentive, offering to transfer a tab from bar to communal table or leaning in to take another order, with a friendly “darling” punctuating each exchange.