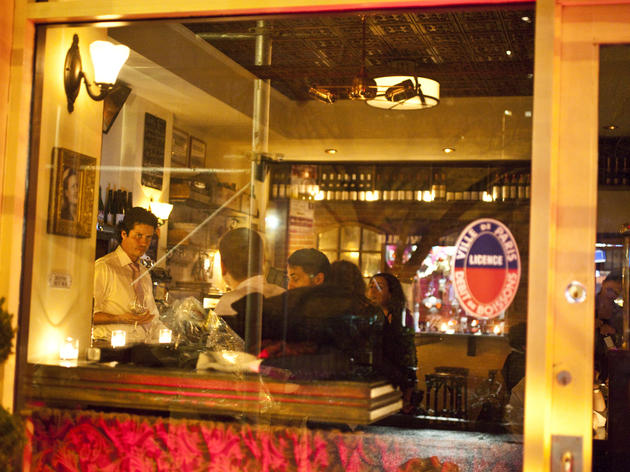 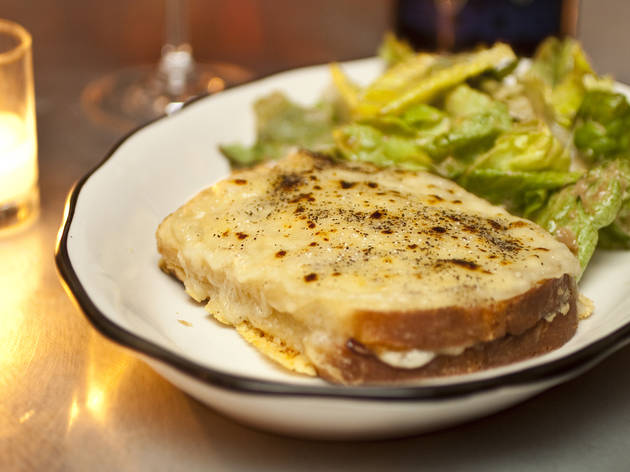 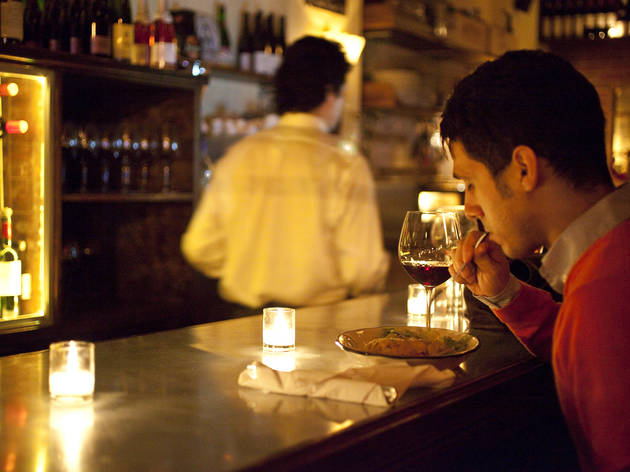 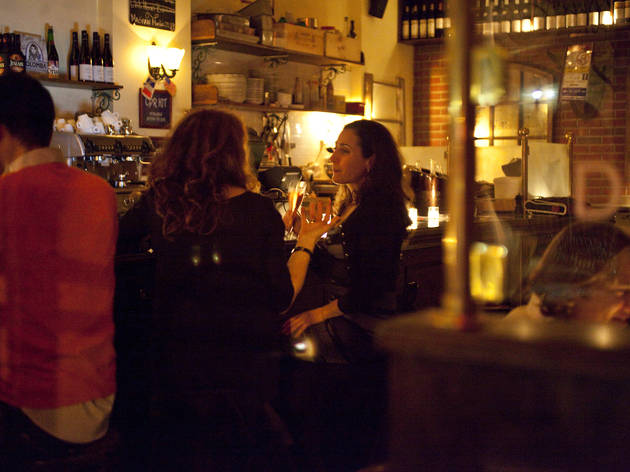 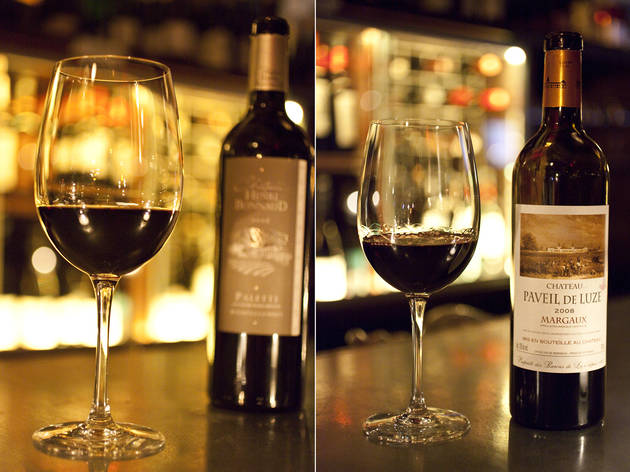 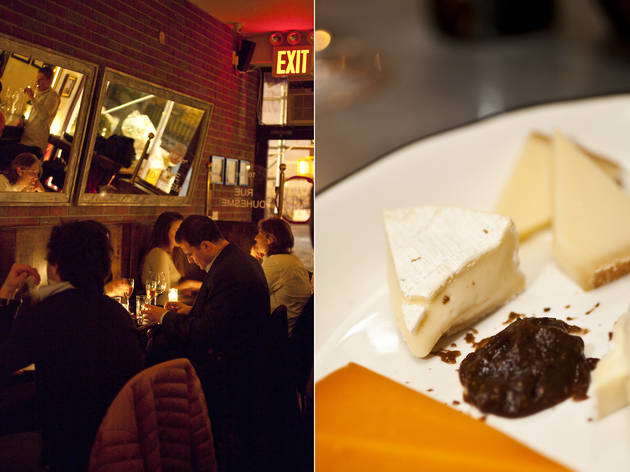 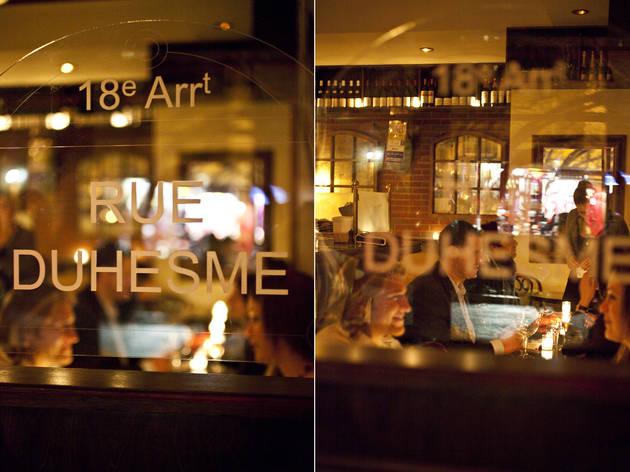 New York's Francophiles have no shortage of places to go for Gallic comforts: haute-cusine temples with Michelin stars to spare, charming Lyonnaise-style bouchons and pedigreed patisseries at the ready when a macaron craving strikes. But one French institution that's a bit harder to come by is the bistro vins—the type of humble, caflike watering hole where you might while away a Paris afternoon sipping beaujolais. For a taste of what you've been missing, head to Vin Sur Vingt, which has been quietly charming West Village oenophiles since opening in July. The bar is a deeply personal affair for owner Sebastien Auvet: A portrait near the front window depicts Auvet's grandmother, who taught him to adore food, while a glass divider is embossed with the words 18E ARRT RUE DUHESME, referring to the neighborhood and street where his nanny took him to his first caf. These intimate touches, as well as a passion for sharing great wine with others, result in a rare achievement: a new-breed wine bar—unfussy and unpretentious—with Old World sensibilities.

DRINK THIS: The name is a pun referencing the phrase vingt sur vingt—20 over 20, or a perfect score—and the fact that the bar pours 20 reds and 20 white wines by the glass ($9 and up). The rotating list is broken down by region, repping the familiar players—Bordeaux, Ctes du Rhne—while also dipping into less-exposed areas like Corsica and Jura. Servers know enough to help you navigate the offerings, but the place is built for pleasure more than education (we'll take generous pours over pedantic sermons any day). Deal-seekers might look to the weekly cast of featured bottles, chosen based on Auvet's whims and offered at a discount. We discovered a beautifully acidic Margaux (Chteau Paveil de Luze, 2008), as well as a Palette from Provence (Chteau Henri Bonnaud, 2006) with smooth tannins and hints of spiced red berries. If you're in the mood to experiment, opt for one of the flights of three-ounce pours (three for $18, five for $28) written on a chalkboard above the bar.

GOOD FOR: Wine lovers, former French majors and those New Yorkers who are always threatening to move to Paris (you know the ones). On weeknights, join neighborhood folks sipping Sancerre with friends, or squinting at labels looking for that Chteauneuf-du-Pape that knocked their socks off last week. When Friday and Saturday night roll around, the windows steam up and the chatter grows boisterous, but the servers do an impressive job of managing the tight space—witness them rearranging two-tops along the wall like puzzle pieces, hanging up heavy winter coats to carve out a few extra inches of space, and maybe sliding guests a few cheeky flutes of champagne as an enticement to stay out past their bedtime.

THE CLINCHER: French wine calls for something to nibble on, and Vin Sur Vingt comes through with a tidy menu of snacks prepped at the end of the bar. Share charcuterie from D'Artagnan, lush pt de maison or cheese plates (three for $14, five for $20) featuring Gallic curds like mimolette (similar to cheddar) and petit basque, a mild and creamy sheep's milk variety. Other straightforward standards make fine use of good cheese and crusty bread—croque-monsieur with a layer of bubbling Gruyre, and salmon tartine, bolstered with dill and tangy crme frache.

OVERHEARD: "Wait...I should hit on him, right?" —A patron realizes she's sitting across from Malcolm Gladwell