Okay, let me say this first: The Biebs show at Barclays Center last night was a BLAST. (He's back there tonight!) I was lucky enough to sit on the floor and actually SEE him (and not just on big screens from the nosebleeds. I'm not bragging—I have literally never done this before. I am usually up there with you guys, nosebleed people!). He is adorbz—that's vaguely uncomfortable for me to admit since *maybe* I'm the exact same age as his mom*—and when he's playing acoustic (last night that was on "Love Yourself" and a couple of others), you're reminded of how actually very talented this guy is.

And let me also say, the fact that he DOESN'T ACTUALLY SING AT ALL didn't stop his thousands of fans from shrieking at a pitch I can't actually hear (because, I may have mentioned, I AM THE SAME AGE AS JUSTIN BIEBER'S MOM). There was pyro, there was a stage that descended from the ceiling so that JB and his dancers could grind up on each other right above the crowd, there was RAIN. So great show, great show. But here's the thing about sitting so damn close: It's like peeking behind the curtain in Oz, and you know what happened when I peeked behind this curtain, you guys? Not only was it abundantly clear that the Biebs lip-syncs his entire show, but that he gives so few fucks that half the time he can't even be bothered to raise the mic to his mouth when he's supposed to be singing to PRETEND. (So like, think Ashlee Simpson on SNL but MORE OBVIOUS. God, I'm shouty today. Sorry.) Nobody seemed to care—I mostly didn't, because again, how cute is he?—but STILL. Here are some examples: 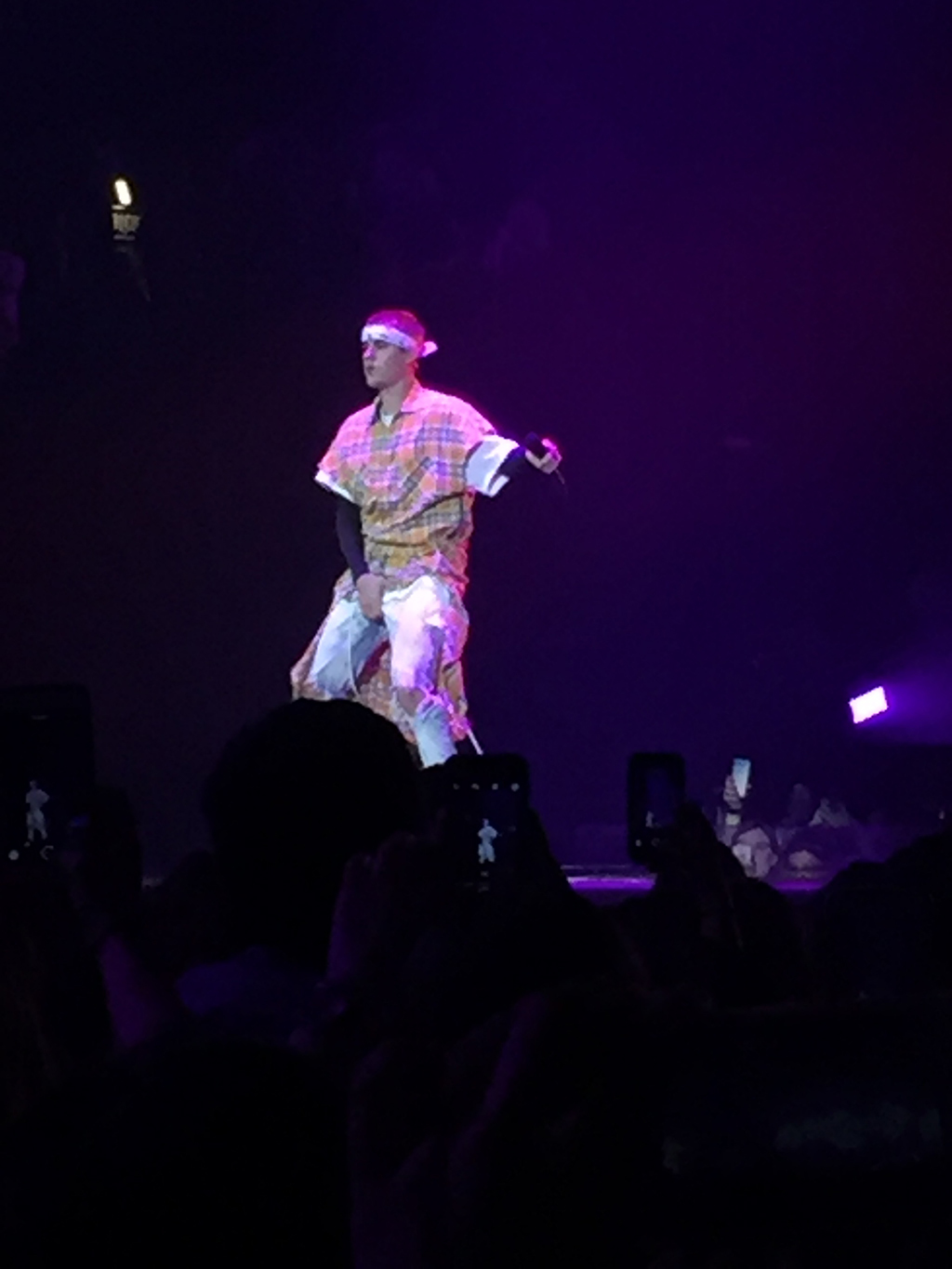 Okay, so this one seems harmless enough. He's just grabbin' his crotch and holding his mic, as one does. But just like a second later, he was singing. Y'know..."singing." Only the mic didn't move. YET WE COULD HEAR HIM PERFECTLY. 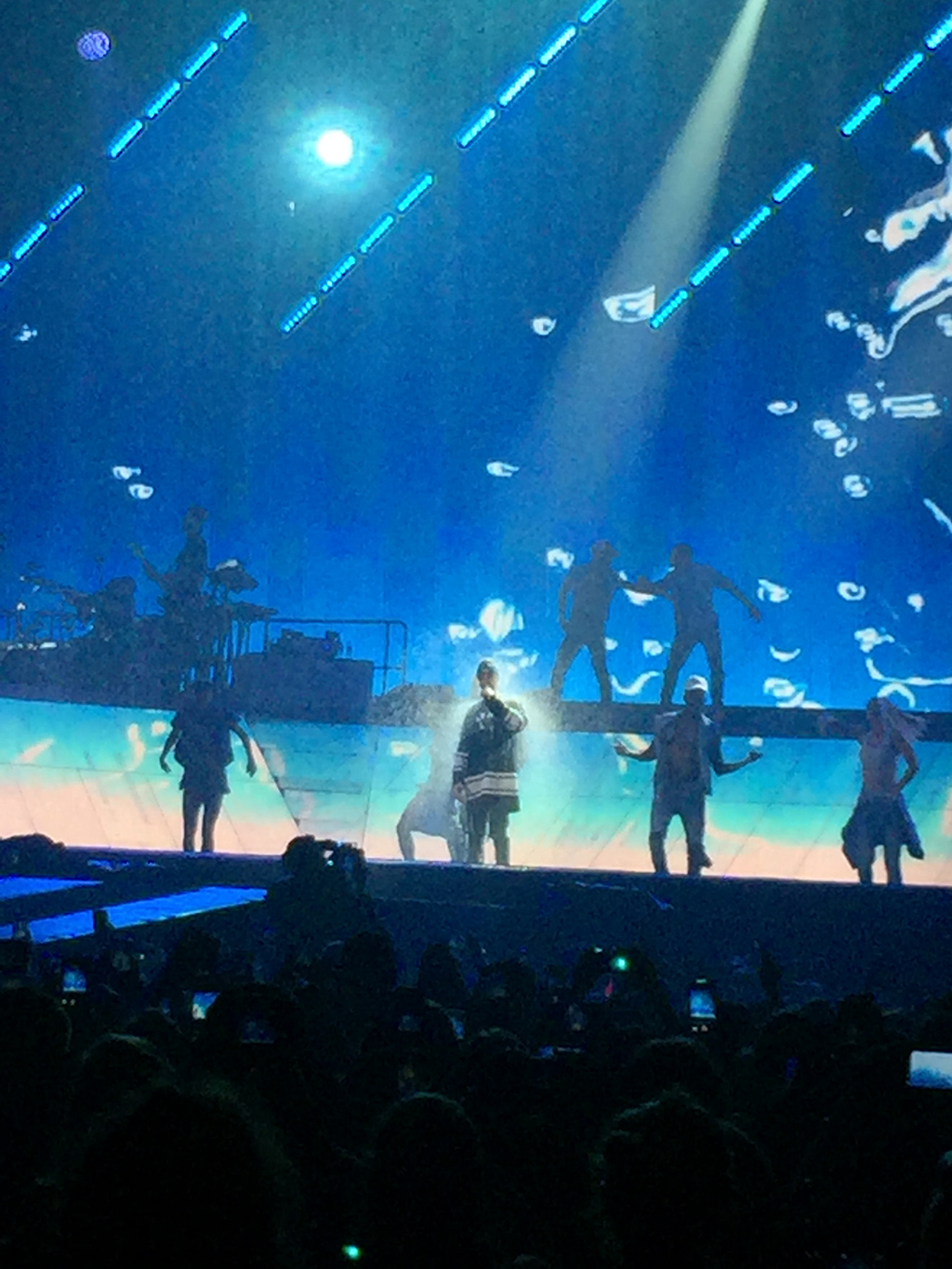 Or this one. Poor Biebs, out in the rain. Is it too late to say you're sorry? It's not, Biebs. Say you're sorry. For holding up a mic and pretending to sing when you're actually not. 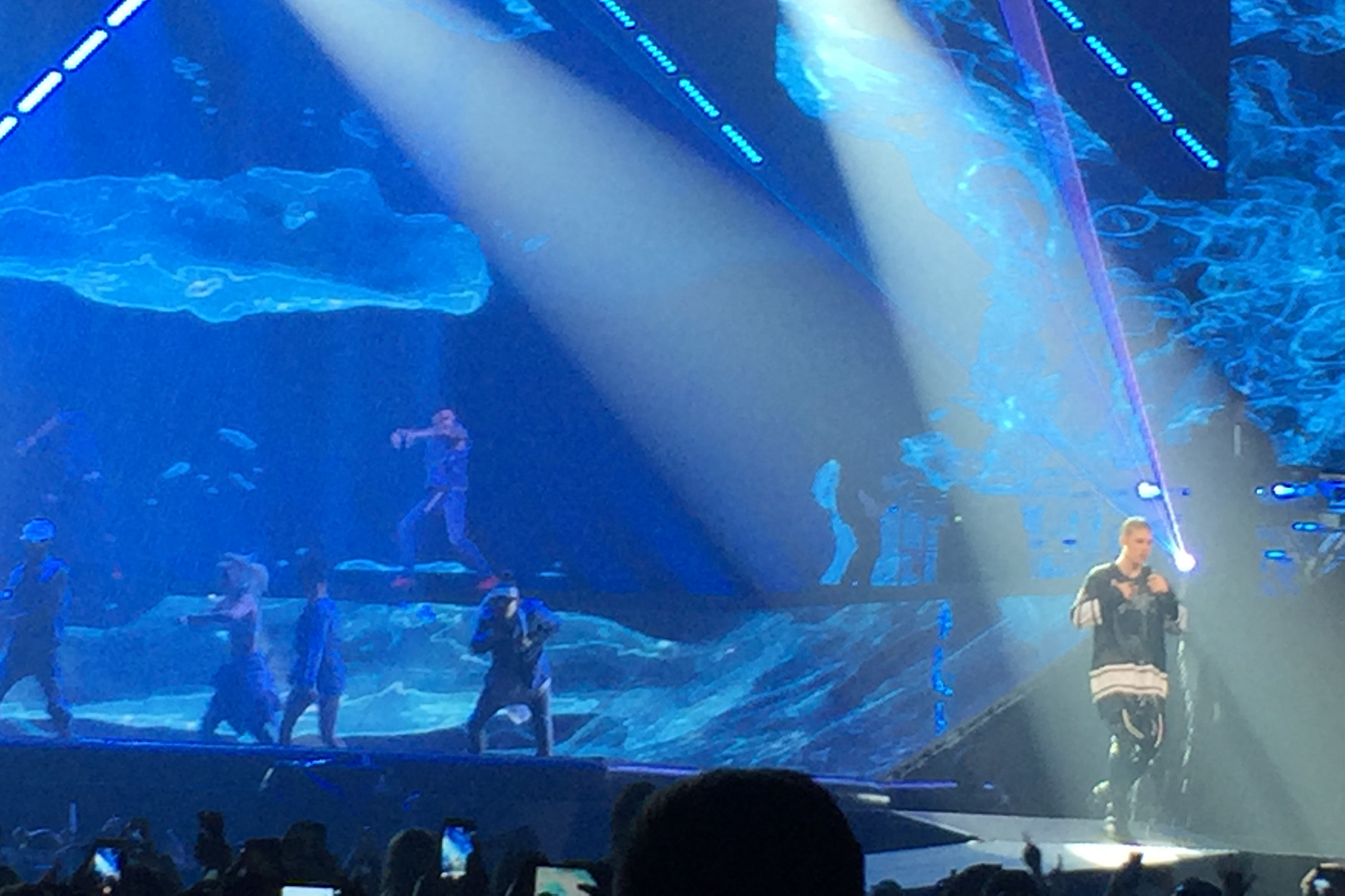 Look at him there, singing his heart out. Only not. Because he's not singing. 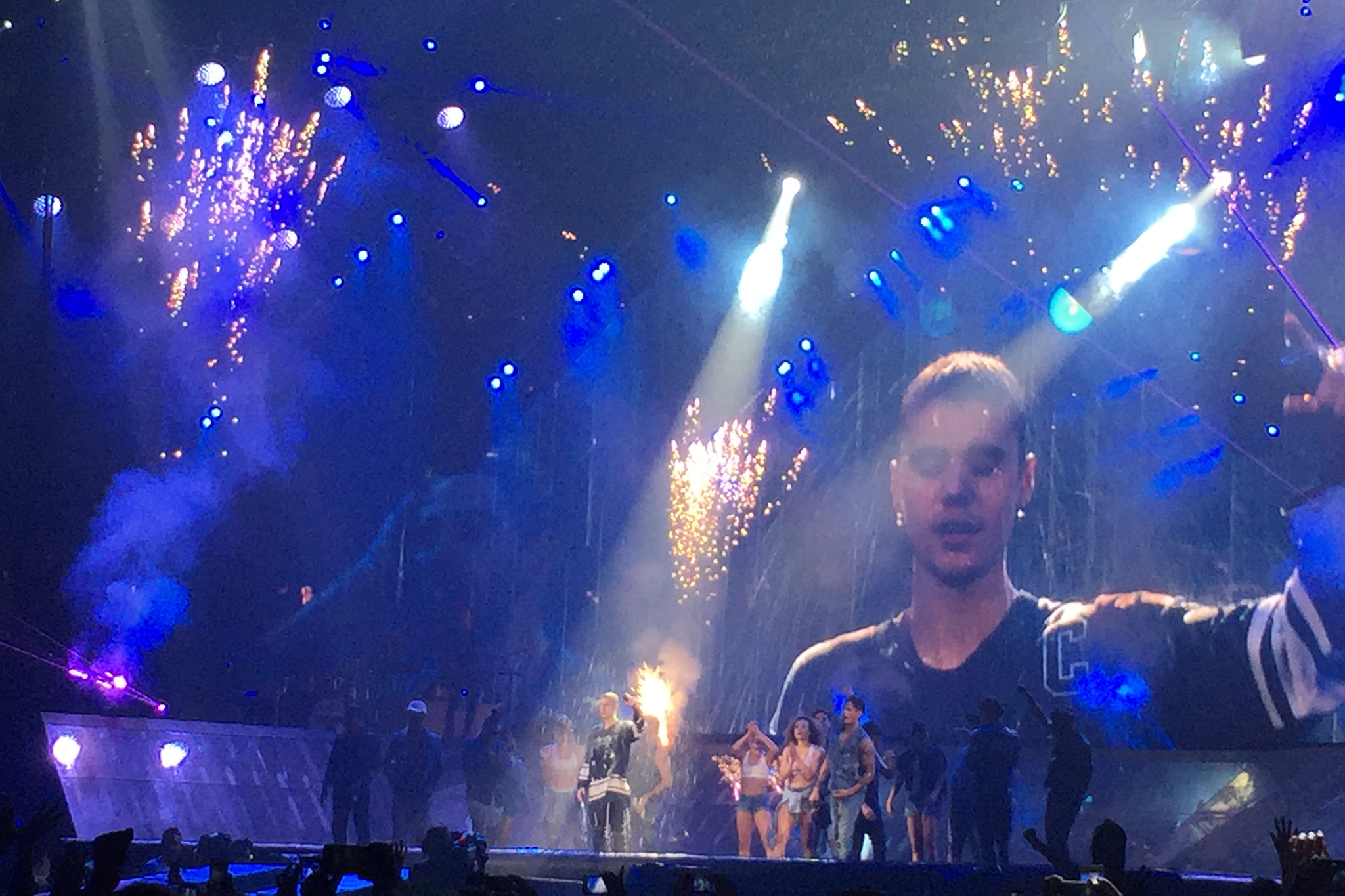 I'll allow this one. He's deep in thought. It's okay if you're not singing right now, Biebs. 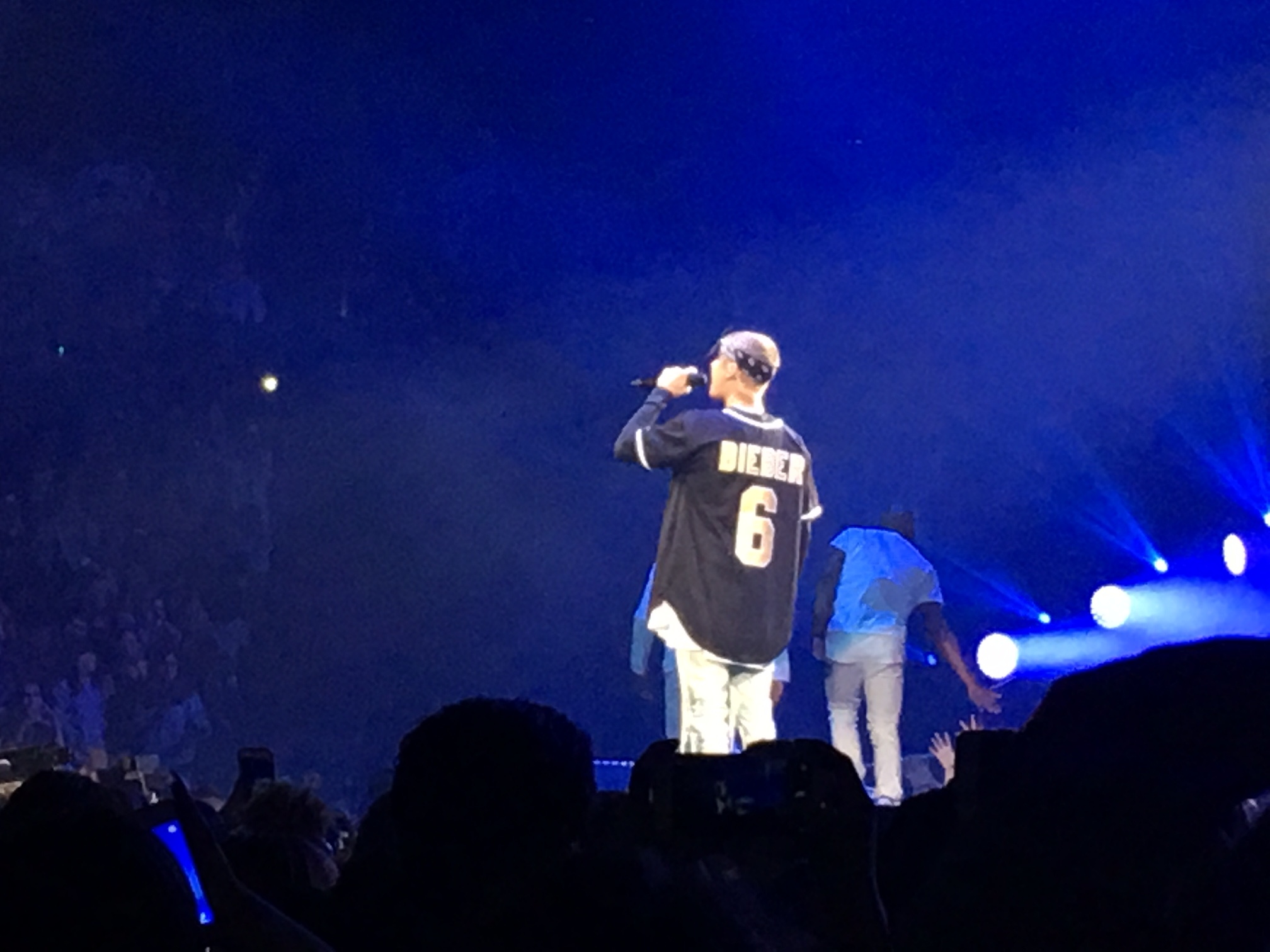 My personal fave, because he's giving it all he's got, making it look like he's singing when he is unequivocally NOT SINGING. 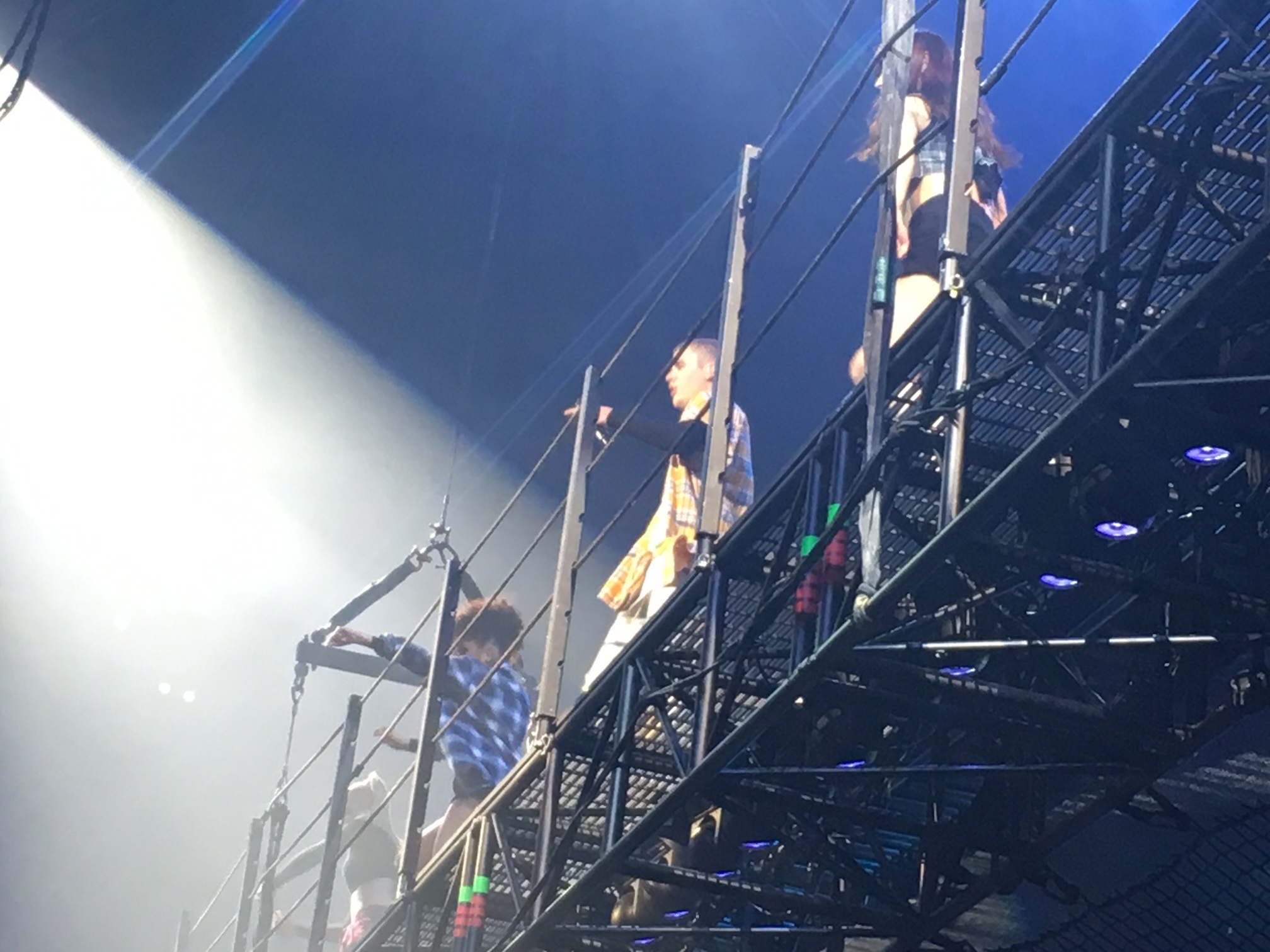 And finally the old sing and point. I believe the point is a tactic devised to distract you from the fact that his singing is not actually singing.

*Checked: Biebs' mom is almost six months older than I am. PHEW.