At the end of last week, a quote from A$AP Rocky's September 2015 Time Out New York cover story, in which the rapper talked about police violence and not wanting to get political in his music, made the rounds on Twitter. The questions and responses—excerpted below—refer to a similar statement Rocky made during an Oxford University interview earlier that year. Responding to the renewed criticism, A$AP Rocky posted a series now-deleted tweets of his own and made an appearance on Power 105's Breakfast Club to address the controversial comments. You can watch that interview in full below. A$AP Rocky performs at NYC's first Panorama Music Festival this weekend.

An argument did arise, though, at Oxford University, when you said you didn't want to get political in your music
I think speaking on a subject is fine but I don't feel like I need to make songs off of it. If I felt like doing it I would. [That student’s] whole question was, “Why haven't you [gotten political]?” I'm like, Bitch, ’cause I don't feel like it. Kendrick is doing that already. J. Cole is doing it already. Let them deal with that shit. I wanna talk about the fucked-up shit in my life. Not that fucked-up shit I see on TV. Because I'm not there. How am I gonna talk about something I'm not helping? It's fucked up. It's a touchy subject.

Do you ever feel like you’re being forced to address these issues?
They're not forcing me to do shit. I'm just gonna stay black and die. Why, because I'm black? So every time something happens because I'm black I gotta stand up? What the fuck am I, Al Sharpton now? I'm A$AP Rocky. I did not sign up to be no political activist. I wanna talk about my motherfuckin' lean, my best friend dying, the girls that come in and out of my life, the jiggy fashion that I wear, my new inspirations in drugs! I don't wanna talk about no fucking Ferguson and shit because I don't live over there! I live in fucking Soho and Beverly Hills. I can't relate. I'm in the studio; I'm in these fashion studios; I'm in these bitches' drawers. I'm not doing anything outside of that. That's my life. 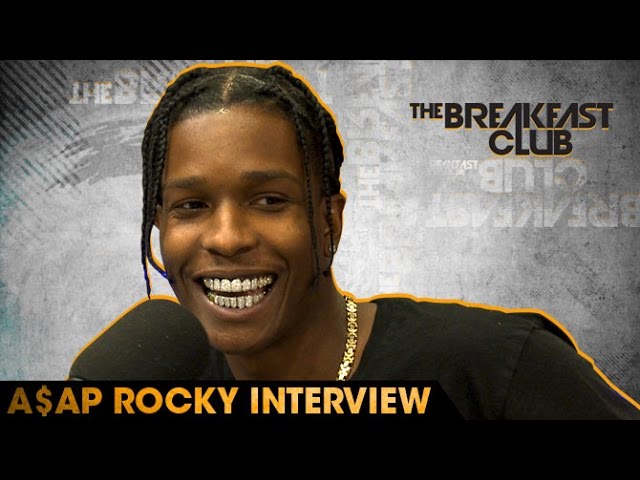