Ryoji Sasamoto has been nominated for a Bessie for his work in Kota Yamazaki’s OQ, the genre-spanning choreographer’s work for his group Fluid Hug-Hug, which appeared last June at the Japan Society. OQ stirred a number of dance styles together, melding (but not melting) hip-hop, the Western contemporary form and butoh. Yamazaki’s title referenced the way one would say “palace” in Japanese, and his palace was certainly full of dance royalty; among the piece’s many princes, Sasamoto lent the proceedings funk and silkiness, a specific gorgeousness that seemed both casual and fierce. Sasamoto spoke with us from Japan.

How long have you been dancing?
I have been dancing from 15; now I am 28, so 13 years. I started dancing in musical dance, jazz dance, hip-hop dance…

How long have you danced with Kota Yamazaki and Fluid Hug-Hug?
I joined Kota’s group from 2008; OQ was my fourth work with him. Kota is a butoh dancer, but before he started butoh, he was taking classical ballet and other dance styles. I am similar: I started with jazz dance, and then after I moved to New York, I started dancing classical dance and modern dance as well. I have a Japanese body, and I think—the Japanese body has many mixed styles in it, and so we make a good match! Kota needs a versatile dance style, and I feel the Japanese body has that versatility, has the biggest communication line… [Laughs]

What are the challenges of performing Yamazaki’s work?
Kota’s choreography has a lot of details: it seems like an improvisation, but actually everything is set. In my second piece with Kota, he started to use fluid technique—it’s so hard to explain Kota in English! In the third one, he invited African dancers and also American contemporary dancers, and we tried to have an exchange of our different dance styles. I got a lot of inspiration from other dancers, but at the same time it was hard because—if you go too close [to the other dancer’s style], how do we keep that line? It’s important to keep those styles somehow separate, even though we are touring the borders between them a little bit.

Can you recall a particularly memorable moment from OQ?
In the beginning of OQ, I do really, really subtle movement—for five to ten minutes upstage left, I stay in one position and move very slowly. It's like a meditation. It reminded me of a time that I was at the Movement Research space, waiting for a rehearsal, and I was sitting in front of the studio entrance. I was watching the people walking in the street and the cars…I was being still, and yet there was a moving outside of me. In a similar way, OQ has four other dancers and they move very noisily in front of me, and yet I am meditating. ‘Ah!’ I remember thinking, ‘In this moment, we are actually performing New York itself!’ And that was it.

Do you have a performance philosophy?
In his work, Kota tries to show that different cultures and different styles can live together, and that we can connect through the body. Maybe he’s saying that different languages can make one language? It's weird, but that’s it for me too. Now I’m living in Japan, and I'm working with a media arts center to try to create a new type of dance that everyone—professional dancers and disabled people, dancers and non-dancers—can all do. My dream is that we can connect to each other just through bodies and dance.

Do you have a preshow ritual?
Yes! I pray to my family members! I don’t ask for a good show or anything like that. I say: ‘I'll do my best; please watch. Don't say anything! Just watch.’ 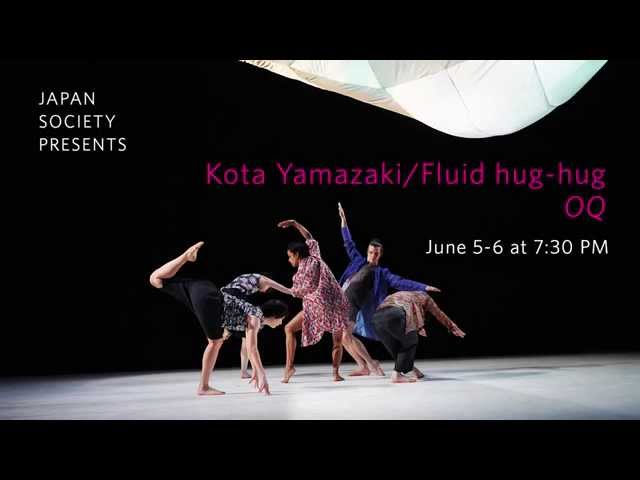