Last year Charli XCX surprised fans by debuting her own imprint, Vroom Vroom Recordings, and releasing an EP with a new sound. Then she struck again in March with a surprise mixtape, Number 1 Angel. For the singer, best known for bubblegummy heart-warmers like “Boom Clap” and Icona Pop's shout-along anthem “I Love It” (which she cowrote), the new music adds raucous electronic elements and an aggressive dance-club edge to her pop hooks. This spring Charli takes her newest project on the road for a series of small-club shows, leading up to her summer festival appearances that include June’s Governors Ball. We talked to her about her recent output and what to expect next.

One thing you’ve spoken out about is that you didn’t like your last album, Sucker.
I’ve been told not to say a lot about it, so I’m not trying to talk about that. If I was young, it would be like hearing the Spice Girls say, “I hate Spice World,” which I loved. Even though Sucker is still not really my favorite piece of work, I think I’m at peace with it. There are songs on there I love, like “Doing It” and “Need Ur Luv,” but there are other songs I don’t really connect to. You have your favorites and you have your least favorites.

Why did you start your own label?
I had been speaking to my record label [Atlantic] about it, and they were like “We have the budget, do you want to do it?” I was already managing this girl CuckooLander, so it was a big deal for her to release an album and for me to work with my friends on releasing records.

You just released a mixtape. Is your new record still scheduled for May?
I don’t know when my album is going to come out, but it’s not going to be in May. It will be out sometime in life.  The reason I put out Number 1 Angel is the fact that I don’t really know when my album is going to come out. I don’t really believe in the whole single, single, album strategy. I don’t think many artists do. I just wanted to continue my music. I’m always in the studio creating stuff, so it feels strange for me when I can’t put out the music I’m making. [Producer A.G. Cook and I] made the mixtape all in two weeks. We weren’t being hassled by management or the label, because they didn’t really know it was happening. It was very real—me reaching out to friends. But the label likes it as well. Everyone was a winner at the end of the day.

How do you think the forthcoming record will differ?
Well, the mixtape was made in February and released at the beginning of March, so it’s how I’m feeling in real time. The album was made a year ago, so it’s more overarching themes. I was partying a lot when I made the record, so it’s a lot about partying. I’m lucky that I worked with some amazing producers, so even though I made it a year ago, it sounds pretty fresh.

What were you listening to while making the mixtape?
Nothing. I don’t really listen to anything other than my music when I’m making music. I find it distracting. I was listening to demos on repeat, beats from A.G. or other producers. My head is so into the music that I’m making. I think it’s probably annoying for everyone else because I’m listening to the same songs the whole time.

What’s the NYC live show going to be like?
I’m just going to play songs from the mixtape—I’m not going to play old stuff. I think it’s going to be me and A.G. Cook onstage, but I’m not actually sure if he’ll be around. It’s really about me and my fans.

Who would you want to collaborate with in the future?
I don’t know. I feel like I do so many collaborations. It’s very much a part of who I am as an artist. I think people know I’m pretty down. 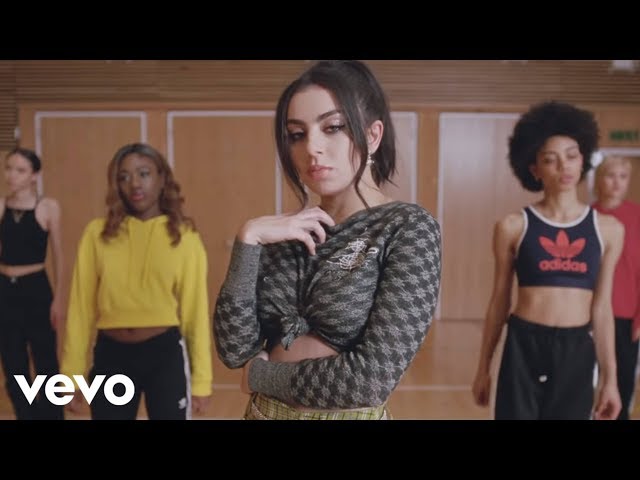