When the news broke that David Bowie had died, just two days after the release of his edgy and uncompromising Blackstar, it hit saxophonist Donny McCaslin like a kidney punch. Barely a year earlier, McCaslin and his band had joined Bowie at the Magic Shop studios in Soho to collaborate on what producer Tony Visconti would later refer to as Bowie’s “genre breaker”: a molten slab of trenchant art-pop fueled by high-energy jazz fusion but with a rocker’s soul burning at the center.

The sessions themselves were a profoundly life-changing experience for McCaslin, and in his grief over Bowie’s death, he sought to pay tribute. That same month, he took the Village Vanguard stage with keyboardist Jason Lindner, drummer Mark Guiliana and bassist Nate Wood (subbing for Tim Lefebvre), and the band folded a moving version of “Warszawa,” from Bowie’s classic 1977 album Low, into its set.

“It was a really intense time emotionally,” recalls McCaslin, “and that tune was an opportunity for us to channel all that emotion and grief into a musical context. It definitely felt cathartic to play it.” Catharsis soon gave way to inspiration. McCaslin started writing new material for the band, and by April the musicians were back in the studio. Beyond Now is the astonishing result; by turns explosive and introspective, it’s the sound of a band stretching out as a living organism, in the vein of groups like Can or Weather Report, while taking a firm hold of electronic and rock influences (with covers of Deadmau5’s “Coelacanth 1” and MuteMath’s “Remain”) and feeding them through alien sonic filters.

The album also features an astral meditation on “Warszawa,” with a McCaslin solo that’s nearly Coltrane-esque in scope, and a marauding, fusion-fired take on “A Small Plot of Land,” originally from Bowie’s 1995, Brian Eno–produced album Outside, with singer Jeff Taylor.

“Our version, to me, is much less avant-garde than David’s original,” McCaslin insists, about that song. “I feel like ours is less edgy and more electro—more like dance music, in a way. But Jeff sang his tail off on it. It’s daunting to step into a tune that Bowie has sung, and I thought he did a great job.”

Although McCaslin conceived Beyond Now as a tribute to Bowie, it’s also the work of a band that’s moving relentlessly forward in its mapping of new territory. The rhythm section of Lefebvre and Guiliana can shatter in a wave of polyrhythms and then instantly lock tight to a groove; meanwhile Lindner and Wood, who takes up guitar on the album, explore chords and textures with painterly precision, leaving McCaslin plenty of space to soar over the top.

“I think we’ve gotten progressively to another level,” says McCaslin, “but the Blackstar experience really deepened everything on and off the bandstand. We felt very included and affirmed, and it felt like everything changed after that for us. So part of Beyond Now is really chronicling the changes in the band. There’s such a sense of abandon and freedom in the way we play—it can be really exciting.” 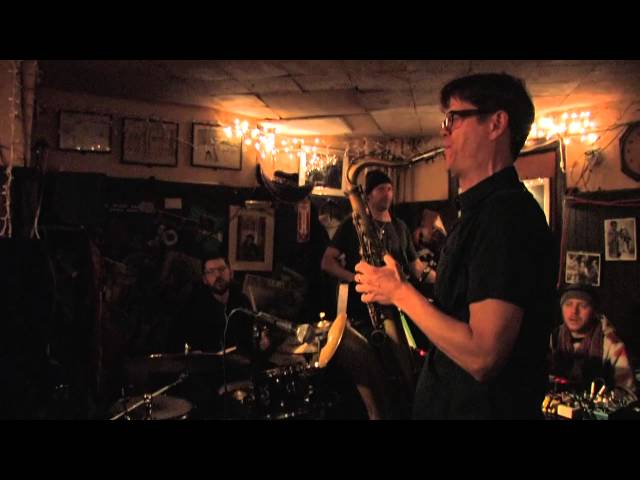