Meet The Undateables: Ronnie and Gabi Why they're single:
Ronnie: Is still looking for that perfect girl but also just trying to enjoy his time in the city.
Gabi: Put in a lot of time to get her career off the ground and has just transitioned into dating again.

Ideal date:
Ronnie: Having a couple of drinks at a speakeasy, then going to a comedy show.
Gabi: Going to a restaurant with a view of the city or the water, then a comedy show or trivia. 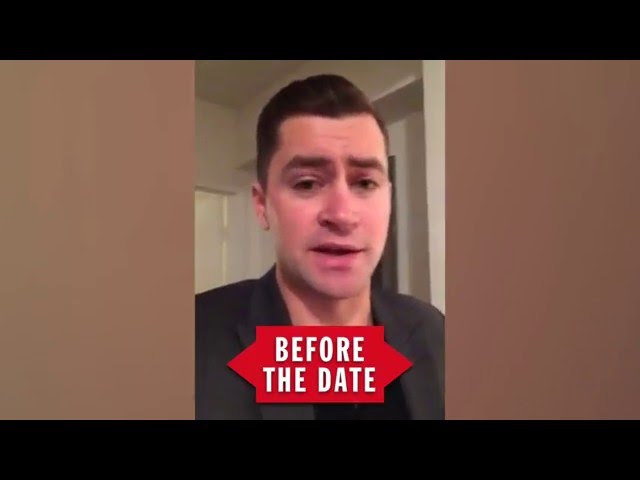 First impression
Ronnie: “At first she was quiet and shy and avoided eye contact, but I could tell she wanted to be there. She has dark hair, and I normally go for light-haired girls."
Gabi: “I was there early because I’d come from a holiday party. I didn’t have any expectations, so I wasn’t taken aback at all. I was just glad he was taller than me.”

Chemistry
Ronnie: “Once we started talking, we found some commonalities—we both like comedy, and we talked about our experiences moving to the city. I felt more of a friendly vibe.”
Gabi: “We bonded over the fact that we’re both transplants from small towns. He said he was homecoming king in high school; my type has a little more edge.”

Awkward Moment
Ronnie: “She tried my old-fashioned and winced quite a lot. I was like, ‘Oh, not a big fan of whiskey?’ and she said, ‘No, but I thought I’d try it.’ I think she was trying to be adventurous.”
Gabi: “We went to a comedy show at UCBEast, and he kissed me. It was a really romantic moment, until we realized there were pictures of penises on a big screen.”

Afterward
Ronnie: “We exchanged numbers right before we said goodbye. She gave me her number, and I hopped in a cab and went home. There was a one-armed hug.”
Gabi: “After the comedy show, he got my number and got in a cab. We’ve texted about this whole experience but have no plan to do anything more.”

Verdict
Ronnie: ♥♥♥ “She was a nice girl but not exactly what I’m looking for. I like girls that are extroverted, and she seemed kind of introverted. I still had a great time.”
Gabi: ♥♥♥ “He wouldn’t be the person I’d typically go out with, but I had a good time. If he wants to go out again, that’s fine. If not, I’m not going to chase him.”