As the executive and creative director of National Sawdust, Paola Prestini is a name to know in New York new music, as she works to secure a home for innovative composition and performance in Williamsburg. A composer herself, Prestini gave a preview performance of her opera Aging Magician at NYC’s Prototype Festival in 2013. And after some out-of-town stagings, the multimedia work makes its Off Broadway debut on Friday 3 for a run of nine performances. Starring and cocreated by the vibrant Rinde Eckert—a powerful vocalist and actor as well as a sharp writer—it tells the story of an aging clockmaker lost in memories of his Brooklyn youth, with the acclaimed Brooklyn Youth Chorus, fittingly, serving as group narrator and commentator. Celebrated director Julian Crouch (Hedwig and the Angry Inch, The Addams Family) helms the production and crafts the stage design, which incorporates gruesome puppetry, projections and ramshackle musical instruments of pipe and wire built by guitarist Mark Stewart of eclectic chamber ensemble Bang on a Can All-Stars.

On the heels of the premiere of her second major work, Ipsa Dixit (which ran February 3 and 4 at Dixon Place), contemporary-classical force Kate Soper presents a new suite version of her stunning first opera, Here Be Sirens, which was staged at Dixon in 2014. As a singer and writer (and a part of the vital composer-performer collective Wet Ink Ensemble), Soper is quickly becoming one of the most intellectually challenging and musically satisfying composers in town. Her Sirens is a deeply insightful and sometimes quite funny work for three female voices. Here sopranos Victoria Benson, Claire Myers and Devony Smith deliver Soper’s meditation on the plight of sirens, doomed to a life awaiting the shipwrecks that will bring them love. The piece is paired with the American premiere of Nicole Murphy’s The Kamikaze Mind, a similarly contemplative work about a man falling into a black hole, starring baritone Shane Brown. The fearless composer-conductor Whitney George leads the in-house Fresh Squeezed Opera orchestra for both works. 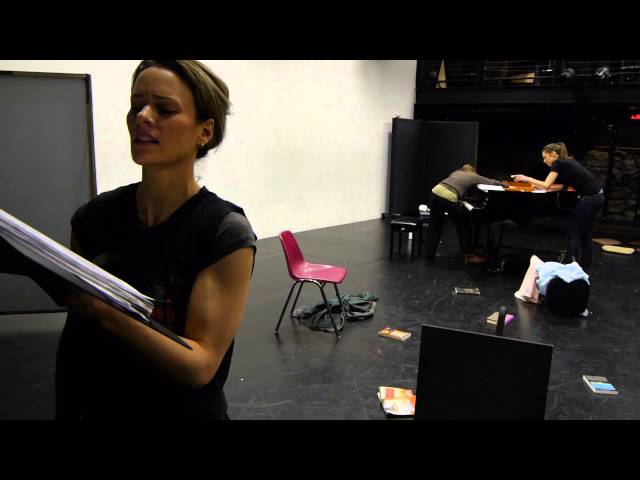