This futuristic design would drop Central Park below sea level

Wish there were more apartments with views of Central Park? A wild new proposal would create a whole bunch of them. (Don’t freak out—it’s not actually being built.)

The design was the winning entry in eVolo’s annual Skyscraper Competition, which launched ten years ago to recognize innovative ideas for high-rise projects that utilize space, technology and materials in new ways. The submissions are supposed to “challenge the way we understand vertical architecture and its relationship with the natural and built environments.”

The Central Park structure, called New York Horizon, certainly does that. The plan, which was created by Yitan Sun and Jianshi Wu, would drop the park’s elevation and build a mega structure around its border. That building would provide seven square miles of floor space—80 times more than the Empire State Building—with completely unobstructed views of the park. The excavation would also expose the bedrock that’s currently hidden under the grassy fields and winding paths, making the park more rugged and better for swimming and rock climbing. (With climate change threatening to submerge the city underwater, though, we're not sure how the park would fare.) The mirrored façade of the surrounding structure would create the illusion that the landscape stretches beyond the manmade border. 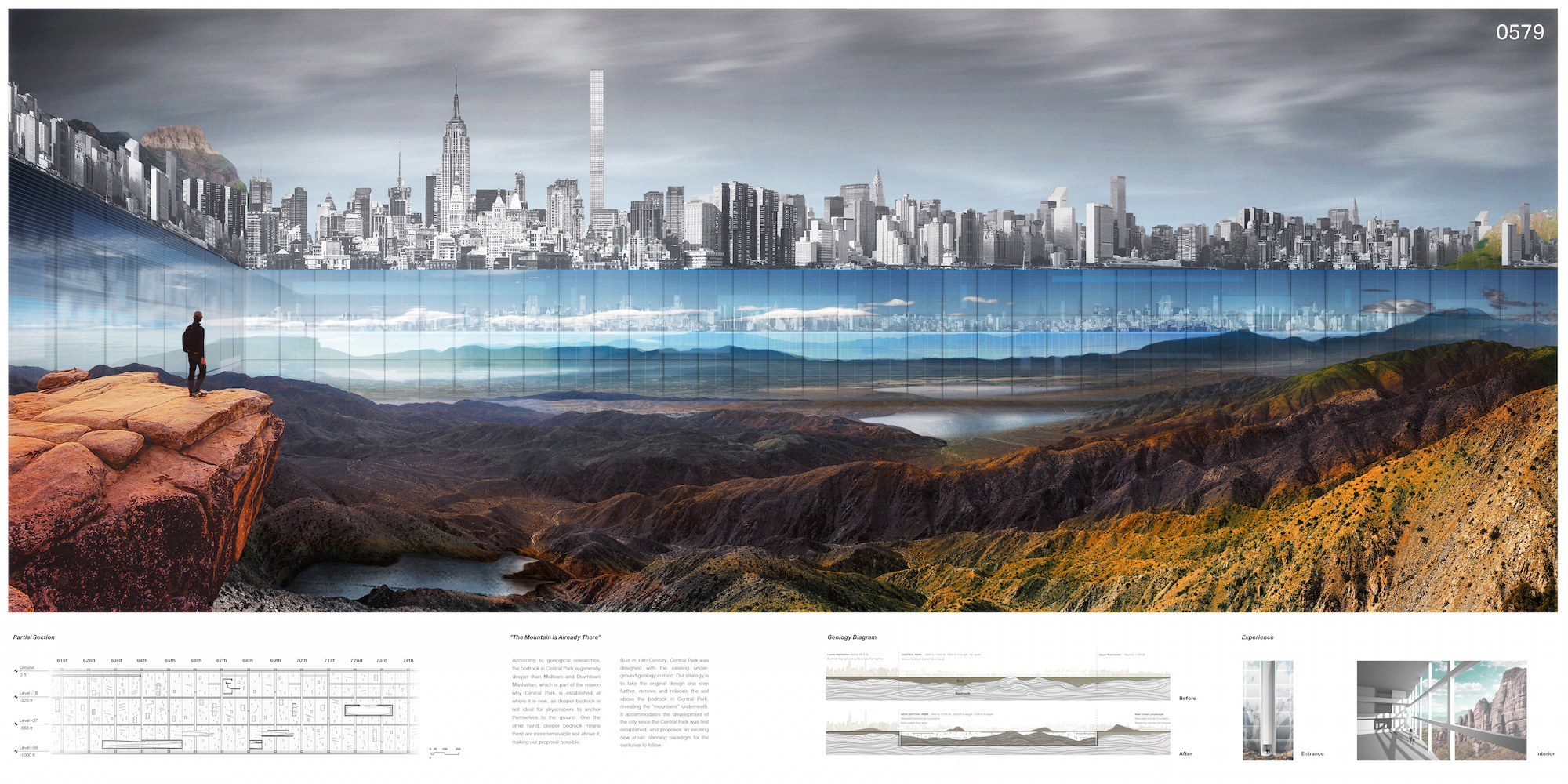 The designs that took second and third place are both slightly more traditional in shape, but nonetheless crazy and futuristic in function and aesthetic. The Hive, designed by Hadeel Ayed Mohammad, Yifeng Zhao and Chengda Zhu, creates a central hub for drones in the middle of Manhattan. The façade would covered in portals of all shapes and sizes, which would serve as docking and charging stations for personal and commercial drones. It’s the stuff of sci-fi nightmares. 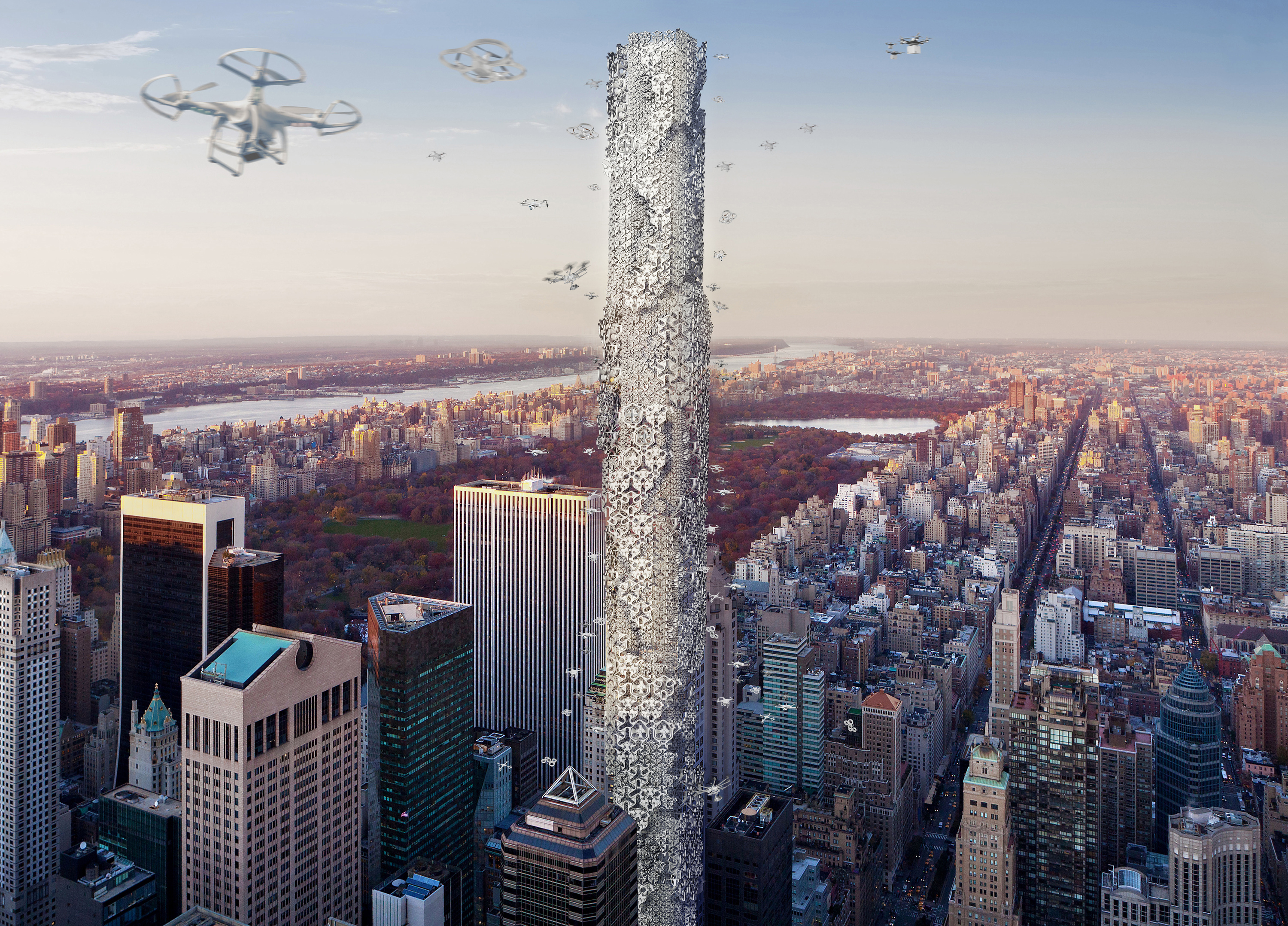 Coming in third was a Data Skyscraper, from Italian team Valeria Mercuri and Marco Merletti. The tower is essentially an enormous server or motherboard, which would be built in Iceland. Designed to be green and sustainable, the structure would have heating and cooling systems that make use of natural airflow and reuse any heat being emitted. 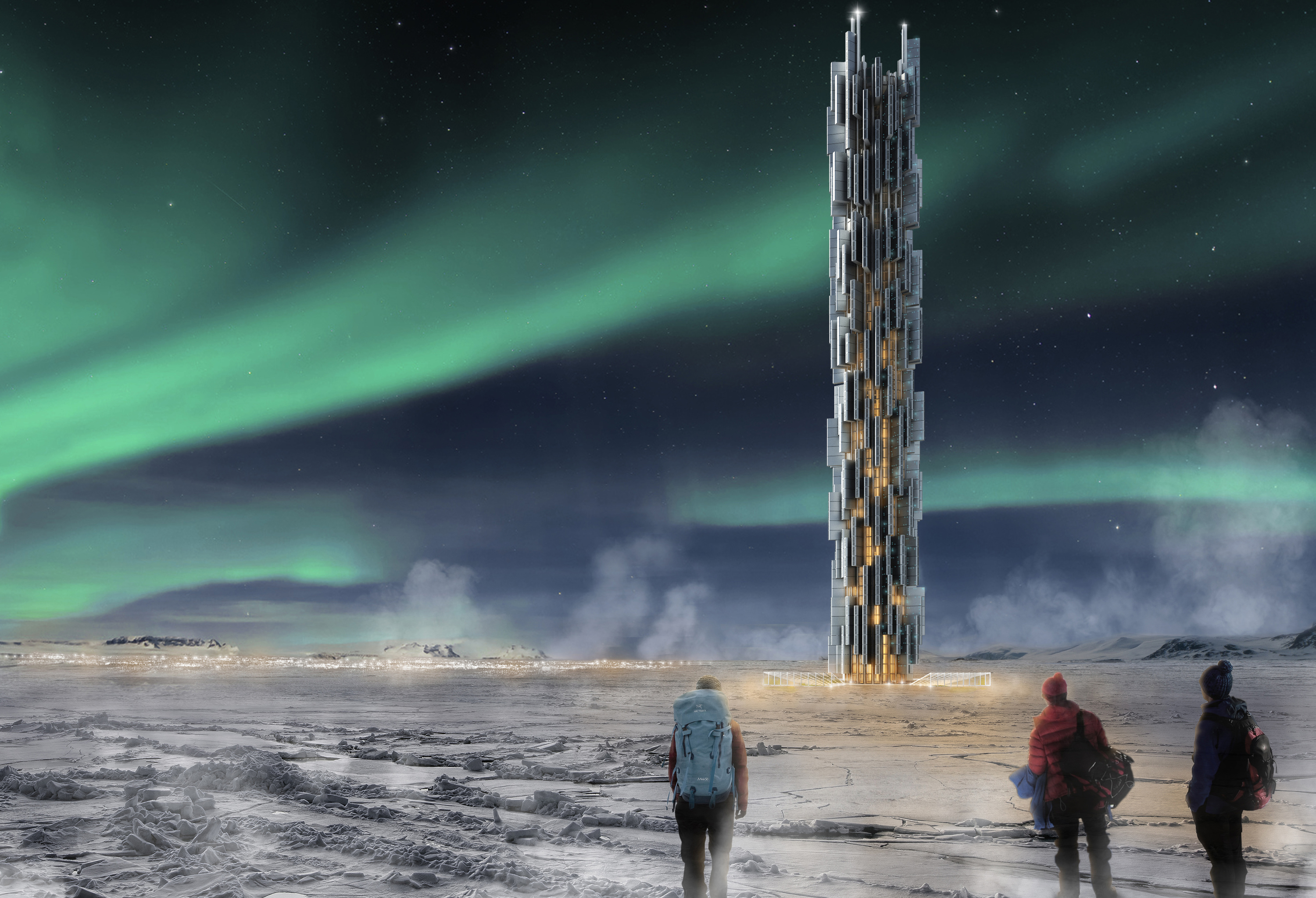 Other honorable mentions in the competition, below, are a Space Adaptive Skyscraper Hospital that can change and move according to a populations’ needs, and a Biomorph Skyscraper that uses organic patterns on the exterior to create diffuse light textures in the interior spaces. To browse all the designs, visit eVolo. 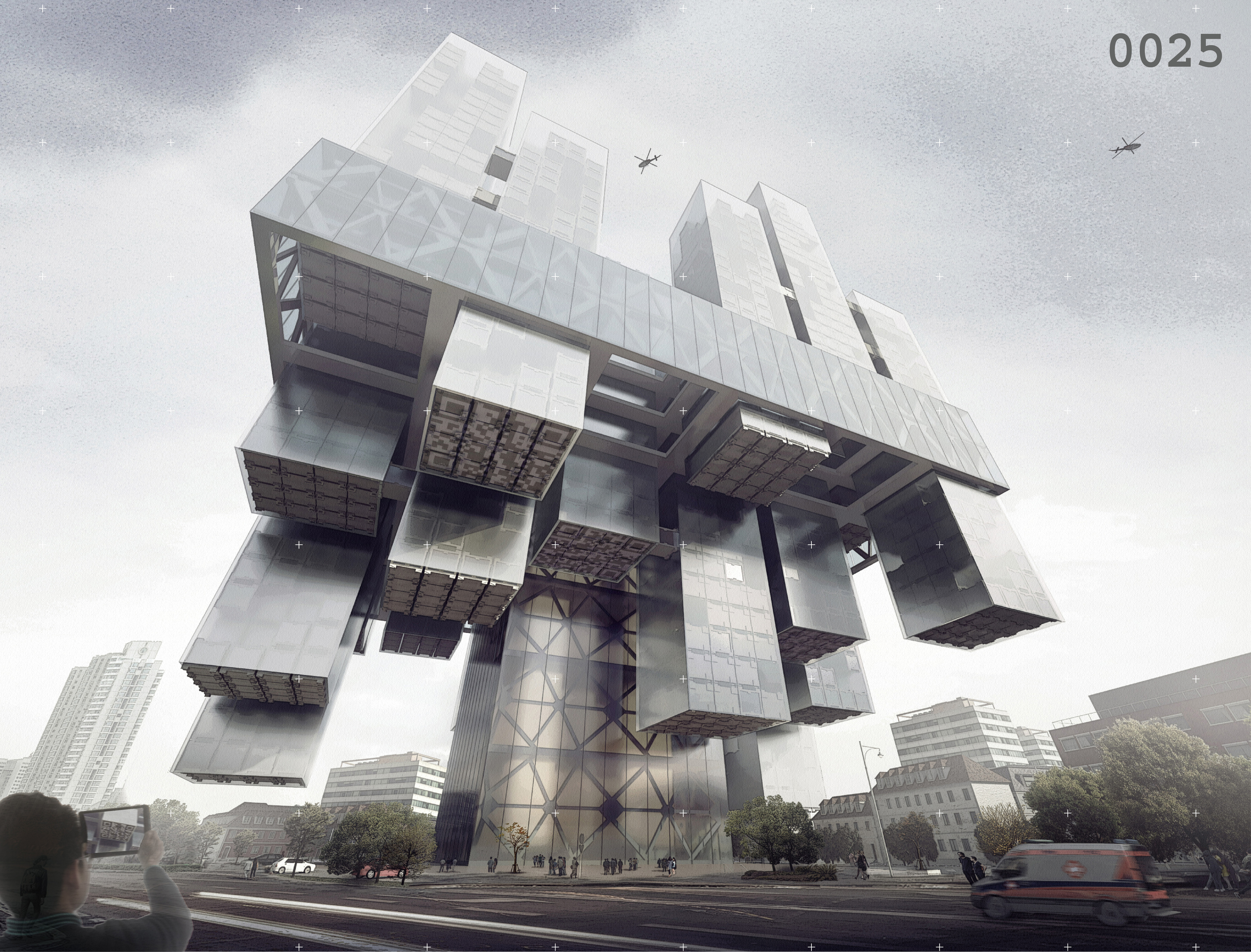 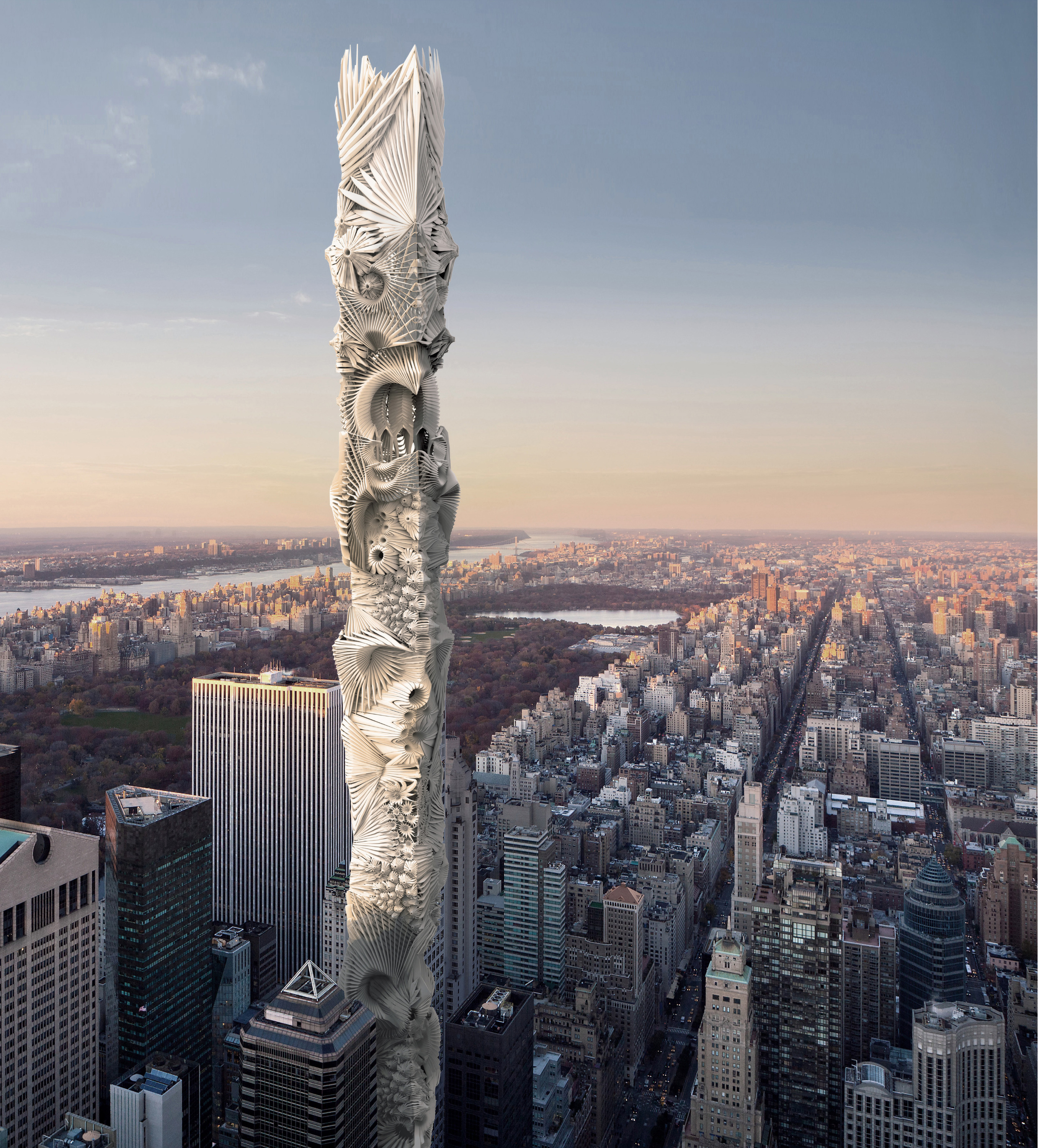