Why Elektra should be your first Metropolitan Opera experience

Even serious culture vultures—those who squeeze plays, book readings and concerts into one week—may quail at the thought of the opera. Excuses for not going are easy to guess: too expensive, too long, too disconnected from the world today. And while that’s sometimes true, the opera is a marvelous, immersive field that rewards patience and deep absorption. There’s the classic repertory, of course, masterpieces by Wagner, Mozart, Verdi and the rest. But modern opera, at least work made in the last 100 or so years, is also fascinating (and I say this not just as a librettist working on new opera). This week there’s a show you won’t want to miss. It’s Richard Strauss’s stunning 1909 adaptation of the Greek tragedy of Elektra, and if you haven’t been to the Met yet, this is a great way to start. Here’s why.

It’s not five hours long
After his sensational 1905 setting of Oscar Wilde’s Salome, Strauss turned to Hugo von Hofmannsthal’s adaptation of Sophocles’ Electra. Like Salome, the new work unfolded in real time and was relatively brief—about 100 minutes. Such compression let Strauss sustain a mood of intense anguish and sonic excitement in one unbroken hearing. Later in his career, he would compose much lengthier operas, such as Der Rosenkavalier and Capriccio. But early on, Strauss knew that less is more.

The story is pure sex and violence
The title character of Elektra is a daughter utterly horrified and driven to revenge by the death of her warrior-father, King Agamemnon. And the killer? None other than Elektra’s mother, Klytämnestra, who conspired with her lover Aegisth to do the bloody deed (this is all back story). The action of the opera is vengeance-starved Elektra’s yearning for the death of her mother, which her brother, Orest, eventually arrives to carry out. When the work had its London premiere in 1910, critic Ernest Newman condemned Strauss for wallowing in madness and perversion. Sign me up!

You can actually afford it
Yes, orchestra seats at the Met can be hideously expensive (not as much as Hamilton, but still quite steep). But there are ways of getting in. Elektra is going to sell out fast, but tickets in advance start at $32. There are also student tickets and rush tickets available. Same-day $25 rush tickets for all performances of Elektra are available on a first-come, first-served basis on the Met’s site. Tickets go on sale for performances Monday through Friday at noon, matinees four hours before curtain, and Saturday evenings at 2pm.

Strauss music will make your ears orgasm
Classical composers are expected to be gifted orchestrators, but few goaded the forces of a pit to such rapturous intensity and audacity as Strauss (1864–1949). Historically, he came at the decaying end of the Romantic age, and worked well into the modern period. In some works he emulated Mozart (Der Rosenkavalier) while in others he balanced dissonance and ecstatic chromatic writing. That is to say, some of his music is angular and harsh, other parts are soaring and sensuous. Blogging in the New York Review of Books last year, Tim Page says of Elektra: “Dark, chaotic, and crushingly dissonant, it may be the only work of early modernism that retains the power to shock an audience silly; after more than a century, it has lost none of its horrible fascination.” And with a powerhouse cast that includes Nina Stemme (Elektra), Waltraud Meier (Klytämnestra), Adrianne Pieczonka (Chrysothemis) and Eric Owens (Orest), you can bet the hairs will be standing straight up on your head.

It’s a great director’s farewell work
Conducted by Esa-Pekka Salonen at the Aix-en-Provence Festival in July 2013, Elektra was Patrice Chéreau’s last stage work. He died later that year. Anyone who cares about great direction needs to see Elektra. Chéreau was last at the Met in 2009, staging Janacek’s From the House of the Dead as a bleak, devastating and unforgettable ritual of agony and resistance. Not to be reductive, but Chéreau is to opera directing as Ivo van Hove is to classic revivals. In terms of design and dramaturgy, the approach is boldly modern, but the fidelity to story and character is meticulous and rock solid. Check out the trailer to the Blu ray of Elektra. 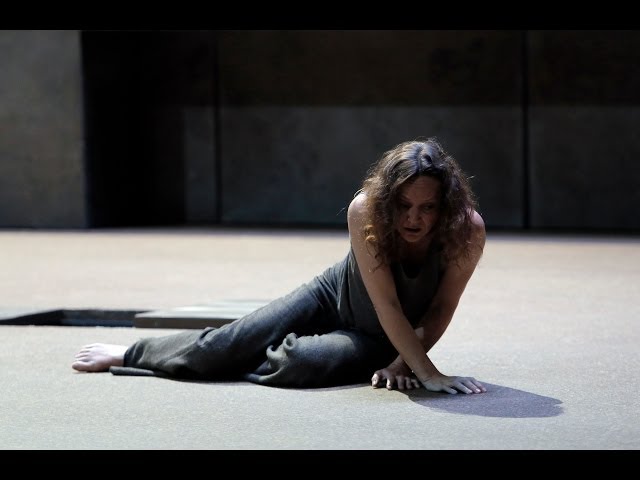 Now go get your tickets.