Diving into great—and funny—books is becoming a rarefied act, but there’s something about sinking into a page-turner that can be more satisfying and much more hilarious than a fleeting screen-based experience. Yes, in today’s gadget-geared world, we tend to log onto Netflix for a gummy worm–fueled binge-watch or take to Facebook for an egocentric rant in often-futile efforts to make ourselves feel better. So as an alternative, we’ve rounded up and ranked 10 of our favorite funny books of all time. Spanning centuries and genres, the only thing they all have in common is their knee-slapping level of hilarity, so head to the best bookstores in the city, stat. (And if screens are your thing, they’re all available on e-readers.) 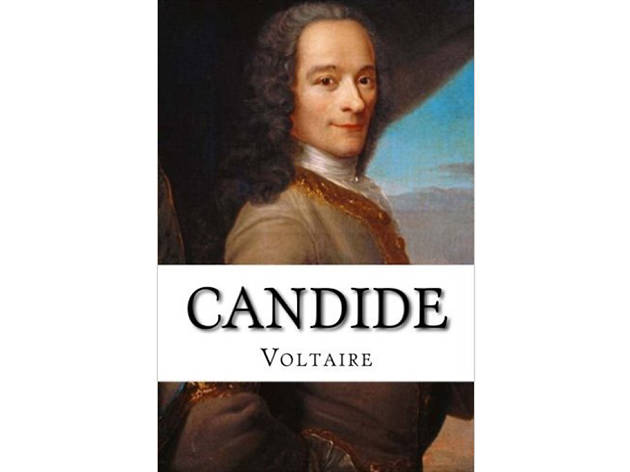 Widely recognized as one of Western lit’s very first modern satires, Voltaire’s wacky, 1759-published romp takes top honors on this list. An Age of Enlightenment philosopher who was vehemently anti-church and anti-aristocracy, Voltaire slays both in this short-but-sweet novella. Ostensibly the continent-wandering tale of Candide, the illegitimate nephew of a German baron whose unending bad luck forces him into a life of unending roving, the book was actually a very clever—and often uproarious—vehicle for Voltaire’s finely observed criticisms of religion, government, military and, well, most of the other features of 18th-century life: criticisms that still ring true today. 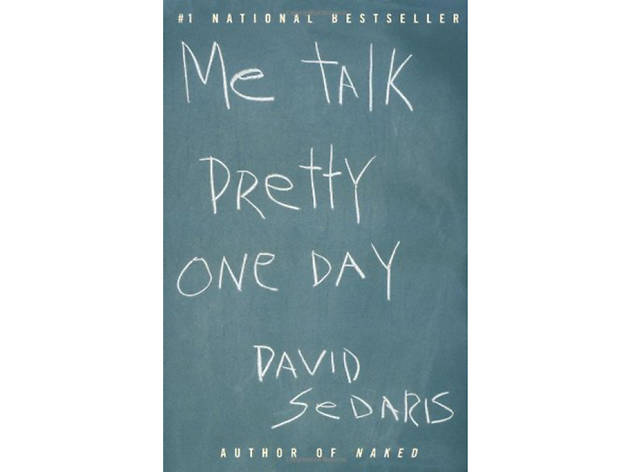 When it comes to laughing-out-loud-on-the-subway hilariousness, it’s hard to beat essayist, critic and performer Sedaris, whose bestselling collections of personal essays turn self-deprecation into an art form. The 27 short works contained in Me Talk Pretty One Day revolve mainly around Sedaris’ eccentric family, including his famous sister, Amy, as well as time spent living in France, where the author’s grasp of the language evolves from the level of “evil baby” to “hillbilly”: “‘Is thems the thoughts of cows?' I'd ask the butcher, pointing to the calves' brains displayed in the front window,’” he recalls. No matter how depressing the circumstances, Sedaris’ wit elevates such moments with his comic grace and we’re left laugh-crying and scrambling for tissues.

Buy Me Talk Pretty One Day on Amazon 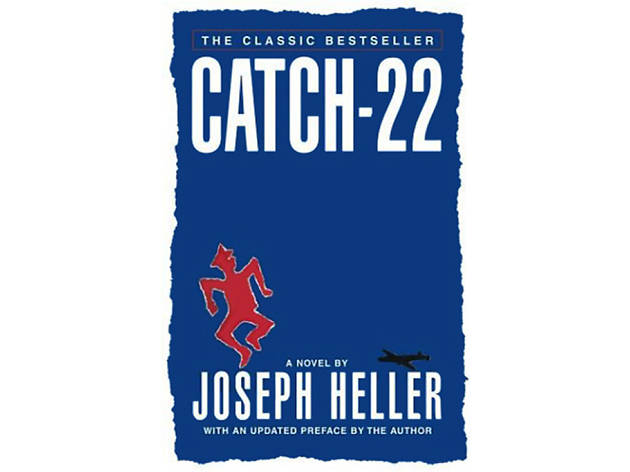 One of the most celebrated books of all time, Heller’s 1961 satire is as incisive as it is funny—and it’s just as fresh today as it was 50 years ago. Set in Italy during World War II, the novel centers on Yossarian, a wisecracking bombardier whose attempts to complete his increasing—and increasingly perilous—combat missions skewer the madness of war. It’s from the book that we get today’s oft-used, eponymous phrase: In Heller’s work, the “Catch-22” is a completely unexplainable rule instituted by the military bureaucracy which decrees that any soldier willing to complete his ever-more-dangerous missions is insane—but if that soldier recognizes what’s happening and requests a discharge, he’s therefore proven sane and ineligible for release. As Yossarian considers his options, we’re right there with him—and laughing the whole time. 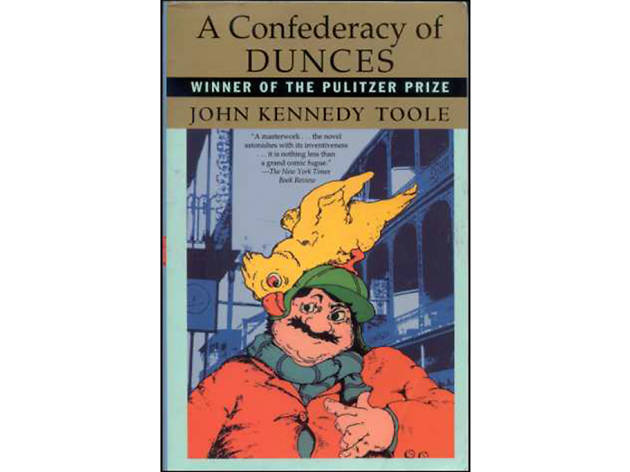 A rambling farce set on the charming but squalorous streets of New Orleans, Toole’s comic masterpiece introduces us to Ignatius J. Reilly, an unlikely hero who, at the age of 30, lives with his mother and snacks his way to obesity as he attempts to write his magnum opus. A series of unfortunate events force Ignatius to seek employment, and readers follow along as he peddles hot dogs and works in a pants factory, determined to innovate by showing up for work an hour later than he’s supposed to (more refreshed and therefore more productive) and throwing random files into the trash (thus eliminating potential fire hazards). The novel’s true strength lies in its wonderfully 3-D supporting characters, including Miss Trixie, Levy Pants’ septuagenarian secretary whose attempts to retire are continually—and comically—thwarted.

Buy A Confederacy of Dunces on Amazon 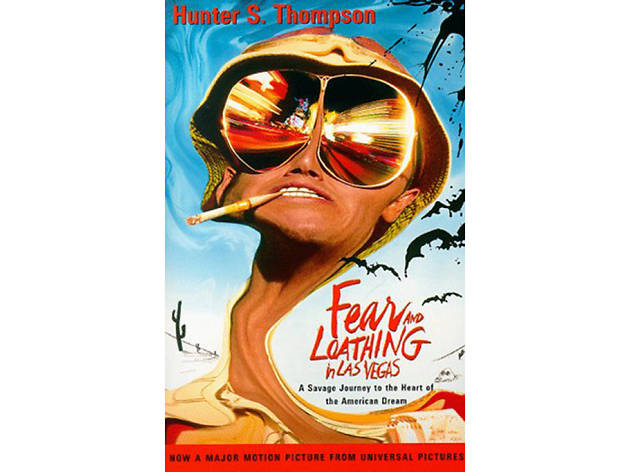 If your only familiarity with gonzo journalist Thompson’s drug-drenched romp is through Terry Gilliam’s (admittedly brilliant) 1998 film, you’re missing out: the outsider author’s 1971 account of a booze-and-pill-fueled joyride across the Nevada desert is, by turns, terrifying and gut-busting. A based-on-fact recollection of Thompson’s magazine assignment to cover a biker race and convention in Vegas, Fear and Loathing lists, in great detail, the sundry substances responsible for Thompson’s (and his lawyer-pal Dr. Gonzo’s) subsequent sins in Sin City; namely, “two bags of grass, seventy-five pellets of mescaline, five sheets of high-powered blotter acid, a salt shaker half-full of cocaine and a whole galaxy of multicolored uppers, downers, screamers, laughers.... A quart of tequila, a quart of rum, a case of Budweiser, a pint of raw ether and two dozen amyls.” The fact that Thompson remembered enough about the journey to pen the book is reason enough to pick it up; the belly laughs are just a bonus.

Buy Fear and Loathing in Las Vegas on Amazon 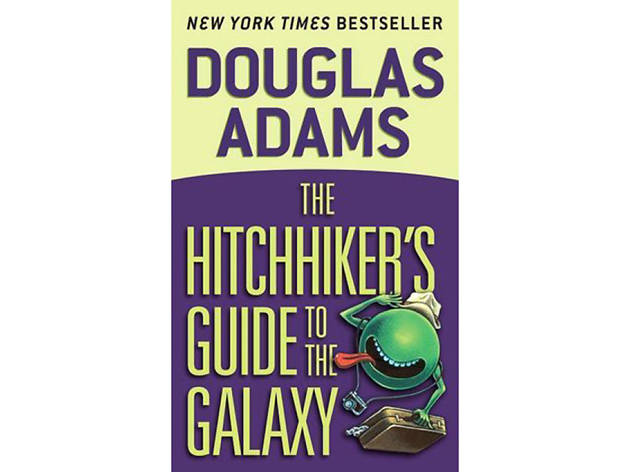 Sci-fi has yet to shake its pervasive stereotype of geekiness, but this is one book you’ll feel proud—and legitimately cool—to be reading, even in public. Published in 1979, Adams’ uproariously funny novel—a parody of pretty much every sci-fi trope, ever—whisks readers on an intergalactic journey as hapless hero Arthur Dent and his friend, the currently out-of-work actor Ford Prefect, escape planet Earth, which is due for demolition to make room for a solar system–wide freeway. Armed with the titular Guide, which Prefect has been secretly working on for 15 years, the pair, along with a gaggle of stupendous supporting characters, journey through space heeding such guidelines as “A towel is about the most massively useful thing an interstellar hitchhiker can have” and “There is an art, or rather a knack, to flying. The knack lies in learning how to throw yourself at the ground and miss.” A more-than-gentle poke at any and all theories that would have one believe in any Meaning of Life, Adams’ works—there are five novels in the Hitchhiker series—are essential reading for all nihilists-in-training.

Buy The Hitchhiker’s Guide to the Galaxy on Amazon 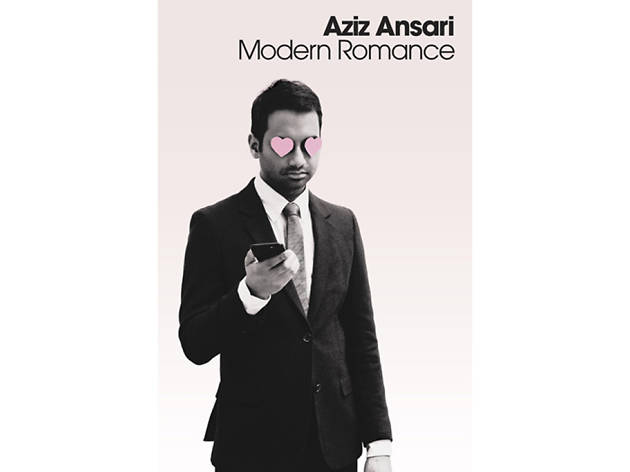 As anyone who’s watched even a few minutes of Ansari’s brilliant series Master of None can attest to, the guy’s a comedic genius. The former Tom Haverford has his finger firmly on the pulse of millennial life, making spot-on observations about how twentysomethings work, hang out and especially date. In his debut book, Ansari examines the ins and outs of Tinder, texting and tonsil hockey. Co-written with sociologist Eric Klinenberg, Modern Romance offers more than just Seinfeld-style observations of the sheer ridiculousness of contemporary dating life, digging deeper to examine why, exactly, prospective dates can take so long to text back—other than the obvious fact, stated by Ansari, that they’re “Googling the fuck out of you.” 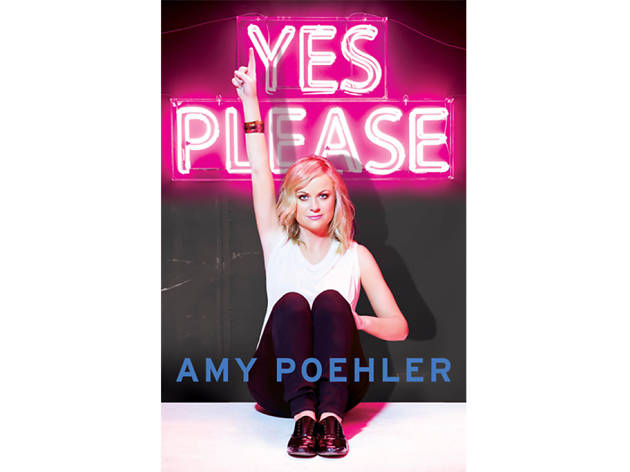 Ansari was in good company on Parks and Recreation, thanks in no small part to producer and star Poehler. Her own comedic gifts know no bounds, and in her revealing 2014 memoir/advice book/collection of haikus, she gives insight into how she navigates her jam-packed life as a writer, producer, actress and mother of two. Chockablock with recollections, lists, throwback photos, poems and mantras, Yes Please feels like a zany hangout sesh with Poehler—an experience that (admit it) each and every one of her fans has coveted. 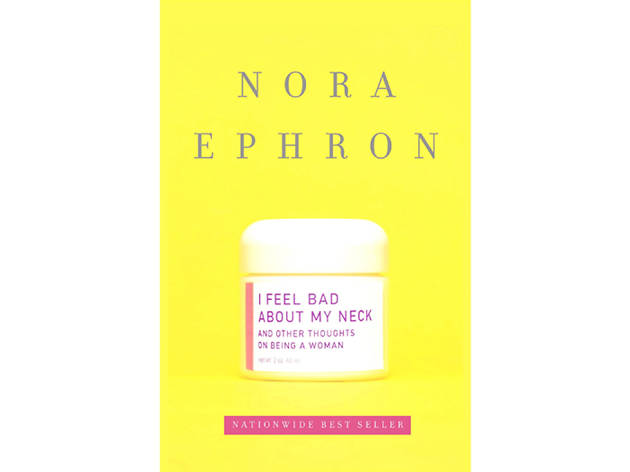 Poehler’s book belongs to a supergroup of candid, witty memoirs and personal essays published in the last few years by brilliant and hilarious women like Tina Fey (Bossypants), Lena Dunham (Not That Kind of Girl) and Mindy Kaling (Is Everyone Hanging Out Without Me?)—and each of these ladies and their careers owe a debt to Ephron. She’s the OG of revealing and riotous writing, and the person whom we collectively must thank for all of When Harry Met Sally and especially that insane pastrami scene. Throughout her long and active career, the recently deceased Ephron was consistently adept at tackling taboo topics, and in I Feel Bad About My Neck she attacks female aging with her usual comic verve, addressing issues such as empty nests, menopause and mature fashion with her inimitable combination of sarcasm and sincerity.

Buy I Feel Bad About My Neck on Amazon 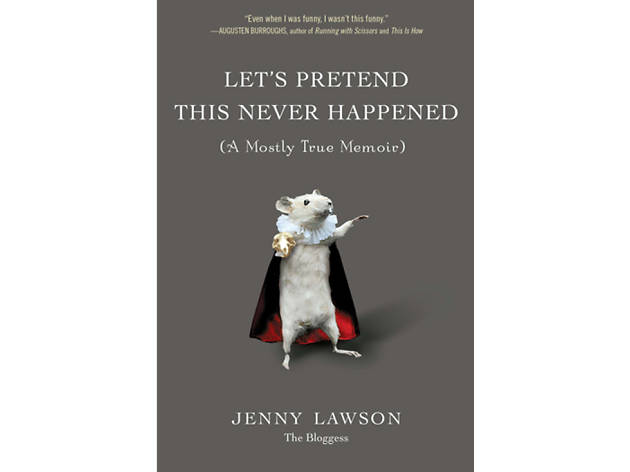 Journalist Jenny Lawson rose to prominence thanks to her sardonic blog The Bloggess,  where, for the past nine years, her sardonic and brutally honest writing about her family life has garnered a committed readership as well as several awards. In 2012 she released this “mostly true memoir” to critical acclaim, and it’s a treat for readers as well, regaling with stories of her rural Texas upbringing complete with a taxidermist father and a tough-as-nails mother whose theory on the family’s radon-poisoned tap water was “What doesn’t kill you makes you stronger.” Prone to bouts of anxiety, Lawson explores her preoccupations and triggers with honesty and verve, making the book a unique and addictive read for anyone suffering from modern-world syndrome (i.e., all of us).