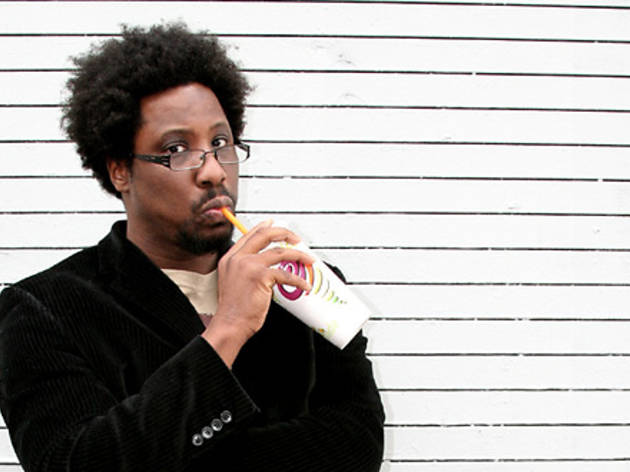 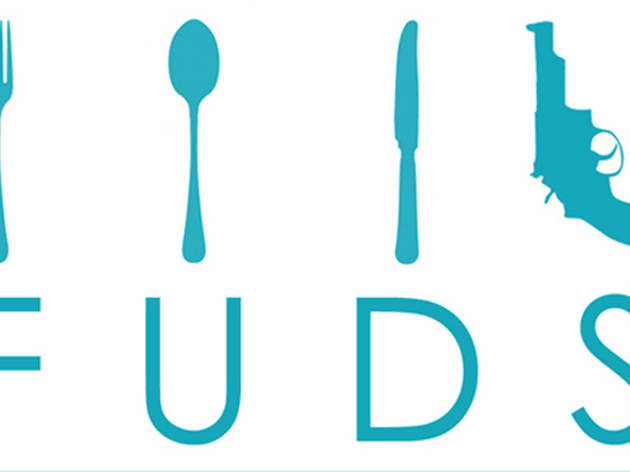 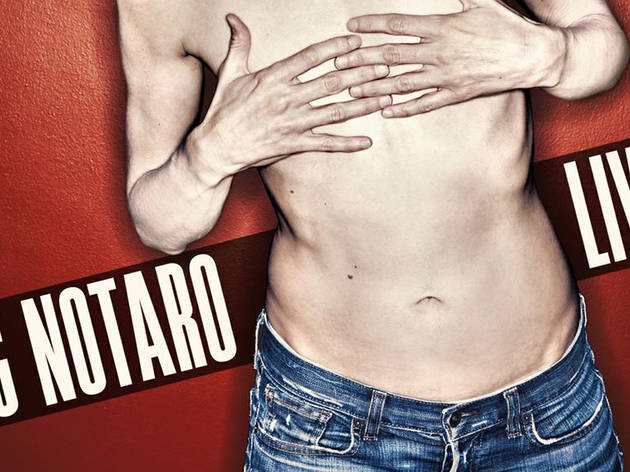 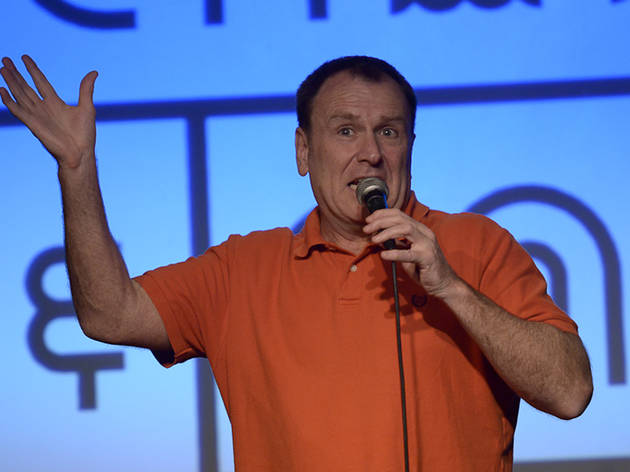 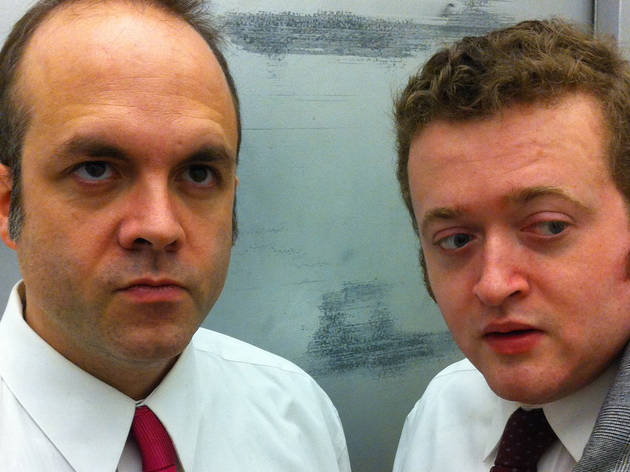 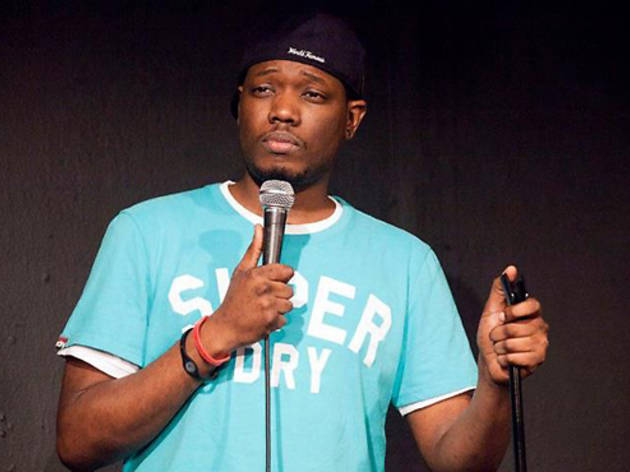 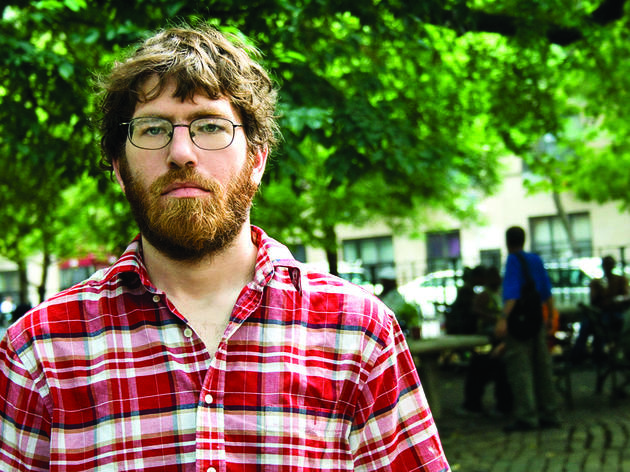 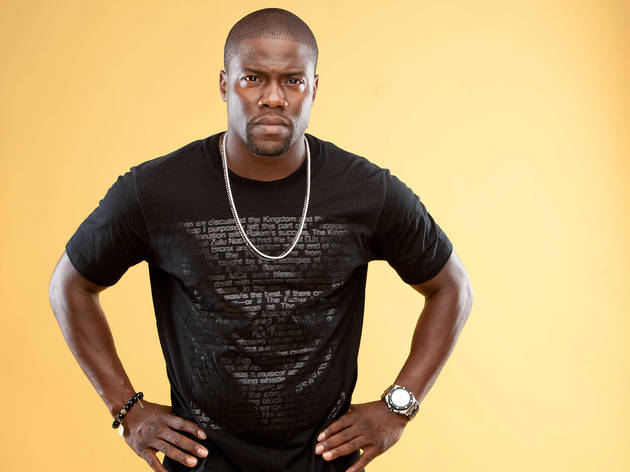 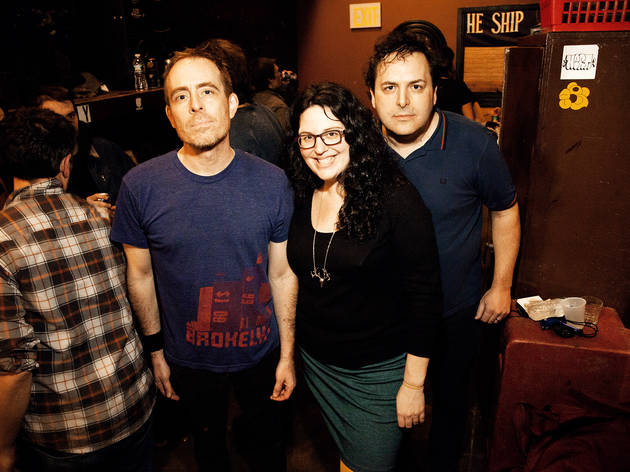 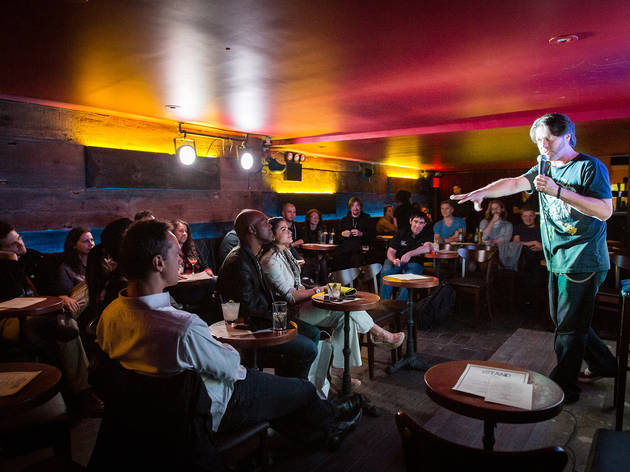 10/10
Filip WolakThe Stand
Advertising
Best prank
At the train wreck that was this summer’s Great GoogaMooga Festival, writers Dan Klein, Arthur Meyer and Kelly Hudson handed out the only thing likely to have put a smile on attendees’ faces: a parodic menu for nonexistent restaurant Fuds, a “journey in food-taste from mouth to toilet.” It was the best jab at foodie talk since David Sedaris’s essay “Today’s Special.”

RECOMMENDED: Best of the year 2012

Best specials
Widely publicized, and with good reason, Tig Notaro’s Live!—recorded disturbingly soon after herbreast-cancer diagnosis and the death of a her mother—was an exercise in nudging proximate tragedy over the edge into comedy. Maria Bamford’s similarly bold stroke, Special Special Special, found her performing at home for an audience of two: her parents. It’s a silly premise became its own sort of engrossing performance piece.

Best reason to hop the 7
Between the Creek and the Cave—which marked its tenth year as Colin Quinn quietly took up residency and even Jerry Seinfeld stopped by for a set—and the blossoming Laughing Devil Comedy Club, Long Island City ought to be a regular consideration for comedy fans whether they are Queens residents or not.

Best out-of-town visitors
The sharp, socially engaged comedy of W. Kamau Bell and his team of Totally Biased writers—including San Franciscans Janine Brito and Nato Green—kept audiences on their toes. Plus, we’ll take any chance we can get to see the elusive but amazing Dwayne Kennedy.

Best sketch show
With more and more sketch migrating online, it was wonderful to be reminded what two men, a bare stage, some great writing and committed performances can do. Will Hines and Neil Casey’s Small Men invoked a crystalline world of sad-sack Midwestern middle managers that was by turns absurd, funny and revoltingly real. And though it premiered at the end of 2011, This Is Not a Sketch Show: A Sketch Show was remarkable for its imagination and smarts.

Breakout awards
In three short years, Michael Che has gone from his first open mike to a regular stints at clubs around town (and even a spot on Letterman) with his ridiculously assured presence and perspective. Mike Lawrence—who nailed his appearance on Conan and even got his own episode of WTF—just gets better and better, doing dorky, dark, dirty and topical material with aplomb.

Show of the year
Despite some high-profile visits from Louis C.K., Dylan Moran and Seinfeld, we probably enjoyed Kevin Hart’s big, (literally) flashy stop at Madison Square Garden the most. His showmanship, ability to fill the stadium and bunch of great new bits—including a takeaway about a “bum bump”—made the Let Me Explain tour a memorable one.

Best benefit
Tom Scharpling, Ted Leo and producer Marianne Ways’s recent Very Special Hurricane Benefit had explosive bands (Titus Andronicus), comics (Chris Gethard), Brooke Shields and a chat with Scharpling’s ridiculous Gary the Squirrel—and it raised $30,000. Turns out a three-hour variety show doesn’t have to lose momentum—all you have to do is make sure every act is mind-blowing.

Best new venue
Several spots opened this year, but between its fun menu, intimate yet proper theater, lineups that reflect the tastes of its owners—new talent and lots of rough guys like the club’s patron saint, Mike DeStefano—the Stand NYC shows great promise.

Best/worst precedent
The successes of Louis C.K.—both in terms of the creative freedom he enjoys with Louie and the loyal fan base that made him millions by buying his specials and tickets—are unparalleled, and yet they give young comics unrealistic expectations about what they can accomplish out of the gate. All in all, though, the new standard of charging $5 for an hour of independently produced stand-up online and new gestures on the part of the industry—e.g., IFC’s “adoption” of Chris Gethard—may be paving the way to something new.

Worst exodus
Comics are always leaving NYC for L.A., but this year the city positively hemorrhaged talent, with names such as Kristen Schaal, Joe Mande, Kurt Braunohler, Glennis and Matt McCarthy, Sara Benincasa and nearly all of the Harvard Sailing Team taking the wagon train west. Getting Nick Turner back—even just temporarily—is a point of pride.

Things to look forward to in 2013
Comedy Bar
The opening of this new venue from Peoples Improv Theater owner Ali Farahnakian promises comedy happenings seven days a week in a spacious environment where a trip to the bar won’t interrupt the show. Even though it’s been open only a couple of weeks, it’s already hosting events, including a musical-comedy open mike run by Jessica Delfino.

Stolen House
In light of the steady cult following of Chicago improv duo David Pasquesi and TJ Jagodowski, the Barrow Street Theatre and Gravid Water creator Stephen Ruddy are teaming up this winter to bring a supergroup of improvisers to Gotham this spring to perform a new show directed by Ruddy. In addition to Pasquesi and Jagodowski, the cast includes Bob Dassie, Stephnie Weir, and New Yorkers Scott Adsit and John Lutz.

The good news: Comedy has never been more ubiquitous. It overwhelms new media—Twitter, web series, podcasts—and its foothold in the old media ain’t too shabby; chances have never been better that your pizza-delivery guy has opinions about Daniel Tosh. Thankfully, this seems to have only increased locals’ hunger for live comedy. Storytelling continues to grow as a comedy medium, and the more popular podcasts are selling out their live tapings. But the recent, massive migration of comics to L.A. leaves a vacuum, and as more venues open, NYC’s up-and-comers need to not only fill that space, but own it.