Rashaun Mitchell goes the distance in his new dance

For his latest work, Rashaun Mitchell is focusing on choreography with, as he puts it, “a capital C.” Text, visual design, collaborators—they’re all off the table this time around. “They started to feel a little like crutches,” he says, “and I wanted to see what it would be like for me to focus on making a dance in a more traditional sense.” He removed himself as well. Light Years, featuring Hiroki Ichinose, Cori Kresge, Silas Riener and Melissa Toogood, marks the first time he’s not dancing in one of his works. Instead, his aim is to show off his cast: “I wanted to make something for them.”

What is your vision for Light Years?
I have four dancers in front of me, and it’s made me consider why we’re doing this together and why we’ve chosen to work with each other. I wanted to make something for them. I wanted to work with people I knew really well. Because I was taking myself out of the picture, I felt like I needed to examine my own history a little bit. For the most part, we’re all from a Cunningham background. I felt like I needed that kind of support system around me to experiment more fully.

Initially you created solos for each dancer. How did you start?
I took various pieces of text—I was working with James Baldwin’s Giovanni’s Room and Samuel Delany’s Nova—and asked the dancers to create responsive gestures to them. When you’re working with one person at a time, certain questions come up about their preferences, their restraints, their lineage, their training, their history and just the idea of how we shape and craft our own identities. What parts of us are borrowed or stolen or native or intrinsic? I was trying to find a way to provoke those things and blur them.

What kind of movement emerged?
Their responsive gestures were limited to parts of the body, so first we started with the rib cage, and once I got 10 or 12 responses, I created a sequence out of them. Then we did the same thing with the pelvis. Once I had those two things, I remounted them onto the legs and arms. It was a recoordination of the body and moving from something that is initially very much a natural, personal response to then formalizing it until it feels foreign but having to reconnect it and practice it until it begins to feel natural again.

The word travel comes up when you talk about this piece. Why?
It’s about examining my own progress as an artist and moving forward. I was reading a lot about evolution and Jared Diamond and also thinking about various kinds of human migrations over the course of this earth’s history and taking that idea and mapping that to dance. I was thinking about lineage and legacy and the accumulation of information in our bodies. What do we do with it? How can we move it forward?

Are you trying to distance yourself from Merce Cunningham?
I don’t think I can get away from him. It will always be with me, and I can’t pretend that it’s not.

Is this a way of accepting it?
Yes. Attempting to rebel from it or to negate it gives it even more power. I’m just trying to accept that it’s a part of my history and that I spent a lot of time trying to advance inside of his ideas. It’s definitely influenced me—how can I accept that and move it forward? But dancers do that.

In what way?
We submit ourselves to these other people’s ideas and their processes. I was thinking a lot about possession and ancestral worship in African religions and cultures and how we’ve inherited that. I grew up going to Southern Baptist churches, so seeing people get the spirit or the laying on of hands or speaking in tongues are experiences I observed and that have very much informed my theatrical sensibility. There’s a parallel between that tradition and the tradition of the contemporary dancer.

What triggered you wanting to take your time with this work?
I had done a piece Performance that premiered at the ICA in Boston. I was biting off more than I could chew, and I made it really fast. It was a big production with a huge installation that was time-based and a live musician—there were all of these elements that were overshadowing the dancing, and I wasn’t able to corral it all in a way that I would have liked to. After that experience, I wanted to give myself enough time to allow the movement material to become more developed. And because of the profile of NYLA, I wanted to feel like I was doing it right. [Laughs]

Because it’s a real theater?
Yeah. That theater is so frontal the angle is down. I have a specific feeling when I go in there, and I’m trying to make it for that space. There’s no set design. The music is original, but it’s recorded. Really it’s just going to be about dancing, light and costumes.

What are you thinking about for the lighting?
It’s going to be pretty bold. I told Davison [Scandrett, lighting designer], “I don’t want any theatrical lights in the show. Is that possible?” He said, “No.” [Laughs] But he was intrigued by the challenge. I’m hoping it’s going to be really beautiful and strange.

What turned you off theatrical lighting?
The piece in my mind doesn’t take place here. Its setting is somewhere unknown, and I think when you go into a theater a space is already peppered with all the previous things that you’ve seen there, so you begin to make comparisons. I’m just trying to figure out if there’s a way that we can render the space differently. With the title, light is an important image.

Seriously?
I know. It’s weird. But my access as an artist has been more about process. I love taking dance class. But when it comes to performing, I just don’t love it that much. I think I’m good at it, but I don’t get a lot from it other than anxiety. [Laughs] So I’m just relieved to be on the other side. 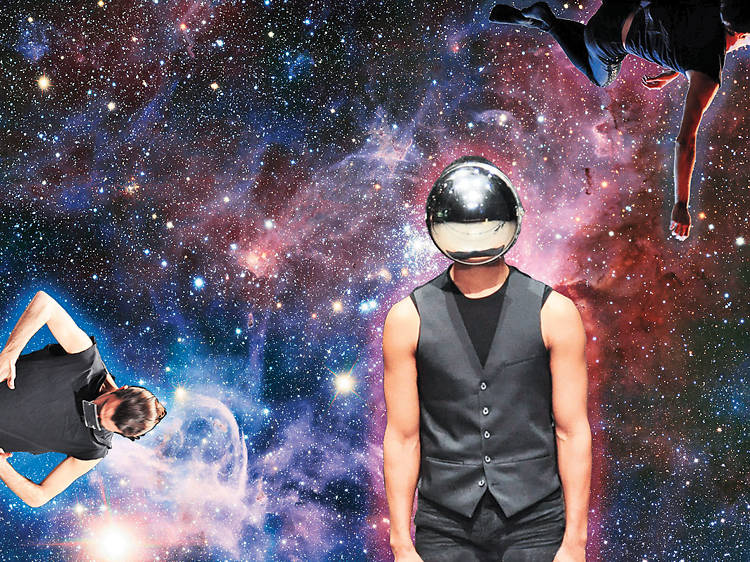