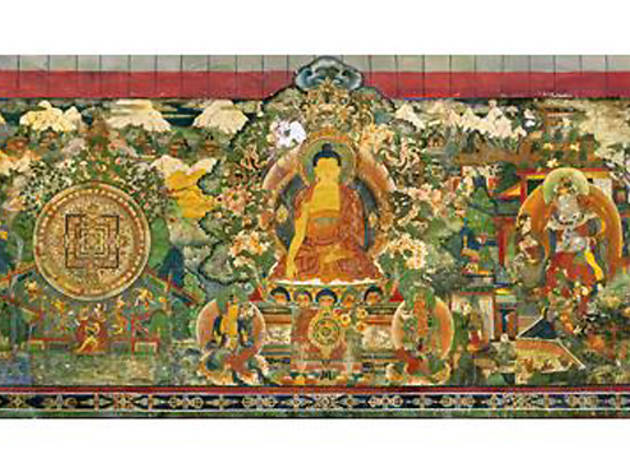 1/5
Photograph: Thomas Laird and Clint ClemensRevelation of the Kalachakra Mandala to the First King 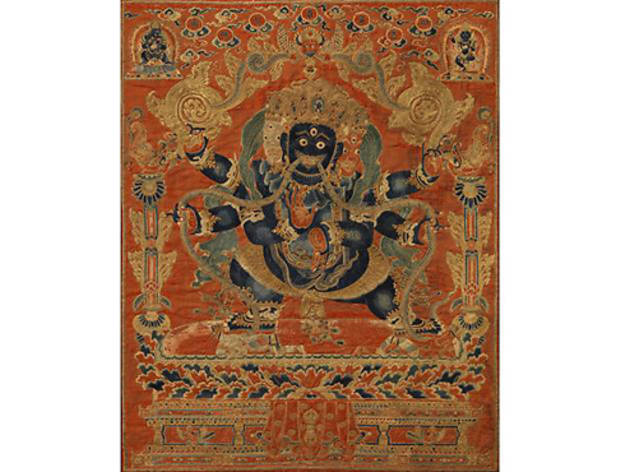 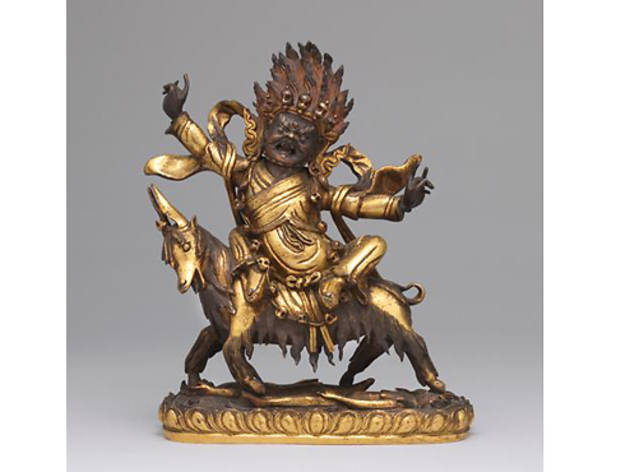 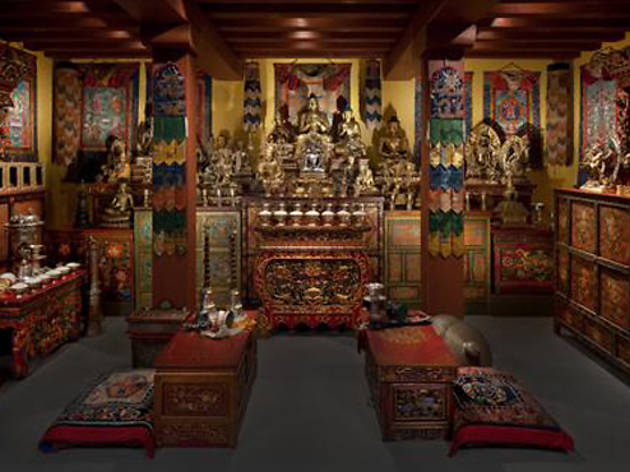 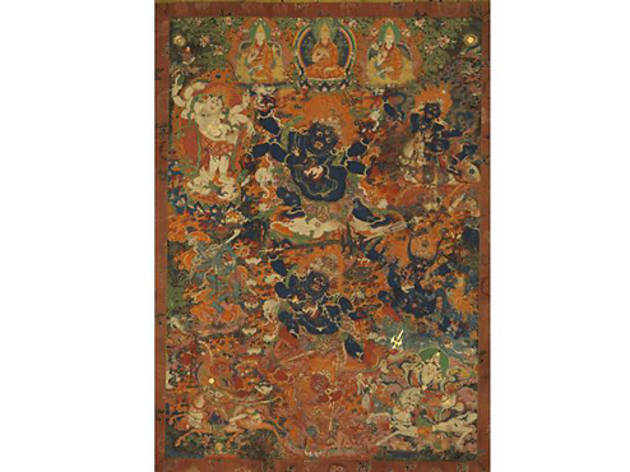 Lukhang mural images
Photojournalist Thomas Laird and photographer Clint Clemens snapped pics of murals in the Dalai Lama's private temple at his winter residence, the Potala Palace, in 2009; their digital images capture the cracks and water damage the works have suffered since being painted around 1700. The intricate work contains a narrative from one of Tibetan Buddhism's treasure texts. "The [text was] only recently identified, and it actually hasn't been studied in detail," museum curator Christian Luczanits says. "Our hope with this display is that scholars will come here to look at the murals and improve our knowledge."
Where to find it:"Masterworks: Jewels of the Collection," ongoing

Mahachakra Vajrapani
This rare Chinese silk-and-gold textile can be displayed only for six months of the year so the 600-year-old threads aren't damaged. The museum aggressively pursued the piece—which survived China's Cultural Revolution—because of its age, quality and condition. Unfortunately, the person selling this took it upon themselves to mend the mangled embroidery.
Where to find it: "Masterworks: Jewels of the Collection," through mid-September

Damchen Garwai
This lesser demigod from 18th-century China and Tibet is a local protector, riding his goat over a sea of blood and corpses. "Often, wrathful objects give you more chance as an artist to have fun," says Luczanits. He is depicted with a fiery mane, alluding to his veneration by metalsmiths.
Where to find it:"Gateway to Himalayan Art," ongoing

The Tibetan Shrine Room
Start your trip in this second-floor space, which sets a meditative tone with lit candles and recordings of Buddhist chants. The items on view here are on loan from collector Alice S. Kandell, and include statues, Tibetan furnishings, textiles and more. "The special thing about this exhibit is the assembly of relics from different regions," says museum curator Christian Luczanits.
Where to find it:"Gateway to Himalayan Art," second floor, ongoing.

Diverse Forms of Mahakala and Other Protectors,1805–1815
Scholars know that this piece, unlike most East Asian art, which can be difficult to identify beyond a time period and a region, was created sometime during the lifetime of the ninth Dalai Lama (who is pictured on the top right side of the piece). Luczanits describes the work as being done in "Dalai Lama court style" (meaning it's especially ornate), noting the good quality of the hanging scroll and the exceptional artistry used to create it.
Where to find it:"Masterworks: Jewels of the Collection," ongoing.

Green Tara
The museum is preparing an exhibit (to open next year) devoted to the Tenth Karmapa, a high-ranking Buddhist figurehead who created this sculpture. "His style is so distinctive," explains Luczanits. "He was very fond of nature, so you have these flashy flowers instead of Lotus blossoms." Meanwhile, Buddha is relegated to barely more than an accessory, sitting atop this goddess's head.
Where to find it:"Masterworks: Jewels of the Collection," ongoing.

Base with lions
It's missing the Buddha who would have sat atop it, but this early-seventh-century base found in modern-day Pakistan still has a special place at the Rubin: It's the oldest piece in the museum's masterworks exhibit. Its value on the market, however, was compromised because of the misplaced deity. The pedestal also shows the double-petal-lotus motif that was copied by Tibetan artists, including the Tenth Karmapa.
Where to find it:"Masterworks: Jewels of the Collection," ongoing.

Goddess Marichi
This exceptionally crafted statue came from the school of Zanabazar, the great Mongolian artist. He was known for incorporating Nepalese styles from about 400 years earlier, and this work was most likely one part of a monastery set of Buddhist deities. According to Luczanits, it's one of the best examples of the pieces produced in his workshop in the late 17th to early 18th century that can be seen outside of Asia.
Where to find it:"Masterworks: Jewels of the Collection," Third Floor, ongoing.

Mask of Begtse
Only a few examples of masks produced in Mongolia for a short period during the 19th century exist. Coral was used to create the visage of this deity, who is traditionally painted red; Luczanits thinks that the stone, which was acquired through trade along the Indian Ocean, may have come from India. Dancers would wear the 30-pound mask, peering out between the forks in the tongue, during rituals meant to scare away bad spirits.
Where to find it:"Masterworks: Jewels of the Collection," ongoing.

Dancing Ganapati
In this piece, Ganapati, who is related to the Hindu god Ganesha, balances on a hybrid of a rat and mongoose who spits pearls as a sign of good fortune. The artistry of the sculpture—the movement of its arms and its resemblance to an elephant, which sometimes perplexed Tibetan and Chinese artisans who had never seen the animal—makes it one of the more visually stunning items in the collection, says Luczanits.
Where to find it:"Gateway to Himalayan Art," ongoing.

To truly immerse yourself in Tibetan culture, stop by swanky Caf @ RMA on the first floor for authentic regional cuisine, such as the Himalayan vegetable momos, steamed dumplings that would look at home on a dim sum spread ($9.50) or Bhutanese ema datshi ($10) a spicy cheese-and-vegetable dish served over rice. The Caf also pours wine and specialty cocktails during the museum's Wednesday Happy Hours (5–7pm) and K2 Friday Nights (6–10pm).