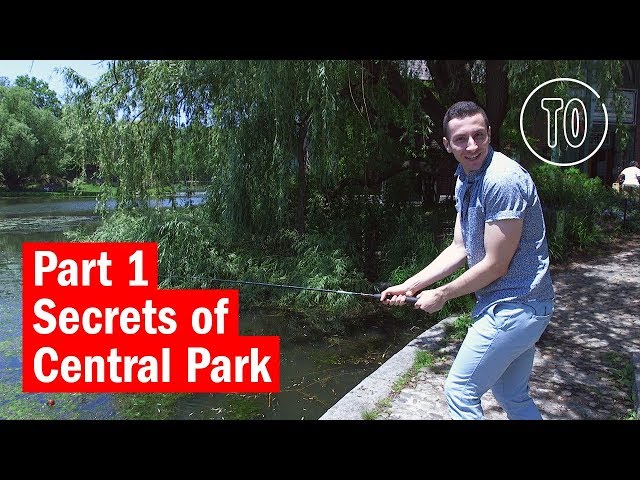 New Yorkers may not have backyards, but we do have Central Park: 843 acres of natural beauty tucked between Fifth Avenue and Central Park West. There’s just so much to do in Manhattan’s biggest green space—from scavenger hunts to picnics in Sheep Meadow to horseback riding around the reservoir to going on a photo safari.

But if you’re only hitting the most popular parts of the park, you’re missing out. Once you stray off the main drag, you’ll find countless serene meadows, secret paths and long-forgotten landmarks just waiting to be discovered. So rent a bike—you’re going to need to cover a lot of ground—and get ready to explore these 11 hidden parts of Central Park. It’s what designers Frederick Law Olmsted and Calvert Vaux would have wanted, after all.

The Whispering Bench in Shakespeare Garden
Upper West Siders and fans of the Bard have probably heard of the Shakespeare Garden, the four-acre expanse planted with flowers and plants mentioned in the playwright’s works. Each bed of columbine, quince, rue, lark’s heel, wormwood or cowslip is labeled with a small plaque featuring the relevant quote. Even if you’ve visited the garden before, you might have missed the one-of-a-kind curved granite bench. If you sit at one end and whisper, a friend sitting at the other end will be able to hear you, loud and clear.

The Loch
Though it’s now known as the Loch, the stream running through the North Woods of Central Park used to be called Montayne's Rivulet in the 17th and 18th centuries. It connects the Pool and Harlem Meer, and Olmsted and Vaux dammed it in three places to create stunning manmade waterfalls. The Central Park Conservancy also just completed renovations on the overgrown forest, making the vistas that much more spectacular.

Glen Span Arch and Huddlestone Arch
Two stone arches mark the Loch’s journey across the Ravine. Toward the southern end, West Drive runs atop the geometric stones of Glen Span Arch. Walk underneath the bridge to discover two hollowed out grottos. Then, walk north along the stream to find Huddlestone Arch. The 1866 structure was constructed without any mortar, relying on gravity alone to keep the massive Manhattan schist boulders in place.

The ruins of Seneca Village
Before Central Park was even a twinkle in Olmsted and Vaux’s eye, a small, predominately African-American village stood on the western edge between 82nd and 85th Streets. Though more than 200 people lived there, the state legislature authorized the use of eminent domain to take possession of the land in 1856. Once the villagers left and their homes were razed, New Yorkers largely forgot about Seneca Village—until the ‘90s, when Roy Rosenzweig and Elizabeth Blackmar’s book "The Park and the People: A History of Central Park" was published. Then, in 2011, an archaeological dig uncovered the stone foundation of a home and several other artifacts, including a child’s shoe and copper kettle. These days, history buffs can take tours of the site from the Central Park Conservancy.

Bank Rock Bay
You’ll find this bird watchers’ paradise at the north end of the Lake. Few visitors discover the narrow inlet encircled by trees, so it’s an ideal spot to sit quietly with a book or watch for some of the 200 species of birds who live in the park.

The Blockhouse
Head to 109th Street and Central Park West to find the park’s oldest building, the Blockhouse. Though it was one of many fortifications constructed during the War of 1812, this rugged stone structure is the sole survivor. Don’t be confused by it’s lack of a plaque—thieves are notorious for removing them. Cyclists, take note: It also makes the perfect destination for a long bike ride.

The former site of the Academy of Mount St. Vincent
The first institution to offer higher learning for women in New York was also once located in the middle of Central Park. In 1847, a community of nuns founded the Academy of Mount St. Vincent in what is now the northeastern corner of the park. Though the sisters moved before the park opened, the building remained and was later used as a restaurant, hotel, art gallery and even military offices during the Civil War. Sadly, a fire destroyed the structure in 1881, but you can still visit the location. Fun fact: The park uses it for composting these days.

Hallett Nature Sanctuary
As it just reopened to the public in 2016 after more than 80 years, the Hallett Nature Sanctuary is certainly the newest addition to this list. It was originally closed off to become a bird sanctuary, but in the intervening years, the four-acre woodland became horribly overgrown with invasive species like Japanese knotgrass, wisteria and Norway maples. Now that those plants have been cleared and the original paths restored, it’s once again open to visitors for limited hours.

The Ramble Cave
You’ve probably walked the Ramble before—and maybe even passed by what appears to be a set of stone stairs. Few people realize, however, that this is the bricked-up entrance to a natural cave. In the park’s early years, the Ramble Cave was a popular hangout for children, teenagers and troublemakers. Too popular, in fact—after a man committed suicide there and hundreds of other men were arrested for “annoying women” at the spot, the cave was closed for good. Look out for the stone staircase to catch a glimpse of the remnants today.

The secret Christmas tree for pets
This tree is so well hidden that it’s location is actually a secret—seriously, even we don’t know how to find it. Every December, grieving pet parents head to a tree deep within the park to hang ornaments, mementos and photos on its branches. Out of respect for the group’s desire to keep their sentimental holiday tradition private, no members will reveal the location. If you go for enough walks through the parks forest in December, though, you might just catch a glimpse of this sweet memorial.

The original 1811 survey bolts
You can thank John Randel Jr. for the Manhattan grid system: He was the chief engineer for New York City’s street commissioners in the early 1800s, and spent years painstakingly surveying the island’s land. Randel eventually submitted three hand-drawn, nine-foot paper manuscripts of the proposed grid, then spent 10 more years marking all of the city’s intersections with white marble markers or iron bolts. Most have been lost to the ages—but adventurers have discovered at least one bolt and two white marble markers in Central Park. The conservancy chose not to mark their location, for fear too much foot traffic would destroy the historic artifacts. Still, hopeful seekers need only track down would-be intersections within the park (some say they’ve had the best luck in the southern section of the park) to find them. 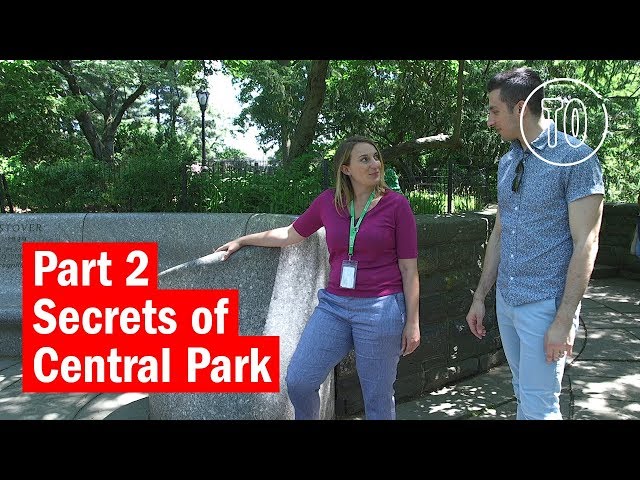