Brandi Carlile explores forgiveness on the best album of her career

To forgive someone or yourself doesn’t usually come quickly. For some, the ability to move past the hurt and pain can seem insurmountable. But it's not impossible or hopeless, according to singer-songwriter Brandi Carlile's latest album, By the Way, I Forgive You. It’s a timely, powerful collection of songs that covers themes both personal and universal—breakups, marriage, marginalized people, addiction and family relationships—augmented by Carlile’s passionate singing and a range of styles that includes intimate folk tunes and sweeping, orchestral Americana anthems. The message is that while forgiveness isn’t easy, it can be cathartic and provide closure. It’s worth it. Ahead of her three-show run at Beacon Theatre, Carlile discussed the stories that inform her eloquent, empowering new record.

How does one find the ability to forgive?
It's a radical and trembling concept that is so much easier said than done. And so much easier talked about than actually done in our hearts: towards the things that we can't control and towards the things that someone may or may not even be sorry about or aware of. And there's a wealth of love and compassion to draw from in that sense writing these songs.

The opening track, “Every Time I Hear That Song,” which is about a tune on the radio that reminds you of a past relationship, really sets the tone for the album.
I think that’s like your fundamental hurt: the first one, the biggest one, the one that’s the most important. You heal up and you move on. But one of the things that can bring you right back to that space again is a song that reminds you of that time and that person.  That’s a remnant that just doesn’t really go away.

Your most recent single, “The Joke,” is such an uplifting anthem for marginalized youth.
It was inspired by a series of specific incidents—the helplessness I felt last year when the emotional temperature changed in our country toward immigrants, LGBTQ people, refugees, the poor and women who thought we were on the cusp of poking our heads up above the glass ceiling—and just needing to be reminded, and to remind others, that we know who triumphs and we know how it ends, and we know that love already conquered the world.

Then the ballad “Party of One,” a meditation on marriage, ends the record on a hopeful note.
I think that heterosexual people have been experiencing marriage for so long, maybe they’ve forgotten, in a certain sense, what that feels like: to know that when something goes wrong, fundamentally there’s a tie that binds that comes with marriage that makes you feel at home at the end of your row. Whether or not you do or you don't, it does feel different to be married than to not be married. As a gay woman, that was a really beautiful thing for me to experience in real life.

This record continues your long collaboration with bandmates Tim and Phil Hanseroth that dates back to your 2005 self-titled debut album. How do you explain your chemistry together?
Like a cult. [Laughs] We're really deeply influenced by one another. It's a very vulnerable arrangement in that we're always moving in tandem with one another, and it's very funny to be in such an intimate arrangement with a set of twins who are by default codependent and twinny. [We're] bonded in a way that is a little bit otherworldly, and our kids don't see each others as cousins but as siblings, and we all live in the same place. We really think somebody should come and make a sitcom out of this

What would you like for people to take away from this record?
That everybody is somebody’s baby. Every junkie, every person that you don’t agree with politically, every unidentified Jane Doe, every oppressor, and everyone who is oppressed. Radical forgiveness is required to live a long and happy life. 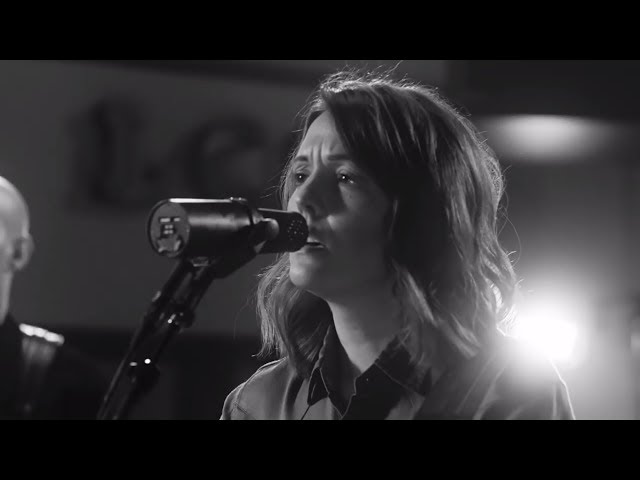