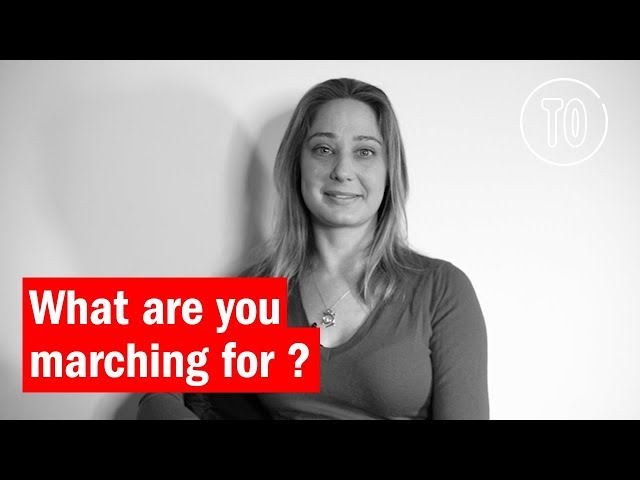 The day after you-know-who’s inauguration, the largest one-day protest in history shook the world. The Women’s March in NYC, orchestrated by Katherine Siemionko and her kick-ass alliance, inspired millions of people of all ages to parade, chant and carry signs supporting basic human rights not only for women but for every individual, regardless of race, ethnicity, religion, gender and sexual orientation, in the city’s streets. One year later, the march is back with more bite. And there was a lot to chew in 2017 (we’ll leave it to your Twitter feed to remind you of all the gory details). But to quote our spirit mother Oprah Winfrey, “a new day is on the horizon.”

Before the march on Saturday, January 20, attend a rally in Central Park (61st to 62nd Streets at Central Park West) at 11:30am. The procession begins at 12:30pm, and the route goes through Columbus Circle, then east on 59th Street and south on Sixth Avenue with exits at 45th, 44th and 43rd Streets. The NYPD will allow marchers to start lining up along Central Park West at 10am. (Check out the map of the march below.) Registration is not required, but let the Women’s March Alliance know you’re attending via Facebook (facebook.com/pg/womensmarchonnyc/events). Make sure to wear good walking shoes and get ready to make #HerStory.

To get you inspired for the worldwide affair, we asked a few Gothamites why they’re participating in this year’s event.

“I am a mother of a three-year-old girl. This year, because change (and politics) starts at home, I’ll have my little one by my side. She won’t just be on my poster, but inspiring me to keep working toward change. It is important for critics and naysayers to see mothers (especially of young children) on the front lines of movements. #MeToo, but hopefully, never #HerToo. Hopefully, it will be different for our daughters.” — Julia Sorrentino, 35, Astoria

“At last year’s march, we showed as a global community that we will use our time, energy, and voices to stand up for what matters—everything that Trump and his administration do not. Women were leading the charge. This year we are building on that and saying, “we’re still here and this still matters.” —Sarah Fox, 26, Hell’s Kitchen

“I march because I believe women are the mothers, sisters, daughters and friends we all need in order to survive in this world. I march in solidarity and with hope that we will continue to shine light where there has been dark for far too long.”  —Elizabeth Scholnick, 28, East Village

The Women’s March on New York City is Saturday 20 from 11am to 3pm (womensmarchalliance.org)