You'll be able to dance in your own socially distanced spotlight to David Byrne's voice.

It's been a minute since we've gone to any dance parties, but soon, the Park Avenue Armory will open a "Social Distance Hall" to throw one of its own.

SOCIAL! the social distance dance club is an "interactive music and movement-based experience" where audience members can dance in their own socially distanced spotlights to a playlist curated by David Byrne (Talking Heads), Christine Jones (set designer for Spring Awakening, American Idiot, and Harry Potter and the Cursed Child), Steven Hoggett (choreographer and movement director for The Curious Incident of the Dog in the Night-Time and Harry Potter and the Cursed Child) and mixed by New York City DJ Natasha Diggs. An instructional voiceover by David Byrne will play over parts of it, too. Audience members be able to do their own moves or follow spoken choreography instructions but the point is to take part in a "communal moment of cathartic release in an anxiety-ridden time," according to organizers.

Dates for the dance parties are set for April 9-22.

The Armory is also launching a show called Afterwardsness, a show by dancer, director, and choreographer Bill T. Jones and the Arnie Zane Company. It was originally supposed to open on Thursday, but a few of its performers tested positive. The new dates are May 19-26.In this performance, nine dancers will evoke the isolation and trauma we incurred from the pandemic and the ongoing violence against the Black community. Music will include works by Holland Andrews and Pauline Kim, a violin tribute to George Floyd entitled "8:46," and excerpts from Olivier Messiaen’s wartime composition "Quartet for the End of Time." Afterwardsness was pre-recorded in the Drill Hall in the fall of 2020 for future broadcasts.

Later on, the Armory will host Party in the Bardo, a series of "sonic meditations" created by musicians who will create layers of sound over "Lou Reed: Drones," a soundscape that utilizes guitars from Reed’s collection that's curated by his former guitar technician Stewart Hurwood. This will all be done in concert with music by MacArthur "Genius" Jason Moran and movement by multi-Grammy Award-winning performance artist Laurie Anderson. 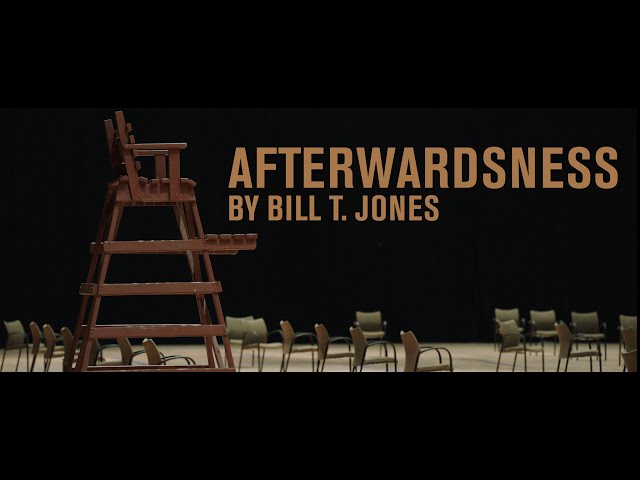 The Social Distance Hall is actually what the Park Avenue Armory is calling its 55,000-square-foot Wade Thompson Drill Hall, which has several rooms and entrances with an airflow similar to being outdoors, the Armory says. Other precautions will be taken, including capping the audience at 100 (about 10% capacity), spacing people at least nine feet apart, mask requirements, on-site rapid testing, temperature checks and e-tickets.

"Safety is our paramount concern, and after carefully choreographing every aspect of rehearsals, workshops, and a cast-audience filming of Afterwardsness, and following a review of our processes and protocols by the Department of Health, we are confident that these programs will be safe and powerful experiences for audiences hungry for the kind of connection and community that only live arts can provide. We will cancel the productions if health conditions do not permit the opening,” Rebecca Robertson, Founding President and Executive Producer of Park Avenue Armory, said before three performers tested positive.

“Over the past months, it has been invigorating to offer employment to the artists and workforce of the cultural sector when such offers are so scarce," she said. "And it has been an honor to work with artists who have reflected this time is such varied, revelatory, and nuanced ways and with such artistry. They have pushed their practices in new directions, which will provide audiences with rare and unconventional experiences."

You can check for new performance dates on the Armory's website.