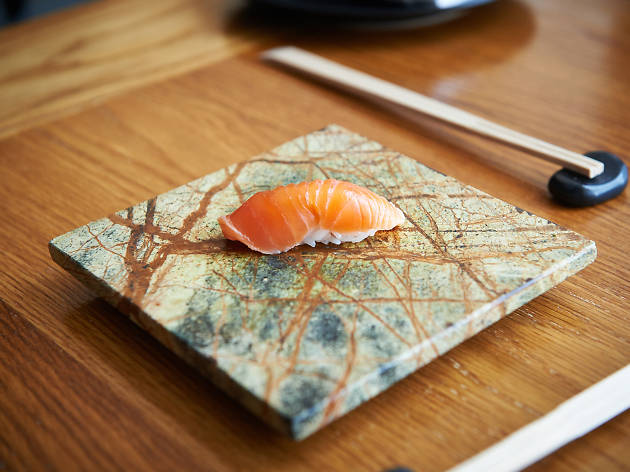 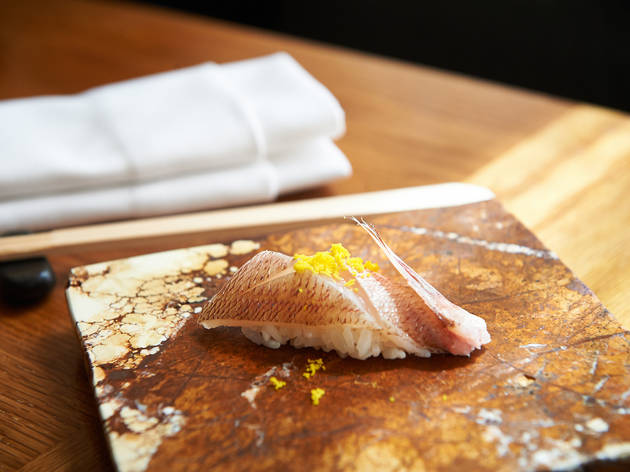 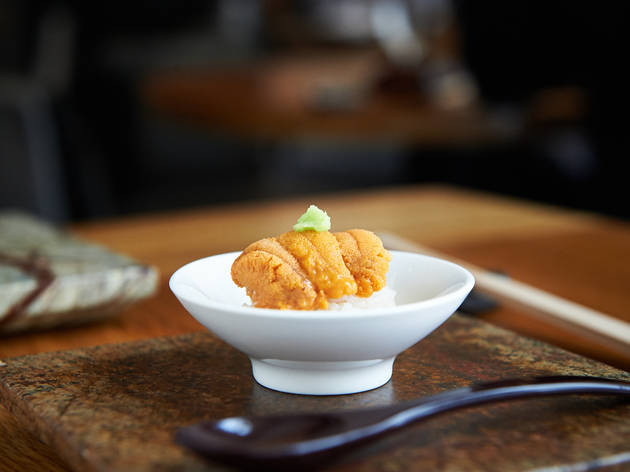 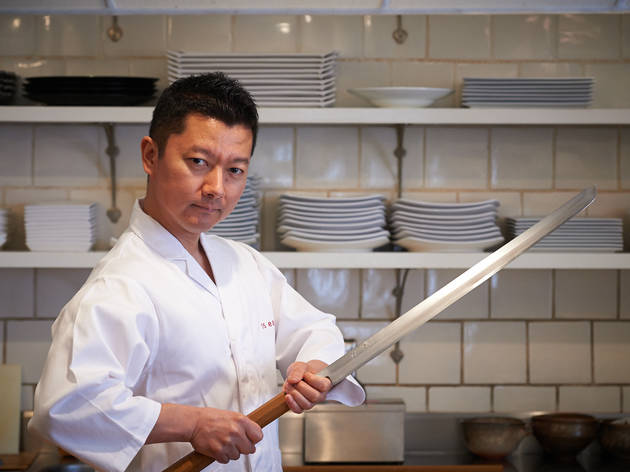 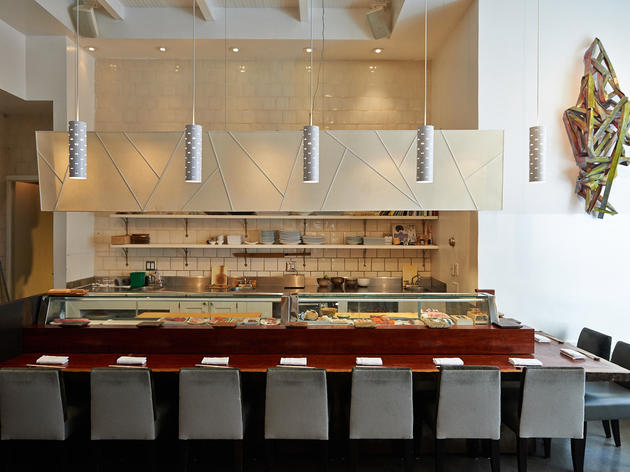 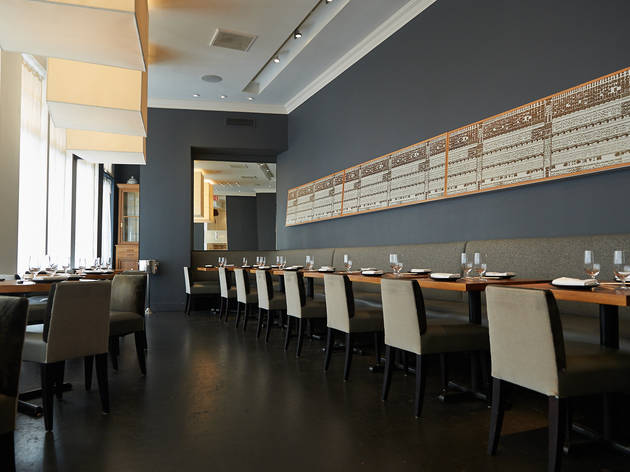 New York is the city of self-invention. This is no more apparent than in today’s restaurant scene. March became Nish, Onera transformed into Kefi, and now two downtown gems, the old Tocqueville and Sumile, are the raw-fish hideaways 15 East and Sumile Sushi, respectively. The talented Josh DeChellis, who in 2003 started the innovative Japanese-French hybrid Sumile, helms the latter; Tocqueville co-owner Marco Moreira has returned to his aquatic roots—he was trained as a sushi chef—in that restaurant’s former space, where he’s assisted by Jewel Bako veteran Masato Shimizu.

Architect Richard Bloch (Masa) muted the colors and created a distinct sushi bar and dining room at 15 East, turning what felt like a country inn into a solemn temple of Japanese cuisine. Meals here are also deadly serious: The service is slow and martially precise—water glasses were filled and edamame shells discarded with eerie regularity. The multi-page sake list is decent, and the sushi is very expensive: ten pieces of nigiri for $55; à la carte still more punitive.

Fortunately, it’s worth the steep prices. The fish was consistently luscious: The scallop was as smooth as chocolate mousse, and almost as sweet. If arctic char always tasted as buttery as it does at 15 East, it would no longer be the ugly duckling of the salmon family. I also tried several grades of tuna—for the aficionados, there’s a $75 sampler with six different cuts—including an otoro on par with the city’s best.

I was less impressed with the nonsushi courses. For one appetizer, Moreira fried brine shrimp with shredded onions and carrots—think tempura meets a latke—into a delicate cake that, unfortunately, tasted mostly of oil. A clear shrimp broth had an uncanny flavor of burnt wood—again, refined technique with questionable results. The bland snow-crab-and-snapper rice pot was the kind of dish that’s forgotten an hour after eating it.

That’s one thing I wasn’t worried about from DeChellis: The original Sumile was memorable and wildly daring. But Sumile Sushi lost much of its personality in the recent switch.

While there’s nothing wrong with the sushi—the prices are more reasonable than on 15 East’s prohibitive menu—precious little was special. The meal starts and ends the same way as before—with spiced rice wafers and gelatinous black sesame cubes—but compared with 15 East, the sushi is merely standard, an impression amplified by the rapid service. A spicy tuna roll was served too cold; the scallop had a bittersweet finish; a $16 piece of caviar sushi, just fish eggs on rice, measured up poorly alongside 15 East’s fatty tuna and caviar—a combination DeChellis offered winningly a few years back.

I was equally disappointed in the entrées, including an overcooked, $36 chili lobster, which was cut in half and served in its shell with a goopy sauce.

Sumile Sushi retains some remnants of its past life, including the delightful egg custard with duck confit. The space, too, is comfortingly familiar: The drinking area has been converted into a sushi bar, but the modern, chapellike dining room remains fundamentally the same. Someone knew not to tamper with that good thing—if only the same approach had been taken with the food.