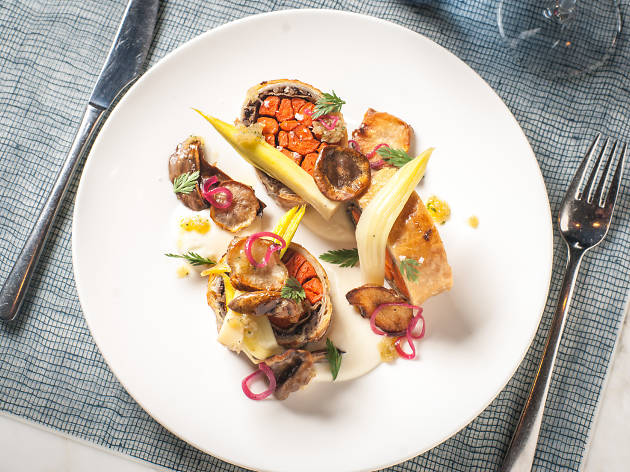 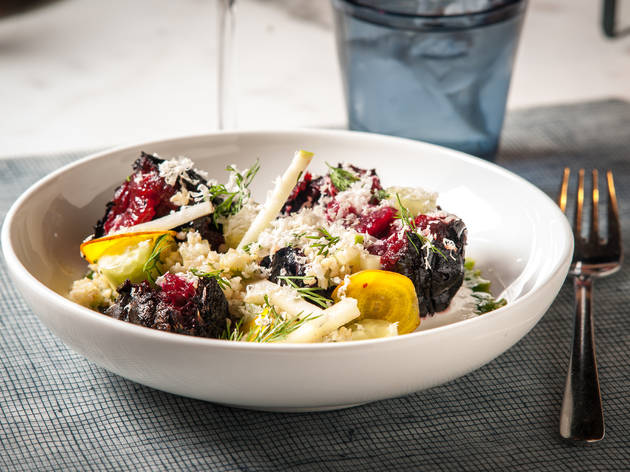 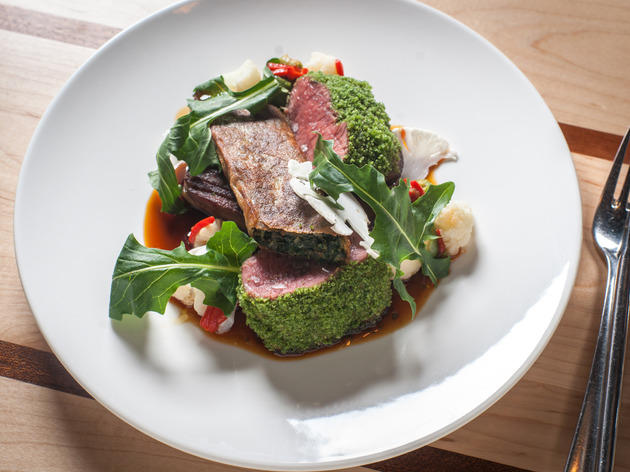 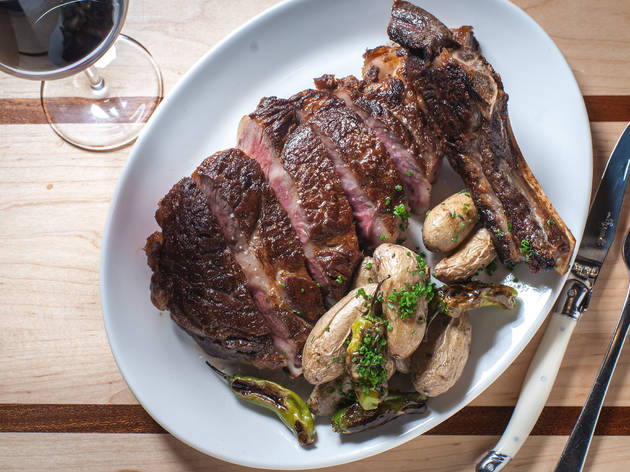 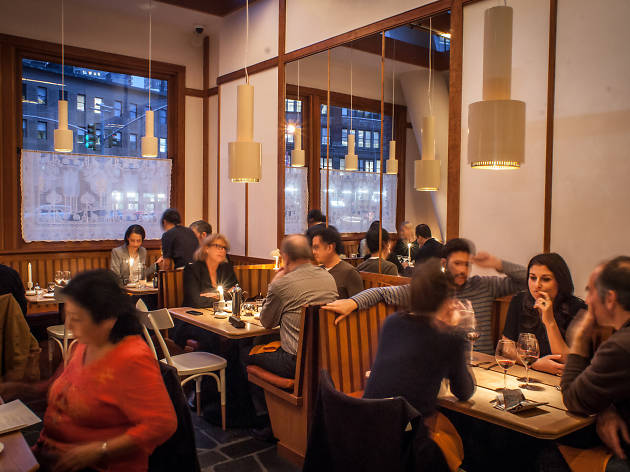 It’s hard to believe that a few short years ago, meathead chefs ruled the day, pushing gout-baiting, nose-to-tail feasts and plundering pork-belly reserves into short supply. In those go-go times of beast worship, the seasonal-vegetable gospel played more humming background note than rip-roaring solo. That is, until a worldwide foraging craze made field pickings cool again and signature vegetable dishes became the new reputation makers. John Fraser—chef-owner of Michelin-starred Dovetail—is the latest adopter of the vegetable high altar, and his carrots Wellington at Narcissa sends up a fittingly sublime hymn.

For a dish that sounds like the token vegetarian option at a bad 1980s wedding, this Wellington is entirely novel. The sweet, brined carrots are tinged hauntingly bitter by a coffee-cocoa rub, their juicy flesh downright pampered by buttery puff pastry and silky sunchoke puree ($20).

The restaurant space itself is less than transcendent, about as navigable as the Bermuda Triangle, with a basement bathroom two zip codes away and a main dining area chopped up by wooden masts and zigzag banquettes. This carpeted room would look like a Marriott breakfast buffet were it not filled with black-clad art directors and Coen brothers look-alikes.

But a card-carrying locavore chef couldn’t ask for a better home than the Standard East Village hotel, whose proprietor André Balazs owns an upstate farm that funnels produce directly to the kitchen. And John Fraser proves to be one of this city’s most captivating preachers of produce. The beefless Wellington is nearly equaled by root vegetables spun on the open-kitchen rotisserie as if they were meat. Lush beets ($12) are dressed up as steak, sporting crackling char and creamy horseradish, while tender, smoky sweet potatoes ($12) wear jerk spices better than most chickens.

It would be noteworthy if Fraser were simply a vegetable sorcerer, but he’s also got a Midas touch with meat. Lamb two ways ($26) yields succulent rounds of loin rosy from edge to edge, and a crisp brick of belly drenched in musky fat. Charred rotisserie rib eye ($48) tastes so rich, you’d think the cow had been taking daily marrow supplements.

It used to be that chefs wanted to let the vegetables speak for themselves, turning out rabbit food incapable of stirring diners less than militant in locavorism. John Fraser smartly whispers through them instead, and it’s worth hanging onto everything he has to say.

Behind the bar: The cocktails are as sharply executed as the food; best among them is a Frisky Cow, a sweet-smoky mix of bourbon, aperol and pimentón.

Cocktail chatter: Fraser is so serious about his veggies that he has an entire gas-fired rotisserie dedicated to them, which he runs up to 18 hours a day.

Soundcheck: Reasonably muffled for one of the buzziest restaurants in town