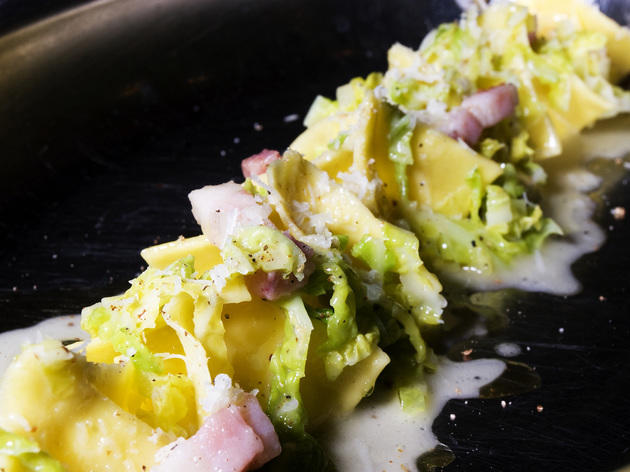 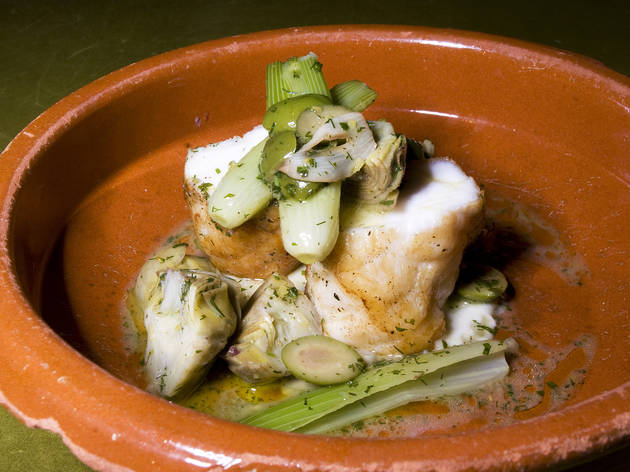 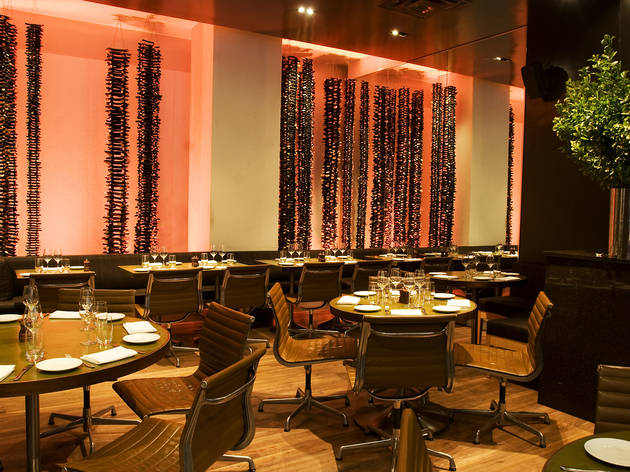 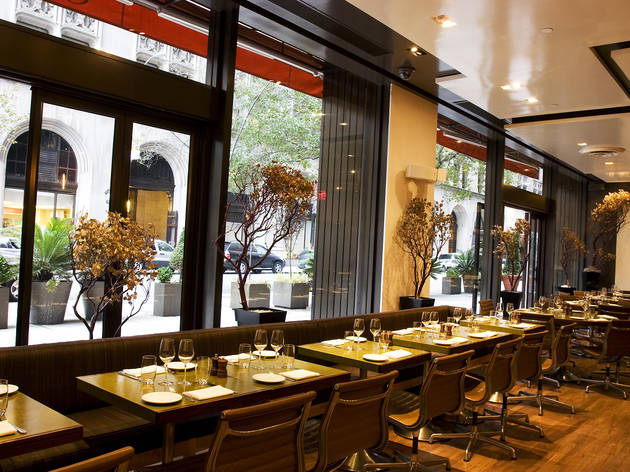 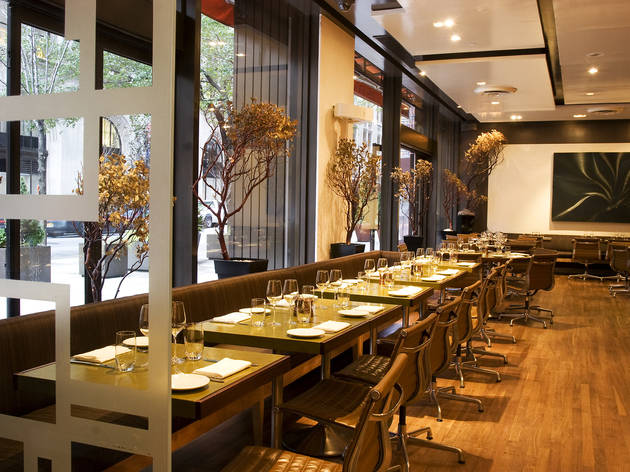 No other team in recent memory is as qualified to run a haute French restaurant as those behind the recently opened A Voce. Chef Andrew Carmellini cooked at Lespinasse and Le Cirque before earning two James Beard Awards at Café Boulud. Pastry chef April Robinson worked for Alain Ducasse and Gray Kunz; sommelier Olivier Flosse cut his teeth at Daniel. But surprise: A Voce is Italian.

Carmellini does have Italian street cred—his first job was at San Domenico. But his partner, Marlon Abela, owns three restaurants in England, none of them Italian—which may explain why the eatery’s aesthetics lean more toward a London conference room than the countryside of Florence. The space, located off Madison Square Park, is a big, loud glass cube decorated with stainless steel, lacquer and Eames swivel aluminum chairs.

At first glance, the menu is not an obvious crowd-pleaser; it is remarkably light on fish and heavy on game meat. When Carmellini hits his marks, he produces some awesome winners. But while press releases suggest the menu focuses on “seasonal simplicity,” I found many dishes to be rather complex. The duck meatballs, a delicious starter, feature foie gras centers and a dried-cherry glaze. Less impressive was the grilled octopus, which was not as tasty as the accompanying peperonata and was hindered by a strong lemon sauce.

Like many Italian menus, the one at A Voce offers a middle pasta course, and it seems that Carmellini has taken his time to get it right. Pappardelle resembles a deconstructed meat lasagna, served with mint and a lamb bolognese. Carmellini also breaks out his grandmother’s wonderfully hearty meat ravioli; the veal, pork and beef filling carries a pleasant tinge that tastes like liver.

I was less entranced by the meat entrées. A pan-roasted tripe was bland; not even tomatoes, borlotto beans and grilled bread could make it special enough to order again. The duck was less revelatory than familiar: From the molasses glaze to the salty finish, it reminded me of barbecued ribs. And if you want greens, you are limited to a few odd sides like fennel or Tuscan kale and turnip.

Robinson’s dessert menu is equally hit-or-miss. The big winners include a chocolate panna cotta and a baked apple, sliced and woven with nuts like an elegant crisp. Despite bearing the restaurant’s name, the tiramisu “A Voce” was nothing special.

Flosse has put together an excellent, reasonably priced wine list that’s half Italian, half French and American. Carmellini’s front of the house team, however, has the annoying tendency to hard-sell without shame: They relentlessly pushed a $12 ricotta cheese preappetizer (the kind of thing that might be free elsewhere), a $55 veal special and unnecessary sides and after-dinner drinks.

Such flaws, along with the cold, noisy room, conspire to make A Voce worth less than the sum of its parts. If Carmellini can finesse the menu and tell his staff to soften the up-sell, I have no doubt that he will prove as formidable with Italian cuisine as he was with French.